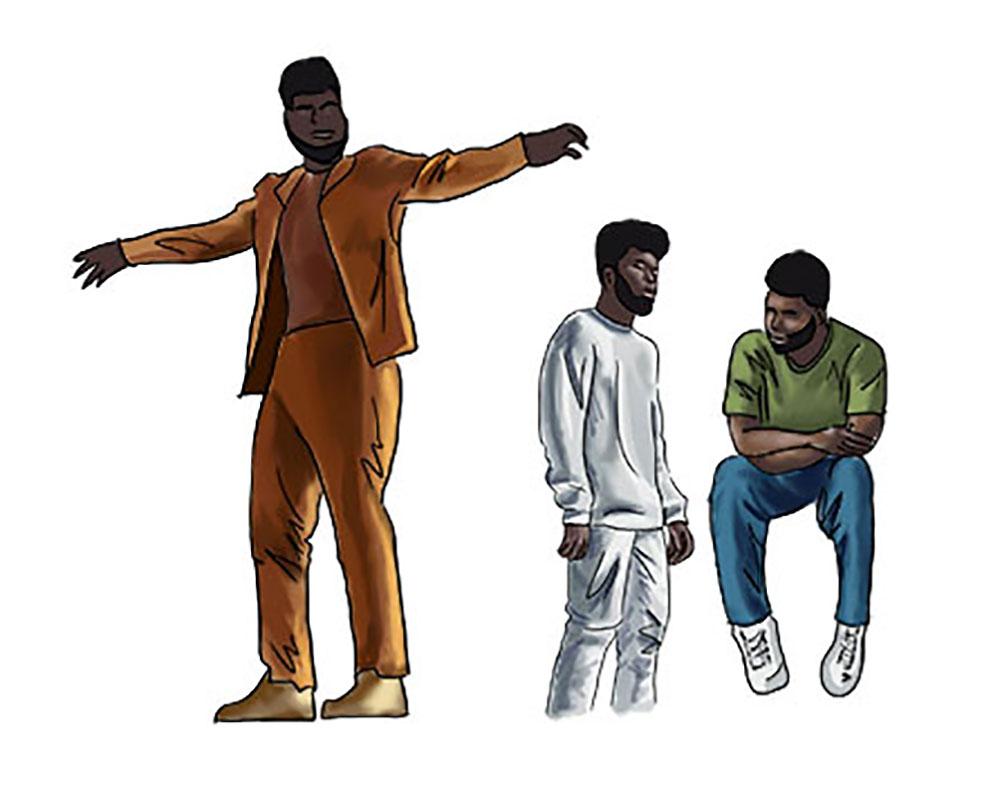 Khalid Robinson, known as Khalid in the music industry, has made a name for himself in the last four years as a writer and producer of his original music. At just 17 years old, Khalid compiled his first album, “American Teen,” while still in high school. The songs featured in this debut album rapidly gained popularity, but it wasn’t until socialite Kylie Jenner posted a video of her dancing to “Location” on Snapchat account that Khalid was propelled head-first into the world of fame.

On April 5, two months after his 21st birthday, Khalid released his second album, “Free Spirit.” Though the general style of his music in his newest album is very similar to his first, there has been a noticeable shift in the topics he grapples with in his music: he has started to delve into deeper topics such as heartbreak and insecurities, but the notes and beats in his music have stayed constant.

“I was so naive and young when I wrote ‘American Teen.’ I thought I knew everything, but I knew nothing at all,” Khalid told Billboard before the release of his album. “I’m at the point of understanding that I still know nothing at all on ‘Free Spirit.’ I feel like the music right now that I’m writing is very self-reflective.”

Man behind the the music

Khalid’s music has always had a very reflective nature; growing up, he says his music was an outlet for him to express feelings about constantly uprooting his life and moving around for his mothers’ job.

According to USA Today, Khalid’s mother, Linda Wolfe, always dreamed of being a singer. Instead, she joined the army to make a better salary, knowing she could not single-handedly raise Khalid amid the instability of a singing career. Her musical talents have not gone unnoticed, though, and Khalid attributes much of his current success to listening to his mother’s voice.

In an article written by Variety Magazine, Khalid revealed that it was only when he and his mom made their final move to El Paso, Texas that he finally broke out of his shell and started uploading his recorded lyrics and melodies onto SoundCloud. The vice president of the talent scouting division for Right Hand/RCA Records listened to and signed with Khalid in 2016, shortly after the release of  “Location.”

Since then, the evolution of Khalid’s music has been subtle, but noticeable to his long-time followers. Junior Olivia Ramberg-Gomez says she has been listening to Khalid since he first started producing, and even attended a small concert of his in San Francisco.

“I have been in the studio pouring my soul and spirit to create a body of work that I hope speaks to each and every one of you.”

“I think when he first started, his music was much more teen-like if that makes sense, especially because he was a lot younger when his first song came out,” Ramberg-Gomez says. “Now, I think his music still has some of the same youthfulness, but also has a new style to it.”

Opinions on the piece

Khalid’s “Free Spirit” album has topped the charts this year, helping him earn his first number one rank on Billboard’s top 200 chart.

“Free Spirit” contains mostly slow-paced songs, but also a few that are more upbeat including “Talk,” “Better” and “Hundred.” Two songs feature collaboration between Khalid and other well-known artists:  “Don’t Pretend,” created with singer-rapper SAFE and “Outta My Head,” created with John Mayer.

Out of the 17-song soundtrack, there are certainly a few standouts such as “Talk” and “Twenty One” that feature faster tempos, hard-hitting beats and catchy lyric. However, the songs that make up the album generally lack distinction from one another. Almost the entirety of the album has a slow-paced tempo and overlaid recordings of Khalid’s voice with similar background drumming beats. These aspects of Khalid’s music set him apart from other artists of his generation, but they make his album feel less interesting to listen to, regardless of the fact that the lyrics show personal growth. This is unlike his first album, “American Teen,” which contained a variety of different messages and melodies throughout, rather than safe and similar sounding ones that are heard in “Free Spirit.”

However, the songs that make up the album generally lack distinction from one another. Almost the entirety of the album has a slow-paced tempo and overlaid recordings of Khalid’s voice with similar background drumming beats.

Khalid sings about relationships throughout the album, but also of heartbreak and maturity. In “Talk” and “Right Back” Khalid explores a difficult aspect of young love — defining a relationship. “Hundred” explains Khalid’s experience with fame and how it changed his life — specifically, the impact it had on previous friendships.

“This album is the culmination of all of the growth and experiences I have gathered over the past two remarkable years.” Khalid said in an interview with Rolling Stone before the launch of his second album. “I have been in the studio pouring my soul and spirit to create a body of work that I hope speaks to each and every one of you.”