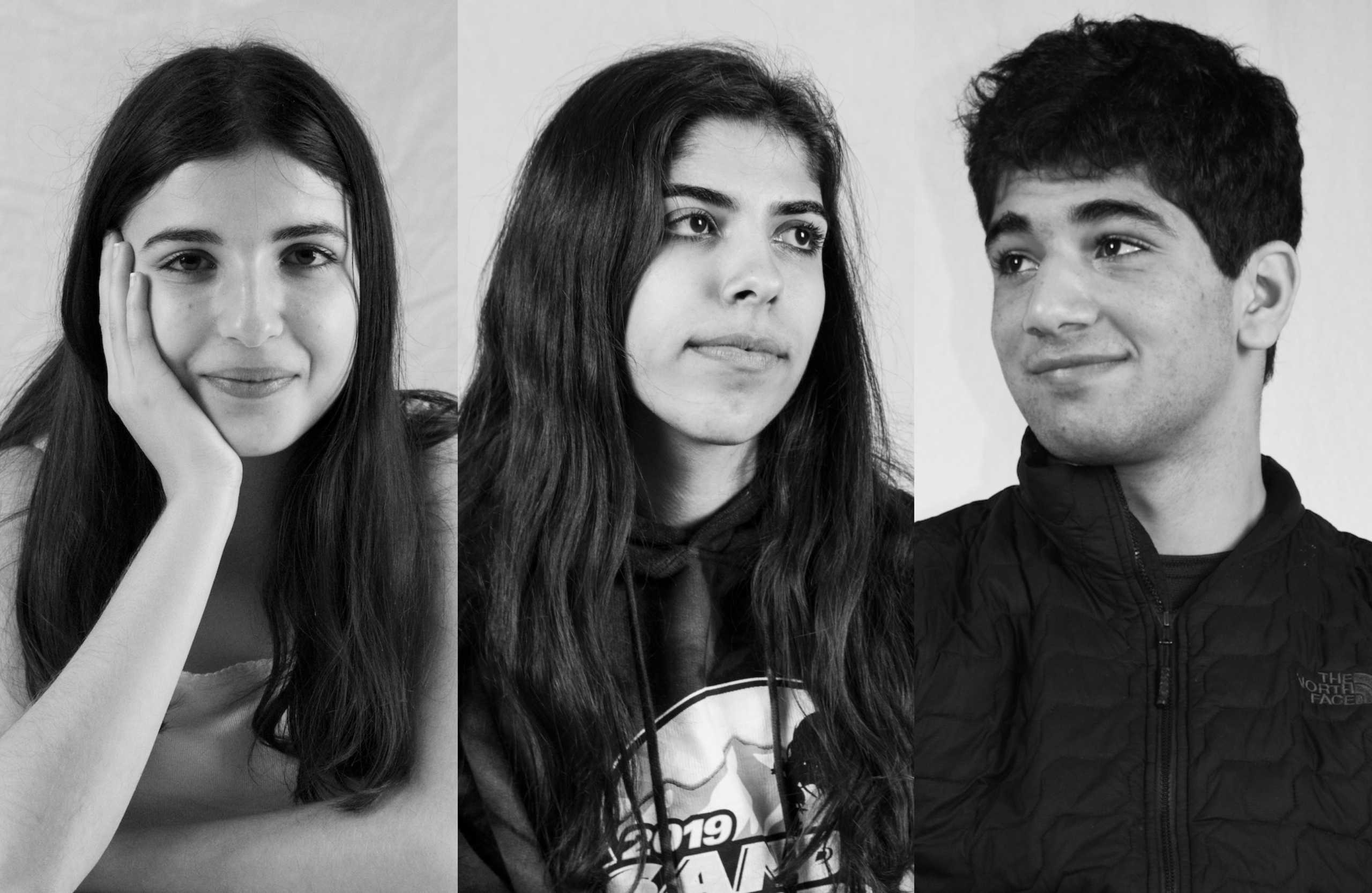 IRANIAN-AMERICAN PALY STUDENTS Palo Alto High School sophomore Anushe Irani (left) and seniors Sanaz Ebrahimi (center) and Dara Heydarpour (right) all have family members living in Iran. They have been impacted by the killing of Iranian General Qasem Soleimani to varying degrees. "We were scared for my grandparents, but we knew one of them has a U.S. [United States] citizenship and the other one has a German citizenship, so they can escape the country if they really need to," Heydarpour said. Photos by Allison Chang

The long-standing conflict between the United States and Iranian governments greatly escalated at the beginning of the year with the killing of the Iranian General Qasem Soleimani. These tensions have been felt even within the Palo Alto bubble; they have impacted some Iranian-American students in personal ways, and have had little to no effect on others.

“This is the first time that I’ve actually started to realize a little more about what it’s like to be part of the minority. Through traveling I [feel] pushback on some of my freedoms. It’s important to not reflect [Iran’s] actions on me. I haven’t even lived there. Just because I am Iranian doesn’t mean that I would do those sorts of things or agree with it.”

Since the assassination of Iran’s top general, Palo Alto High School sophomore Anushe Irani and her family have been wary of traveling internationally.

Although Irani’s family normally travels five to six times annually, stories of Irani’s friends and relatives who have been questioned at the airport — sometimes even banned from returning to the United States — have discouraged her family from traveling internationally.

“I have been affected indirectly for traveling this year,” Irani said. “My family does not want to travel outside the country because we are scared that we may not be let back in, at least for a while.”

To Irani and her family, Soleimani’s assassination has allowed them to better understand how the relations between the two countries can greatly impact individuals like them.

“It’s really hard with the overseas distance anyways, but when they [the Iranian government] shut down the internet a couple of weeks ago, it was terrible because we didn’t even know if they’re [our family] okay or not. Seeing videos of people getting killed on the streets made me nervous, and I was just hoping they were all okay.”

Like many other Iranian-American students, Paly senior Sanaz Ebrahimi has family and friends living in Iran that she goes back to visit at least once a year. With many relatives on her mom’s side living in Iran, the recent events have taken a toll on communications with her family.

In response to the conflict, Iranian authorities cut off access to the Internet over the weekend of Jan. 11. According to Ebrahimi, the restriction of rights is unfortunately not uncommon in Iran, and the reaction to this did not linger for long.

“They [Iranian residents] already live their lives without most of the rights we have,” Ebrahimi said. “Adding an Internet outage to that does not really phase them.”

“I am happy that it kind of died down compared to before, but overall it didn’t really affect me, to be honest. We were scared for my grandparents, but we knew one of them has a U.S. citizenship and the other one has a German citizenship, so they can escape the country if they really need to.”

As a dual citizen of the U.S. and Iran, Paly senior Dara Heydarpour did not feel the impact of the Iranian-American conflict as much as his extended family.

During the conflict, Heydarpour was mostly concerned for the safety of his grandparents living in Iran: with American relations, Heydarpour’s grandparents could be vulnerable to the violent protests in Iran.

Despite Heydarpour’s concerns, he emphasizes that Iran is the place where his grandparents want to live. Iran has been the annual travel spot for him and his family for the last 13 years.

“Most Iranians usually like Americans,” Heydarpour said. “I don’t know any Iranian yet who actually legitimately hates Americans. Almost all the Iranians are hella nice. They’re not American-haters.”

Sikh-ing justice for all: Students reflect on experiences with TSA, school