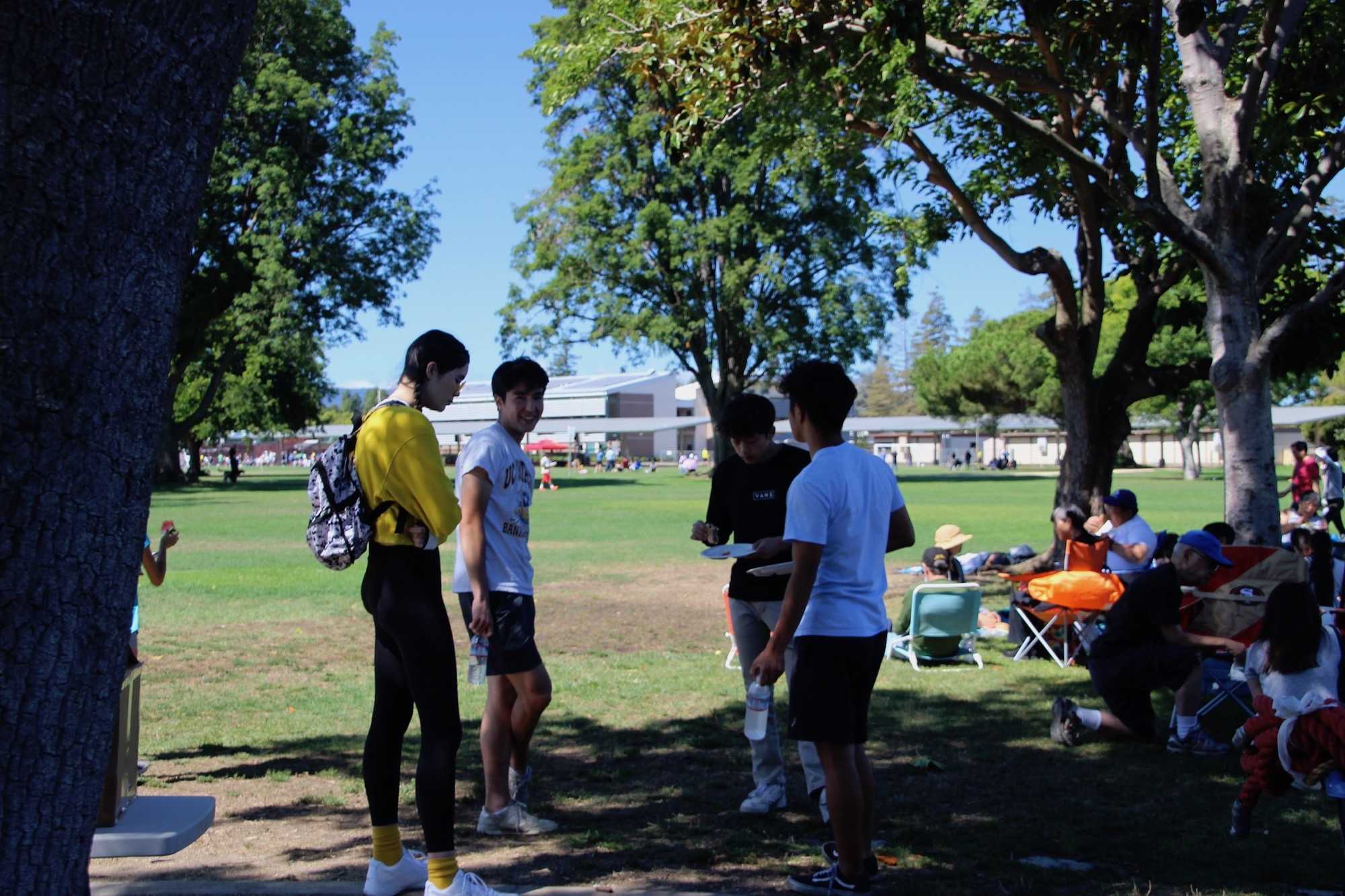 In the belly of Buddhism: A hidden community that prevails against common misconceptions

On a late Sunday morning, members of the Palo Alto Buddhist Temple gather at the picnic tables of Mitchell Park. Children toss a frisbee in an open field while parents and grandparents prepare food and chat. On the tables are an assortment of vegetables, hamburgers, hotdogs and onigiri.

This is Palo Alto’s Buddhist community: a small and welcoming temple that practices Jodo Shinshu Buddhism.

The Buddhist community is surrounded by common misconceptions that stem from a lack of western recognition.

“Where a lot of other religions like Christianity are pretty customary and widely recognized as part of our culture in America, Buddhism is often seen as more foreign and alien,” president of the Youth Buddhist Association, junior Thomas Mcgall says.

In fact, the Palo Alto Buddhist Temple is aiming to make Buddhism a more accessible religion in Palo Alto.

According to Koyama, the temple’s large Japanese American population can be attributed to the anti-Asian discrimination that swept the United States post World War II. To create their own community away from the prejudice, Japanese families congregated at the Buddhist temple.

After the civil rights movement of the 1950s and 60s, Japanese Americans were able to integrate themselves more into local communities, allowing Buddhist temples to expand their congregation. Now, the temple serves people from various backgrounds.

“We have potlucks [where we] invite people to share their ethnic background by bringing some of their own comfort and soul food,” Koyama says.

“I’ve always been a Buddhist I just didn’t realize it until I was in my 30s.”

Gee was able to learn and understand the Buddhist teachings better at the Palo Alto Buddhist Temple. Other temples will often teach in another language. For Gee, this was a dealbreaker.

“I need to hear the message in English in order for me to continue learning and most Chinese temples won’t,” Gee says. 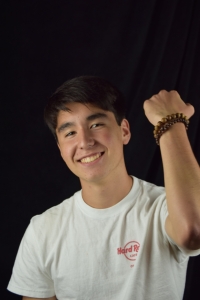 MEANING BEHIND THE MALA Junior Thomas McGall shows off his mala bead bracelets. With 108 beads, the bracelet helps the wearer focus and count mantras in sets of 108 repetitions. Photo by Myra Xu

The multicultural population of the Buddhist temple is exemplified in the teenage members that pride themselves as part of the Youth Buddhist Association. These teens create a bond that encourages a continued participation in temple.

“We just go on trips to places like retreats,” McGall says.

Many members started practicing  Buddhism because of relatives, and they wished to find a community similar to the one they had been a part of back home.

“They [my parents] were aware of Buddhism, but they weren’t Buddhist before they came,” YBA member Elena Atluri says. “I think it was a way for my mom to feel more connected to her Japanese community.”

McGall also became invested in YBA for its connection to the Japanese community. For McGall, going to temple offers a lesson not only in Buddhist principles but also in Japanese culture.

While this connection to heritage has brought in members to the Palo Alto Buddhist Temple, leadership at the temple is trying to expand its membership to more than just the Japanese community. They are hoping to encompass a wider range of younger members that will keep the temple and faith running for future generations. To accomplish this, Gee hopes to reach out to a youth community that will carry on the faith for future generations.

Buddhism to the individual

“In Buddhism, people can have their own ideas and still gather at the same places and go to the same temple,” McGall says.

“Buddhism is often seen as more foreign and alien.”

Buddhism can vary depending on the person, but because of the open community, anyone who identifies as Buddhist can find a place to continue their practice. For Gee, the Palo Alto Buddhist temple discusses the principles he values most. He found that Buddhism always resonated with him and always made him feel comfortable and welcomed.

“The thing is, I’ve always been a Buddhist I just didn’t realize it until I was in my 30s,” Gee says.

Gee is not the only member of the Palo Alto Buddhist Temple who feels this way. Atluri also found the temple through family, but overtime realized that it was more than just a religion.

“We’re not monks and we don’t shave our heads” Atluri says. “It’s not a cult. I think Buddhism is very applicable in our everyday lives.”

Not for sale: A history of segregation in Palo Alto

It’s not a war on Christmas: Living as a religious minority in Palo Alto