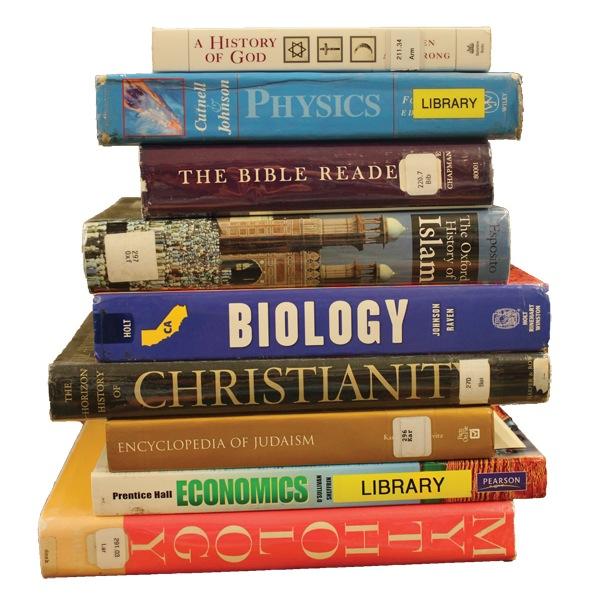 “Can you name the Ten Commandments?”

The first week of school, Kevin Sharp asked his Humanities 11 class this question, and none of the students — not even Aaron Slipper, human encyclopedia — could do so. I can’t recite Christianity’s Beatitudes, the Five Pillars of Islam nor Buddhism’s Four Noble Truths. And I bet you can’t either. Yet I’d bet that if Sharp were to ask his students to recite parts of the United States Declaration of Independence, students could do so competently — after all, many of us study it in our sophomore government classes.

“The Declaration of Independence reflects the religious ideals of its namely Protestant writers, so understanding their religious beliefs will help explain why it’s written that all men are ‘endowed by their Creator with certain unalienable Rights,’” World History teacher Benjamin Bolaños says.  “In fact, religion is practically inseparable from history.”

So why would we study historical events but not their contexts? That’s like reading Mark Twain’s “Adventures of Huckleberry Finn” without knowing the history of slavery in the United States. For this reason, it is important that Palo Alto HIgh School students be educated on religion so that they can better understand the context of the literature and history they’re learning. Some teachers have acknowledged this and have taken it upon themselves to provide that context.

“I teach religion because we have a number of wonderful texts, foremost ‘Life of Pi,’ that really use religion as a construct or a way to make us question truth, reality and conceptions of  higher power,” Humanities teacher Lucy Filppu says. “And I think students — whether they are religious, agnostic or atheistic — should all open their minds to the power of religion.”

AP English Literature teacher Ellen Austin does a unit on the “greatest hits” of the Bible.

“My students need to know major stories of the Old Testament because they are used so often as allusions by British and American writers,” Austin says. “And if you don’t know what the allusion is, then you miss the context that goes with the story.”

Some, however, question religion’s place in the classroom. Many believe that Paly teachers are not allowed to teach religion because it is a public school. But this commonly held belief is not based in fact.

In Abington vs. Schemp, the Supreme Court stated: “the Bible is worthy of study for its literary and historic qualities. Nothing we have said here indicates that such study of the Bible or of religion, when presented objectively as a part of a secular (public school) program of education, may not be effected consistently with the First Amendment.”

Although religious studies could be a mandatory part of the history or English curriculum, some think it would be better as an elective.

“I think Paly should offer a religious studies elective where students learn about multiple religions,” senior Anthony Villanueva says. “I don’t think students should be obligated to learn about religion, but I think interested students should have the option.”

“I think that religion fits much better woven into a literature course or into a history course,” Filppu says. “I don’t think of it as a stand-alone course. Students who are really interested in the subject should pursue a religion course in college. There they’ll get more of an expert. At Paly we should really just introduce students to thinking about religion.”

I agree with Filppu in that I think religion fits best interwoven in history or literature curriculums, but including the study of religion in the curriculum of a mandatory class is a difficult process and therefore pretty unlikely. Taking a “Religious Studies” elective, however, may be possible in the near future, and Bolaños might be the one teaching it.

“I don’t want to teach Sunday School per se, but I think the study of religion gives important context to world history, so I think it should be an elective,” Bolaños says. “I’m surprised by how little many students know about religion, but there are even many adults who don’t really understand the Protestant Reformation and its consequences today. For that reason, I think the study of religion definitely has a place in high school education.”

Maybe it’s not important that Sharp’s class couldn’t list the Ten Commandments, but it is important that Paly students graduate with a comprehensive education, which requires including the important religious context to history and literature. We should not let an unrealistic fear of losing the separation of church and state prevent us from learning.