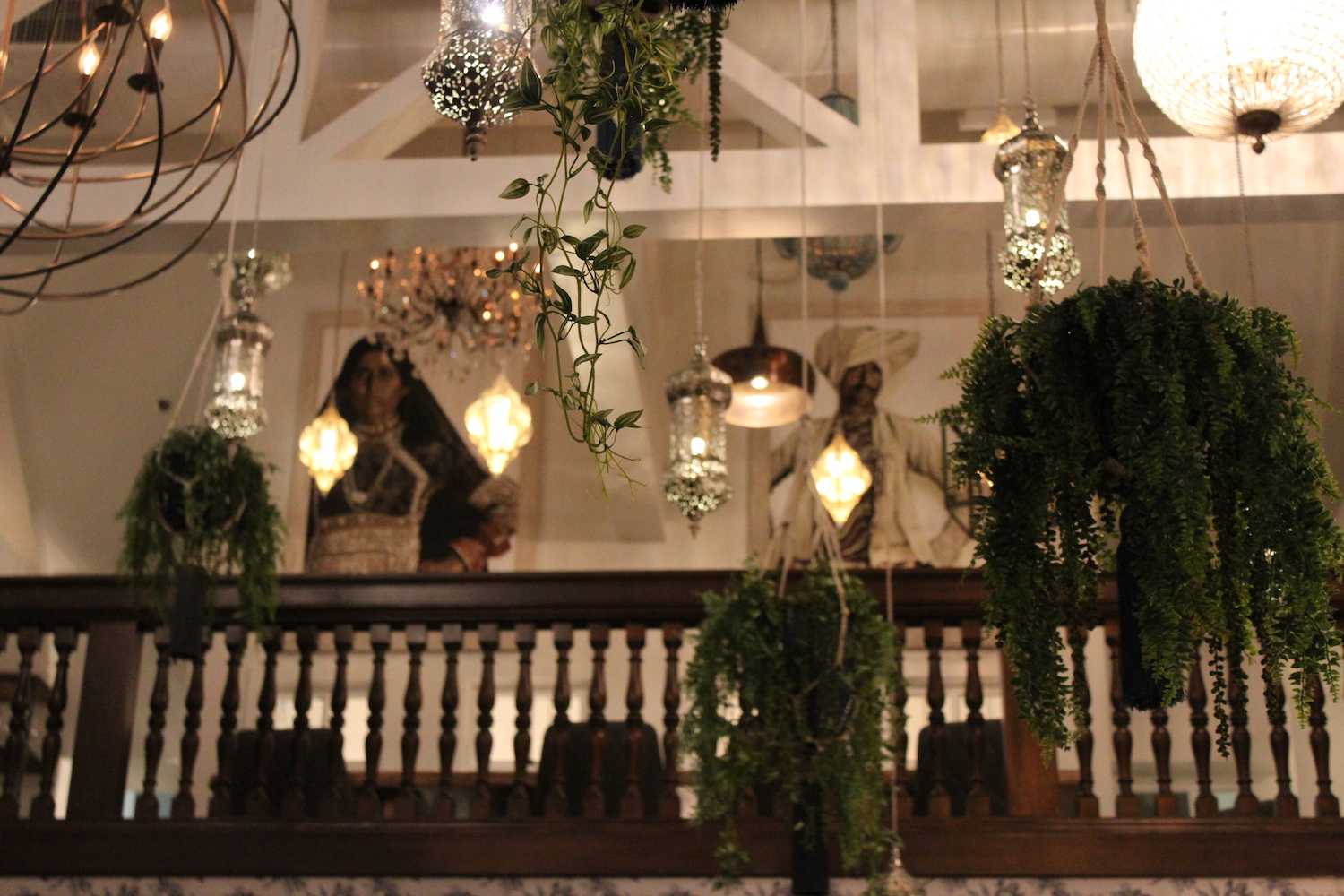 Note: Due to the ongoing Santa Clara County shelter-in-place order, Ettan is currently only open for takeout and delivery.

Before the shelter-in-place order, you could walk down Bryant Street and hear music — rhythmic, electronic sounds and contemporary Indian songs drifting down the block, from the restaurant Ettan. However, Ettan, like many other restaurants, has closed its doors in order to help slow the spread COVID-19.

Located at 518 Bryant Street, Palo Alto, the entrance to Ettan is set on a small plaza at the center of its block, removed from the hustle and bustle of University Avenue. Entering the building was like opening the lid of a jewelry box; the soft, beige exterior giving way to a richly hued interior, decorated with blues and ambers.

In February, the opening of Ettan was a mark of the burgeoning popularity of Indian cuisine in Palo Alto and the greater Silicon Valley. It followed Rooh onto the Palo Alto dining scene, but where Rooh features more traditional Indian cooking, Ettan brought a fusion style of cuisine called “Cal-Indian” — California-Indian — to the table.

The idea for an upscale Indian restaurant that would appeal to California residents was conceived by Ayesha Thapar, an Atherton resident who has previously worked in e-commerce and real estate. Although this is her first venture as a restauranteur, the creative team she assembled to build Ettan are all veterans in their fields, from nationally acclaimed interior designer Thomas Schoos to Michelin star chef Srijith Gopinathan.

The opening of Ettan is a mark of the burgeoning popularity of Indian cuisine in Palo Alto and the greater Silicon Valley.

Gopinathan’s background in mixing and matching culinary techniques began in Kerala, a state in South India where Anglo-Indian culture persists from the period of British rule. Grounding himself in the techniques and styles of Keralan cuisine, he branched out by experimenting with alternative recipes for desserts using local spices when original ingredients were not available. Kerala is well known for its idiyappam (thin rice noodles) and its flaky malabar (Kerala) paratha.

Gopinathan continued to refine his technique at restaurants in England, eventually moving to the Bay Area where he was approached by Thapar to collaborate on the creation of a new restaurant.

Below are some of the dishes Verde sampled at Ettan.

The Sesame Leaf appetizer served as a kind of amuse-bouche for our dinner experience. Delivered on a palm size crispy leaf and piled high with traditional Indian chaat, the leaf was a perfect introduction to dining at Ettan. With each bite, a new flavor or texture was revealed. There was the tang of tamarind and mango, the spice of cilantro chutney and, finally, the crunch of sev — fried crunchy bits made fromchickpea flour and spices.

The Wild Mushroom One Pot looked enticing the moment it arrived at the table. It came in three separate components, which are then mixed together: Slow cooked mushrooms, cauliflower and potatoes are all combined with idiyappam — Indian rice noodles — and a delicious sauce with a pleasant kick of spice. The dish comes together to encapsulate traditional Indian spices while preserving a hint of California with the mushrooms.

The Vellore Chicken Curry arrived steaming and accompanied by a plate of fresh Kerala parathas, a flaky layered flatbread. The curry itself was vibrant, and the chicken tender; it showcased traditional Indian flavors and spices and was well paired with the Kerala paratha. Although the curry was adorned with dried red chilies, the spice was not a prominent aspect of the dish.

Masala, which translates to “spiced” in English, was an apt description for this final course. The bold chai flavor was perfectly captured by the ice cream and balanced by sprinkles of salt and chocolate, which in turn contrasted the tea taste beautifully. Chunks of dried, sugary bananas were scattered throughout the swirl of the soft serve, adding a delightful crunch to the otherwise silky smooth dessert.

Despite the shelter-in-place order, you can still get food from Ettan by ordering on their website, on Uber Eats or on DoorDash. 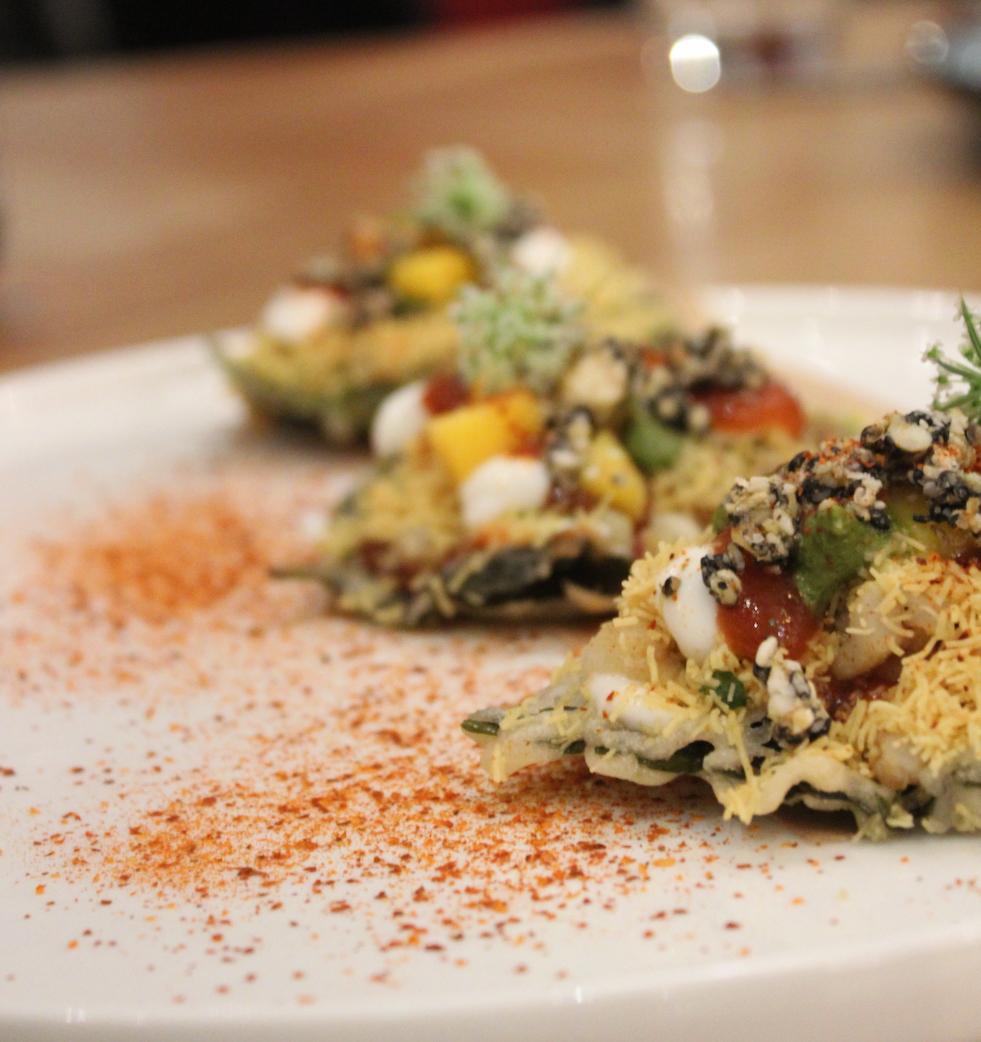 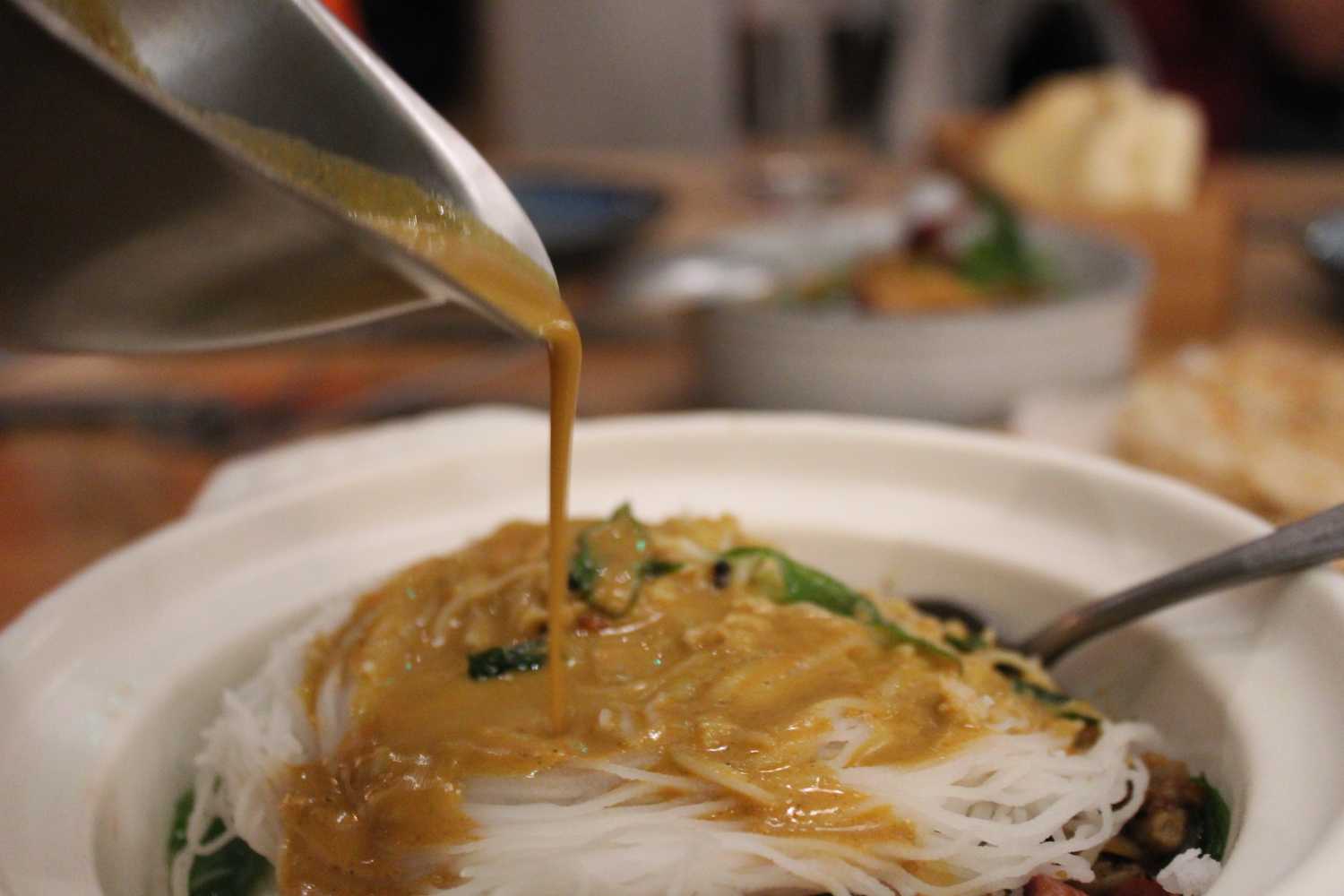 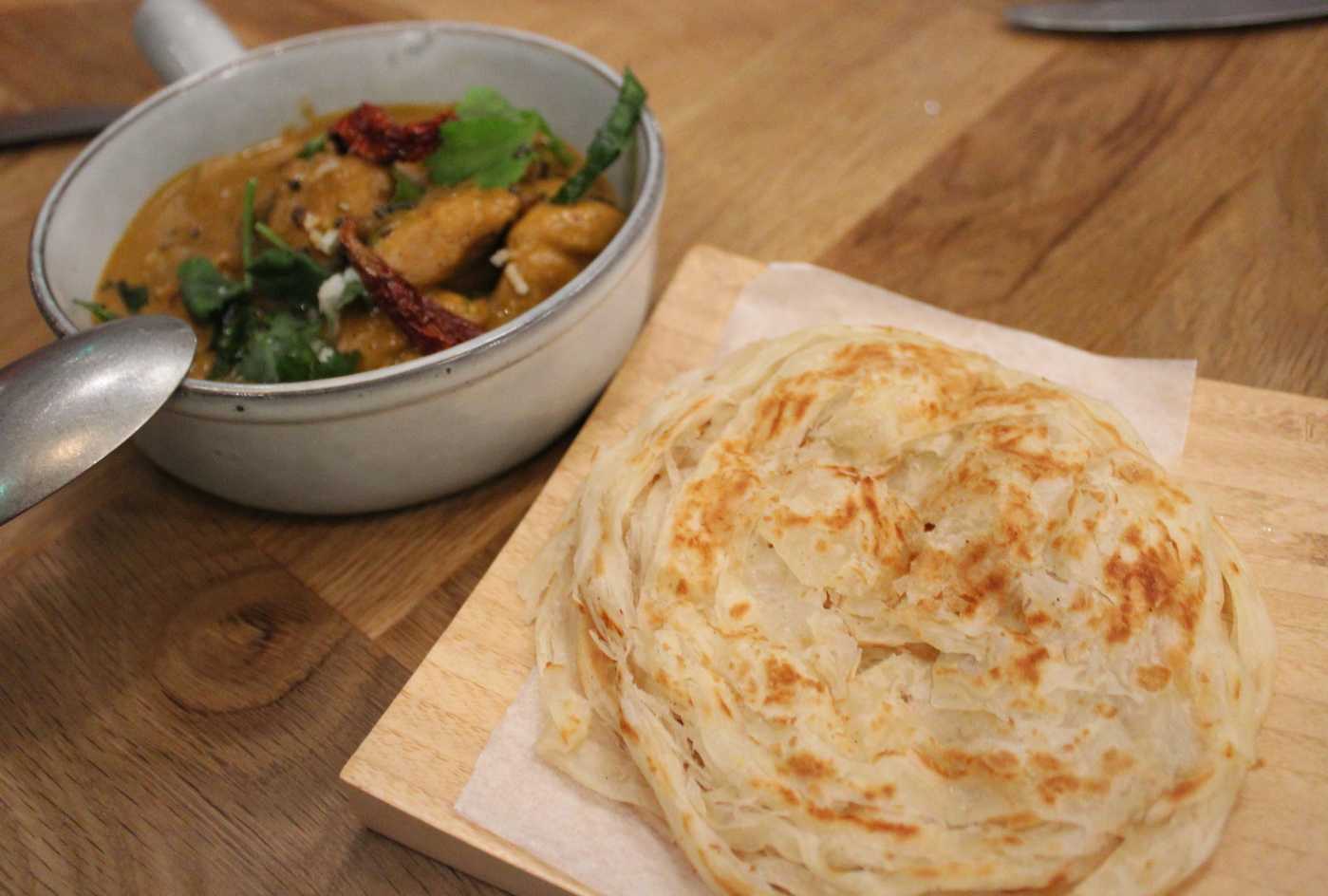 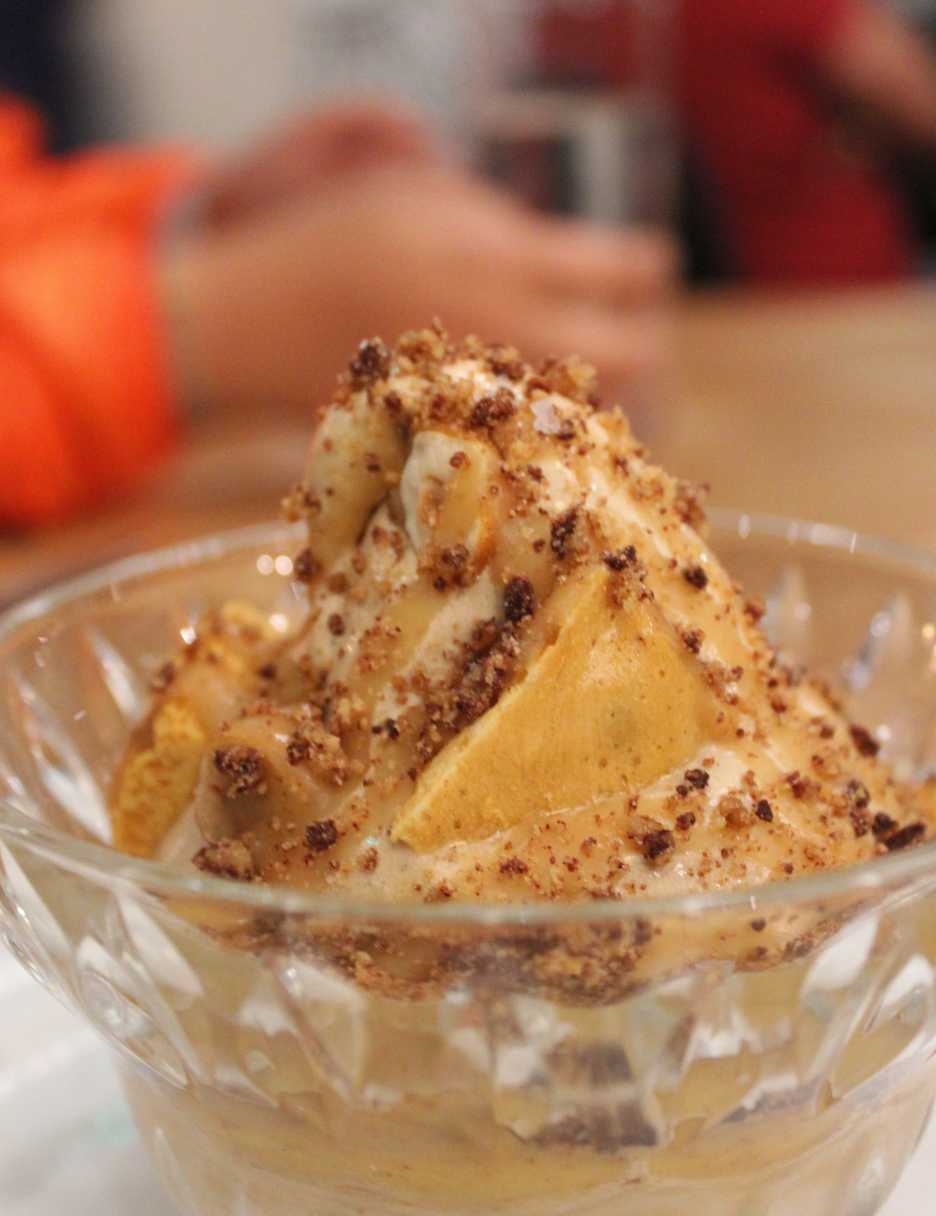