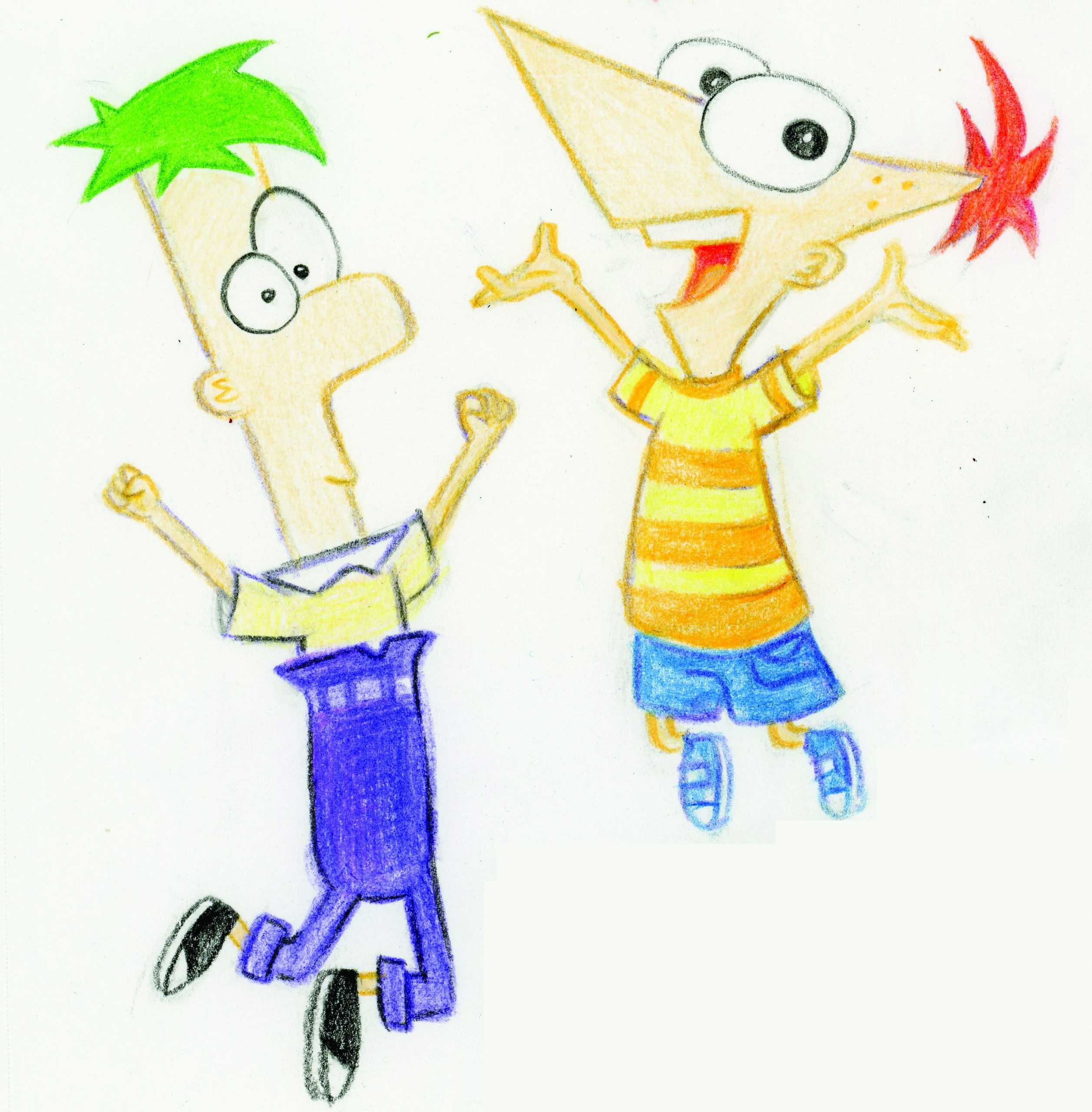 104 DAYS OF SUMMER VACATION Phineas (right) and Ferb (left) star in the show “Phineas and Ferb,” which aired on Disney Channel from 2007-2015. Art by Meya Gao

Dynamite decade: A reflection on the trends of the 2010s

For the past 10 years, the students of Palo Alto High School have experienced trends that came with the decade that defined their childhood. From elementary school wrists stacked with Silly Bandz to Hydroflasks adorned with friendship bracelets, a lot has changed throughout the 2010s. On the eve of a new decade, Verde decided to take a trip down memory lane and revisit some of the biggest trends in television, music and fashion that emerged between 2010 and today.

Almost every child growing up in the 2010s remembers waking up early on a Saturday morning to watch the most popular TV shows. Nickelodeon’s “Spongebob Squarepants” captivated us with the adventures of a sponge and his starfish best friend. “Phineas and Ferb,” the Disney Channel favorite, made their fans want a platypus as a pet and, more importantly, 104 days of summer vacation.

Other Nickelodeon series “iCarly,” “Victorious” and “Big Time Rush,” as well as the Disney Channel classics “Hannah Montana,” “Wizards of Waverly Place” and “The Suite Life on Deck” provided us with high expectations for love, friendship and fun in our teenage years. These children’s TV shows have also helped break boundaries for equal representation in media. For example, “Steven Universe” on Cartoon Network is about a young boy who lives with strong female superheroes. The program shows queerness, female empowerment and journeys of self-love. It is encouraging that more television programs and producers are using their influence on children in a positive way by educating them on topics that were not addressed progressively in earlier popular television shows for kids.

Although television was a huge part of many Paly students’ childhoods, younger generations are not as invested in children’s show networks like Disney Channel and Nickelodeon. Social media apps, such as YouTube and Instagram, provide today’s youth with a plethora of entertainment for free, while online streaming video services like Netflix and Hulu have dominated the Saturday movie nights for American families, decreasing cable ownership. According to Business Insider, a spike in cable ownership was seen in 2012 but has been declining since. Recently, Disney has launched their own streaming video service called Disney+, further hinting at the movement away from cable TV.

It’s no question that 2010s TV has a special place in Generation Z’s heart, but the recent decline of cable membership has reduced the role of television in younger generations’ lives.

From DJ Snake and Lil Jon’s chaotic “Turn Down for What” to Adele’s melodramatic “Rolling in the Deep,” the music videos of the 2010s reflect the decade’s emphasis on visuals associated with music.

Some of the most iconic songs of the 2010s, such as “Stereo Hearts” by Gym Class Heroes and “Teenage Dream” by Katy Perry, have been the soundtrack of our childhood. We have seen a drastic change in the range of music this decade, from Bruno Mars’s heartfelt “Just The Way You Are” to Robin Thicke and T.I.’s raunchy “Blurred Lines,” which both hit number one on the Billboard Hot 100 about three years apart.

The 2010s also saw a rise in digital streaming services — most notably, Spotify, Apple Music and Soundcloud. Music, which used to be purchased in stores, is now paid for as a whole through the streaming service the consumer has selected.

“I don’t listen to the radio because I got a Spotify [Premium] membership. I think radio music quality has declined over the years.”

These services have introduced the ability for individuals to venture into unfamiliar genres of music without having to pay for each song. Spotify even suggests specific playlists that correspond to a genre or mood, eliminating much of the time and effort it took to create playlists before. For example, the “Are & Be” playlist consists of the most popular rhythm and blues songs today, whereas the “Down in the Dumps” playlist contains strictly sad songs.

The streaming services’ ability to offer new music to consumers at the click of a button has decreased the demand for the radio DJ, who did the job for years before. With unlimited song selection, users no longer have to put up with the regularity of Top 40 radio music stations: many former radio listeners are tired of the same songs.

“I don’t listen to the radio because I got a Spotify [Premium] membership,” Palo Alto High School junior Jace Purcell said. “I think radio music quality has declined over the years.”

The music industry has evolved with technology’s integration into our lives. Car rides with the radio blaring are fading to fond memories while our consumption of music through streaming services creates new ones. 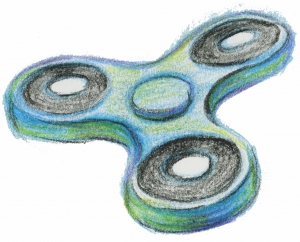 FIDGET SPINNER The fidget spinner was a toy that gained popularity from the satisfying way it spins.

The early 2010s had the mall as the centerpiece of teen clothing trends, usually including Abercrombie & Fitch, Hollister, Forever 21 and H&M as the most popular brands. Now, teen trends have shifted to thrift stores where affordable, vintage-looking items that differ from mainstream corporate designs can be found.

The change in clothing trends seen in the 2010s has been drastic: teens went from feathers in their hair, patterned leggings and intentionally-ripped skinny jeans to scrunchies, Lululemon leggings and thrifted mom jeans.

The rise of the social media app TikTok has popularized many fashion trends such as e-boys, e-girls and VSCO girls, named after the photo editing app, VSCO. Although over-exaggerated, the fashion trends seen on TikTok have prompted schools to create their own Spirit Days associated with these trends. From Silly Bandz to Hydroflasks, the fashion trends of the 2010s have turned many household items into a point of cultural conversation.

Recently, we have seen teens boycotting fast fashion brands like Forever 21 for the unsustainability of their clothing. Sustainable fashion and “resurgence outfits” are in the spotlight now, but we have no idea what the next decade will bring in fashion.

High schoolers will never forget the hundreds of TV shows, music videos and clothes that made the 2010s such a memorable time to grow up in. As we head into the next decade, all we can say is “Good luck, Charlie.”