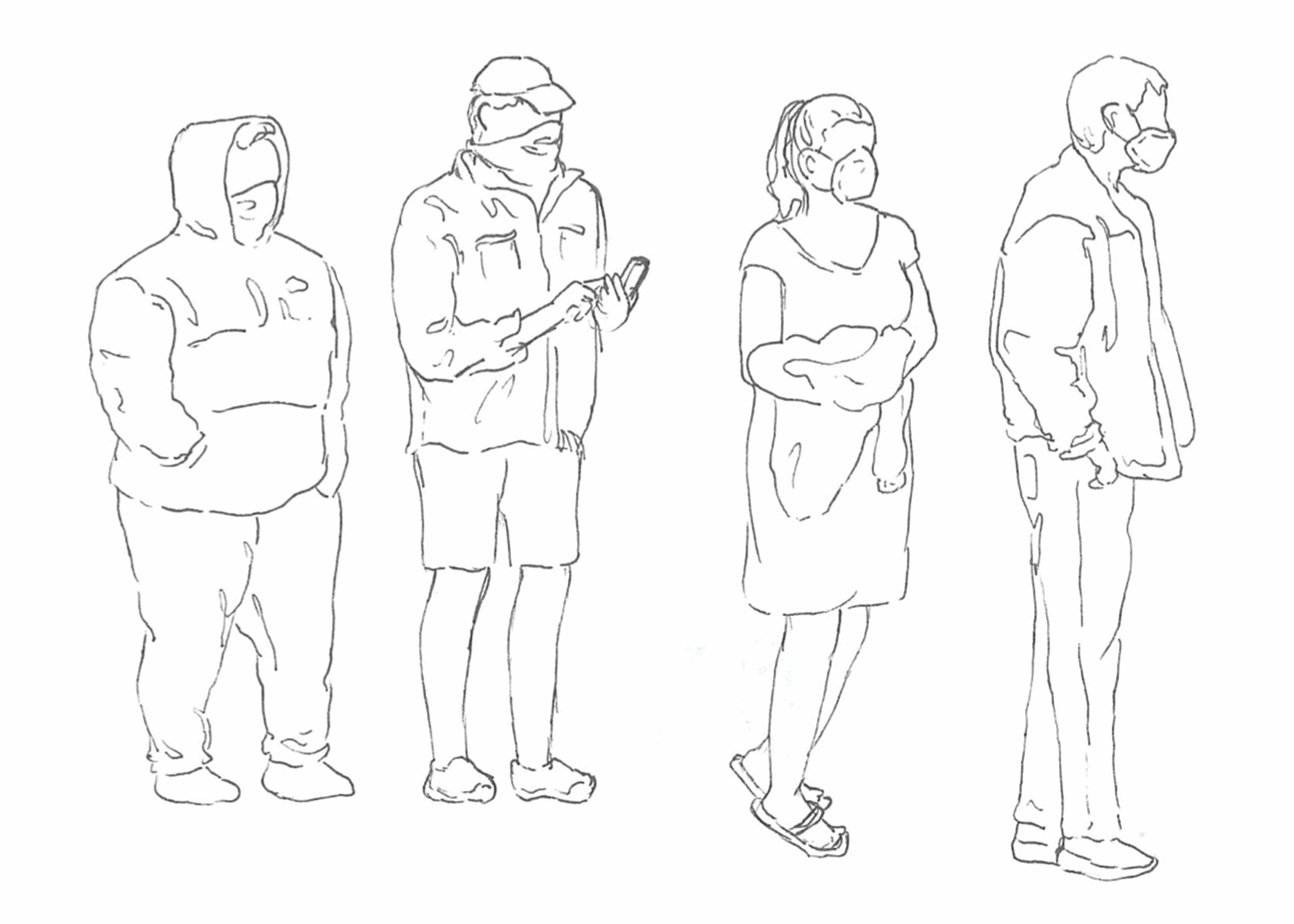 Spread six feet apart, volunteers serve food behind plastic partitions, forming an assembly line. Josh Selo, director of West Valley Community Services, says the line of people that they serve extends outside the food pantry and around the corner. Markings on the ground enforce distancing as clients wait to receive their meal. This is one of many ways his organization has adapted to provide support to homeless individuals around the Bay Area.

The need for living assistance among underserved communities has skyrocketed over the past year, according to Selo, whose agency has observed the pandemic’s impact on those without guaranteed shelter.

“When a situation like COVID-19 hits and folks are out of work, especially folks that were [in] the most affected industries — those with mostly lower-wage jobs — those folks were hit immediately,” Selo said. “They have no money to pay rent, no savings, and no prospects for work. They either fall behind, and many people fell many months behind on rent, but people potentially faced eviction as well.”

Shelters and other services that assist underserved communities have withstood unprecedented challenges as the number of people needing financial relief has rapidly increased.

Rental and utility assistance — which includes supplying deposit assistance for individuals to move into a home, purchasing furniture, or providing basic necessities for those living on the streets — has been in high demand since last March.

“There’s been a lot of confusion and not a lot of vaccine, and it’s caused a lot of anxiety, stress and frustration on many levels.”

Food assistance is also one of West Valley’s major services. Every branch of the organization offers a robust pantry to underserved community members, largely consisting of products donated by grocery stores. However, when grocery stores were bought out and shoppers stockpiled products throughout the first few months in the pandemic, West Valley and other food banks were forced to purchase food to make up for the loss in donations.

While the need for food assistance dramatically increased among low-income communities, further challenges arose for Selo’s team as social distancing guidelines were enforced.

“We had to cut down on the number of staff in our building, and we lost almost all of our volunteers because most of our volunteers are over the age of 68,” Selo said. “It was this perfect storm of challenges.”

Selo’s organization has stressed vaccine priority for the homeless population, especially given that social distancing and sheltering-in-place are virtually impossible for many homeless community members.

“We had a client very early on who had other medical issues and came to us for help,” Selo said. “He was scared about being [in] a shelter because if he caught COVID, he was at greater risk for complications.”

The physically vulnerable positions of homeless individuals further highlight the need for vaccine distributions among these populations.

“If you’re living on the street, that heavily impacts your physical health; you’re sitting on the ground, you’re open to the elements, which could make you more susceptible [to COVID-19],” Selo said.

Since the start of vaccine distribution to homeless shelters on March 1, county health executives have voiced their frustration over a lack of communication from state officials, as well as confusing eligibility guidelines, according to Times Herald. After notifying the state of plans to begin homeless vaccinations early, the county waited 10 days for a response before beginning distribution two weeks before the state-sanctioned date.

After vaccines started to arrive in the county, state guidelines for groups eligible to receive vaccinations expanded faster than inventory could supply. Due to the limited vaccines, Santa Clara County focused on populations at highest risk, such as those living in encampments and shelters.

“We picked out certain high-risk populations like the homeless, and our interpretation of the rules was that a shelter, or an encampment, qualified as a congregate setting,” said Jeffrey Smith, executive officer of Santa Clara County. “Now, subsequently, the state specifically included homeless populations, but that was a month or so later. There’s been a lot of confusion and not a lot of vaccine, and it’s caused a lot of anxiety, stress and frustration on many levels.”

The county’s efforts to distribute vaccines have also been challenged by some individuals’ unwillingness to undergo vaccination.

“We have a lot of individuals who are not interested in vaccinations,” Smith said. “It’s not a population that’s really happy with the government. Sometimes having somebody from the government show up and say ‘I’ve got a shot for you and it’ll do you good’ doesn’t always receive a positive response.”

While the county continues to work at vaccinating the most vulnerable groups, Smith acknowledges that the issue has no absolute solution and requires continual efforts.

“There are probably tens of thousands of people who are affected by homelessness in the sense that they’re homeless from time to time or they’re couchsurfing or in some other way not visible,” Smith said. “We’re not going to ever get to a point where we can say ‘Yeah, we finished vaccinating all the homeless,’ but we will continue to have them as a high priority.”

Below is a collection of resources for those experiencing homelessness.