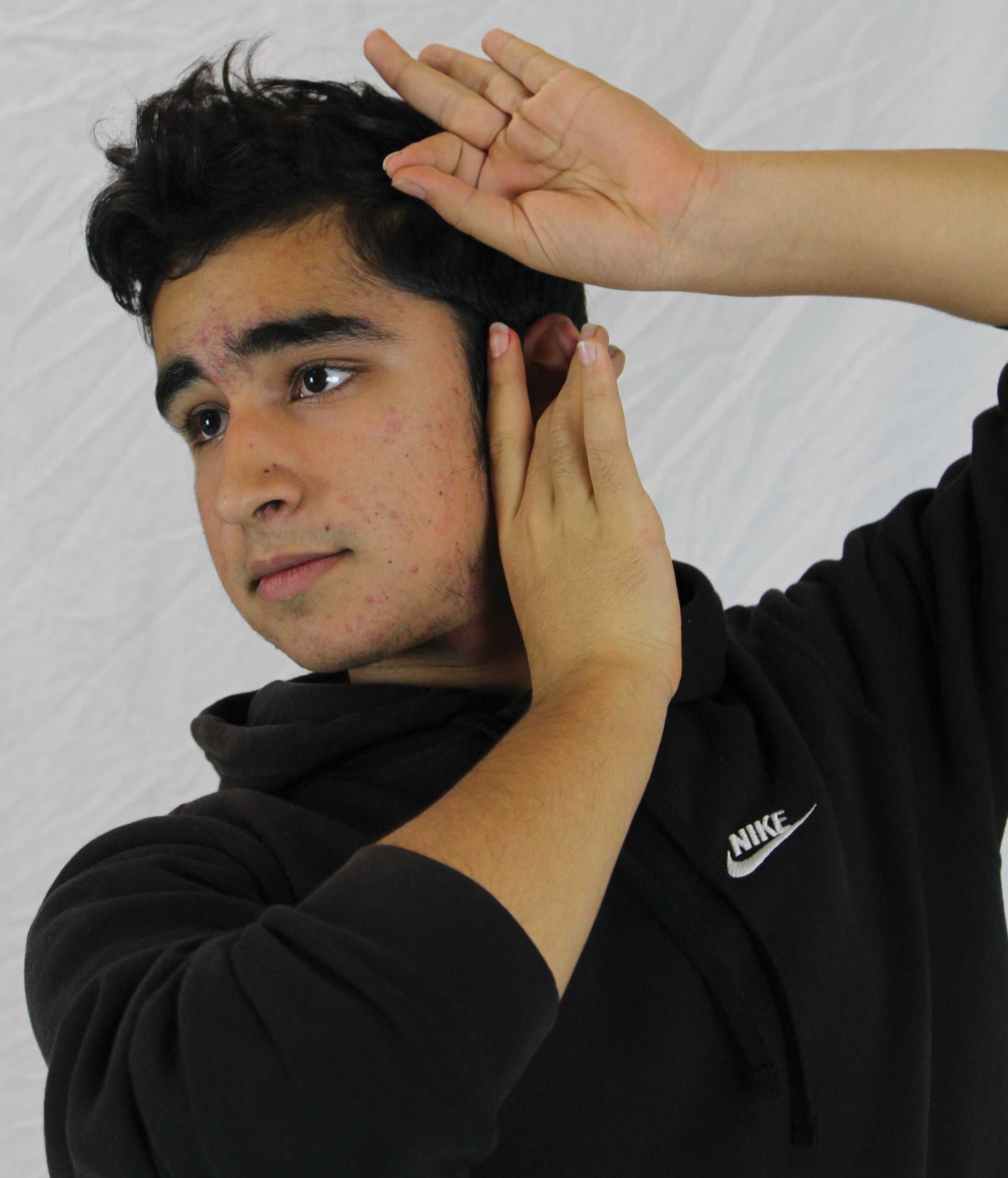 MOVEMENT ON STAGE Bollywood dance does not have defined moves in the same way that other forms of dance do, but each dance can still be very complex. Photos by Zoë Wong-VanHaren

“People often associate Bollywood dancing as people shaking their hips and doing moves like screwing in light bulbs or picking cherries from trees,” Palo Alto High School sophomore Akhil Joondeph says. “But it is definitely more than that.”

“I would just say that many people outside the Indian community don’t actually know what true Bollywood dancing is,” Joondeph says. “Because it [Bollywood] is not something that exists in Western dance, people either don’t open their minds to it or naturally assume it is inferior because they don’t know any better.”

Joondeph says that people are too eager to categorize dance into distinct styles, and they fail to capture the essence of Bollywood dancing. As a collection of styles, each Bollywood piece is created with purpose. It is an art form that communicates a story, whether it be giving tribute to important figures or providing commentary on social issues.

Unlike how many dancers specialize in certain techniques, Joondeph does not concentrate on a dance style. Instead, he strives for versatility when learning, performing or choreographing.

“My goal is to be competent in all different styles and to be able to do everything,” Joondeph says. “Bollywood dancing is not just one style of dance. It is a blend of Western and Eastern culture. We [Mona Khan Co.] train and perform in all styles, whether it be contemporary, hip hop, jazz, Latin or different Indian styles.”

“No matter what the piece is  or when we’re learning it, I will do whatever it takes to get to that [my goal].”

Joondeph’s journey as a Bollywood dancer began with a flyer from an Indian community center in Milpitas. After noticing their three-year-old son’s love of dancing around the house, Joondeph’s parents spontaneously signed him up.

“His dad and him showed up on the first day of class and said, ‘Hey, we know he is not five yet, but we are really interested in trying Bollywood,’” Joondeph’s first instructor Shobana Shankar recalls. “I looked at him [Joondeph] and I saw this huge smile and enthusiasm in his face — his smile just lit up the whole room. I said, ‘Well, you know what, why don’t we give it a shot? If everything goes well, we can make an exception.’”

Shankar’s exception for Joondeph sparked a 12-year journey. Despite being younger than the rest of the class, Joondeph exhibited a level of control and coordination unusual in children that old. His sense of rhythm, his attention to detail and his ability to learn and execute quickly paved his foundation as a dancer.

“I think that [dancing from a young age] is what solidified my training, because we trained so hard,” Joondeph says. “We did so many shows and so many styles. From such a young age, I think a lot of things just kind of came into my body as a dancer.”

His talent as a dancer and performer did not go unnoticed.

“Even though he was five or six, we put him on stage to be the emcee for the show,” Shankar says. “He did fantastic. It became the highlight of the show. There was this little kid walking in, just talking about Bollywood through the years or various topics in such a clear way. He would pause for claps and do things you wouldn’t expect a very tiny kid to be doing.” 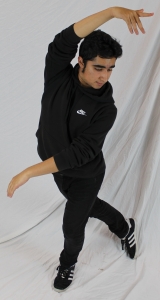 ATTENTION IN THE STUDIO The details for each dance can be very minute, with dancers often working on correcting very specific things like the direction of their head.

Now, Joondeph is dancing full time as a company dancer. He works tirelessly on perfecting his techniques and spends, by his own estimates, “upwards of 20 hours a week” in rehearsal.

Because Joondeph often appears in three or more acts in a single performance, he needs to be able to recall and execute upward of 15 minutes of complex choreography, formations and details for every show. In the months leading up to the performance, Joondeph focuses on details down to the placement of the fingertips. On the day of the performance, however, Joondeph’s goal is to not think about the piece and instead focus on his expressions and his energy — intangibles that he considers just as important as the precision of his routine.

“Thinking about the sequence is not something I want to do,” Joondeph said. “No matter what the piece is or when we’re learning it, I will do whatever it takes to get to that [my goal], whether it be like listening to the tracks while I’m biking or rehearsing it in my mind before I go to bed.”

Joondeph’s preparedness, attention to detail and work ethic have prepared him for success both in dancing and in his life outside of it. To accommodate the 20-plus hours he spends dancing each week, Joondeph works hard to do his work ahead of time to prevent late nights.

“I can’t really wait till the last minute,” Joondeph says. “I have to plan better and know which days of the week have less stuff and try to focus on my work at that time.”

Despite his positive takeaways from dance, Joondeph said that dance is a career notorious for its elusive professional success. He is, however, sure that he  will continue his passion for Bollywood dancing regardless of whether he can make it a career.

“I don’t think I want to stop,” Joondeph says. “I don’t see myself ever stopping.”