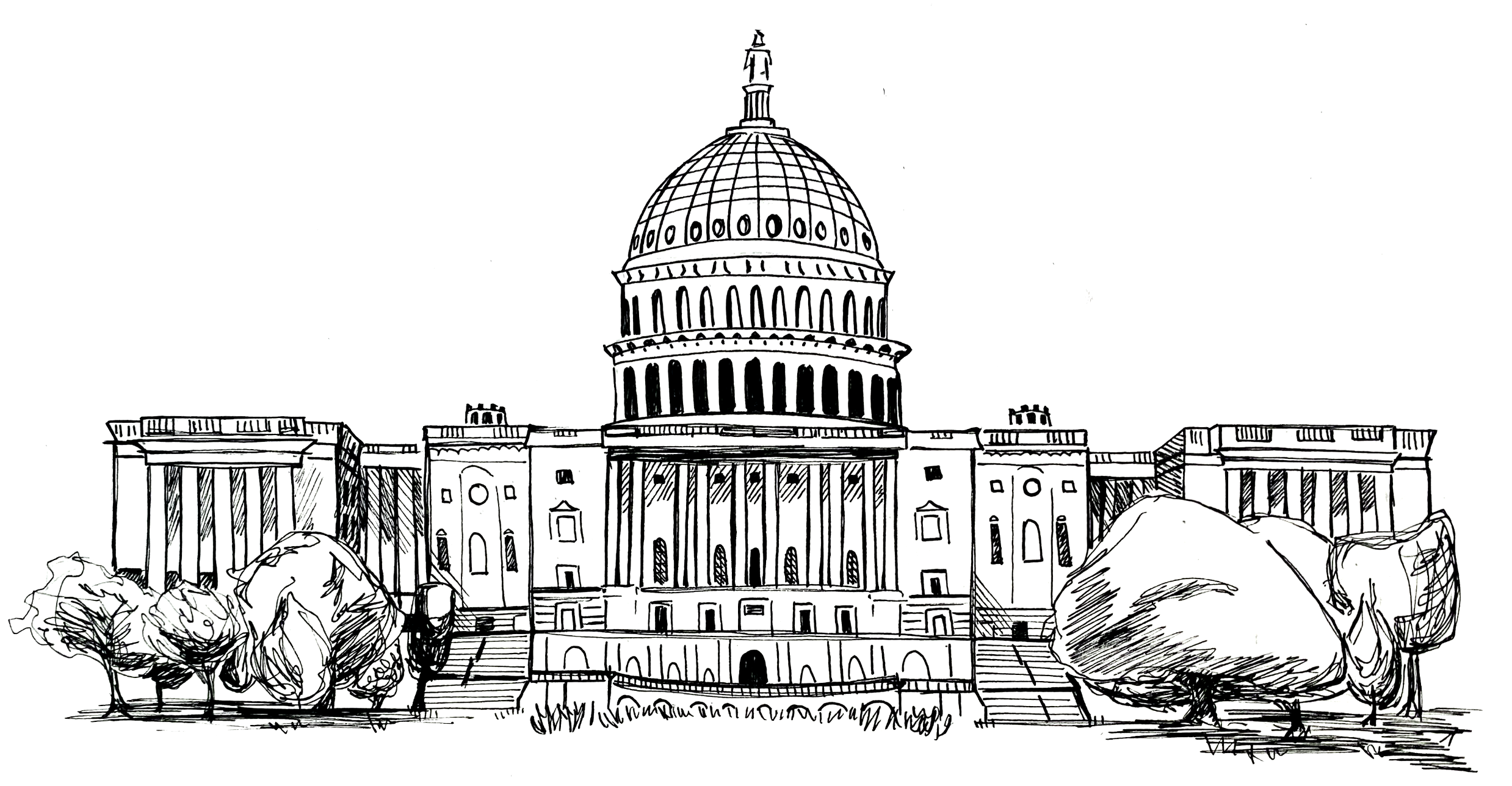 Can speech be too free?: Censorship in light of U.S. Capitol attack

Maia Johnsson awoke to her mother running into her room, eyes wide with shock as she frantically told the Palo Alto High School junior that “our government is unraveling in front of our eyes.” Confused and only half-awake, Johnsson stumbled to her mother’s room where the TV displayed stunning visuals emerging from Washington, D.C. — on Jan. 6, violent insurrectionists had breached the U.S. Capitol in an unforeseen riot with the intent of stopping the certification of the electoral college results. For the next two hours, she watched the news in stunned silence.

“I was completely taken aback by what was happening,” Johnsson said. “I was in awe as I watched the heart of American government being demolished in front of my own eyes.”

Former President Donald Trump and his circle of well-known conservative backers led relentless attacks against the electoral process with unfounded claims of voter fraud and a stolen election in the months following Biden’s victory.

Several Republican members of Congress amplified the delegitimization of the election on Parler and Gab, two far-right social media platforms. Both apps were used to coordinate and garner support for the attack, bringing renewed attention to the question of what exactly should be allowed under the First Amendment.

Parler, an alt-right microblogging and social networking service is advertised as an unbiased app that “promotes free speech.” However, since its founding, the app has become a hub for far right-wing conservatives who feel marginalized by mainstream social media platforms like Twitter and Facebook. Similarly, Gab, another far-right-dominated social media site, has attracted many former Twitter users who felt silenced by the app. These platforms have been under fire in the past for not regulating the incitement of violence through racist and white supremacist language. 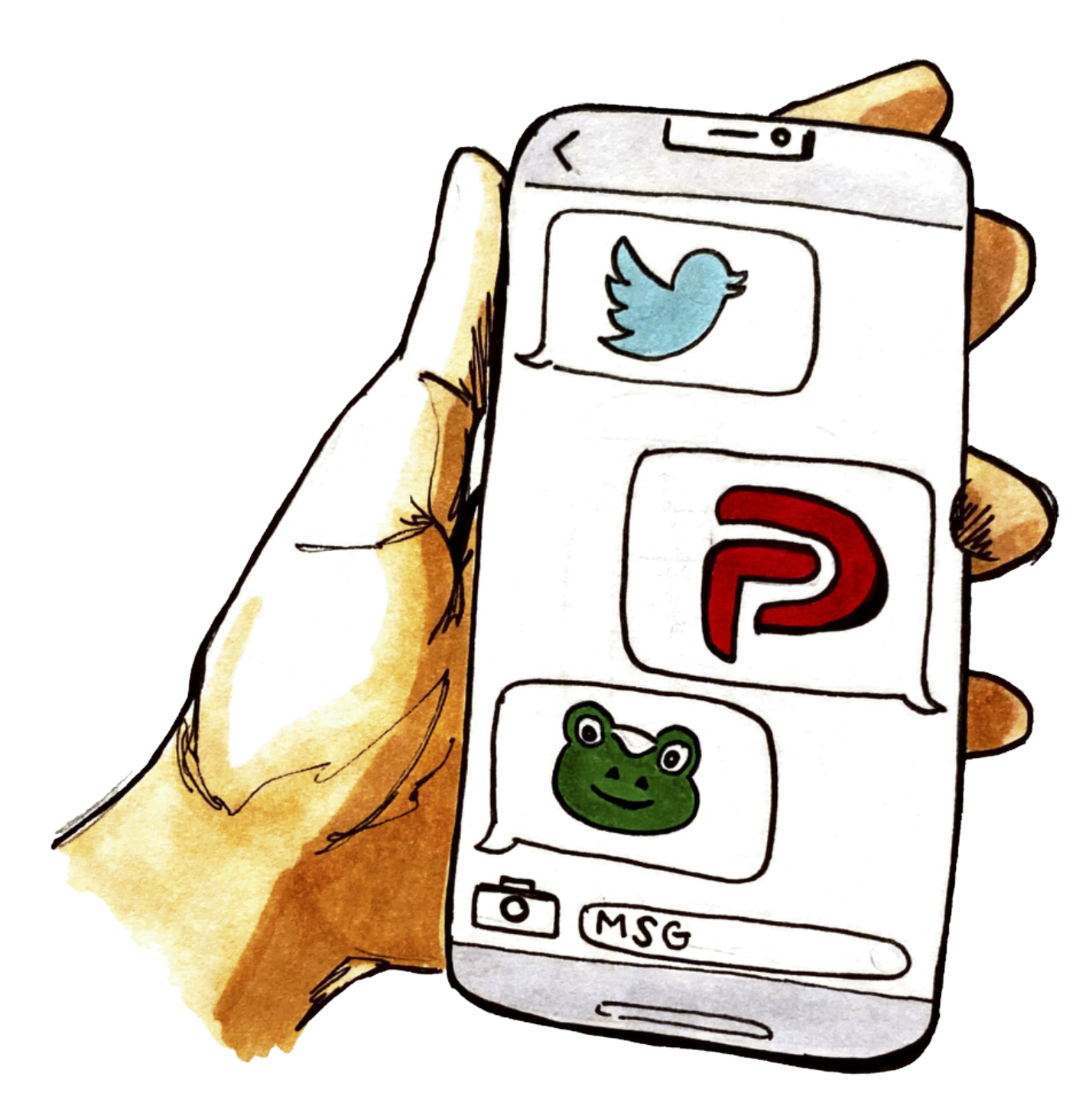 The Capitol insurrection forced major tech companies into action, and Parler has since been banned from the Amazon Web Server, the Apple App Store and Google Play Store due to blatant and repeated violations of community guidelines.

Sophomore Hailey Oshita believes that these companies made the right decision.

“When there is a lot of hate being spread and plans to attack the Capitol are being formed on an app, it’s not right to promote something like that,” Oshita said.

Sophomore Andrew Robinson echoes Oshita’s concerns about the promotion of online hatred through apps like Parler and Gab.

“After Trump began attacking social media companies and accusing them of having conservative biases, he promoted Parler as a free-speech haven,” Robinson said. “But it is really a haven for white supremacy and actual white supremacy that promotes violence, which is not protected speech under the First Amendment.”

“I was in awe as I watched the heart of American government being demolished in front of my own eyes.”

Social media apps like these challenge what we know to be true in the First Amendment of the U.S. Constitution, and bring up a couple of important questions: What exactly qualifies as free speech, and should restrictions be placed on what is allowed on social media?

In the U.S. government, the First Amendment is not an absolute right that protects all speech.

“Free speech protection should not be and, according to the courts,  is not absolute,” Paly history teacher Mary Sano said. “There are limits. Ultimately, the lines are drawn by our judicial system — all the way to the Supreme Court.”

Robinson says that the instigation of violence should not have a place on online platforms.

“Any speech that promotes violence is not protected speech, and that is really what matters to me,” Robinson said. “You can say whatever you want — have at it — but you simply cannot advocate for violence against someone.” 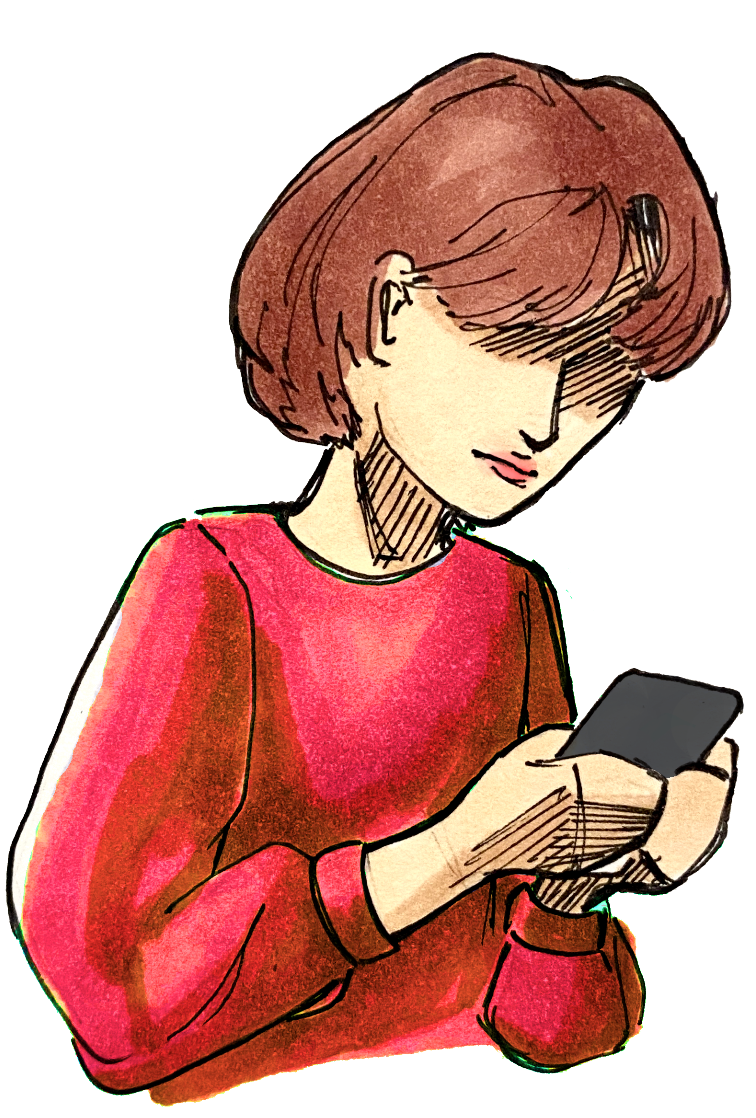 Media censorship and where to draw the line between protected and unprotected speech is a hotly contested issue. After numerous tweets from Trump that led to the violence at the Capitol, Twitter banned his account from the platform.

“I think it was a good idea to ban Trump from social media because he wasn’t posting or tweeting things that were beneficial to the development of our country,” Johnsson said. “Trump was also just riling people up and he wasn’t trying to tone them down, so banning him was a way of creating a bit more tranquility.”

“I think what people forget when saying, ‘People are being censored,’ is that these are private companies,” DeKraai said. “If it’s something that a company has said, [like] ‘These are our guidelines: you cannot incite violence, you cannot be a terrorist, you cannot post things that are sexist or ableist …’ then I think those companies should hold that line.”

In the wake of the recent violence the country has experienced, it’s clear that the First Amendment was written in a different America than the one we live in today.

“One could argue that the laws we have, have not kept up with what is going on with speech on online platforms,” Sano said. “It’s an interesting question to explore.”