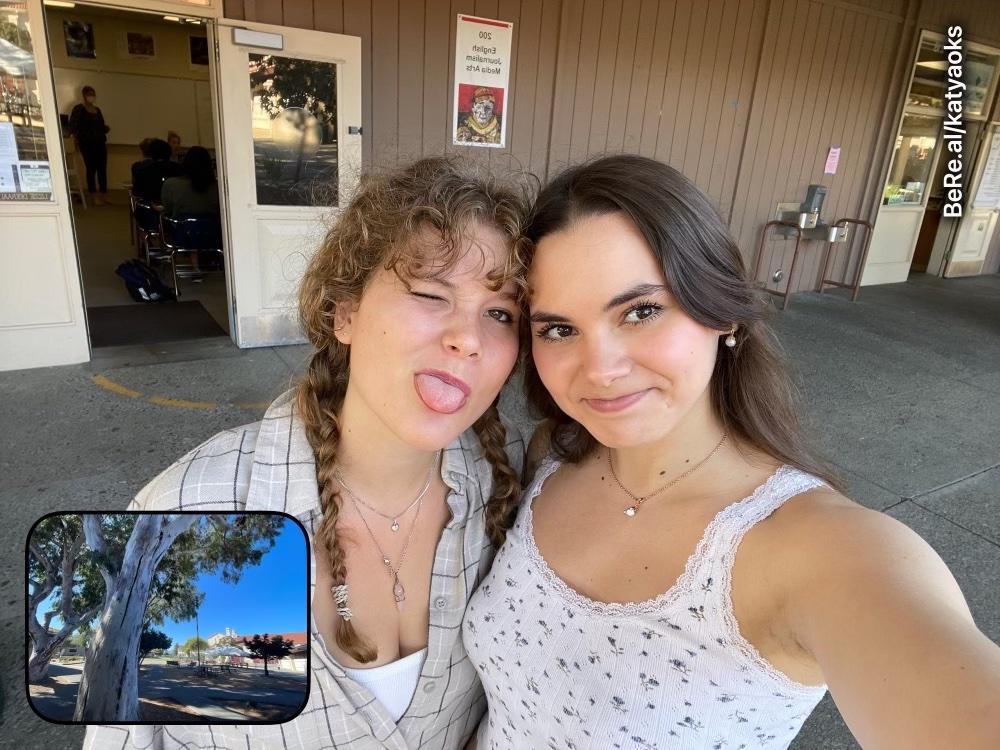 As a ding sounds from her pocket, Palo Alto High School junior Katya Oks pulls out her phone at brunch to see a notification displayed across her screen — “Time to BeReal” — and ignores it. It’s only later when she’s on the Quad during lunch that she opens the notification.

She fixes the front strands of her hair into the perfect position before she takes a photo of herself, then the camera flips quickly to capture her friends sitting with her, just in time for it to be marked “1 hr late.”

Co-founders Alex Barreyat and Kévin Perreau started the social media app, BeReal, in 2020 with the goal of creating a more “casual Instagram,” according to their website. Since then, BeReal has become increasingly popular, accumulating 21.6 million users as of July 2022 — including 28% of Paly students — according to an opt-in survey by Verde Magazine of 226 students.

Unlike other apps, BeReal aims to reverse the pressure of posting by providing a less curated platform for social media interactions. However, for some students, it ends up perpetuating the same harmful effects as other apps.

“Won’t people get tired of constantly having to seem like they have their life together all the time?”

At a random time every day, BeReal notifies its users and allows a two minute time window for them to take a photo with the front and back lens in quick succession. The goal is to make users capture what they are doing at any given moment.

AP Psychology teacher Christopher Farina described how BeReal offers a new approach of displaying a more genuine version of someone compared to other social media platforms.

“The whole premise of it [BeReal] is that it’s designed to be less curated and more spontaneous,” Farina said. “And [it’s] supposed to present a more authentic idea of what people are actually doing at any given moment.”

However, there is an option of posting after the two minute time frame, which can undermine the efforts to create a less curated and more casual version of other social media apps.

“People can still stage these daily photos if they want to and at the end of day, it’s possible to end up with the same problem again,” senior Archie Webber said.

“You could definitely see there being some kind of pressure … to post something that’s worthwhile of being posted,”

Although its website claims BeReal is a “way to discover who your friends really are,” it does just the opposite for students like sophomore Gabriel Chakmakchi.

“It wasn’t BeReal’s intention to feed into the negative aspect of social media, but it makes people compete to make it seem like their lives are perfect every second of the day,” Chakmakchi said. “Won’t people get tired of constantly having to seem like they have their life together all the time?”

Farina echoed this view and said that posting everyday could potentially be harmful to teenagers.

“You could definitely see there being some kind of pressure because people, even with something like BeReal, might still feel the expectation to post something that’s worthwhile of being posted,” Farina said.

Webber explained his loss of interest in the app due to the app not completely getting rid of the “fake” aspect of social media.

“I got the app in January and used it for a few weeks and then no longer saw the point,” Webber said. “I no longer felt [that] it [was] worth it and I didn’t get much enjoyment from it.”

Farina emphasized the short period of popularity for social media apps such as BeReal.

“I think all apps have a relatively short lifespan these days,” Farina said. “Just in the time period that you guys have been going through high school, you’ve seen a shift from Facebook to Instagram to TikTok to BeReal and these things come and go relatively quickly. I think it remains to be seen how long it’s going to be popular.”

The true test lies in the stability of the app’s popularity going forward.

Will people start using the app as intended, or will it turn over in a couple months and become another social media fad?

“People will get tired of having to curate a version of themselves every single day instead of the occasional Instagram post,” Chakmakchi said. “It’s either we all be real, or the one fake person ruins it for all of us.” 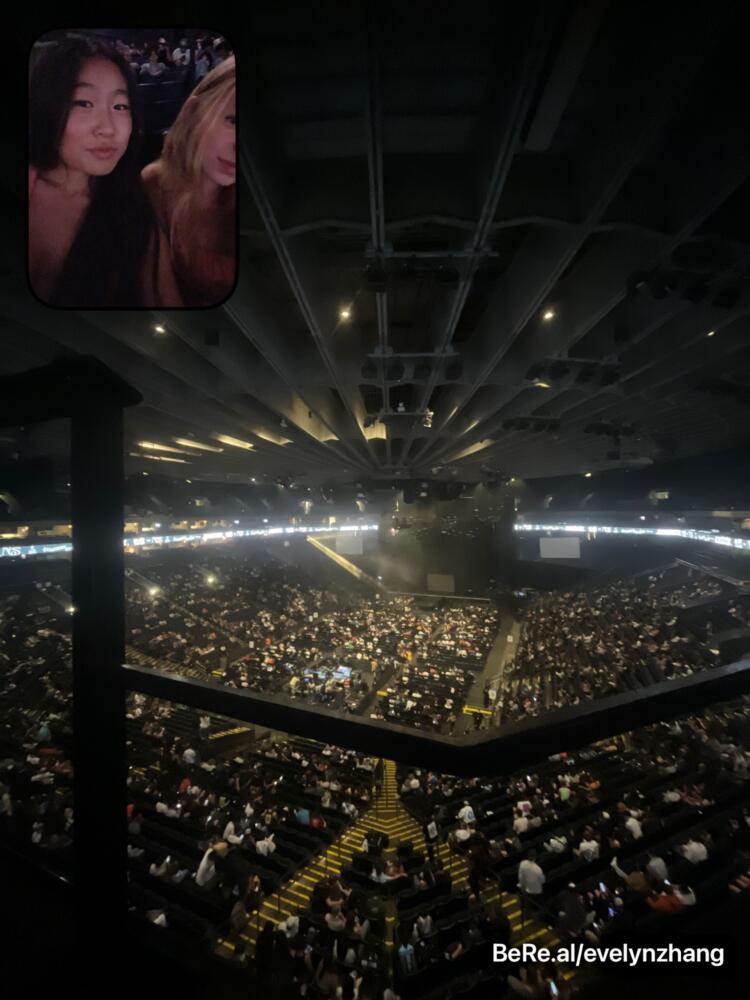 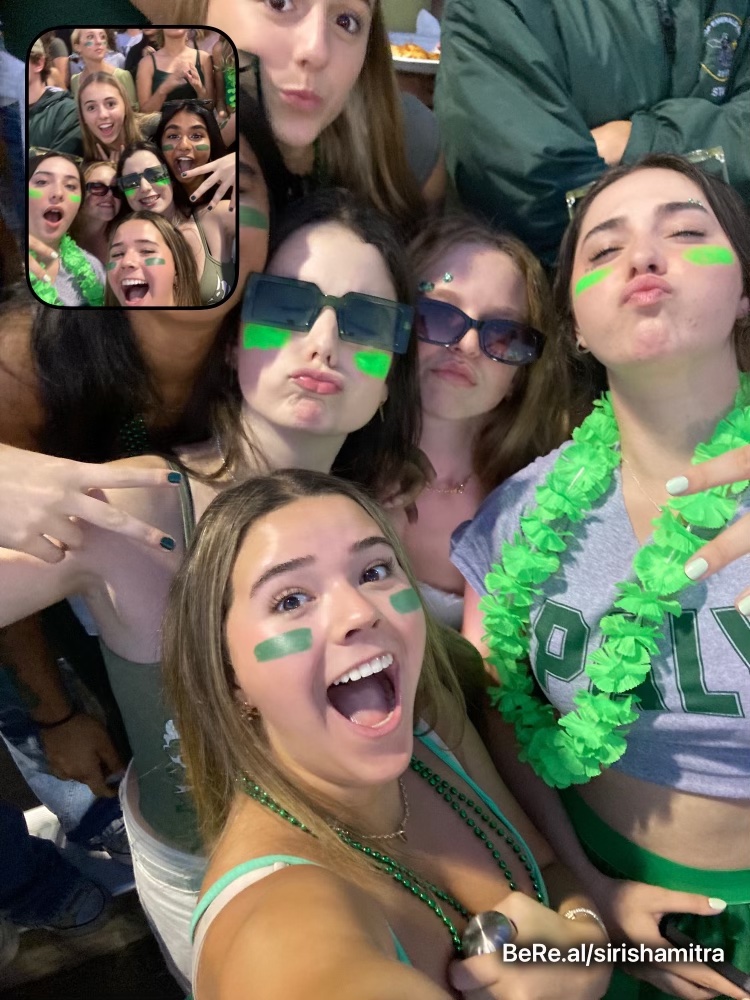 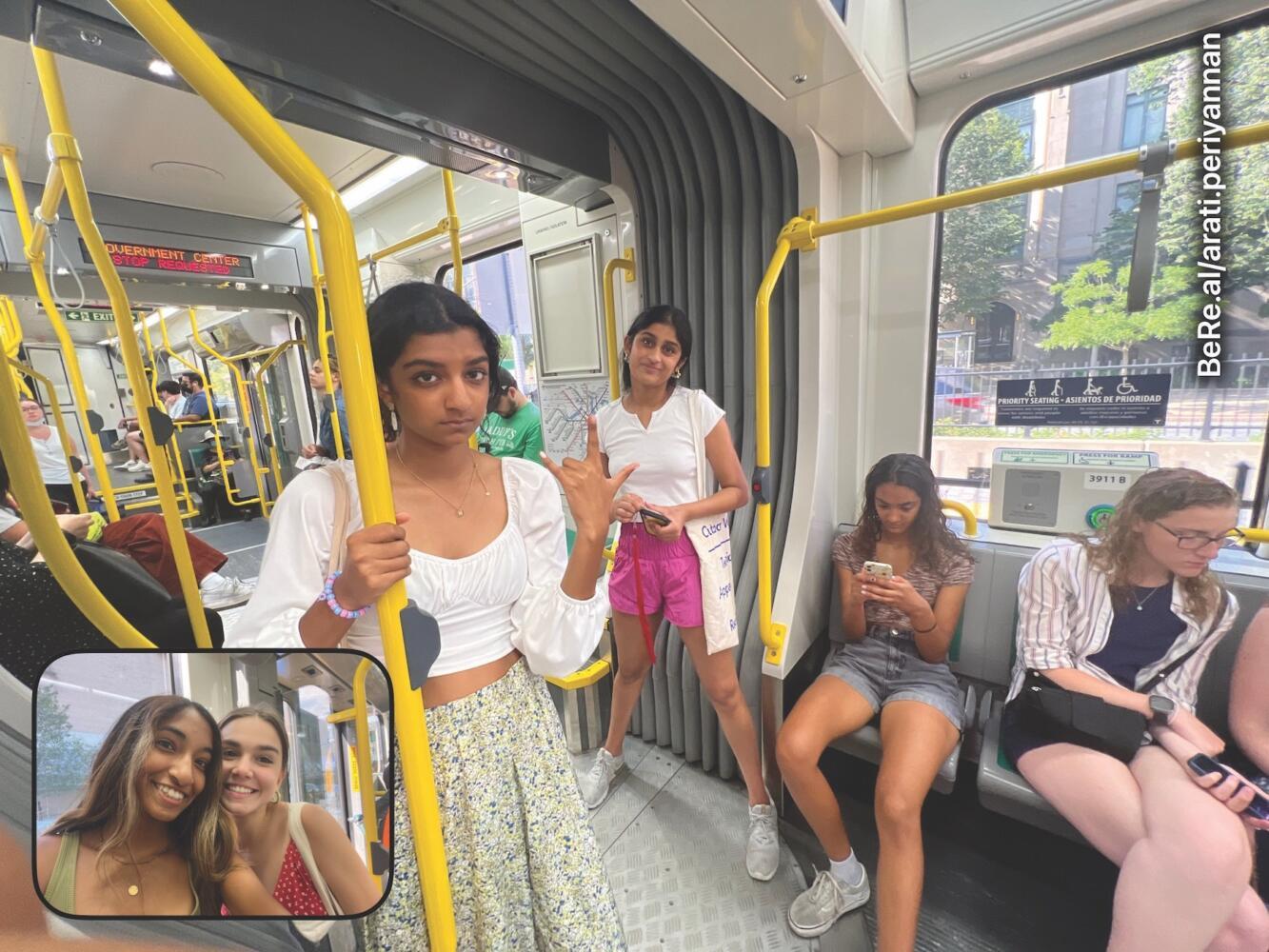