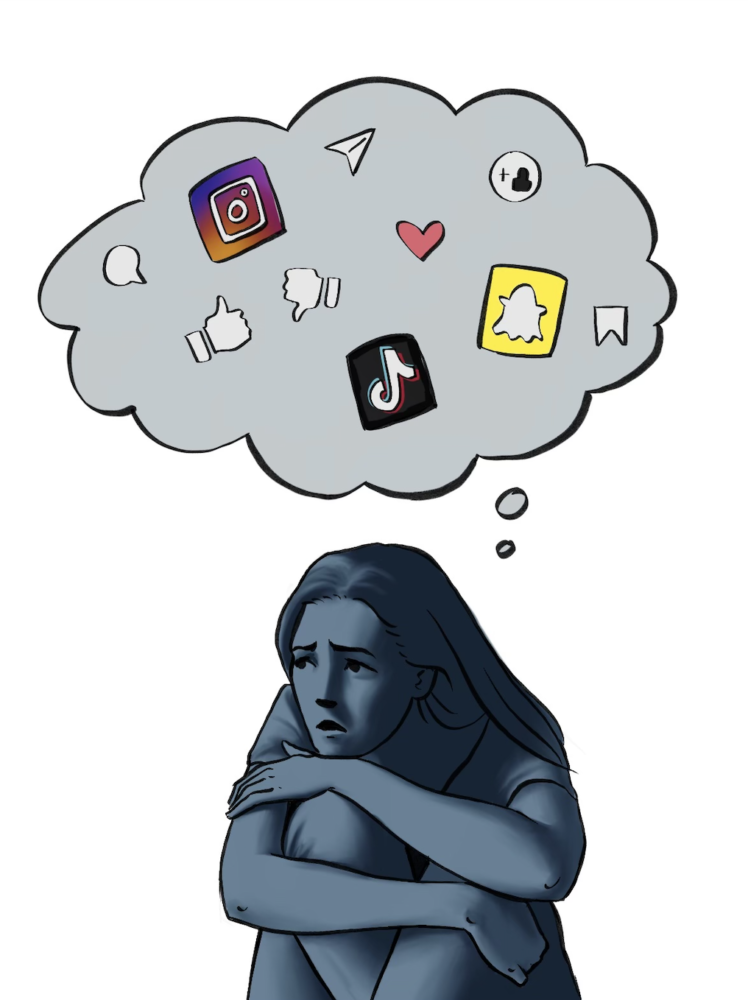 “Hey, can I get your Instagram?” Like most people, this is a question that I have become accustomed to being asked from time to time. However, my response is a bit different than most.

“Sorry, I don’t have social media.”

At this point, I’m used to how this conversation plays out, but I still find people’s responses fascinating. Sometimes, it’s almost as if it had never occurred to them previously that they, too, could opt out of social media.

I’ve never had a social media account of my own. Moreover, I didn’t get a cell phone until the summer before 9th grade. Granted, I got a laptop of my own for school purposes in 6th grade that I used throughout middle school to communicate with friends and family.

I frequently hear people saying that they “had to” get a phone early on for the purpose of communicating with their parents — while it may be the easiest and most convenient way for many people, I’m here to say that there are, in fact, other ways. Sure, a cell phone may have been convenient at times, but, for me, it was by no means essential.

When I eventually did get a cell phone, the summer before 9th grade, there was little discussion about whether or not I would be getting social media. Not only had my sister set the precedent by opting out herself, but I had no interest in it. I had made it all the way through middle school without it, and still managed to make friends and have fun. Why would high school be any different?

Besides, by that point, I had already seen enough. I had watched my peers obsessing over things like Snapchat streaks, and seen how social media preyed on their insecurities.

I had seen how social media preyed on their insecurities.

Last year, slides presenting Meta’s own research were leaked, revealing the impacts of Instagram on teen mental health, particularly for teen girls, making national news and sparking outrage among parents and policymakers. As a result, in October 2021, the whistleblower who leaked these documents testified before Congress.

Meta’s own slides revealed their findings that Instagram makes body image issues worse for one in three teen girls. Another presentation from Meta indicated that among teens reporting suicidal thoughts, 13% of British users and 6% of American users linked their desire to kill themselves to Instagram.

However, almost a year later, social media companies have done little to nothing, by way of policy changes, to address these issues and improve their platforms. Nevertheless, the number of social media users of all ages continues to grow. And I do not have a single friend who, having reflected on these findings, decided to part ways with their Instagram account.

According to Common Sense Media’s 2021 Census, 84% of U.S. teens use social media. On average, teens spend about an hour and a half on social media each day.

Just as I did in middle school, I continue to see firsthand the negative effects on my peers. Sitting in class or at lunch, students stare blankly at their phones, opting to doomscroll on Instagram instead of having meaningful social interaction with their peers.

It’s abundantly clear that social media is negatively affecting teens. Based on how my peers react to my not having social media — including sometimes even expressing to me that they wish they could get off social media too — I think we’re all well aware of its negative impacts. So why are teens continuing to use it?

To be fair, I see the rationale behind my peers’ decision to get social media — not only is it an easy way to connect and communicate with others, it’s common for extracurricular and school organizations, such as clubs and sports teams, to advertise events and opportunities on social media. For these reasons, many of my peers view social media as essential.

When I ask friends of mine, the answer is usually along the same lines: fear of missing out. Not infrequently, friends of mine will view posts from a party or event that they weren’t invited to, leaving them feeling hurt and excluded.

People who do have social media often ask me if I feel like I’m missing out because I don’t have it. And, on some level, I am.

Despite all of this, I choose not to participate in social media culture.

I don’t want to be a part of something which appears to be harming a great number of my peers.

I see a lot of problems with the culture that social media has created for people my age, a culture that emphasizes appearances, exacerbates insecurities and revolves around using the internet for social connection and fulfillment.

I appreciate the argument that it is possible to have a social media account and navigate the platform with seemingly no issues. And yes, I could choose to do that.

However, I believe it is more impactful to instead be an example of a person successfully navigating teen life entirely without it.

It’s not lost on me that publicly sharing my perspective probably won’t persuade many to reconsider their social media accounts — after all, even Meta’s own research wasn’t able to do that.

Unfortunately, that’s just how pervasive it has become in the lives of teens. It is embedded in our culture, how we communicate and how we operate.

While I understand that social media can be useful in many ways, there has got to be a better way than using a platform that is causing so much damage.

I encourage my peers to think about how social media is affecting not only themselves, but our generation and society as a whole. We cannot ignore the issues it is causing. We cannot wait for companies to hold themselves accountable.

And once we’ve reckoned with all of that, is opting in really worth it?