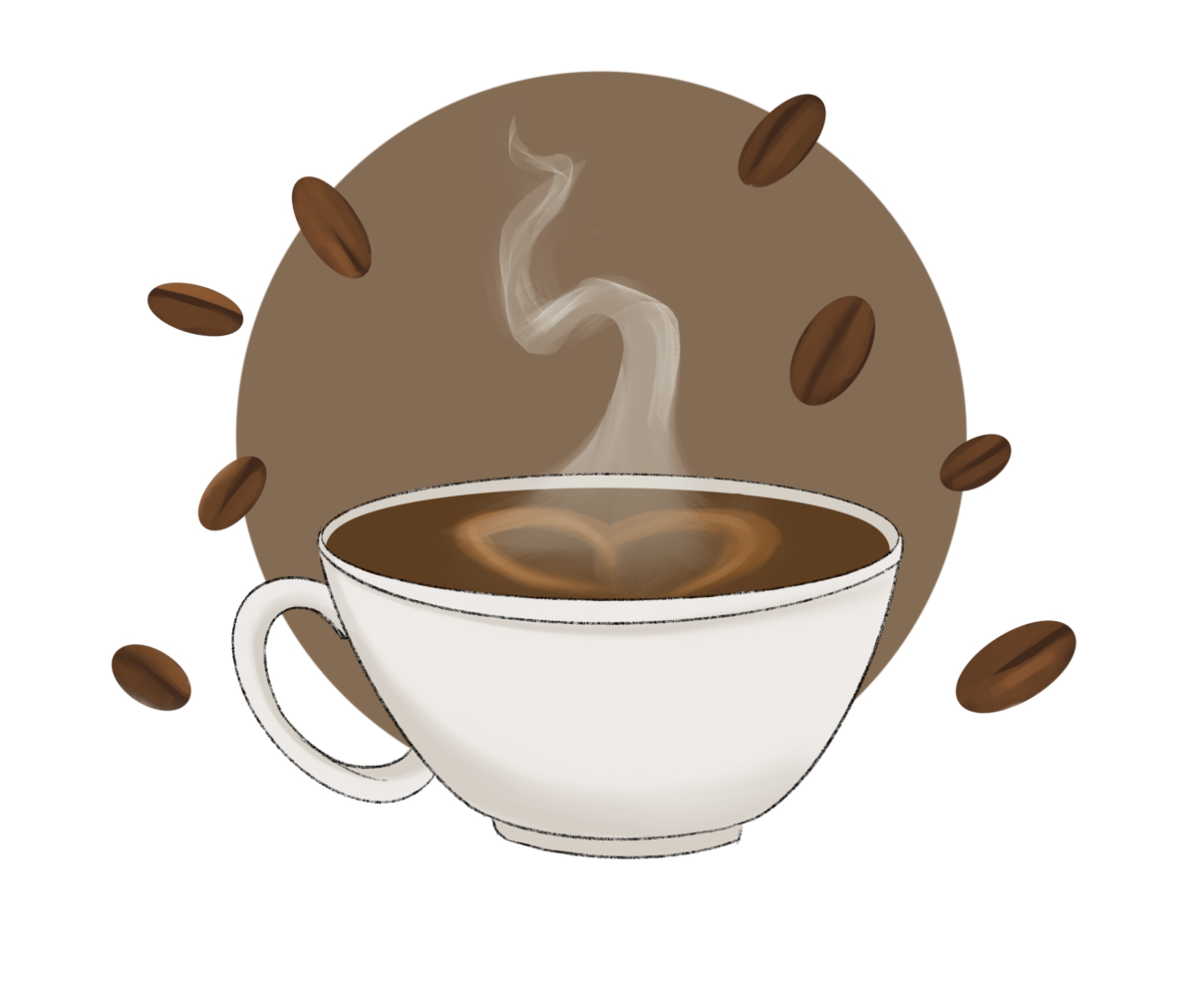 The gurgling of espresso machines and chatter of customer conversations crowd the warm, coffee-scented air of  Peet’s Coffee at Town and Country Village.

According to an opt-in survey by Verde Magazine of 255 Paly students conducted from April 27 to May 6, more than half of students said they regularly consume caffeine, a quarter of which said they consume it daily.

While caffeine serves a different purpose for different students, high consumption of caffeinated drinks can cause more harm than good.

“I feel like Paly isn’t even Paly without seeing someone with a cup of coffee,” senior Kamila Wong said.

Despite Wong’s statement about the prevalence of coffee on campus, some students like sophomore Esther Chung no longer drink coffee because of its negative effects.

“I stopped drinking coffee because it makes me more jittery than actually making me more awake,” Chung said.

Chung is not alone in experiencing side effects from caffeine. Some students such as junior Payton Anderson, experience more serious consequences. Anderson said she struggled with an unhealthy relationship with caffeine consumption, revealing how she used to consume about 300 milligrams of caffeine each day — three times the recommended daily amount.

“Instead of fueling my body properly with food, I was just replacing it with caffeine,” Anderson said.

“I feel like Paly isn’t even Paly without seeing someone with a cup of coffee.”

“It [caffeine] made me really shaky,” Anderson said. “I got super anxious all the time, a lot more anxious than I normally am. I was getting snappier at people — I was really rude to my family.”

Upon realizing caffeine’s harmful effects, Anderson said she altered her habits and now drinks decaffeinated drinks about once a week. However, after learning from her experience, she finds the community’s lighthearted views on caffeine addiction concerning, and has noticed many students pride themselves on their lack of sleep that they compensate with caffeine.

“I definitely think it [caffeine addiction] is [treated] like a joke,” Anderson said. “People were like ‘oh I slept like two hours’ … but in the long run, that’s not healthy.”

According to the same Verde survey, of those who drink coffee, 77.9% began drinking it in 9th grade or earlier — and this is just accounting for coffee, one of the many types of caffeine. So, why do so many students begin consuming caffeine?

Many students, such as sophomore Aiden Hangebrauck, began consuming caffeine to cope with the demanding workload at school.

“I probably started really drinking coffee and energy drinks freshman year,” Hangebrauck said. “I think caffeine can be a useful tool to either get through a sports practice or get through a study session.”

“It [caffeine] made me really shaky. … I was getting snappier at people — I was really rude to my family.”

As a soccer player, Anderson also observed the reliance on caffeine within the athletic community.

“Caffeine is especially normalized, not only in the Paly community but in the athlete community as well,” Anderson said. “I was drinking a lot of energy drinks because I had lots of practices and lots of schoolwork to do.”

While many students utilize caffeine as a tool to aid them with heavy academic workloads, others like Chung view it as a way to get outside and socialize.

“It [caffeine] is kind of my source of happiness,” Chung said. “Especially during the pandemic in freshman year, I would always be isolated inside, but going out with friends and getting boba would be a nice thing for me.”

Whether it is used for socializing or for staying awake, caffeine remains a necessity in many students’ lives.

“It [caffeine] is definitely something I’m dependent on in a not healthy way,” Peet’s employee and junior Terra Majors said. “But I do really appreciate the accessibility and ease that caffeine poses, which is why so many people are drawn to it.”