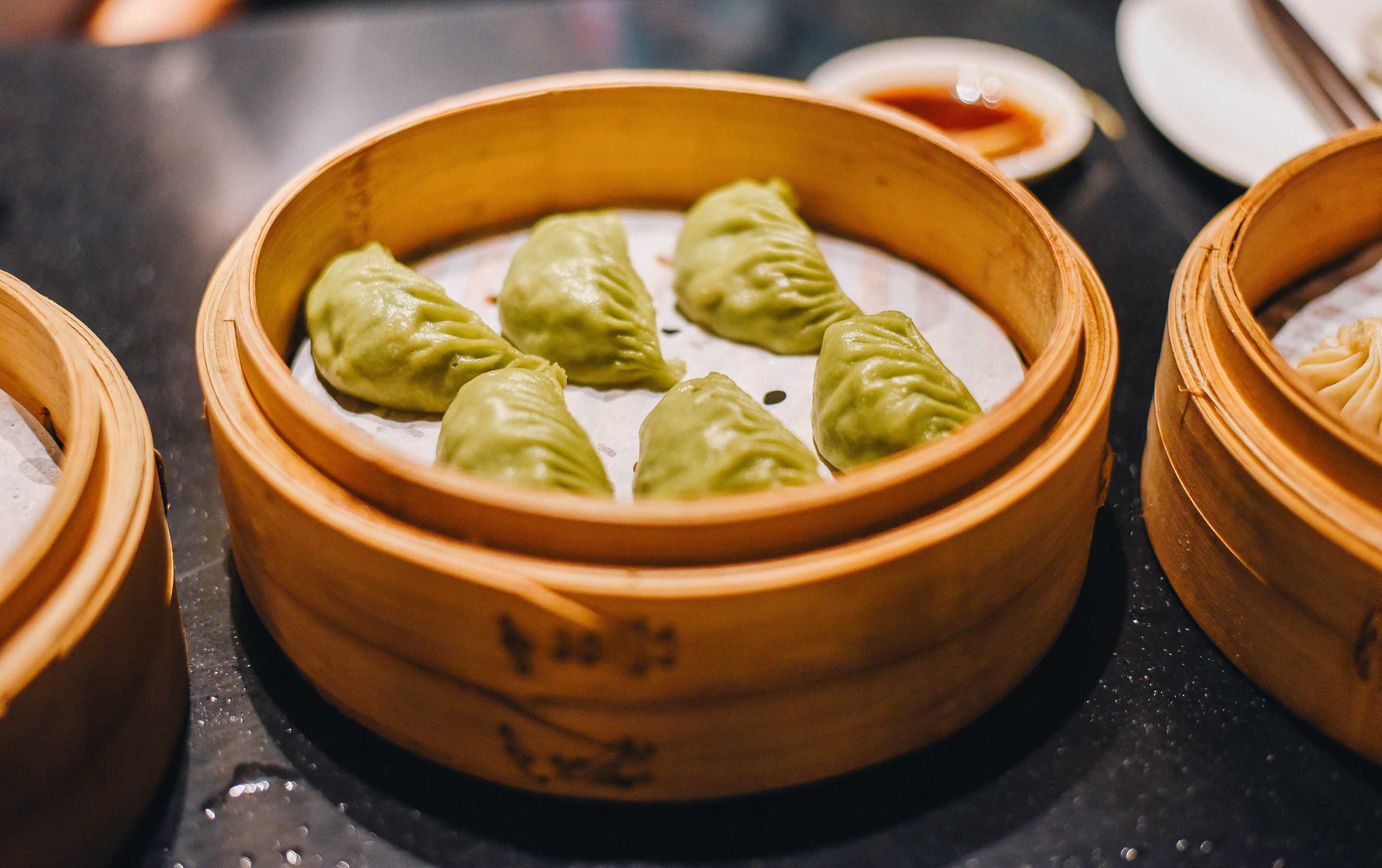 A Taste of Taiwan: Din Tai Fung is delicate, colorful and intense

Hype that doesn’t die down a year after a restaurant opens is some real hype, indeed. At Din Tai Fung, where there are still the same two-hour wait-times, the same excited first-timers and the same endless line that snakes from the Westfield Valley Fair storefronts of Dior to Build-a-Bear in Santa Clara more than a year after their May 2016 grand opening, the hype has to be pretty damn real.

Originating in Taiwan, Din Tai Fung is a dumpling house that specializes in xiaolongbao, also known as soup dumplings. Though soup dumplings were invented in Shanghai, the ones crafted by Din Tai Fung are said to be driving the standard with their supposedly paper-thin skins that unfathomably encase swollen, soup-filled bodies. Since its founding in 1958, the chain has been named one of the top 10 restaurants in the world by The New York Times and has earned one Michelin star for their first Hong Kong branch. 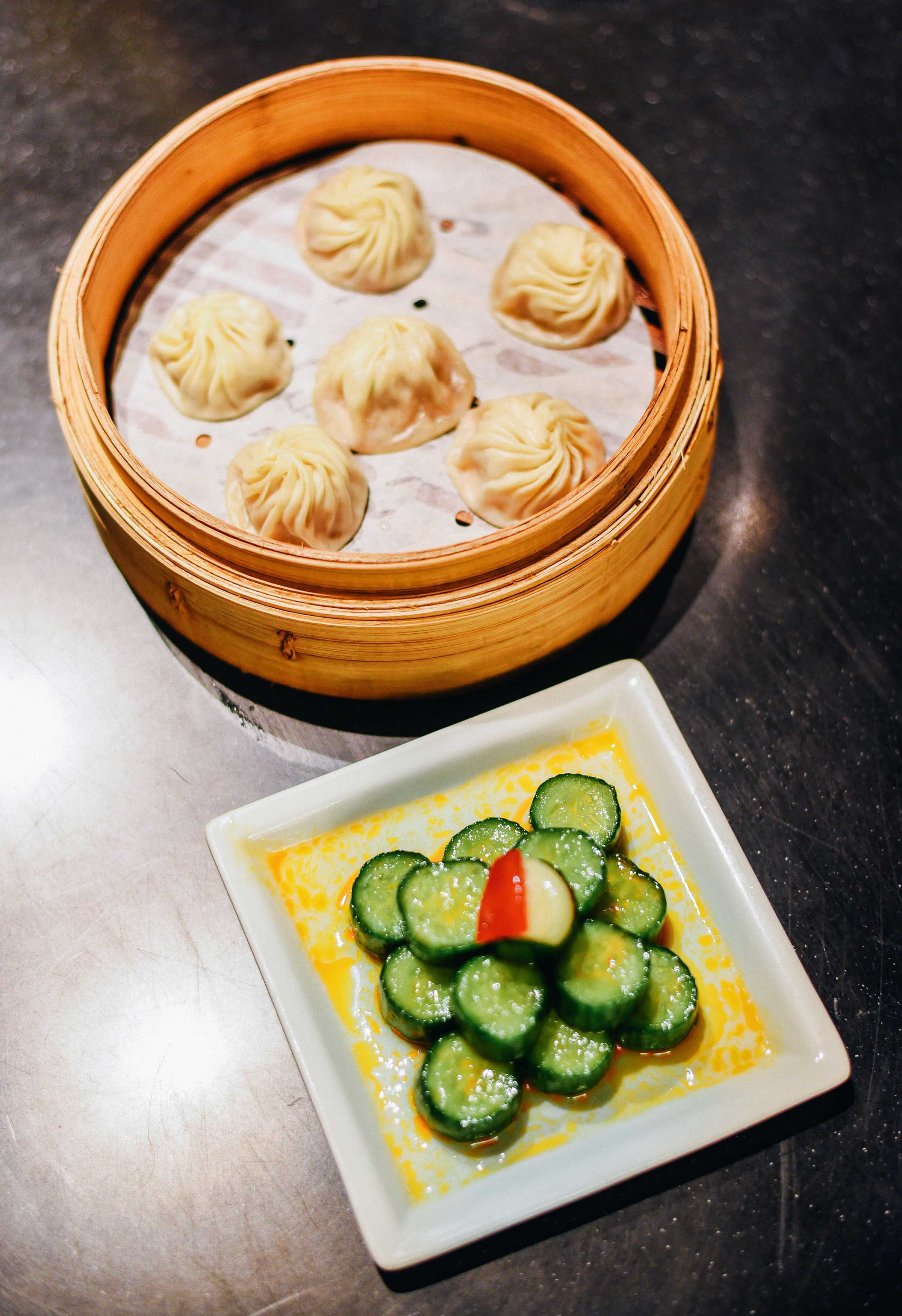 The pork xiaolongbao, filled to puffy perfection with hot, savory soup, was nicely accompanied by the crunchy, sweet and spicy cucumber salad. Photo by James Poe.

The restaurant itself can only be described as sleek. Inside, gray tiling and polished wooden accents mesh seamlessly under dim, golden lighting to create a dominatingly contemporary feel. A few vividly purple orchids did, however, distinguish the interior as subtly East Asian.

The atmosphere, however, wasn’t the defining factor: the real test was the taste and presentation of the dishes.

With the cucumber salad, Din Tai Fung nailed the perfect appetizer right on the head. Every bite of the chubby slabs of chilled cucumber glossed minimally in a seasoned oil yielded a crisp crunch and a slightly sweet, slightly garlicky bite. It was an unexpected paragon of simplicity that set a refreshing start for the meal.

How good the vegetarian dumplings turned out to be was unexpected, as well. Portly stuffed with earthy mushrooms, chives and delicate glass noodles in a chewy, green skin, the dumplings epitomized harmony between textures and warm flavors.

Unfortunately, while the vegetable bun had seemingly the same filling as the dumplings, there was neither the subtleness nor distinctiveness of the thin skin that could emphasize the intricate sharpness of the greens. Instead, the bun’s thick, fluffy casing dominated each mouthful and blocked any potential for the stuffing to take center stage.

Bite-sized pork and shrimp wontons were the next to impress us. Dressed in a bright-red,  sweet and spicy chili sauce and sparsely sprinkled scallions, the wontons’ bright flavor was only enhanced by the snap of every bite of shrimp.

The soup dumplings, however, were what we really came for. And while they were far from unpleasant, there was quite a bit of let-down in regards to their aesthetic value. Instead of the perfectly rounded spheres marked distinctively by a pleated twist at the top that was gushed about endlessly by every Din Tai Fung devotee we talked to, we were only treated with crepey, sagging skin over a rather undetectable amount of broth. It formed a less-than-pretty shape. 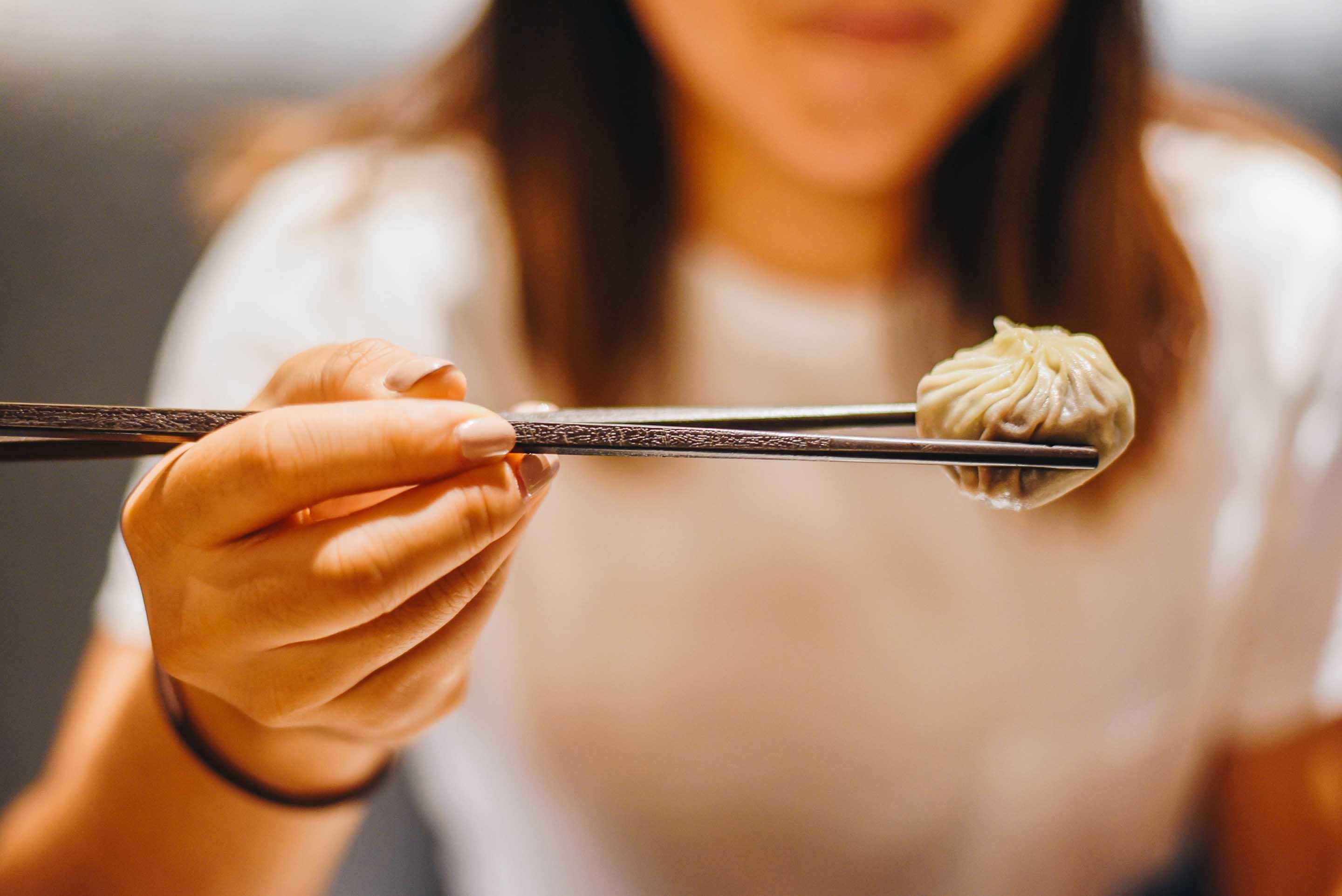 The taste, nonetheless, was more than redeeming. Both the pork xiaolongbao and pork and crab xiaolongbao were rich and buttery in flavor as they burst into a flood of meaty essence on our tongues. Dipped into the recommended three-one ratio of black vinegar to soy sauce and julienned ginger, the creaminess was pleasantly cut down with a tangy vibrancy.

After tasting a rainbow of flavors, our only craving left was one for sugar. That was satisfied by the red bean xiaolongbao, a dessert version of the savory soup dumplings. Pinched neatly in the same skin, the dumplings were filled with a thick red bean paste whose flavor found the perfect middle-ground between sweet and earthy.

Backed up by a host of recommendations and high ratings, it shouldn’t have come as a surprise that Din Tai Fung did not disappoint. Though the vegetable bun and soup dumplings left some expectations unfulfilled, every dish still left a lasting impression of artfully blended textures and taste bud-rousing flavors that would refute any uncertainty of the chain’s fame. The hype, as it turns out, is damn real.