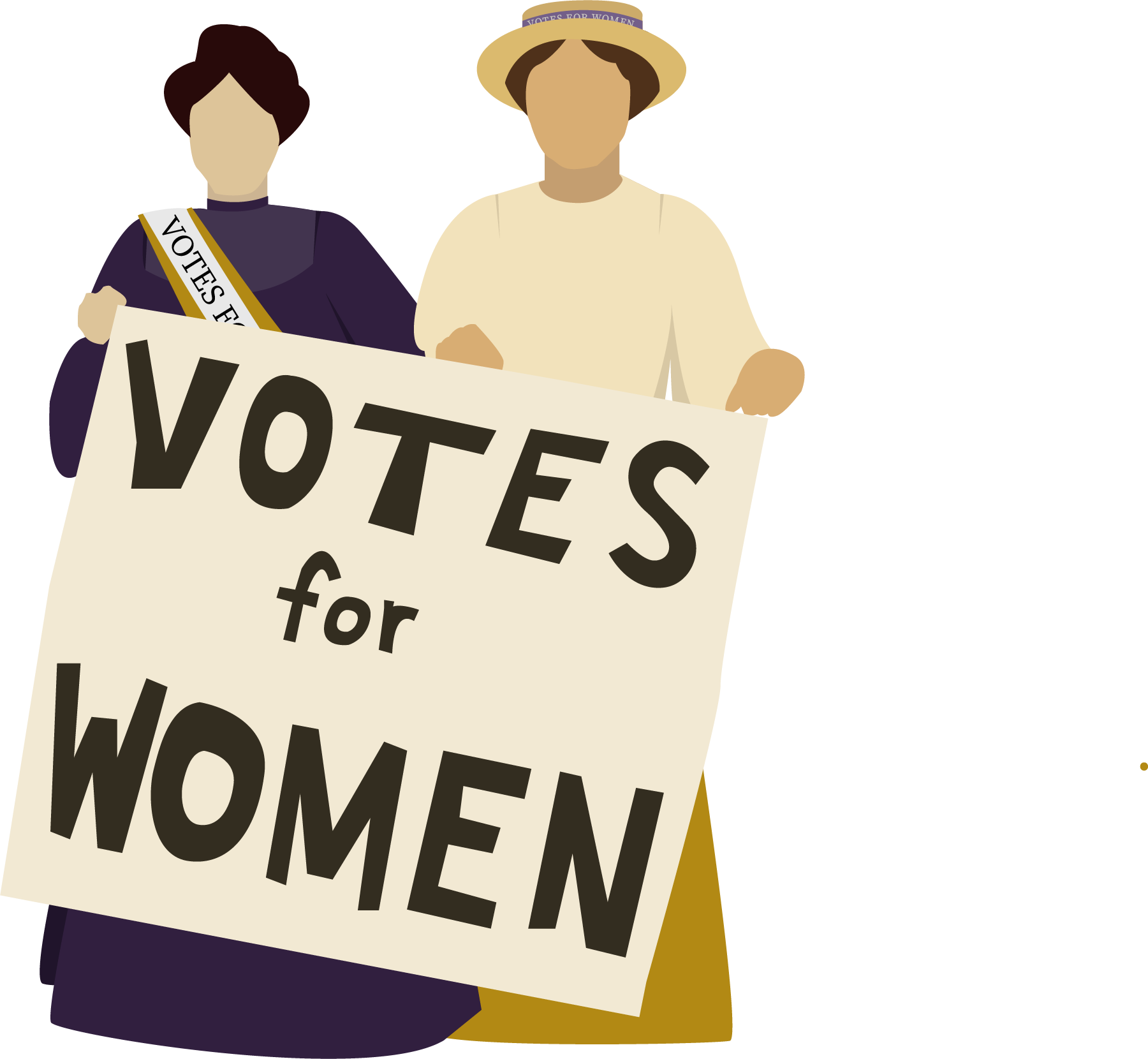 Waving large American flags, women celebrate with homemade megaphones and smiling faces. The photo captures the moment when the ratification of the 19th Amendment was announced. Their spirit was echoed by many across the United States.

While the ratification of the 19th amendment was a big step forward for women’s rights, women of color were largely excluded from this milestone. African American women were barred from the polls — especially in areas where Jim Crow laws were prominent — and many were unable to cast a vote until the Voting Rights Act of 1965.

“We still have areas in America that have struggled to find their way to vote because they have strategically been violated by not being able to get to a voting location to vote, and these are often communities of color,” said Nancy Shepherd, president of the Palo Alto League of Women Voters.

Over the past century, women’s impacts in politics can be seen in numerous milestones — such as the first female governor being elected into office, the first female U.S. Supreme Court justice swearing in and a woman coming closer to becoming president than ever before. These women and their drive to pursue careers in politics even when all odds are stacked against them must be celebrated and admired as we, 100 years later, continue the fight for women’s equality.

Democratic Reps. Alexandria Ocasio-Cortez, Ayanna Pressley, Ilhan Omar and Rashida Tlaib — known as “The Squad” — are four women of color currently making history in the U.S. Congress. They were elected for the first time in 2018 and are all running in this upcoming election. The group is known to be under the constant scrutiny of President Donald Trump for their left-leaning political opinions, including a continued advocacy for policies like the Green New Deal and Medicare for All.

Ocasio-Cortez is the youngest woman to ever be a member of Congress and represents the 14th Congressional District of New York. She is a member of the Democratic-Socialists of America and is known for being extremely vocal on her social media platforms, with over 16 million followers on Instagram and Twitter combined.

Pressley represents the 7th Congressional District of Massachusetts. She is the first woman of color to represent the state in Congress and is a big supporter of prison reform, especially towards lowering the number of incarcerated people of color. Pressley believes that America needs to improve their public transportation in order to help combat climate change.

When elected in 2018, Omar made the history books as one of the first Muslim women, alongside Tlaib, to be elected to Congress, as well as the first Somali American and the first naturalized citizen of African birth. She represents the 5th Congressional District of Minnesota. Omar identifies as a Democratic-Socialist but has not been endorsed by the organization. As an immigrant herself, she is a strong supporter of reconstruction America’s immigration system, starting with abolishing I.C.E.

Tlaib, who represents Michigan’s 13th District, is the first Palestinian woman as well as one of the first Muslim women to be elected to Congress. Tlaib is a fierce advocate for the Palestinian right to return and openly opposes the Boycott, Divestment and Sanctions movement against Israel. COVID-19 has hit small businesses and Tlaib believes that there should be more money put towards them and less to large corporations.

Though these four women have made history just by being elected, they still have much work to do in order to reach the America they hope to be a part of. Some bills that they support include the “Anti-Racism in Public Health Act of 2020” that would declare racism as a public health crisis, as well as the “I am Vanessa Guillen Act of 2020” which would make sexual harassment illegal within the military. The majority of the bills they support include better healthcare rights for everyone, especially women and people of color, as well as environmental acts such as the “End Polluter Welfare Act of 2020.”

With less than a week until ballots are due, both voters and candidates alike are anxious to see the results of this contentious election.

The league wants you: The woman behind the 100 percent mission