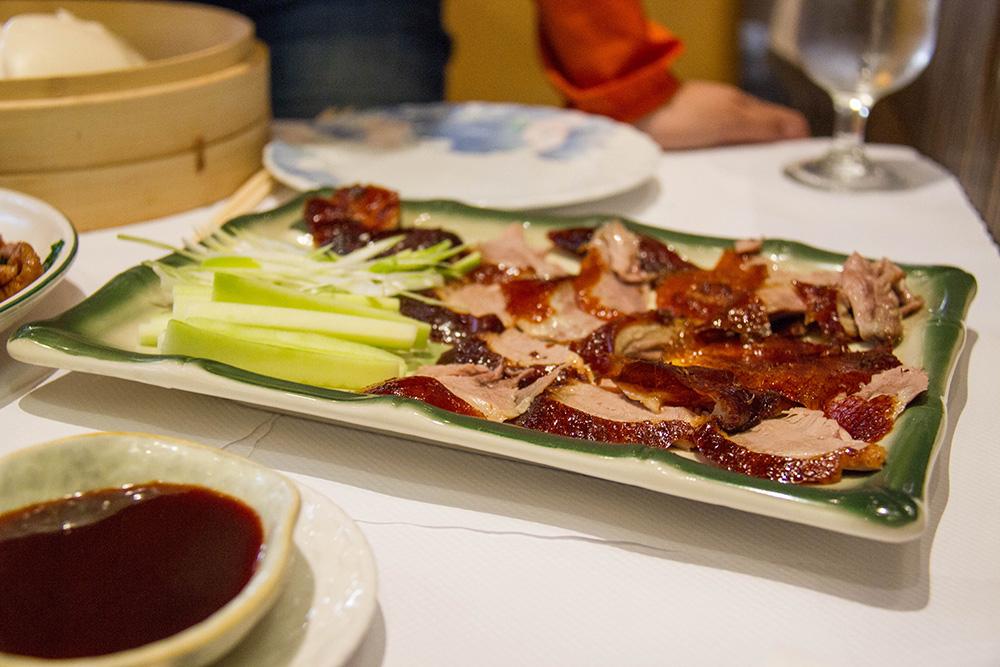 After speaking for a few minutes with an employee over the phone, you pick up your Kung Pao chicken and chow mein packaged in paper boxes dripping with grease. So the stereotype of Chinese food goes. There’s nothing wrong with this image of American Chinese food — it’s its own gem. After all, the American fortune cookie, which the skeptical Asian grandparent may scoff at, has proved its worth by finding its way into essentially every Chinese restaurant in the nation.

But quality Chinese food offers a certain experience that is unattainable through any other type of food. Luckily, the diversity of the Bay Area has allowed a profusion of upscale and authentic Chinese restaurants to flourish. Verde decided to eat at a couple of Palo Alto’s best Chinese restaurants and detail the experience.

Peking Duck Restaurant is a good choice for, as expected, its Peking Duck ($17.50 for a half duck, $32 for a whole), a signature Beijing dish. The duck was the first dish to arrive, and was our favorite because of the way the savory meat combined with the crispiness of the duck’s baked golden-brown skin. The duck, sliced into pieces conveniently away from the bone, is presented with a choice of buns or flat tortilla-like pancakes to wrap the meat, along with cucumber, spring onion and a flavorful plum sauce.

The next dish to arrive, wok-fried lamb and scallion ($13.95), was savory, but the sauce was overly salty and the dish itself was very heavy.

In general, the food was average, and service was subpar.

This Palo Alto favorite, located on El Camino, has been in the city for more than 20 years, and its recent move across town surely hasn’t hurt its bustling business.

When we walked into the restaurant on a Friday night, all of the rooms were packed, and though this made the food come out a bit slower than at Peking Duck Restaurant, the service and attention to detail made up for it. The waiters regularly refilled our drinks throughout the meal without prompting and were extremely quick to attend to our needs.

The first item we ordered was the crispy duck ($16.95 for half). As the name suggests, the duck had tasty and crispy skin. There was plenty of meat because the bone was left on, but it was difficult to get to the meat. The meat itself was a little dry and was not as tasty as the meat at Peking Duck. Next, we ordered sizzling beef ($10.95), which was a savory stir-fry of beef and vegetables served with an exquisite sauce. The sizzling of the dish combined with huge amounts of steam added to the excitement of the dish.

Lastly, we ordered the House Special Noodle Soup, a thick gelatinous egg soup with pork, shrimp and vegetables. A creative take on a traditional Chinese dish, Su Hong added a variety of extra ingredients, making it more interesting. The soup itself was extremely flavorful — potentially too salty for some — but overall the dish was delicious.

To add a note of authenticity, Su Hong concluded our meal with a tasty complimentary red bean soup for dessert. We particularly enjoyed the service and ambiance of the restaurant, which was inviting and well-lit with plenty of natural light.