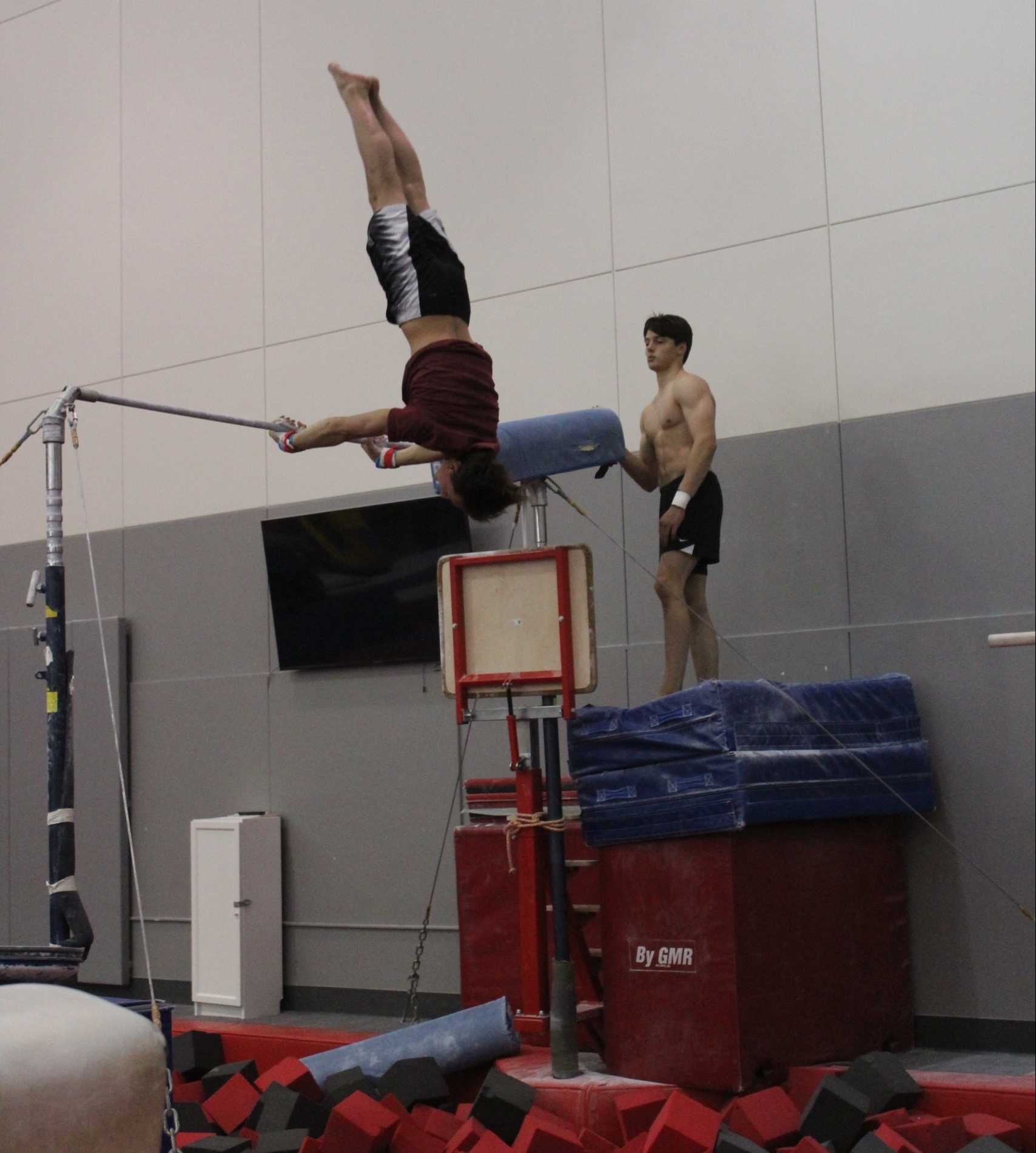 SWINGING SIBLINGS Jared Noyman practices his high bar routine while his brother Erik spots him. The two brothers are constantly working together to improve. Photos by Zoë Wong-VanHaren

The Noyman brothers: Setting a high bar for intense athletes

“Come on Erik, load it up!” “Let’s get it, Jared!” Other gymnasts at the gym cheer on teammates Erik and Jared Noyman, brothers practicing their high bar routines. The gym is alive with boys of all ages perfecting their own routines and exercises in groups. Upbeat pop music plays in the background, and the sound of chatter and encouraging words fill the space with a fun and collaborative atmosphere. After applying chalk to their hands, the brothers take turns swinging and flipping on the high bar, receiving feedback from their coach and then repeating the process.

“The reason that I like it [the high bar event] is it’s really challenging and there’s always an adrenaline rush when you do it,” Erik said.

“I feel like I’ve improved myself as a person — I’ve become a hard worker and that has helped me with my other commitments.”

Both Erik and Jared started gymnastics at a young age. Jared started at around five or six years old, encouraging Erik to start about a month later. The two of them took up the sport when their mom noticed that they both had a lot of energy.

“I was always climbing up the door frames in my house and my mom was like ‘That’s it,  you’re going to gymnastics,’” Erik said.

Despite the sport’s individual focus, the team’s positive and collaborative atmosphere has kept the pair hooked since they started.

“Everyone respects the work that you put in, and everyone’s really supportive of each other,” Erik said. “It’s not really like people booing against you — you want everyone to do as best as they can.”

This spirit is emblematic of the gymnastics culture as a whole. According to Jared, most athletes cheer each other on at tournaments, despite the fact that they are all technically competing against one another.

“Even people on other teams cheer each other on,” Jared said. “Maybe we’ll cheer if someone has a good routine.”

Erik and Jared began training at the Stanford collegiate gym because of its close distance to their home. From there, the brothers have worked hard to perform well each season, and both of them have made it onto an All-Star team ­— a group composed of the top five gymnasts at regional championships who represent the region at state championships.

“I was able to represent Northern California at regionals [and] I got second in the state,” Jared said. “I was pretty excited about that and it was a really good experience.”

Not all of their accomplishments, however, have necessarily been awards or medals. Like many other sports, gymnastics can help encourage a strong work ethic.

“I feel like I’ve improved myself as a person — I’ve become a hard worker and that has helped me with my other commitments,” Erik said.

Despite the positive experiences that Erik and Jared have had, a rewarding sport is not without its challenges. Gymnastics is not an easy activity to just pick up or participate in as an extracurricular. It demands an extensive time commitment, and the Noyman brothers typically practice for three to four hours a day, six days a week.

“You get home, have a 10 minute break, and just go straight to work,” Erik said. “You can’t slack off at all. And then oftentimes you have to stay up late at night because of gym, doing the work that you didn’t finish before, so it’s definitely a commitment.” 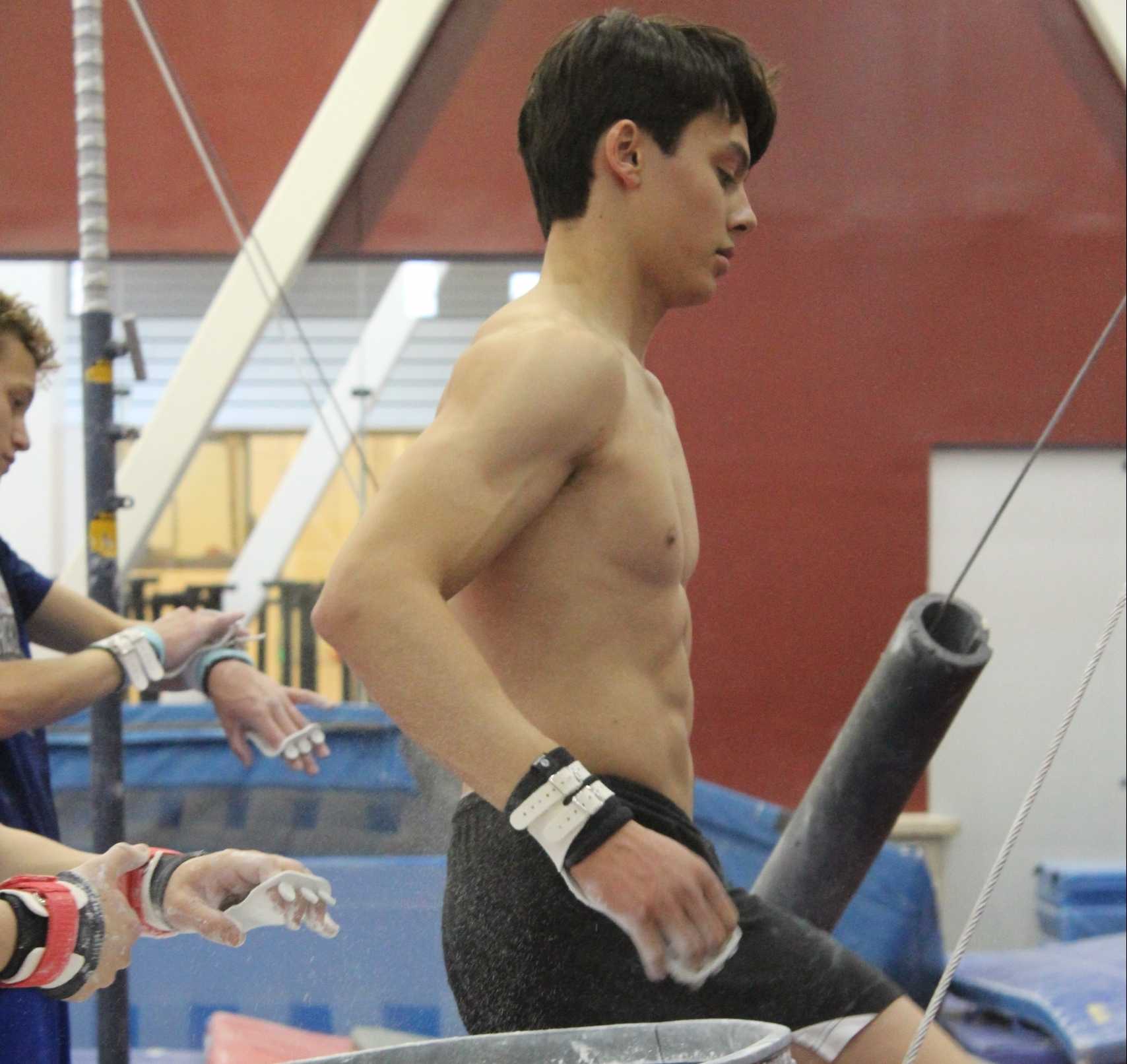 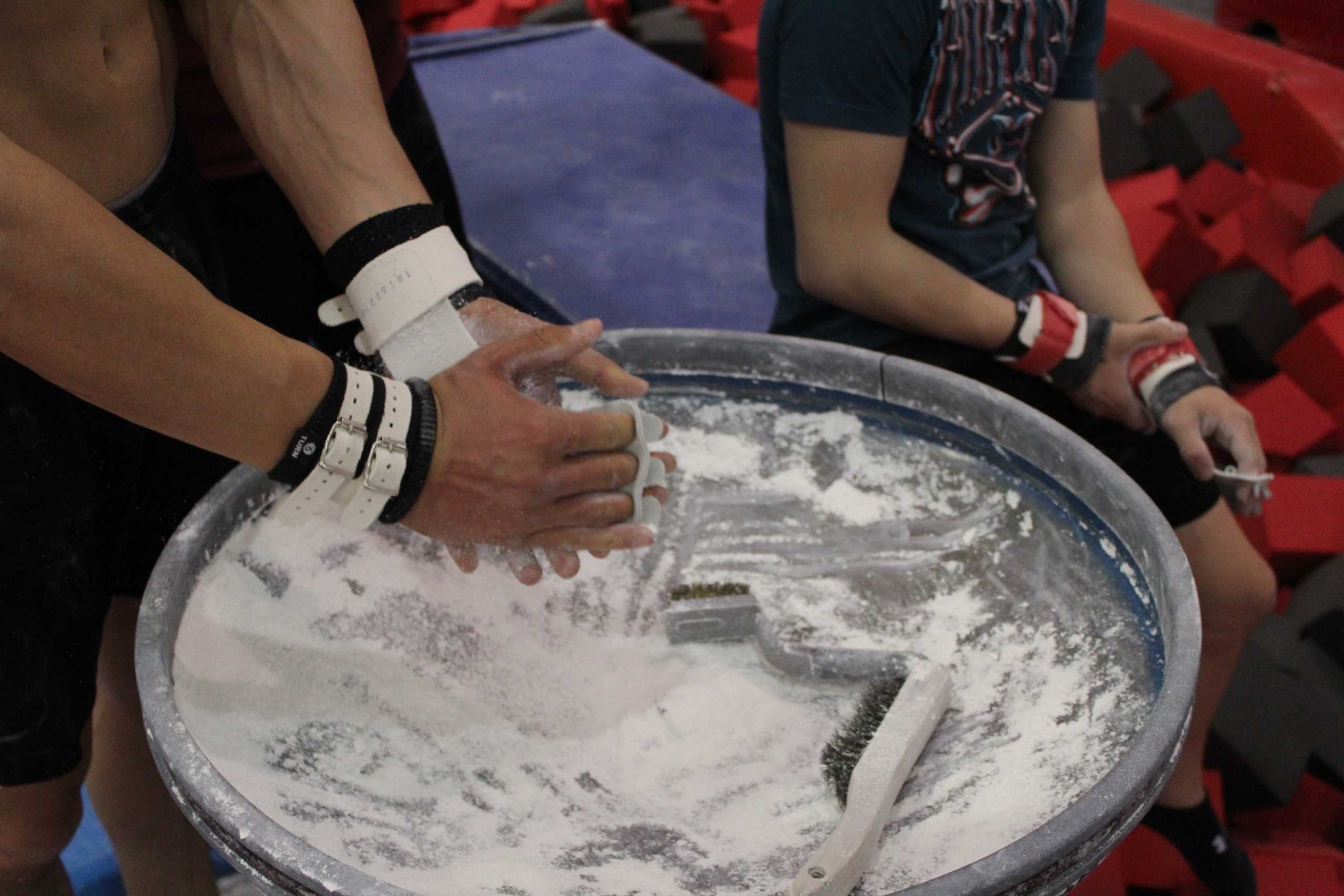 Another challenge the brothers face is the stigma that comes with being a male gymnast. According to Erik, many people who show interest in his gymnastics career tend to visualize the sport as nothing more than leotards and flips. While both Erik and Jared do wear leotards during competition and can do flips, they also want people to understand the commitment and hard work that go into the sport.

Injuries, although common among gymnasts, usually prove to be setbacks as well. Erik has learned to deal with them though, as he has had to handle injuries for the past couple of years. Often, these injuries have left him unable to practice certain skills or compete in tournaments.

“Everyone at one time or another is going to get injured, but I guess it’s something you have to deal with and just push forward,” Erik said. “I feel like I’ve improved a lot even though it’s been on-and-off in that I’ve learned how to rebound from major injuries.”

In the future, the Noymans both hope to continue their gymnastics careers in college and beyond. The idea of competing in college pushes them to continue working hard, keeping in mind that one day they could represent not only a team, but also a school.

“Collegiate gymnastics — that’s the goal for me,” Erik said.