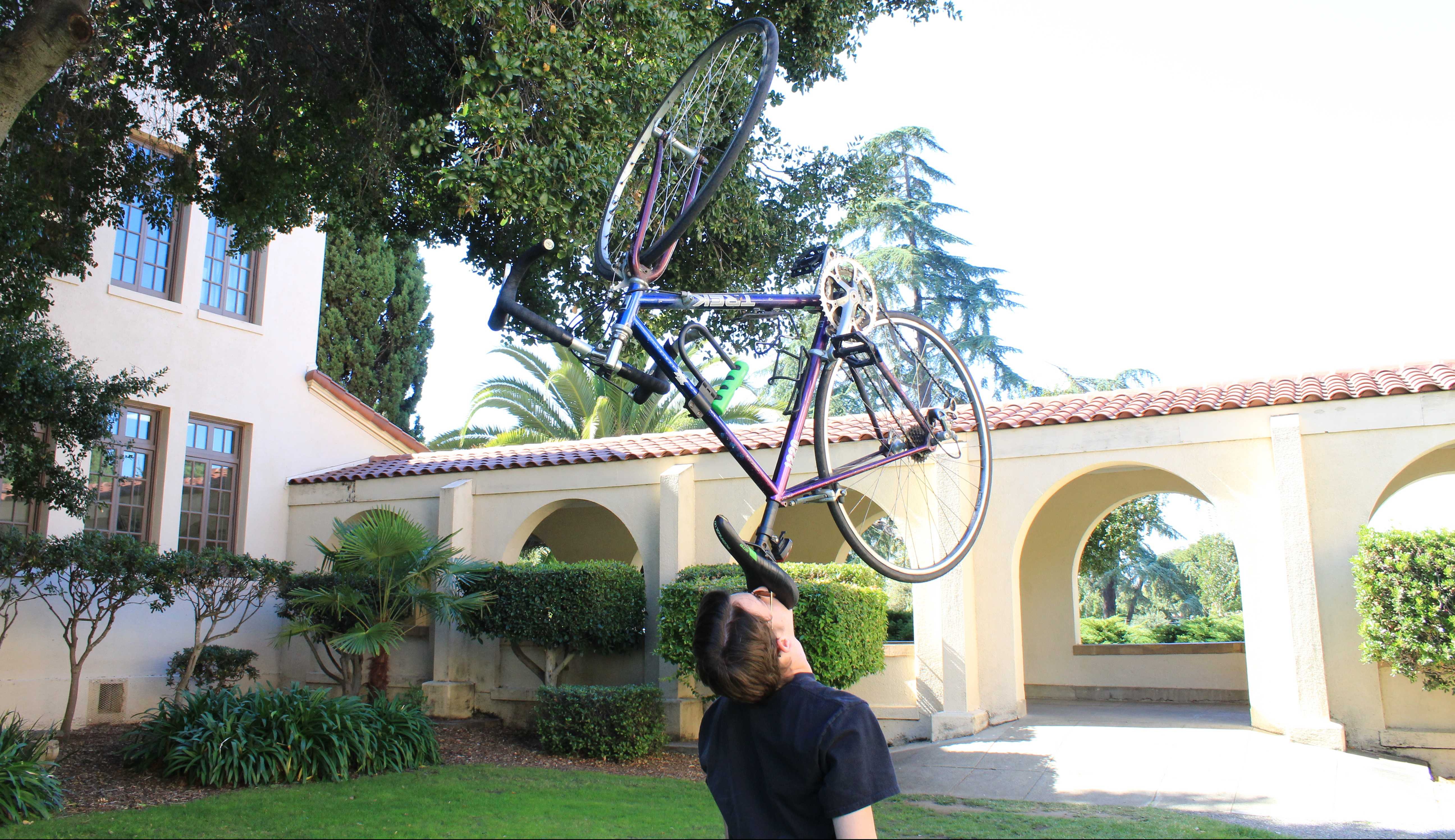 BIKE BALANCING Jesse Wilen balances a bike on his chin near the Palo Alto High School Tower Building. "When my brother was juggling and practicing cool tricks I was like, wow, I want to do that," Wilen says. Photos by Zoë Wong-VanHaren

If you can balance a bike on your chin, can you balance your time, too? While both might be seen as impossible feats, senior Jesse Wilen manages to do it all. At first glance, he might seem like the average student. Yet, he has been able to balance the rigor of Palo Alto life with success in many fields. Wilen is an avid musician, a stage audio enthusiast, and the president of the Juggling Club. “If you’re enjoying yourself but not killing yourself doing what you’re doing, go for it,” Wilen says. This never-ending perseverance balanced with optimism is what makes Wilen simply put, extraordinary.

Among his many talents, music was  Wilen’s first love.

“I’ve been involved in music since the day I was born,” he says.

Detailing his early music ventures, he explains that every child in his family had to pick up an instrument at an early age. After two violin lessons, he decided that violin wasn’t for him and picked up piano instead. He has gone from 15 minute piano lessons when he was little to being with the same teacher since he was five and even joined the choir scene when he was eight. Today, he continues to sing and play and has even added digital music production to his arsenal of musical talents.

Wilen was introduced to the realm of theater at a much later age.

“If you’re enjoying yourself but not killing yourself doing what you’re doing, go for it.”

“I wasn’t sure that I was going to do any theater in high school until I got there and a bunch of my friends were in it,” Wilen says.

But it was not right away that he discovered his true passion was not on stage — they were behind it. “At the beginning, I was taking Theater 1 and then after a semester, I realized that I didn’t want to take theater classes,” he says. “After that, I spent most of freshman year doing lighting and scenic work and at the end of freshman year, I realized I liked stage audio.”

Since then, Wilen has managed the cables and connections required for a theater performance many-a-time and is now pursuing stage audio as a career choice.

Welcome to the juggle

Along with theater, juggling entered Wilen’s life at the beginning of his high school career. And as with music, he had a little bit of inspiration from his older brother, Henry.

“I started trying to juggle when I was really little, Henry was in juggling club when he went to Paly,” Wilen recalls. “When he was doing his thing, I was like, wow, that’s cool, I want to do that.”

It was only years after he watched his brother that Wilen rediscovered juggling.

“During the freshman musical I was in, Beauty and the Beast, we would just constantly juggle backstage and that’s how I started out,” Wilen says. “A few days later, I found myself staying up until ridiculous hours practicing juggling and getting it down because I’m pretty competitive and wanted to get good fast.” 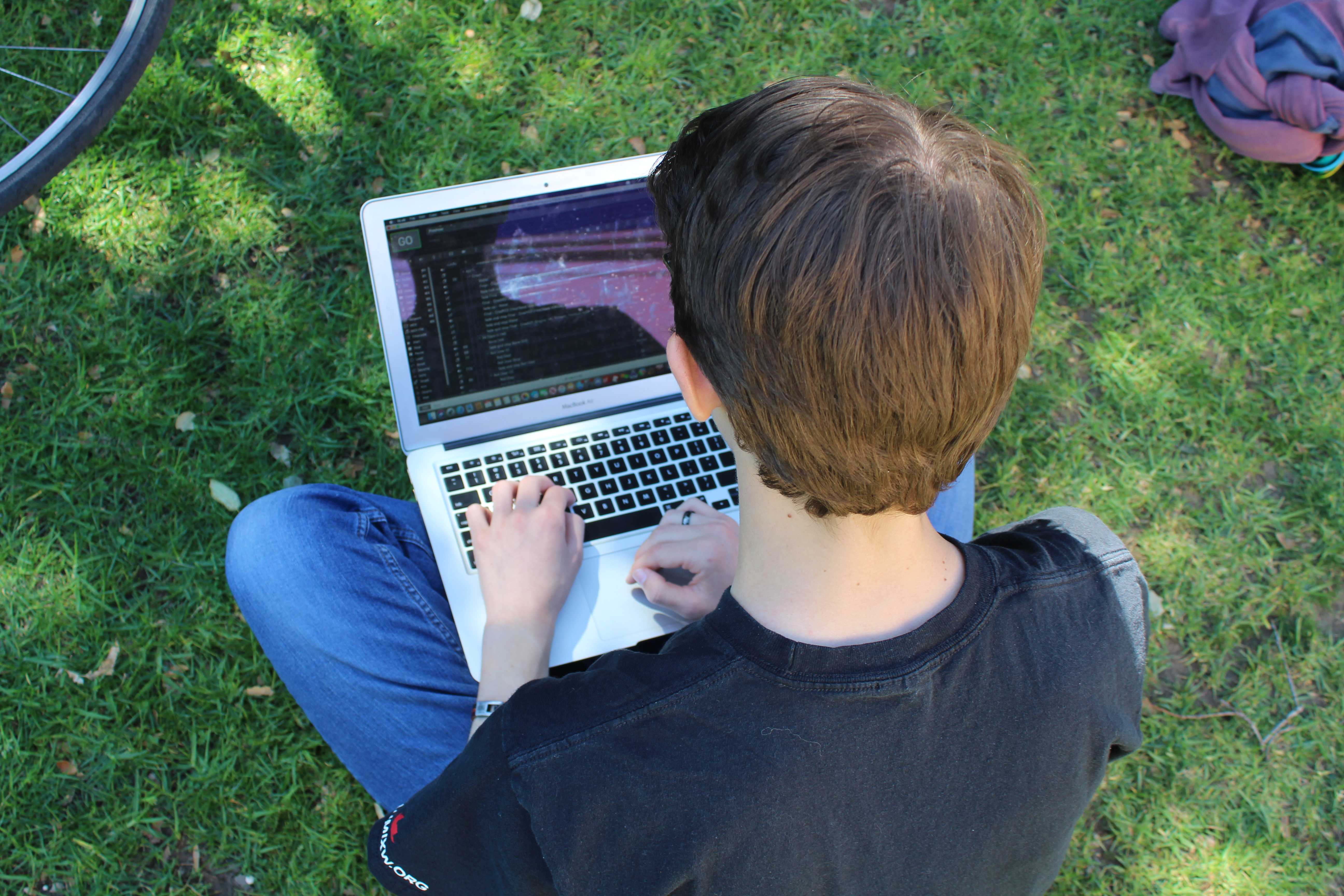 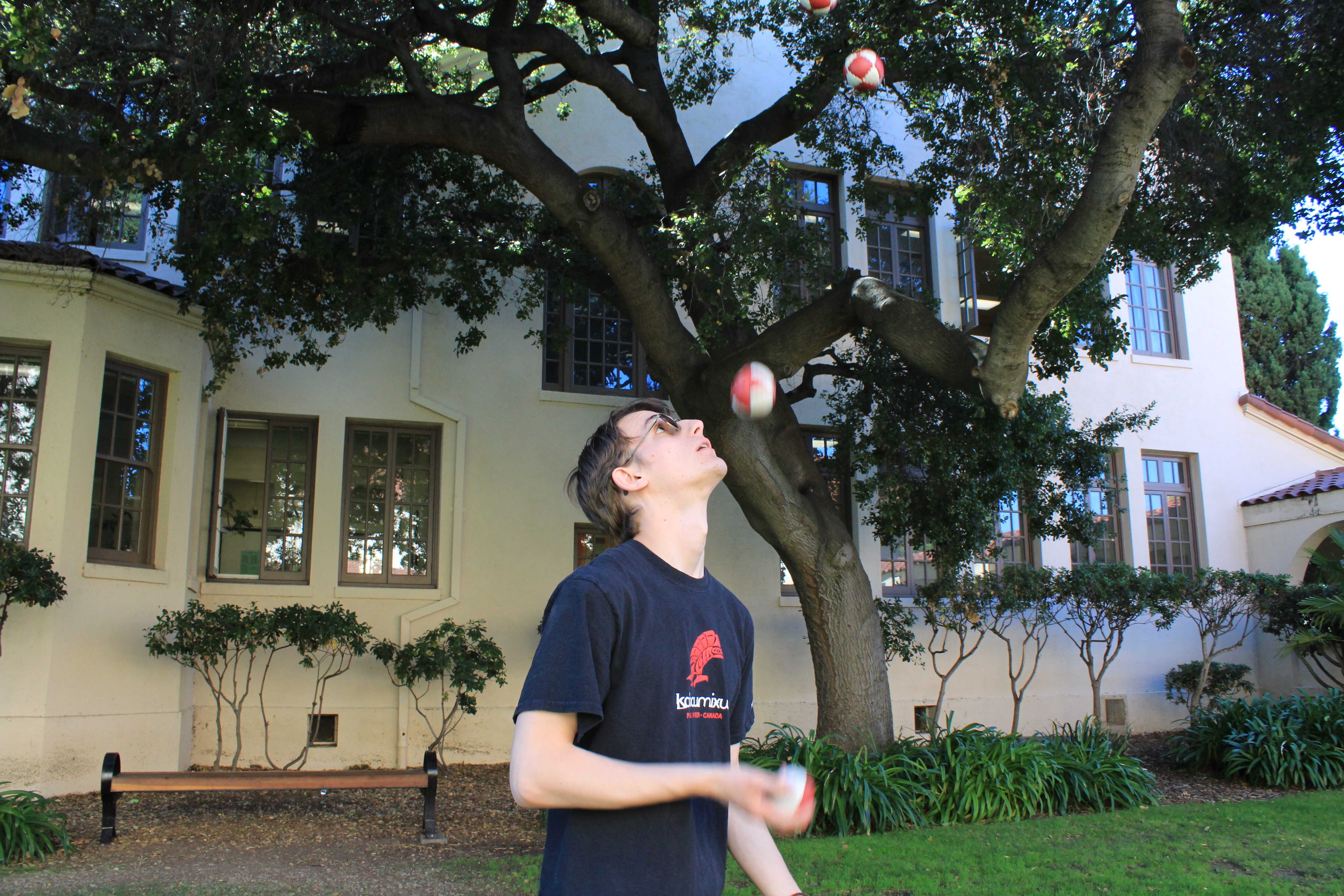 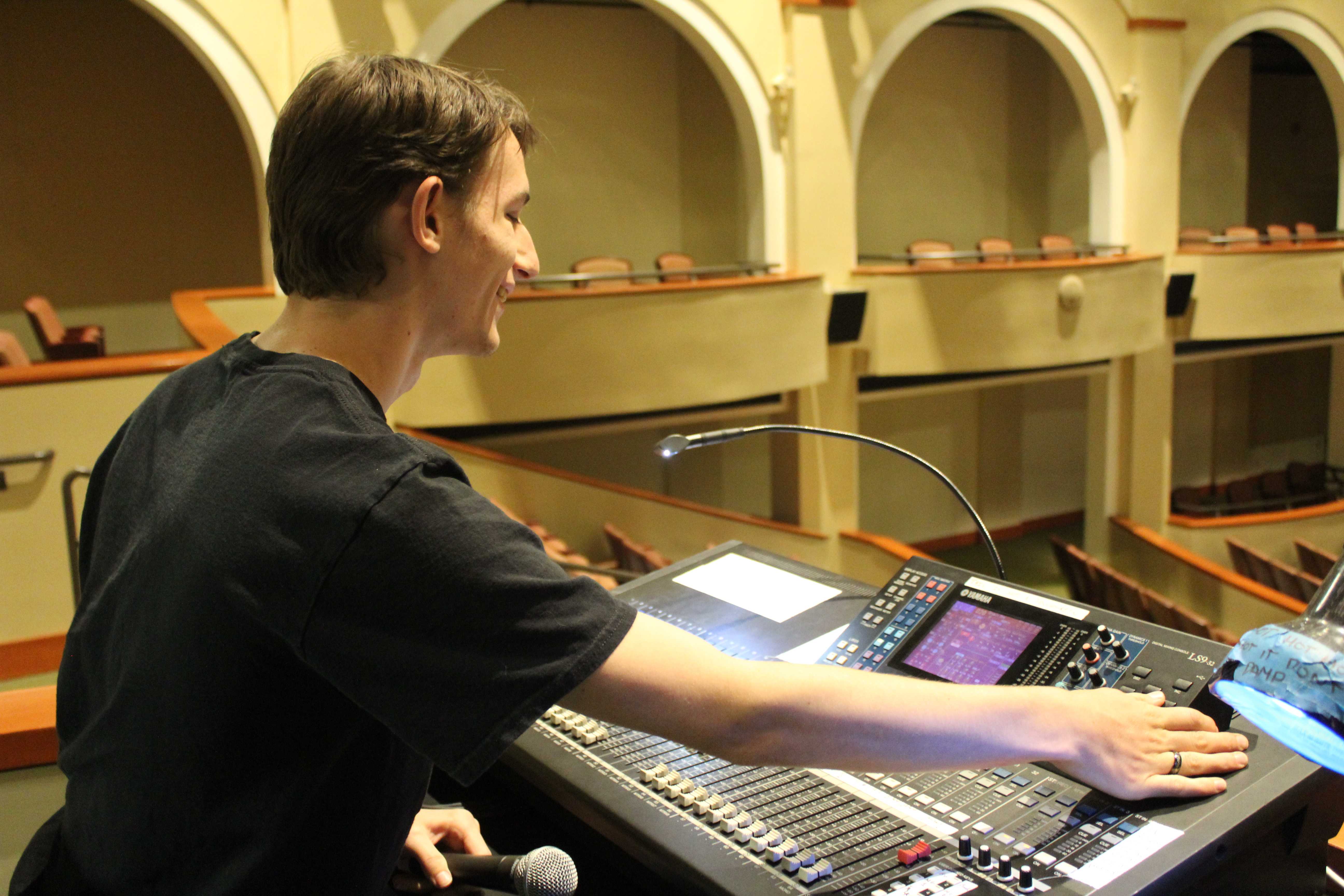 Gold, glory, giving back: How three Olympians are establishing a new culture for badminton