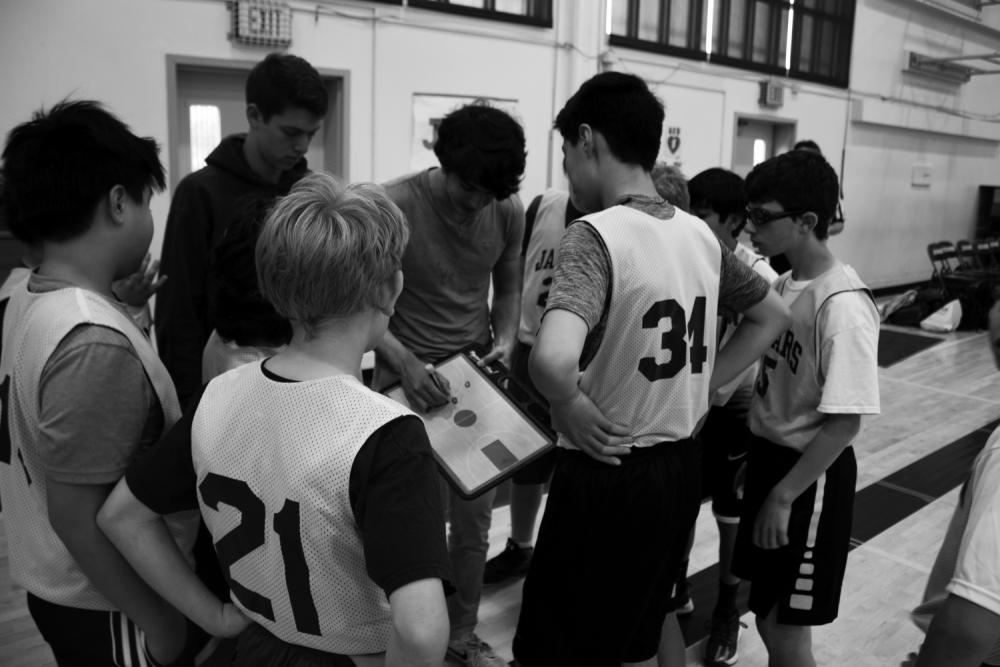 The shrill screech of a whistle resounds through the Greene Middle School gym, signaling a timeout. Palo Alto High School senior Bernie Koen and sophomore Ilai Beth gather their team into a huddle after four straight failed shot attempts. Koen and Beth calmly refocus the team, using a clipboard to draw up their next play. They go on to beat the opposing team, 48-25. This is an example of just one of the many situations student coaches have to handle every single game.

Koen started coaching middle school basketball teams two years ago at Jane Lathrop Stanford Middle School. This year, he and Beth both coach for Greene Middle School. As it is Beth’s first year coaching, he says he grapples with not only the novelty of the experience, but also the new perspective he has gained as a coach.

“The most interesting part about being a student coach is being on the other side,” Beth says. “I have played on countless basketball teams throughout my childhood, but it’s a completely different experience when I’m the one coaching the kids.”

Beth and Koen both describe coaching as a demanding but also gratifying job.

“I found the experiences to be challenging … because it can be hard to be in charge of coaching a bunch of younger kids,” Koen says. “But seeing them do things right and coaching them and seeing them improve day after day is really meaningful and rewarding.”

Though coaching sixth graders can at times prove challenging, the duo always tries to project a positive attitude.

“I know that if I come and I bring my best self, it will wear off on the kids and it will help our entire practice go as well as possible,” Koen says.

Since becoming a coach, Beth’s priorities have shifted from when he played basketball.

“The main goal is to make sure the kids are learning and having fun. It’s not all about winning,” Beth says. 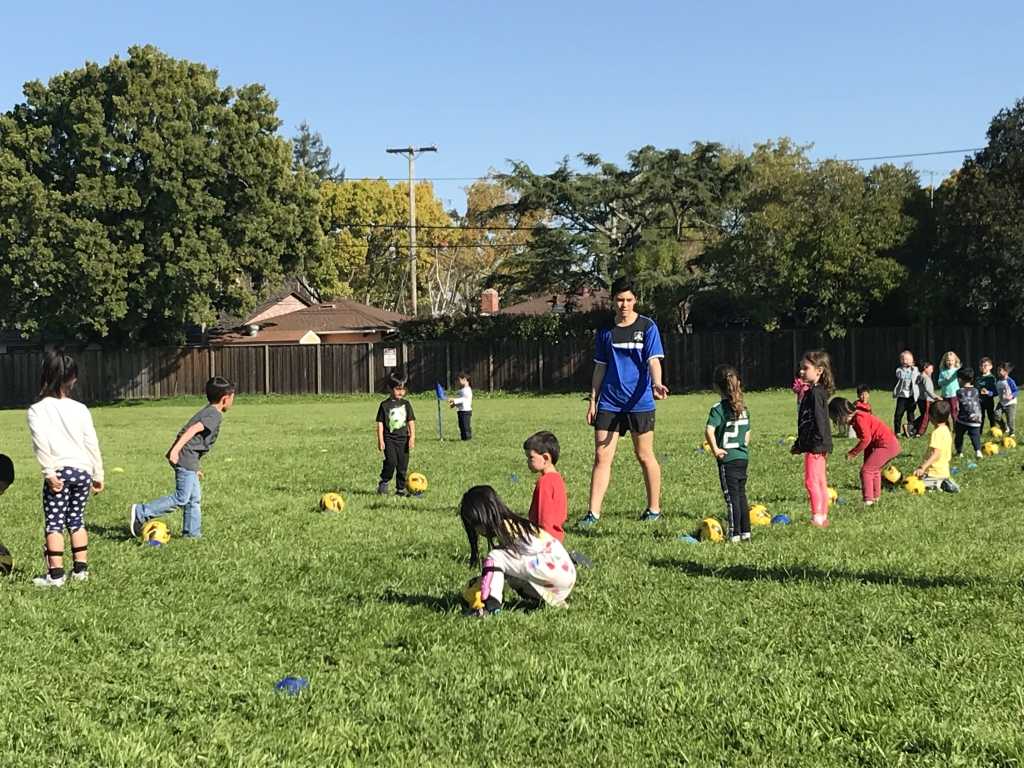 This ideology is common among student coaches. Senior Zoe Sid, who first started coaching in the beginning of April 2018, teaches preschoolers soccer and she shares the same values. Her favorite part about coaching is watching kids progress and become better players.

“When a kid learns a new skill and then they get really good at it, their face just lights up … It’s really exciting to see them become a better athlete and become better at that skill and just develop over the times you’ve coached them,” Sid says.

To Sid, coaching seemed like a logical thing to do — she had played soccer before and enjoys working with children.  As a volunteer for an organization called Kidz Love Soccer, her job is to gage whether preschoolers are interested in playing soccer while teaching them basic soccer skills.

To do this she plays a variety of games with the kids which range from the “Numbers Game” to “Ghost Busters” to “Buffalo,” which all help teach these basic soccer skills.

Sid’s enthusiasm for coaching is apparent to anyone who watches.

Hands cupped around her mouth and head pointed towards the sky, Sid shouts, “Buffaloes, are you ready?” The response is a chorus of excited screams.