Footage and Editing by Zakir Ahmad

Gold, Glory, Giving Back: How Three Olympians are Establishing a New Culture for Badminton

Howard Bach is used to explaining himself whenever people ask what he does for a living. He’s used to the raised eyebrows, the disbelief. This has become an expected part of his life as a professional badminton player in the U.S.

“If anything, it [badminton] is related backyard barbecue cookouts and a Corona in your left hand,” Bach says. While badminton players are virtually unknown in the U.S., many players from Asian and European Asian countries have reached high levels of fame. Bach’s partner for much of his career, Tony Gunawan, found success in Indonesia before immigrating to America. 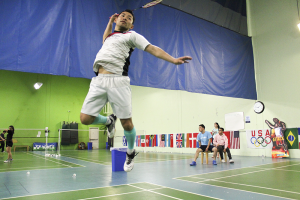 SMASHING CEILINGS Olympian Howard Bach prepares for a jump smash. “I was pretty much the executor,” Bach says. “Our job was very simple: what goes up must come down.” Photo by Alex Feng

“Tony was big, he was like a Michael Jordan in Indonesia,” Bach says. “He’s one of the few that actually won the Olympic gold medal, in 2000 Sydney, and he won the World Championships twice.”

Despite the sport’s domestic reputation, the U.S. has not been completely absent from the world stage. Bach, the men’s doubles World Champion in 2005 and three-time Olympian, is one of three highly accomplished coaches at Synergy Badminton Academy in Menlo Park. Fellow coaches and Olympians Raju Rai and Synergy founder Ben Lee have won their own share of international tournaments, with Lee recruited to coach the 2012 Olympic team after his retirement.

All three have had the opportunity to pursue their dreams and achieve at the highest level of badminton. Still, they are not satisfied with sitting back and admiring the gleam of their accolades; they hope to use their unique experiences to pave the way for future generations to gain exposure to the underrated sport, reap its benefits and enjoy success competing on the largest international stages.

As Bach stepped on the court with Gunawan in the championship round of the 2005 World Championships, he found himself on the court with three Indonesian superstars — their opposition included Gunawan’s partner from the 2000 Olympics where he won gold.

“They all knew I was the weaker link, and I knew I was up against legends,” Bach says.

Bach and Gunawan set a goal to make it to the quarterfinals, where no U.S. team had gone before. As the 13th seed in the tournament, everyone was shocked when they walked home with the gold.

Rai still remembers the day his friends found out he played badminton. The day after he had won his first national championship, the local paper ran a story calling him the “birdie man,” which his teacher had cut out and pasted on the board.

“In my teenage years, I was very ashamed to be a badminton player just because it’s a sport that gets clowned on or made fun of,” Rai says. “You only get respect if you’re good in baseball, basketball or football.”

The constant pressure to win forced Rai to the brink of quitting many times. Rai, who won multiple Junior National Championships, only fully committed to badminton under pressure from his father after being cut from his high school basketball team. From there, Rai was selected to train at the Olympic Training Center in Colorado Springs, where he met Bach and set Olympic qualification as his goal.

“When you win, it’s a good feeling, but when you help someone else win, it’s the greatest feeling in the world.”

Just two years before the 2008 Olympics, when Rai was ranked 37th in the world, tragedy struck. Rai had been experiencing tendonitis but relied on quick fixes instead of proper rehabilitation. While training abroad in Germany, overuse during his intense training sessions would put his career in jeopardy.

“It was one movement to the net for a kill shot and it just snapped,” Rai says. “Oh, I knew something was very wrong.”

The tear in his cartilage caused Rai to lose all his sponsors and nearly all hope of qualifying for the Olympics.

“I’ve been training my whole life for this moment and now it’s being taken away from me,” Rai remembers thinking. “I came so far, and I didn’t want to give up on it.”

Rai managed to qualify for the Olympics but had to fund all travel and tournament expenses himself. Upon arriving in Beijing, Rai felt a rush of relief and pride.

“You see all these people behind you,” Rai says. “You see your country, you see all your fellow Olympians … You just feel proud to represent something that’s bigger than yourself.”

After Beijing, Rai turned to coaching. As a player, Rai was constantly under pressure to produce results. As a coach, Rai saw the sport from a different perspective and loved it more as a result.

“When you win it’s a good feeling, but when you help someone else win — on man, that’s the greatest feeling in the world,” Rai says. “You helped them get there, you believed in them and then you helped build their self-confidence. It’s just a different level of joy.”

Synergy Badminton Academy, first founded by Lee in 2012, was intended to serve as an outlet to both casual and competitive players.

“My vision when I founded Synergy really was multifold,” Lee says. “One is to train elite athletes. Two is to bring awareness to the masses for badminton and of course provide a nice place for the community to play.” 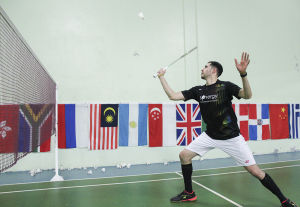 LOVE FOR THE GAME Olympian Raju Rai moves toward the net for a kill. “There’s just so many things you can do in the sport of badminton,” Rai says. “It just doesn’t have to be on the court. Now when I tell my story, they see the love and passion that I have for badminton.” Photo by Alex Feng

In order to promote badminton, Synergy hosts free high school clinics, adult classes and opens their courts in the evenings for people to play with their friends.

On the competitive front, Synergy aspires to take U.S. badminton to new heights globally. With the international experience of Lee, Bach and Rai, the club aims to produce America’s first Olympic gold medal in badminton.

Synergy player and 2024 Olympic hopeful Bo Zhao says that the combination of the past success of Synergy’s coaches and the professional training they provide has opened the door for talented players to pursue a competitive career in badminton.

They’re building this culture where top players feel that there is a path for them,” Zhao says. “They can feel like this is the bridge that will help us get to that level … We’re training like professionals.”

While players like Bach are certainly trailblazers in the sport Synergy hopes to achieve more than just replicating past success. Winning a medal at the Olympics, something Lee, Bach and Rai fell short of, would be a major breakthrough in American badminton. 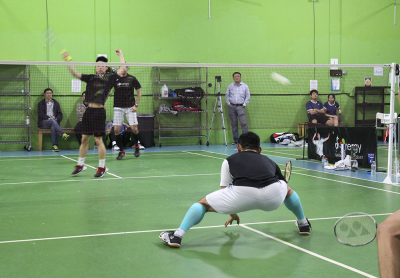 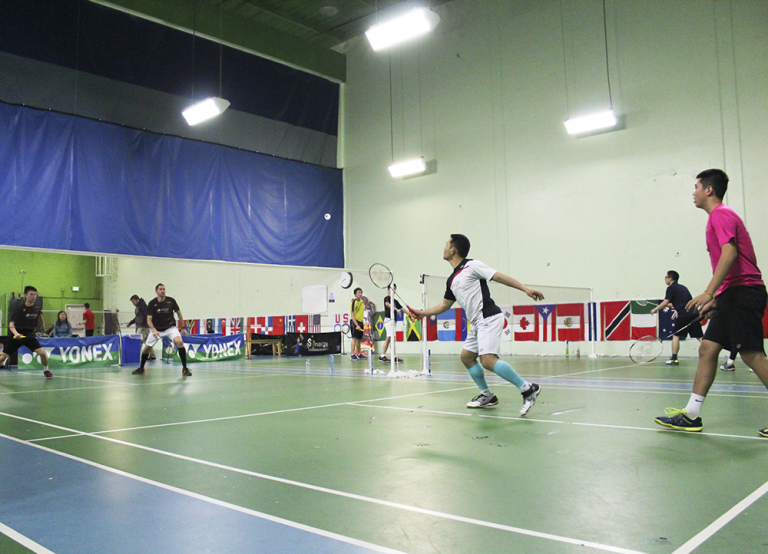 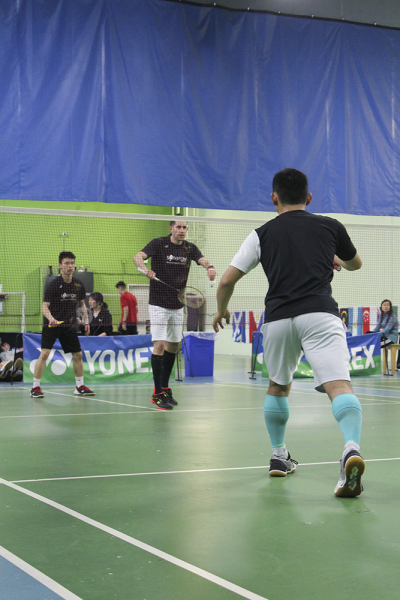