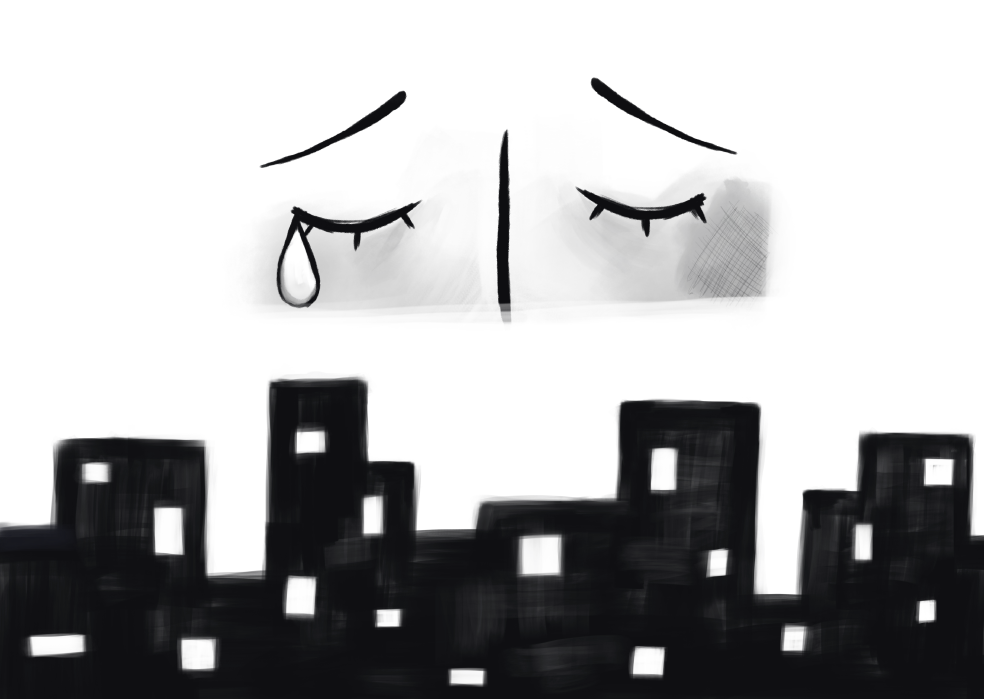 Opening up the front door of the shelter, the familiar sight of the colorful mural flowers welcomes her home. There, the painting of roses, tulips, sunflowers and daisies scattered across a white picket fence symbolizes rebirth, power and longevity. Shelter coordinator Sonya Valles describes through a phone call the faint rumbling of a laundry machine heard from the middle of the courtyard.

Located in San Jose, CA, the YWCA agency is one of many shelters in Santa Clara County that houses victims of sexual abuse, sex trafficking and domestic violence. To an ordinary person, the shelter is just another apartment, yet to the victims seeking refuge, the shelter is their everything — their protection and support, a promise of a new start. Within these walls, a close-knit team of staff and volunteers from the Crisis, Housing and Social Justice Departments work together to give domestic violence victims a chance to build their futures. 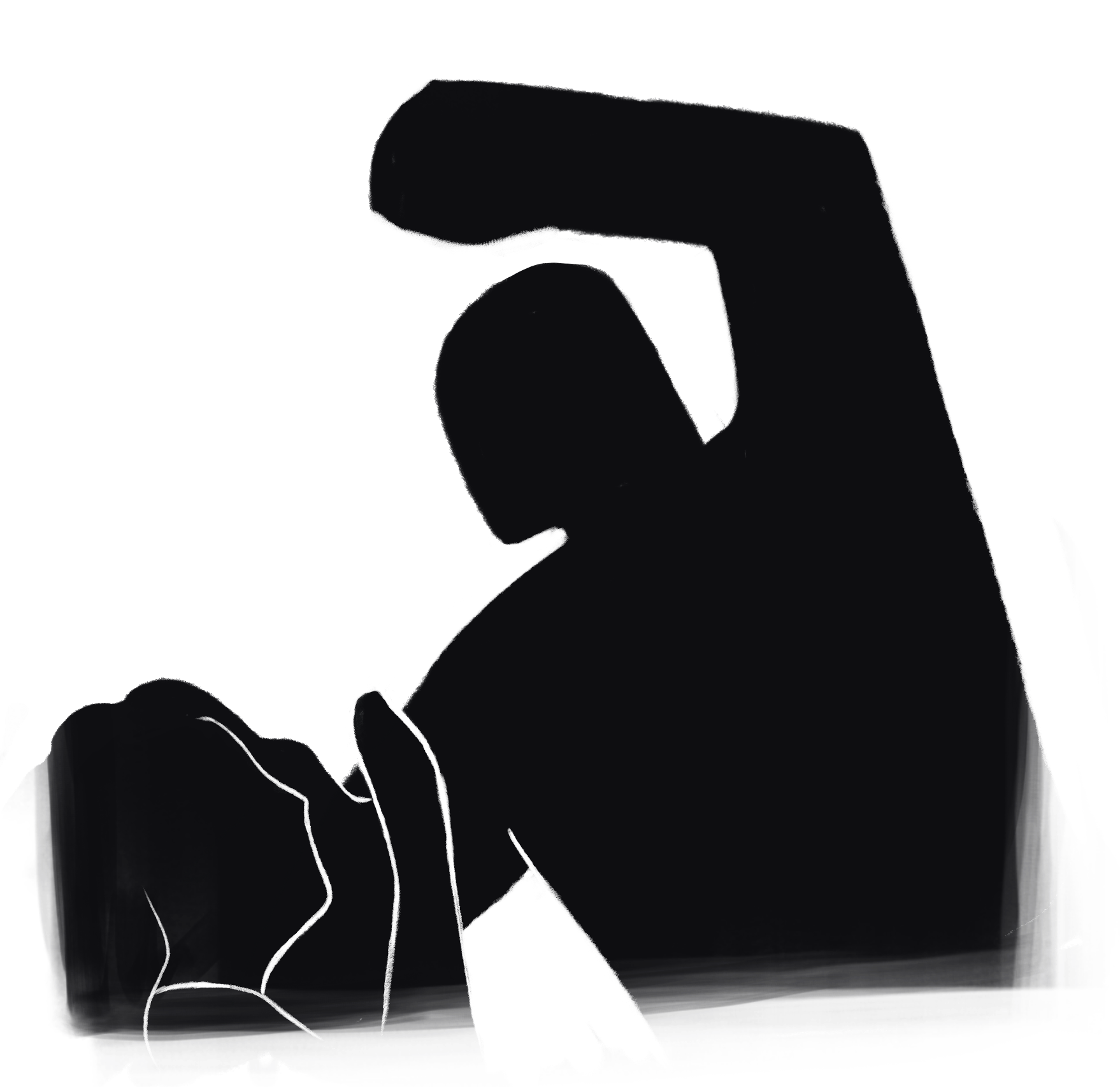 When COVID-19 hit the states earlier this spring, the virus created uneasiness throughout domestic violence survivors and shelters across the county.

“There is a lot of fear on every level,” Valles says.

In particular, fear of visiting hospitals has shown to be one of the most severe consequences of COVID-19 on domestic violence victims. Although YWCA hotlines saw a significant increase in reported domestic violence cases, the number of domestic violence survivors who are reporting to hospitals for a forensic examination has dramatically decreased, according to Jennifer Thuresson, a volunteer on YWCA’s sexual assault response team.

The forensic examination, which collects biological and photographic evidence, medical history and mental state, is crucial for law enforcement and domestic violence agencies alike. After the examination, the information is passed to agencies like YWCA to support and care for these victims. Without the forensic examination, Thuresson worries that survivors are not receiving proper medical care or the ability to prosecute the perpetrator for their crime.

As an all-inclusive shelter, YWCA provides services to everyone regardless of gender, race or age. When domestic violence survivors call into the 24-hour hotline, they complete a questionnaire and will be accepted if beds are available. At YWCA, survivors will stay for up to 30 days and be provided with basic necessities and services, including therapy, physical and mental wellbeing examinations, legal referrals and housing support.

Thuresson acts as the first responder in a domestic violence case. According to Thuresson, once a case of sexual assault is reported, the victim is paired with a YWCA volunteer and is given the choice to undergo a forensic medical exam. Although the state requires minors under 18 to get approval from their guardians, for domestic violence cases, children over 12 have the ability to consent to a physical exam. As she primarily works on pediatric cases — her youngest being a one-year-old — her role as an advocate is to inform clients of their legal rights, as well as to provide emotional support.

“When people leave from a situation, sometimes they leave with nothing.”

“The most important thing as an advocate is to give power back,” Thuresson says. “In these really vulnerable situations, a lot of power is taken away. We just want to be there to remind them that they [survivors] still have the power.”

Because she is a volunteer, Thuresson’s work with a client ends once the client steps foot out of the hospital, which often occurs over the span of a couple of hours in a single day. As Thuresson leaves the client’s side, other YWCA workers are quick to step in.

Each client is paired with a case manager, a person who works closely with the survivors and connects them to appropriate services. Case managers become an advocate, supporter and friend during a survivor’s stay at YWCA.

Though the final goal is for clients to gain independence, some will find themselves returning to the shelter. When case managers see clients they have worked with in the past returning to YWCA for support, they welcome them back into that safe space, understanding that recovery takes time.

According to Valles, it may take eight or nine tries for a victim to leave their abuser for good.

“It’s a really hard choice someone has to make,” Valles says. “That [leaving] is the hardest choice. I remind people of that when they don’t know what to do. I’m like, ‘Hey, you already made the hardest choice. You’ve already decided to leave. And you should feel really proud about that.’”

In accordance with public health guidelines, many shelters have decided to reduce services, restrict admittance or close entirely due to COVID-19 risk. While changes have been implemented, YWCA continues to take in new domestic violence clients and provide counseling, housing and legal services. 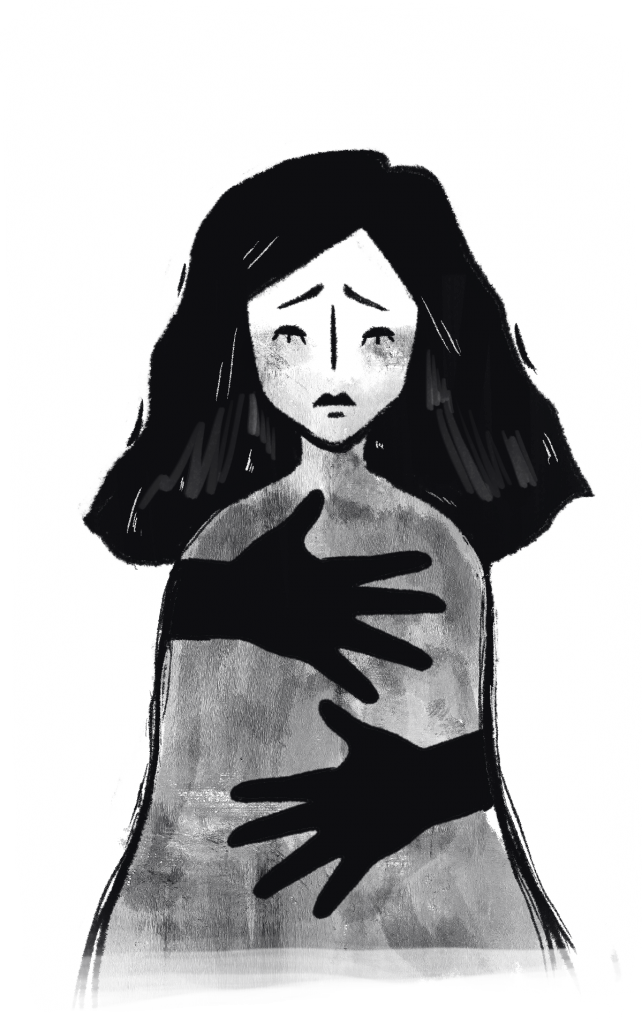 These changes include reducing the capacity of their 16-bed shelter. Despite living together under one r

oof, the shelter enforces social distancing and sanitary regulations within the living quarters. Clients can no longer share rooms — individual clients and family units that could previously share the living space are required to spread out.

This reduction of housing-capacity coupled with the surge of domestic violence cases has led to the number of survivors waiting to be placed outnumbering the spots available at YWCA’s emergency shelter.

“Especially now during COVID, if we notice somebody is not there [at the shelter] and we have not seen them in a day or two, we just clean up their space, turn it around and offer it to somebody else,” Valles says. “We just can’t wait for them, and they understand because it is hard to get in shelters right now.”

That doesn’t stop YWCA from pushing forward with the mission of supporting victims throughout their journey to recovery. In fact, many — if not all — of its services have continued in some variation socially distanced or online.

Though transitioning services online has its limitations, it has also brought the organization unexpected benefits, especially by providing clients with more flexible meeting times with therapists and legal advisors.

Though staff, volunteers and victims can provide insight, one will never truly understand the experiences of domestic violence victims unless they too are faced with the same situation.

“We can’t be so naive or blinded to think that ‘this won’t happen to me,’ ‘I shouldn’t care about this because I don’t know anyone,’ or ‘I’ve never had to deal with this,’” Valles says. “Chances are, you will meet someone that this has happened to or that is dealing with it because domestic violence is happening everywhere.”

Because statistics show that anyone could be a victim of domestic violence, educating young people about healthy and unhealthy relationships is a way of preventing relationships from becoming abusive. This results in clubs and organizations, like One Love, whose mission is to educate the community and empower them to identify abusive relationships.

Zoë Wong-VanHaren, a graduated president of Paly’s One Love club, says, “Even before entering a relationship, I’ve been more cautious of those red flags.”

“As little as we are as one human, we’re still really powerful.”

Learning about domestic violence is the first step in showing support for a victim.

“It’s not our decision to make those decisions for someone else, unless they’re in danger or they’re a danger to themselves,” Valles says. “So the best thing to do is give them those tools and support them. Just say, ‘Hey, I’m here to support you. Here are the resources.’ And check in on them.”

Though there are many organizations like YWCA across the nation and globe, Thuresson believes that change begins with action from an individual. In the domestic violence community, the pool of volunteers is small: there are few people filling multiple roles instead of many people taking on small roles.

“As little as we are as one human, we’re still really powerful,” Thuresson says. “We just need more people to get into this world.”

Since its acquisition in the late 80’s, the YWCA emergency shelter, like many other domestic violence shelters, has chosen to keep its location a secret. According to Sonya Valles, the shelter coordinator, confidentiality is one of the shelter’s top priorities; individuals must not disclose the address of the shelter for the safety and security of others there. Many tasks are prohibited, such as ordering food delivery, dropping off items or calling an Uber directly to the shelter, and instead, designated drop off locations near the shelter are used.

“We just can’t take any risk,” Valles says. “We do not know whois delivering it and if the person
is an abusive person. If someone was looking for them [survivors], whether it be their abuser or not, we unfortunately have to ask them [the survivors] to leave.”

Despite the inconveniences of the confidentiality policy, YWCA is known in the community to be a shelter that gives a lot of independence to its residents. Unlike traditional shelters, the YWCA has flexible guidelines that accommodates the situation of the individual. Instead of curfews and schedules, clients are given the freedom to come and go from the shelter.

“We are very unique compared to other shelters because we trust that people know what to do,” Valles says. “We trust that they know how to clean up after themselves and that we’re there to support them.”

One Love’s 10 signs of an unhealthy relationship 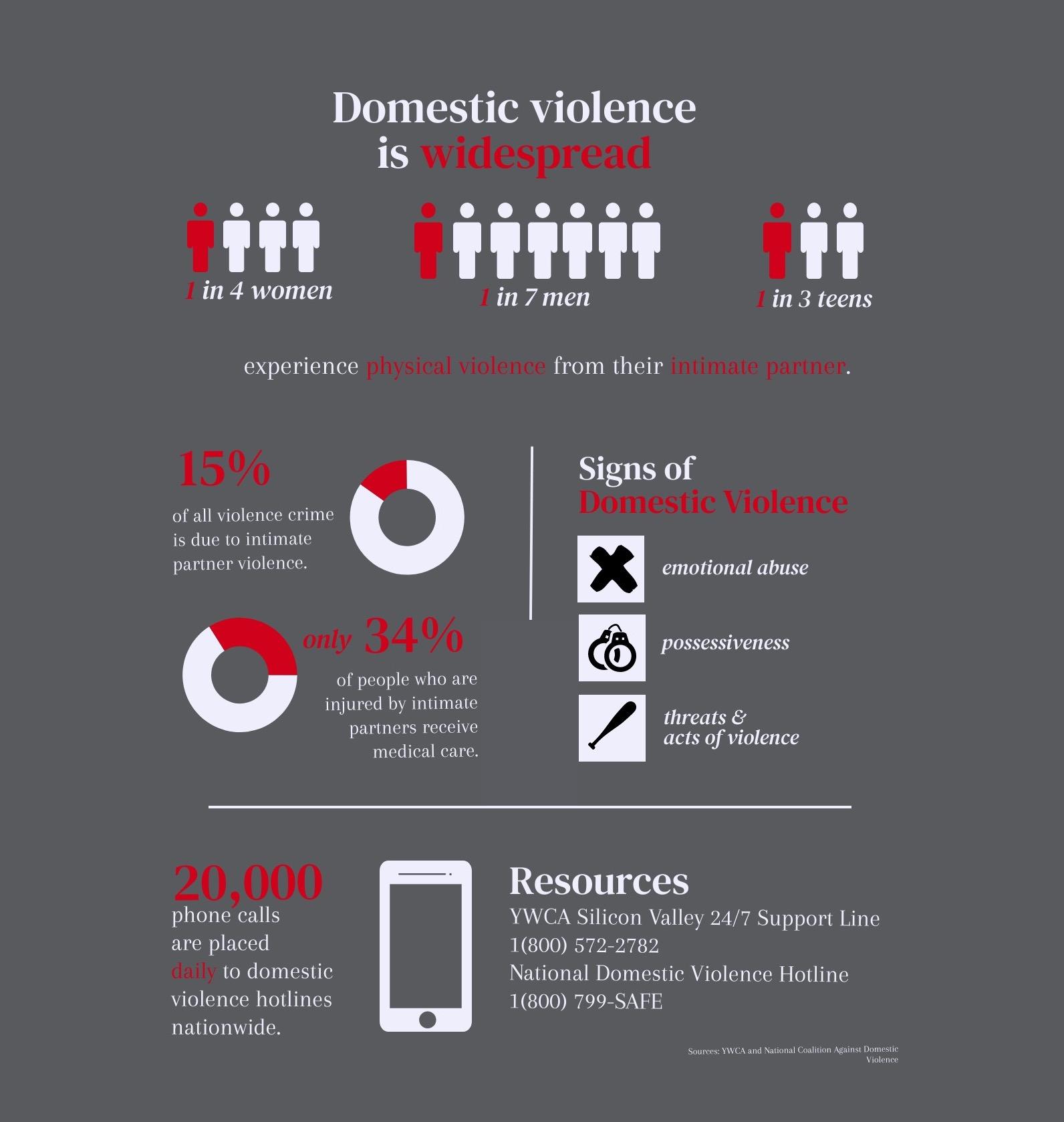 A safe haven for all?

Reading toward the future: Senior citizens read to young students

Editorial: Judge Persky should be removed from the bench