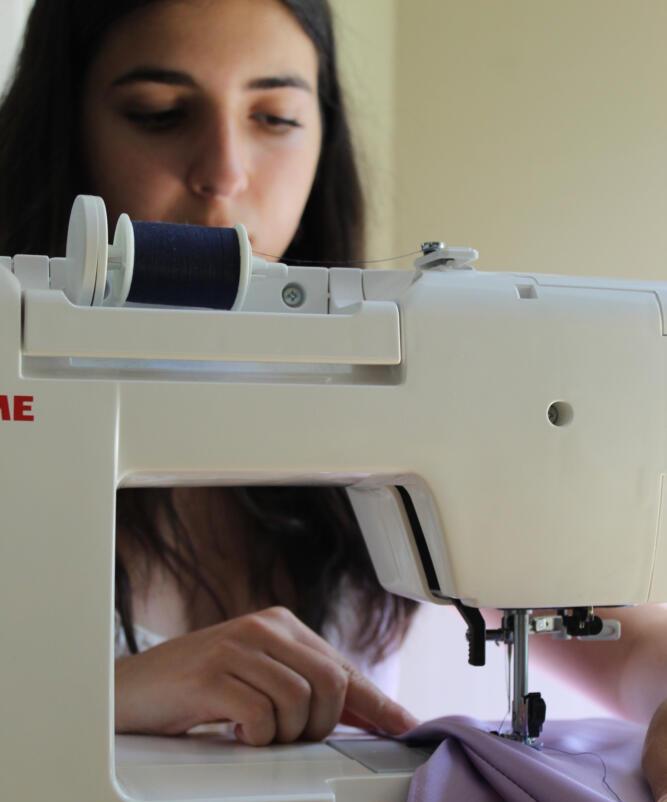 SILKY SEWING — Senior Anushe Irani guides her purple silk prom dress through her sewing machine in her home. Irani said she learned many lessons while creating the gown due to challenges she encountered. “Although I can’t wear it to prom because I ended up not having enough cloth to make it long due to mistakes I made throughout the process, I am proud of what I made because it is something that I put a lot of time and work into,” Irani said. Photo: Anushe Irani

While many prom-goers often buy expensive attire, a few Palo Alto High School students took on the challenge of sewing their own prom dresses. Verde spoke to three students who all took on the same difficult task, each with their unique backgrounds in the craft — here is what they had to say.

Paly senior Victoria Liao, who has experience in various forms of art such as watercolor painting and poetry, revealed her admiration for the medium of sewing because of its unique advantages that provide more opportunities for expression.

“With sewing, or just crafting in general … there’s a lot you can do in the 3D realm that you can’t necessarily do with … music or painting traditionally,” Liao said. “The Met [Museum] has their costume gala, which is showing how art and how culture can be expressed through clothing, fabric.”

Inspired by expensive dresses she saw online, and driven by her interest in fashion, Liao took on the task of sewing her own prom dress.

“I’ve always entertained the idea of getting into fashion,” Liao said. “It’s always been a hobby of mine to look at fashion designers to see how they’re able to create genuine pieces of art with just fabric and thread.”

Liao decided to use satin for the base of the dress and organza, a shimmery fabric, for the top layer of the skirt. Wanting to go for a princess-inspired look, Liao’s dress features big puffy sleeves and ruffle skirt. While planning out her dress, Liao initially struggled to create a sewing pattern that would fit her and her vision.

“It was a lot of trial and error, because standard patterns can only give you so much,” Liao said. “There’s a lot of customization that you have to do to just make it fit better for yourself.”

Beginning the work on her dress over spring break, Liao said she worked for the entirety of each day and managed to complete the base skirt, top and sleeves in five days. However, despite being able to finish the dress, the process was not without challenges.

“It was a lot of trial and error, because standard patterns can only give you so much. There’s a lot of customization that you have to do to just make it fit better for yourself.”

“At one point, I sewed one of the sleeves on the opposite way and I cut one of the skirt parts wrong,” Liao said. “It’s all a learning experience.”

After overcoming the difficulties she faced along the way and completing her dress, Liao looks forward to including sewing in her artistic repertoire.

“It [sewing the prom dress] has definitely inspired me to, pick it [sewing] up as a hobby,” Liao said. “I’m actually thinking of making my own graduation dress as well, just cause I had so much fun making my prom dress.”

Junior Vivian Trach, unwilling to purchase the $400 dress she saw online, decided to recreate her dream dress with her personalized design.

The red satin gown has a simple, layered design, mesh fabrics and gathering on the top and side, creating the dress as an amateur seamstress.

“There were always projects where I was like, ‘Oh, I want to make that’ but I didn’t really commit myself to sewing, so I think this is a good project,” Trach said.

Trach’s process began with a sketch of her gown, the selection of her material after careful deliberation, and after a failed attempt, the purchase of a sewing pattern off of Etsy.

“I wanted a really low back because I thought that would be really cool,” Trach said. “So I tried making my own pattern, but that didn’t work out very well.”

Beginning four months ago, Trach began sewing small projects like a coin pouch, using skills she learned in her sixth grade home economics class. Even with Trach’s artistic background, she has been very cautious in making her dress and chose to make a draft dress out of a cotton fabric before the real gown.

“I’m trying to stay in the lanes and avoid mistakes as much [as] possible,” Trach said. “Then if things go [well], maybe I can play around a little bit and make it a little more complicated.”

“This [sewing] has helped me feel like I am making a difference by upcycling my own old clothing to benefit the environment.”

A large inspiration for creating the dress outside of saving money was ensuring the dress fit her the way she wanted it to.

“I have a lot of trouble fitting into clothes, because I’m a short person, but at the same time proportionally, I have long legs,” Trach said. “So I just wanted to make something that really fit me best.”

Over quarantine, Paly senior Anushe Irani said a close friend inspired her to begin sewing some of her own clothes. After making simple shirts and skirts, Irani decided to make something more complex: a prom dress.

Created with synthetic silk in a pink-purple shade, the dress features a straight silhouette and square bodice, inspired by dresses Irani found on Pinterest. Irani describes her dress as a simple design, though she still had to overcome many challenges when creating the gown.

“At one point … the machine broke so that it actually cut the section,” Irani said. “I had to remove the front piece from that part, and then move that part to the back and fix that hole somehow so then that just caused me to end up with less cloth.”

Despite difficulties in creating the dress, Irani said she still found that her mistakes were a useful lesson of perseverance.

“I chose to continue because I had already put so much time into it [the dress] and I didn’t want that to amount to nothing,” Irani said. “That was a meaningful moment for me because I was able to keep going even when I ran into such a large setback and I have no regrets for continuing.”

Irani said that sewing has helped her feel like she is making a positive change.

“This [sewing] has helped me feel like I am making a difference by upcycling my own old clothing to benefit the environment,” said Irani. “I want to continue to sew so I can become better and so that I can turn a large portion of my closet hand-sewn clothing rather than buying store-bought clothing.” 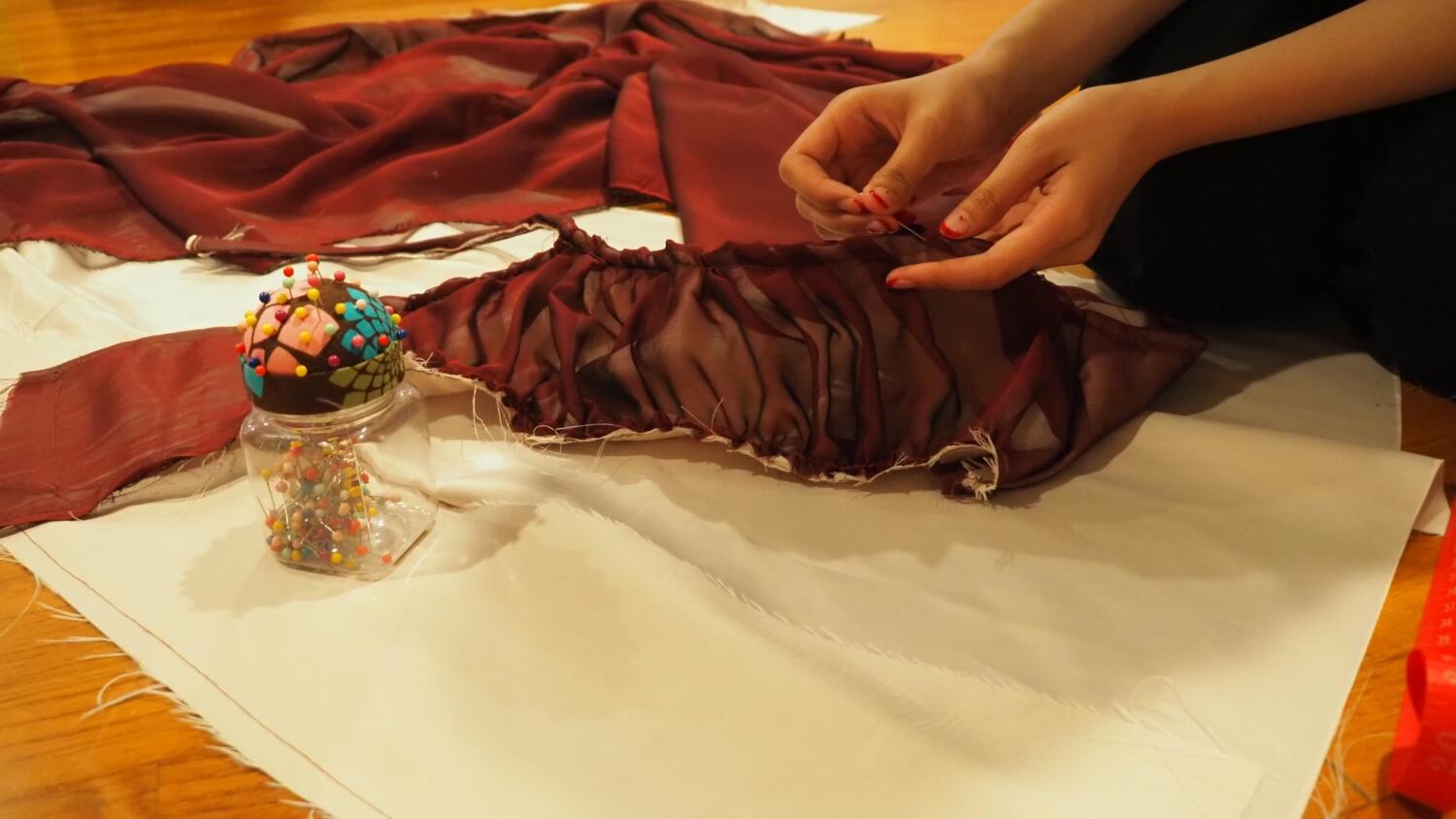 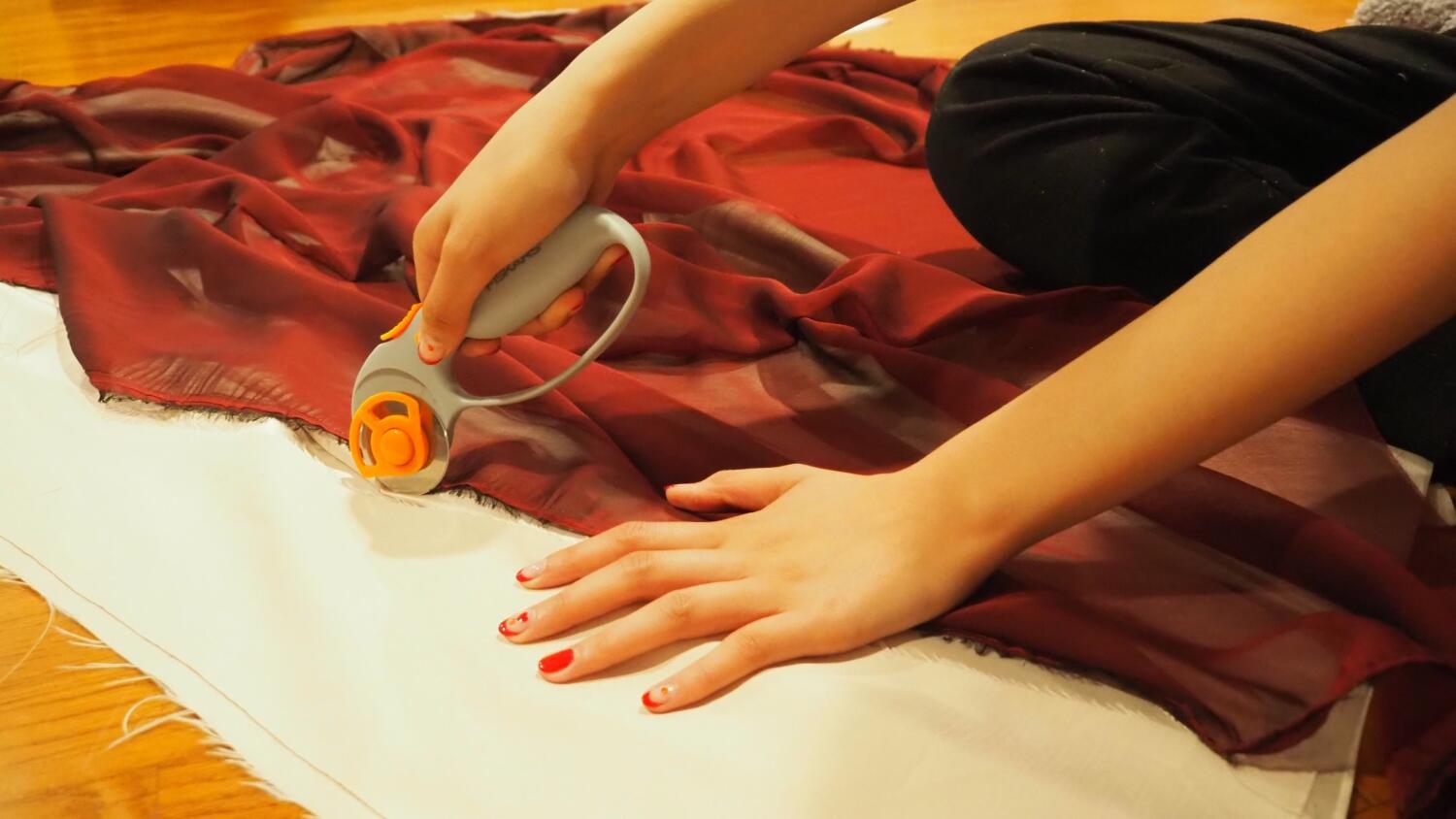 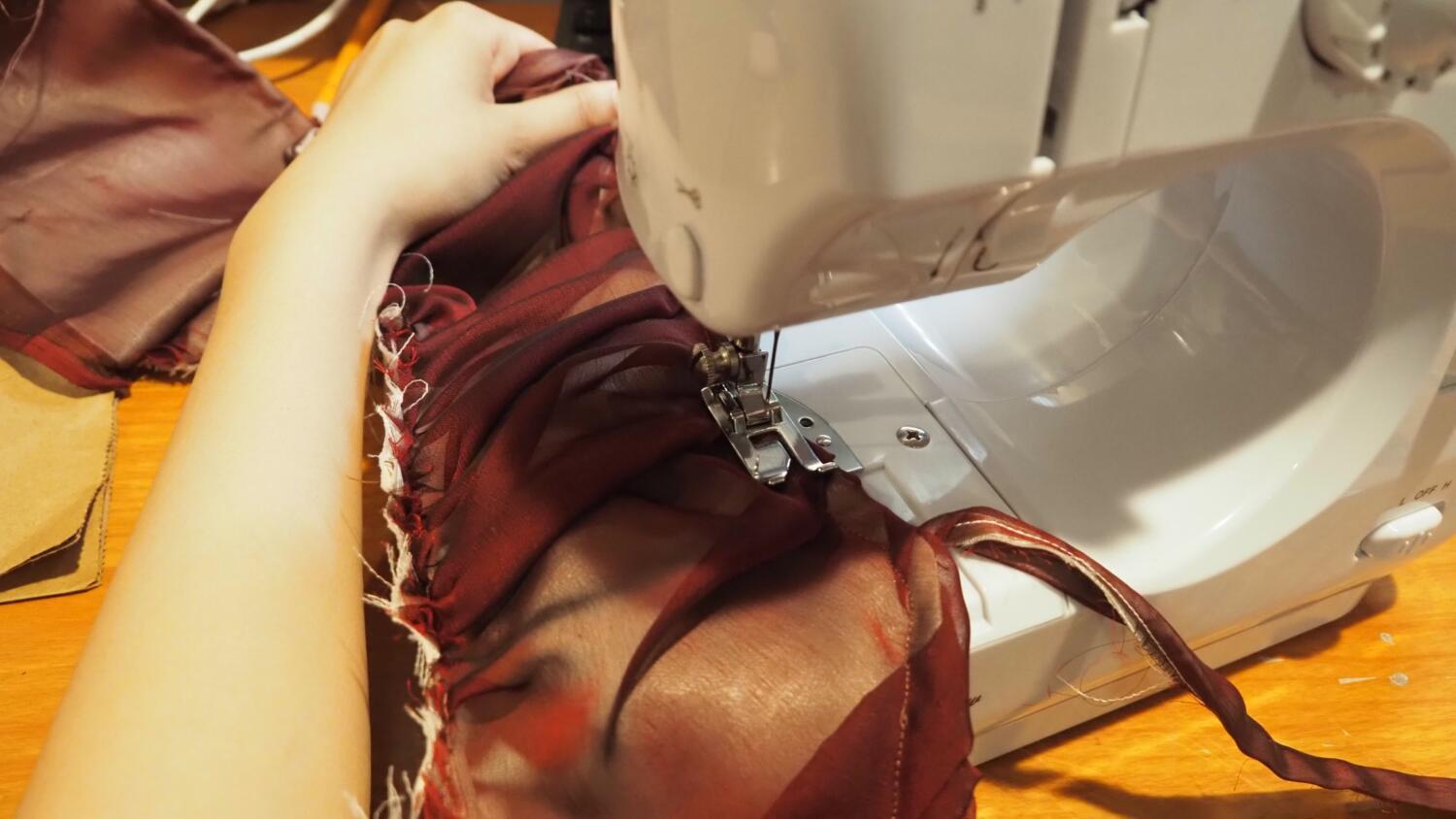 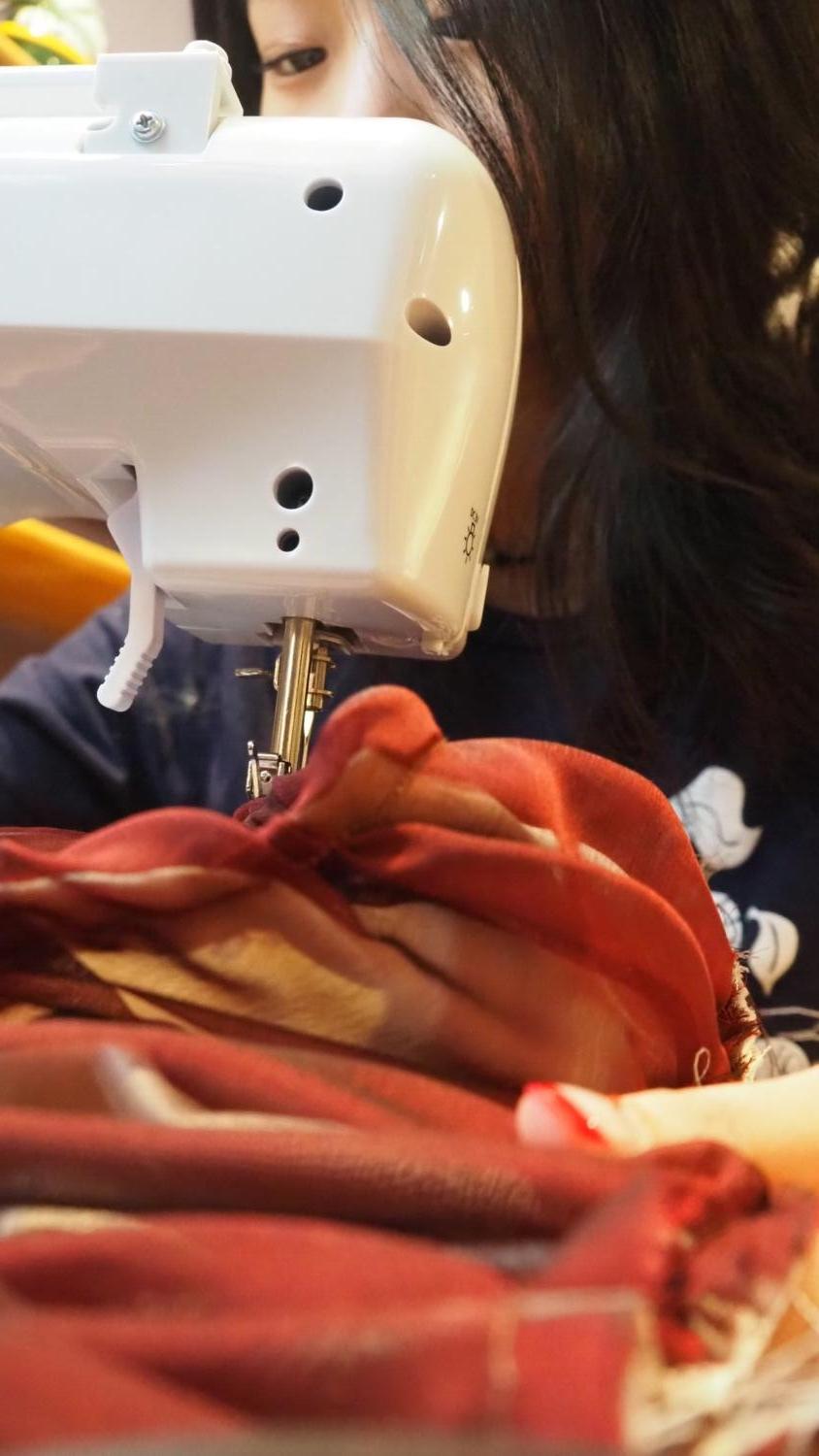 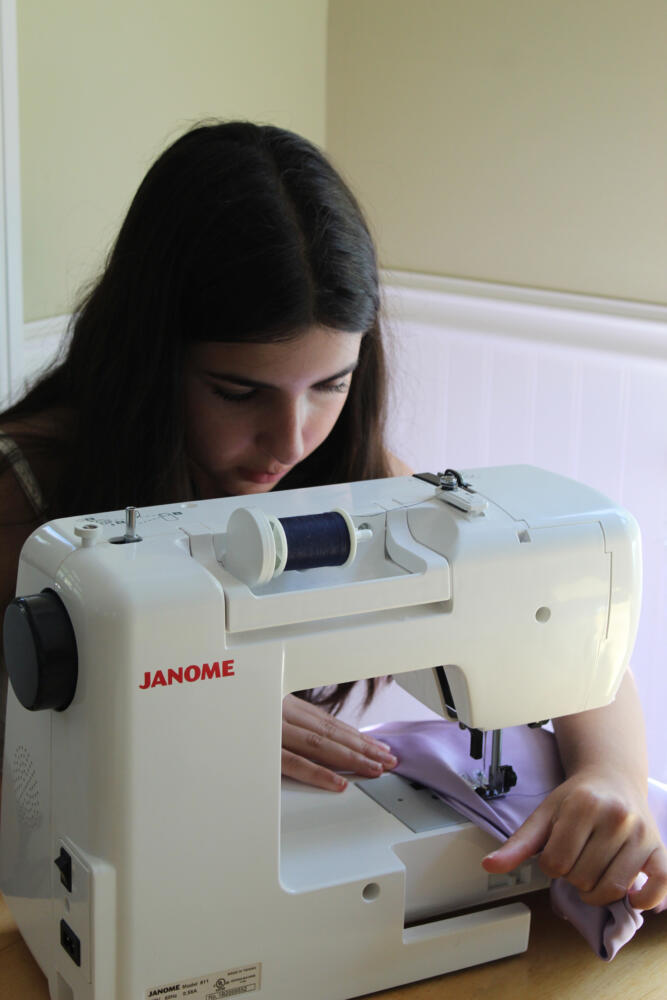 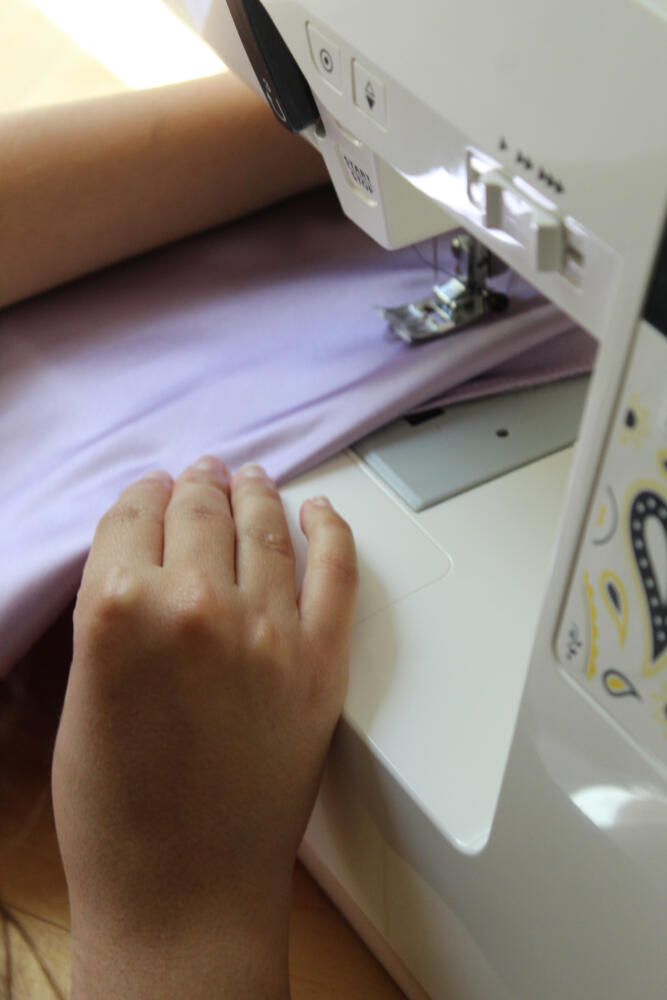 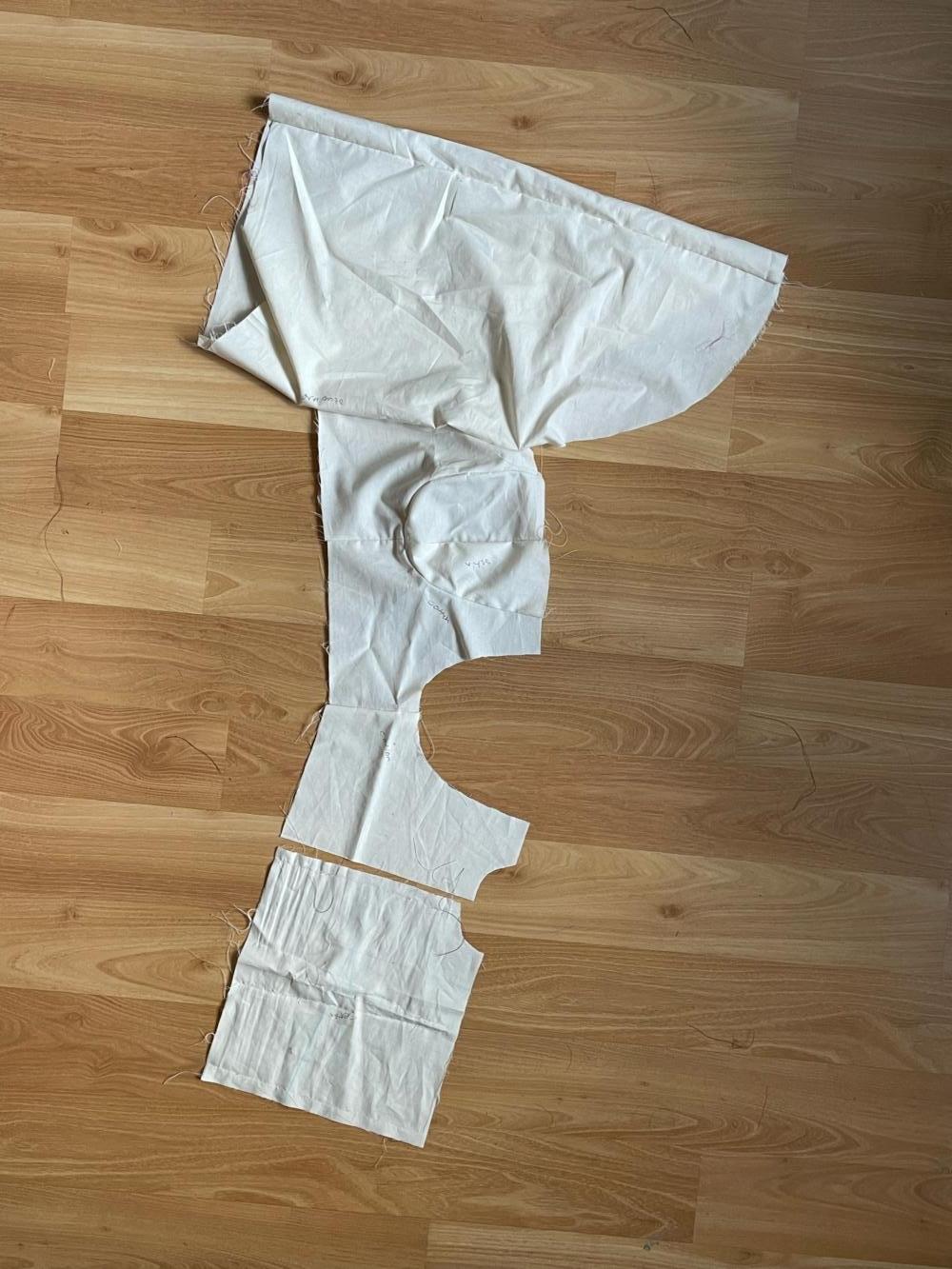 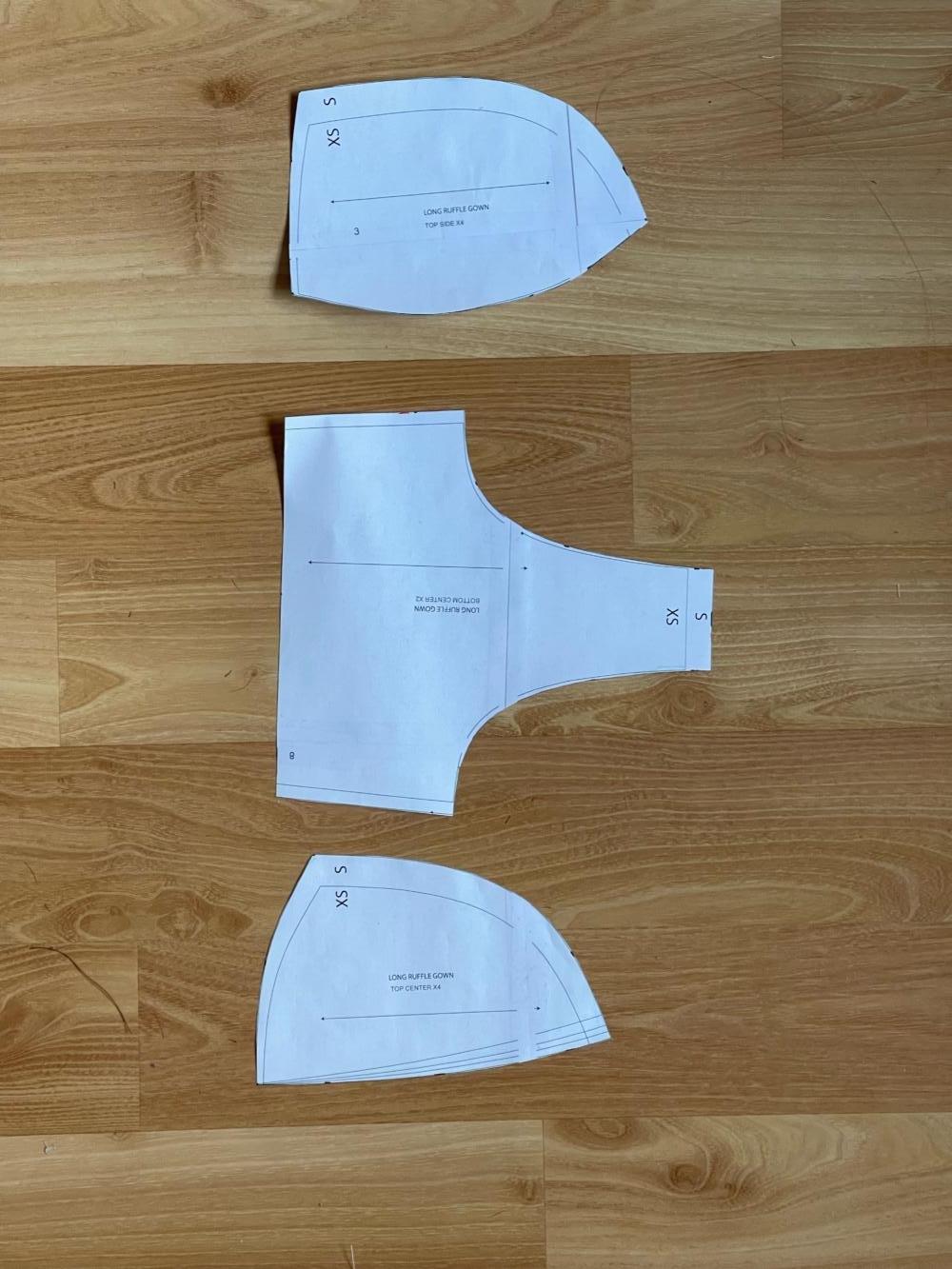 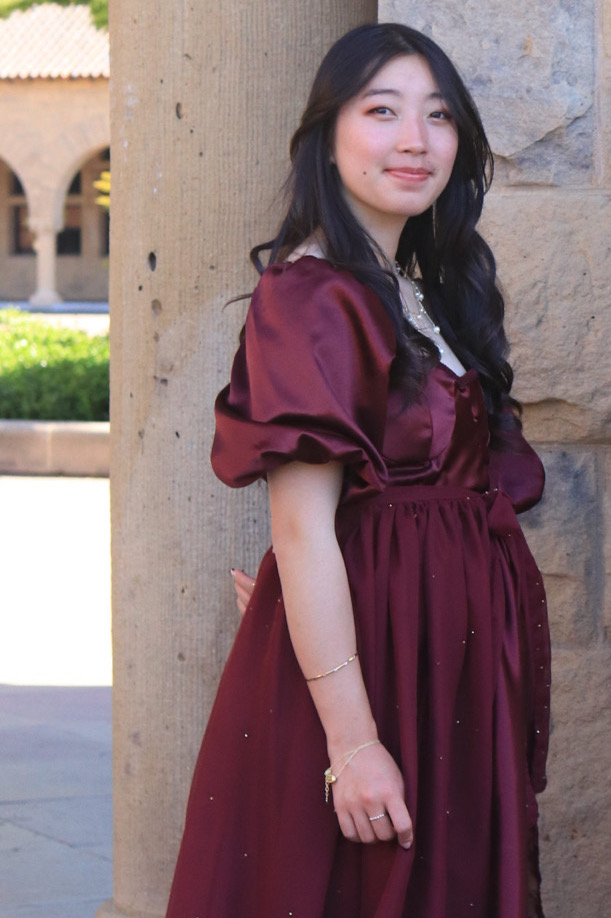