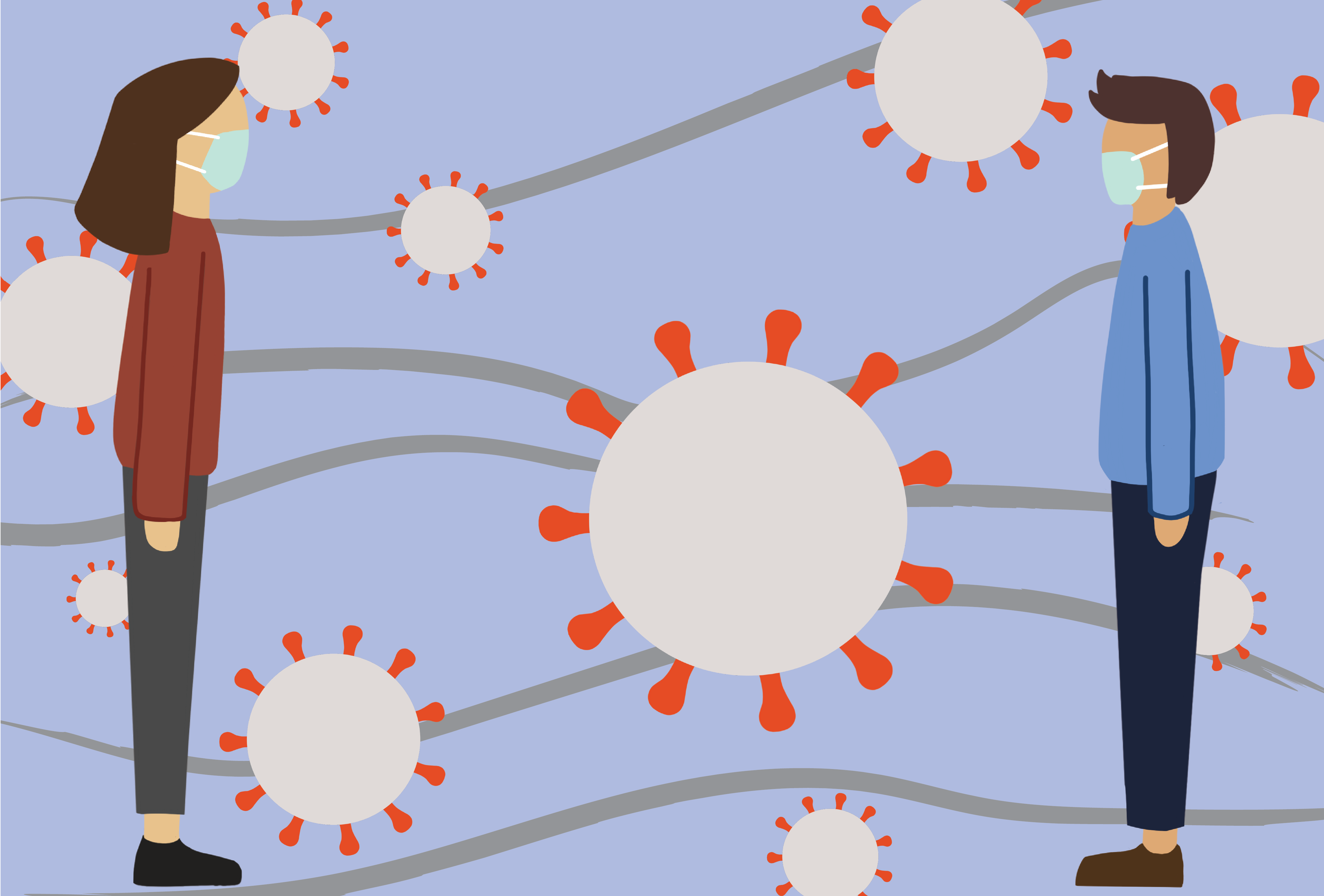 Stripped of senses: Coping with the lasting effects of coronavirus

Every morning after waking up, Rachel takes a whiff of her favorite essential oil, Blue Tansy, in hopes that she might have regained her sense of smell. Rachel, a Palo Alto High School teacher whose name has been changed to protect her medical history, describes this routine over a Zoom call, and smiles while recalling a particular morning where she could smell just a hint of that beloved, fragrant scent.

“It’s almost like a little piece of my nose started to work again, like very lightly,” Rachel said. “And that was exciting. I was like ‘Okay, I’m not permanently damaged, or I’m not like never gonna smell again.’”

Rachel contracted COVID-19 in early December after a close acquaintance had gotten it days before. She is one of many who has suffered from one of the virus’s long-term effects — the inability to smell. Although COVID-19 is widely known as a disease that targets the lungs, it can also cause anosmia, the loss of smell, and dysgeusia, an alteration in one’s perception in taste.

A Scientific American article stated that about 80 percent of COVID-19 patients experience smell disturbances including anosmia and dysgeusia. According to an article published by Harvard University, anosmia occurs when SARS-Cov-2, the coronavirus that causes COVID-19, infects olfactory support cells and decreases their functioning abilities.

“I thought it was more like the 60 to 75 age group that would have the severe symptoms. And I felt like that was the part [about my previous assumptions] that was definitely not true.”

2019 Paly alumnus Will Robins contracted COVID-19 in September after coming into contact with other students at his college who had the virus; he suffered from anosmia for two and a half months despite only suffering from short-term effects for a few days.

“When I lost my smell, it was very sudden and unexpected,” Robins said. “I remember eating breakfast and being able to taste and smell, but when I ate Chipotle for lunch I couldn’t taste or smell it.”

Once Robins regained his sense of smell, he was able to use “smell training” to get his mouth back to the normal tastes, as he also experienced dysgeusia. According to Robins, this entailed smelling different things as many times as possible throughout the day. Despite this, his sense of smell has still not returned completely back to normal.

“I’ll say toothpaste for sure is one of the ones I noticed the most [difference in taste] just because I use it like every day,” Robins said. “Easily I could tell it was mint before. And now it’s almost like if you chew gum for about two hours or something [so] that it kind of loses its taste but you kind of know what it is. It tastes like that right now, still.”

“I remember specifically, we had some broccoli in the refrigerator. And he [her husband] was gagging because it smelled so bad, and I couldn’t smell anything.”

For many, a loss of smell can interfere in daily activities in which smell is necessary. From not being able to detect burning food, to not knowing when to change a baby’s diapers, anosmia can have a great impact on people’s lifestyles.

“I remember specifically, we had some broccoli in the refrigerator,” Rachel said. “My husband opened it up, and apparently it had gone bad. And he was gagging because it smelled so bad, and I couldn’t smell anything. Apparently the whole house smelled like rotten, deadly broccoli and I had zero ability to smell it whatsoever.”

Although many young people may not see COVID-19 as such a dangerous virus for them, everyone is susceptible to COVID-19’s unpredictable effects and should continue wearing a mask and maintaining social distancing. Even if a previous COVID-19 patient eventually tests negative, it can take several months to fully return to normal, just like Rachel and Robins.

“I thought it was more like the 60 to 75 age group that would have the severe symptoms [losing taste and smell],” Robins said. “And I felt like that was the part [about my previous assumptions] that was definitely not true.”