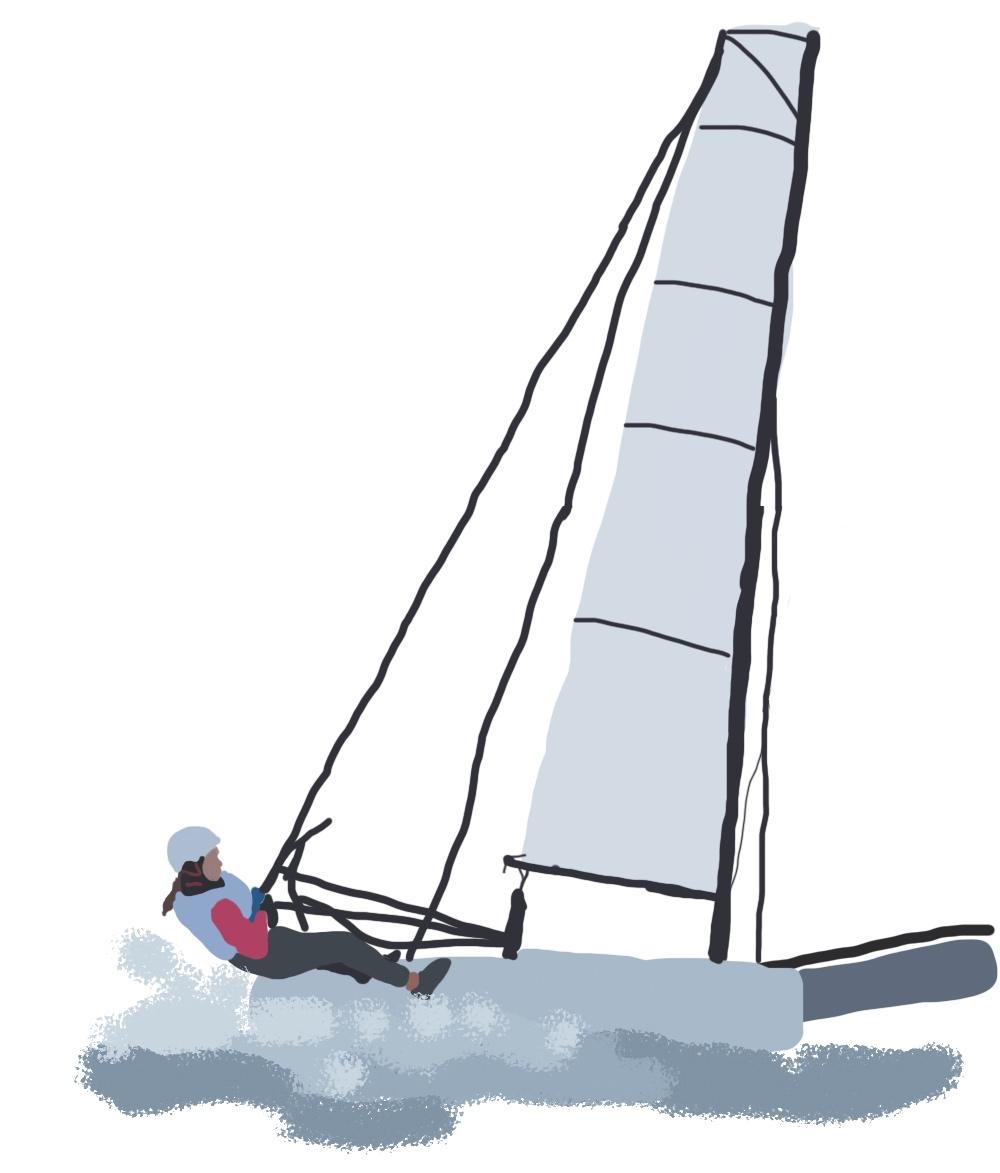 Smooth sailing: The shaping of a student sailor’s success

Charlotte Versavel recalls her first time trying to sail; struggling under the weight of a small overturned sailboat, she bobs up and down in the cold French waters while the sound of a motorboat engine rings loudly in her ears. 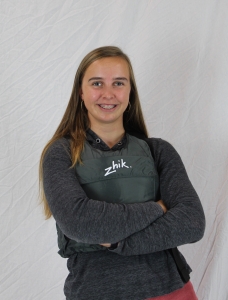 ON THE WATER Junior Charlotte Versavel has created many valuable connections through sailing. “It’s really a sport about community and you meet a lot of friends through sailing,” she says. Photo by Zoë Wong-VanHaren

Versavel, a junior at Palo Alto High School, currently holds the title of No. 1 in the United States for the Nacra 15, a youth semi-foiling sailboat with a hull partially in the water used for performance racing. She received this title by winning two qualifying events last year.

Despite a traumatic incident involving a capsized boat when she was five, her father, a former sailor, convinced her to continue sailing by falsely claiming that the head coach of the program had specifically recruited her after she attended a summer camp, according to Versavel.

“I was really driven by being competitive and, especially in the beginning, it was about beating all the boys,” Versavel says. “When I started sailing faster boats with bigger sails, that’s when it really hit me like, ‘Oh my god, I can go so fast … it’s so technical and it’s so fun,’ and that’s when I really started to enjoy it.”

Versavel competes with her sailing partner, Jack Sutter, a junior who attends a high school in Vallejo, in co-ed competitions around the world. Sutter steers the boat as the skipper, and Versavel’s job is to trim the sails and make sure the boat moves as fast as possible. Over time, Versavel and Sutter have learned how to work together under pressure.

“My favorite part of sailing with Charlotte is how funny she is and just being around her; she’s really a caring person,” Sutter says. “They call us the married couple, because I’m like the other half of her. Everything that she’s bad at, I’m good at and everything I’m bad at, she’s good at.”

Almost every weekend, Versavel drives to either of her home yacht clubs — Richmond Yacht Club in the East Bay or St. Francis Yacht Club, north of San Francisco — to sail with Sutter. The pair generally meet at 10:30 a.m. to rig their boat, then put on their wetsuits and start sailing, occasionally accompanied by a coach or training partners.

“Sailing has taught me a lot of grit and determination, that you need to persist even when things are hard.”

“Every time I’m in the [San Francisco] Bay, I just feel so lucky,” Versavel says. “I’ve also been able to travel to many places all over the country like North Carolina, Florida and L.A. [Los Angeles]. But honestly, no view beats the Golden Gate Bridge … I think it’s absolutely beautiful.”

At practice, Versavel says they always try to do at least 10 maneuvers a day, including tacking and jibing, which allows them to keep moving in the correct direction depending on the wind. When she is away from her boat, Versavel works out at least three to four days a week to stay fit.

Not only has sailing helped Versavel become physically stronger, but it has also helped her build character.

“Sailing has taught me a lot of grit and determination, that you need to persist even when things are hard,” Versavel says.

For Versavel, her greatest accomplishment was during a particularly cold and wet competition, the first qualifier for Youth Worlds, where her boat had flipped because of a careless mistake. Although they were behind, the pair got the boat back up, put their heads down, and ended up passing several boats that had not flipped.

“Staying positive and staying calm, even level-headed, during that experience has shown me what an incredible person I could be when I’m competing,” Versavel says.

After high school, Sutter and Versavel plan to continue sailing during college and beyond. One of their main goals is to switch to the Nacra 17, the fully foiling, out-of-the-water Olympic sailboat, to compete in the Olympics in the near future.

“I’m really a much stronger, healthier, smarter and better person because I sail,” Versavel says. “Being on a team in such a competitive environment in sailing, it really tests you. It has given me a lot of confidence. If I didn’t sail, I think I would be completely different.”

Diving with Ditto: One student’s journey to competitive diving

Pool principles: How swimming taught me to succeed

Peace through wrestling: Champion comes out on top in battle with dysthymia