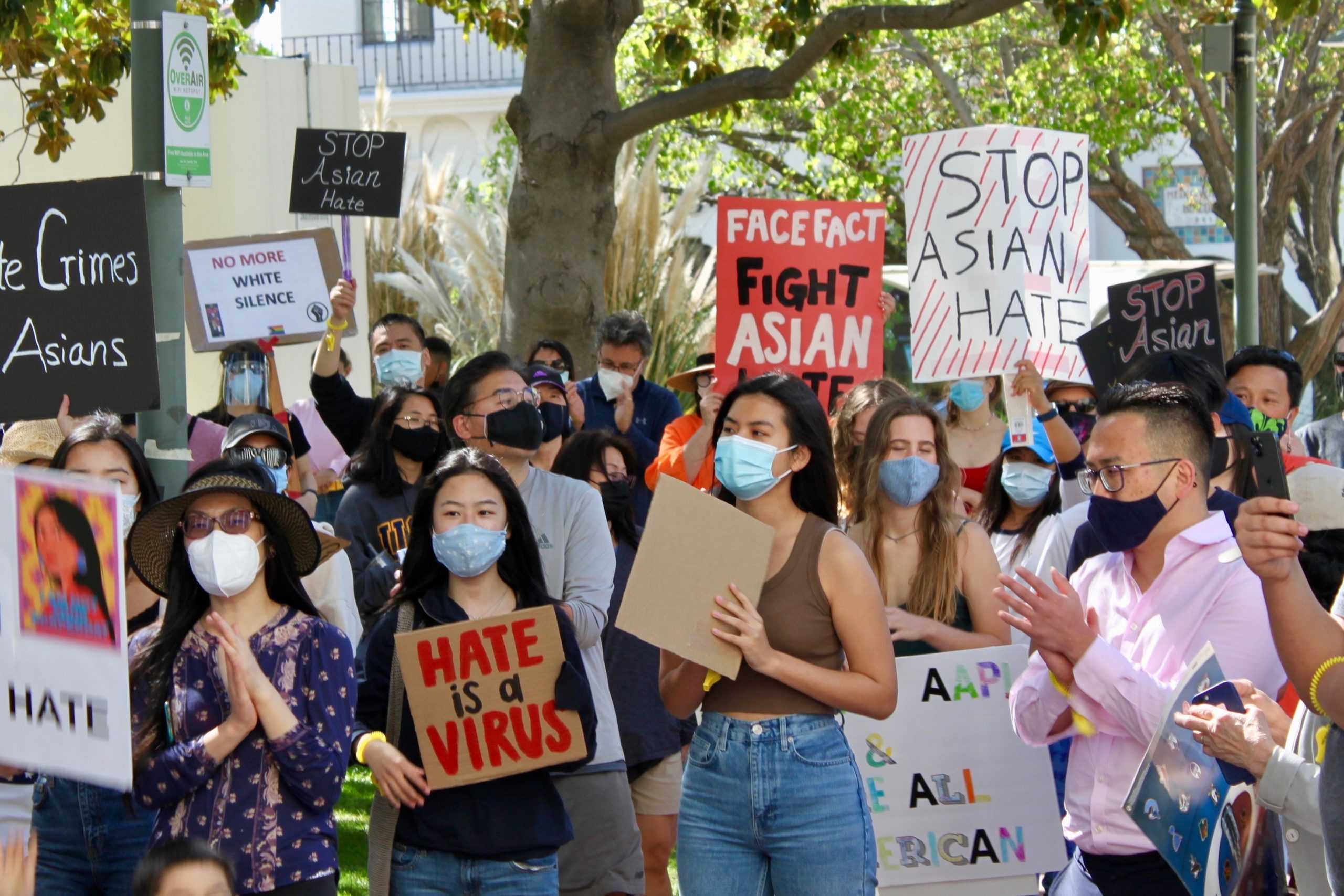 Only 49% of Asian American citizens that are eligible to vote do so, according to Greg Tanaka, Palo Alto City Council member and organizer of the “8 by 8” campaign. The movement encourages community members to convince eight people to register to vote in eight days, which  Tanaka hopes will increase Asian representation in government.

“What this [rally] is trying to do is the ‘8 by 8’ which is to get eight people to register to vote in eight days,” Tanaka said. “It’s to drive action so that there’s more representation from the community.”

Supporters marched down University Avenue, whistling yellow whistles and chanting phrases such as “eight by eight, stop Asian hate.” As they filled up the plaza in front of City Hall, protesters were greeted with live music and speeches from guest speakers in the Asian community sharing the experiences that motivated them to advocate and attend the rally.

“It’s cathartic. It [rallying] makes people feel better and that shouldn’t be understated.”

Palo Alto High School junior and ASB Junior President Mathew Signorello-Katz was one of many student volunteers contributing efforts to organize the event. Motivated to support the Asian American and Pacific Islander communities after seeing a recent surge of anti-Asian hate crimes, Signorello-Katz signed up to help attendees register for the rally.

“I think there’s a necessity to spread awareness both at the local level and beyond,” Signorello-Katz said. 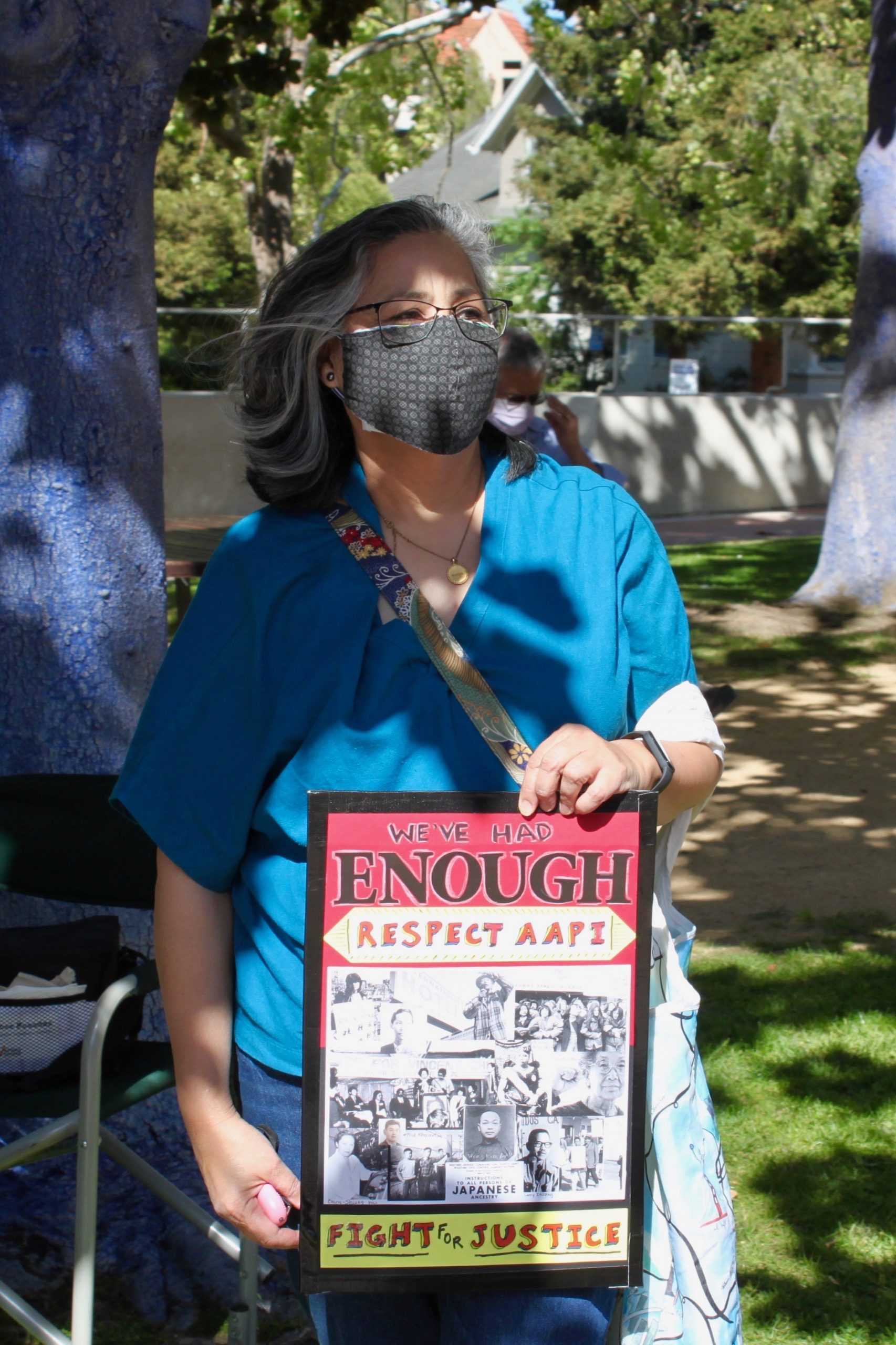 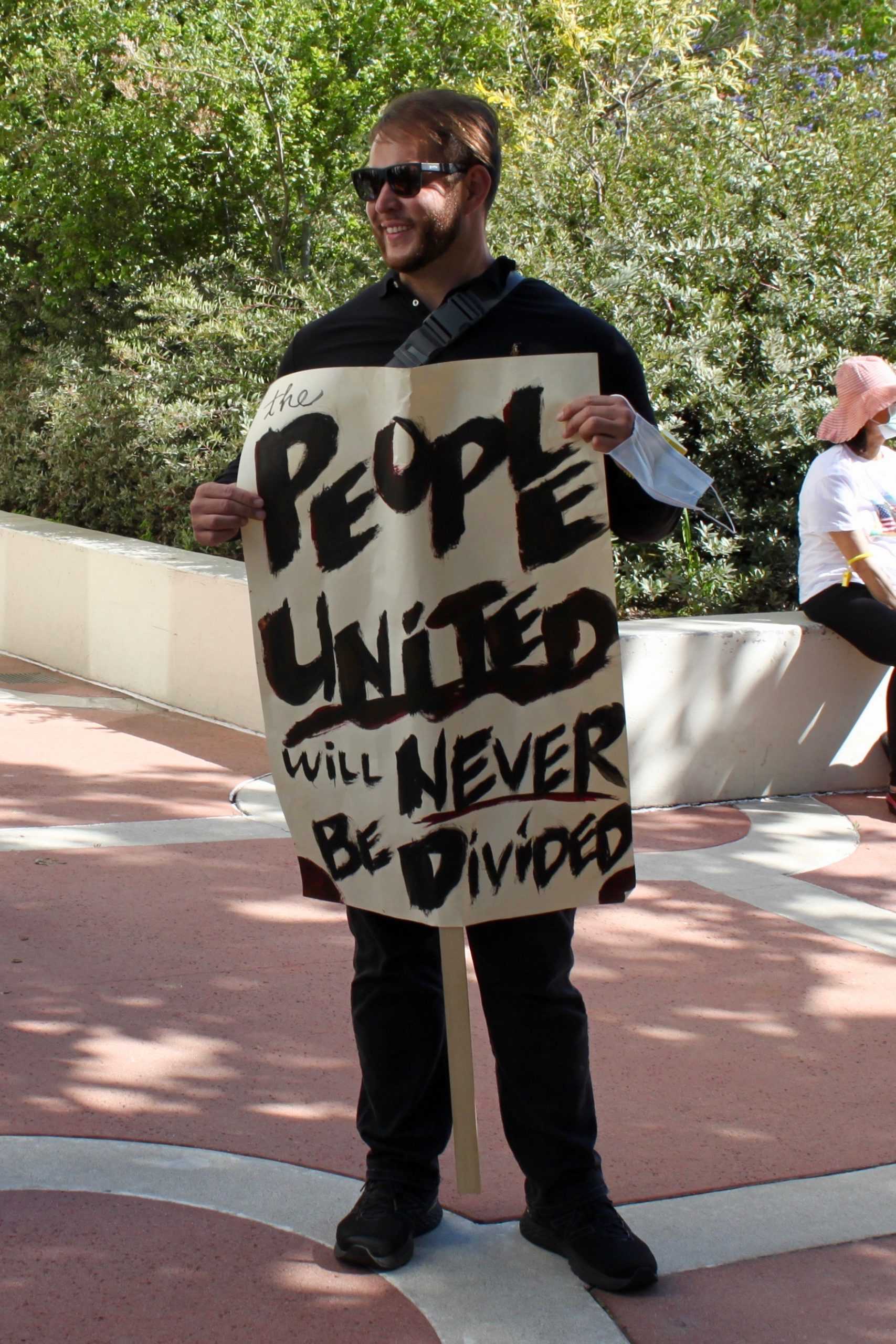 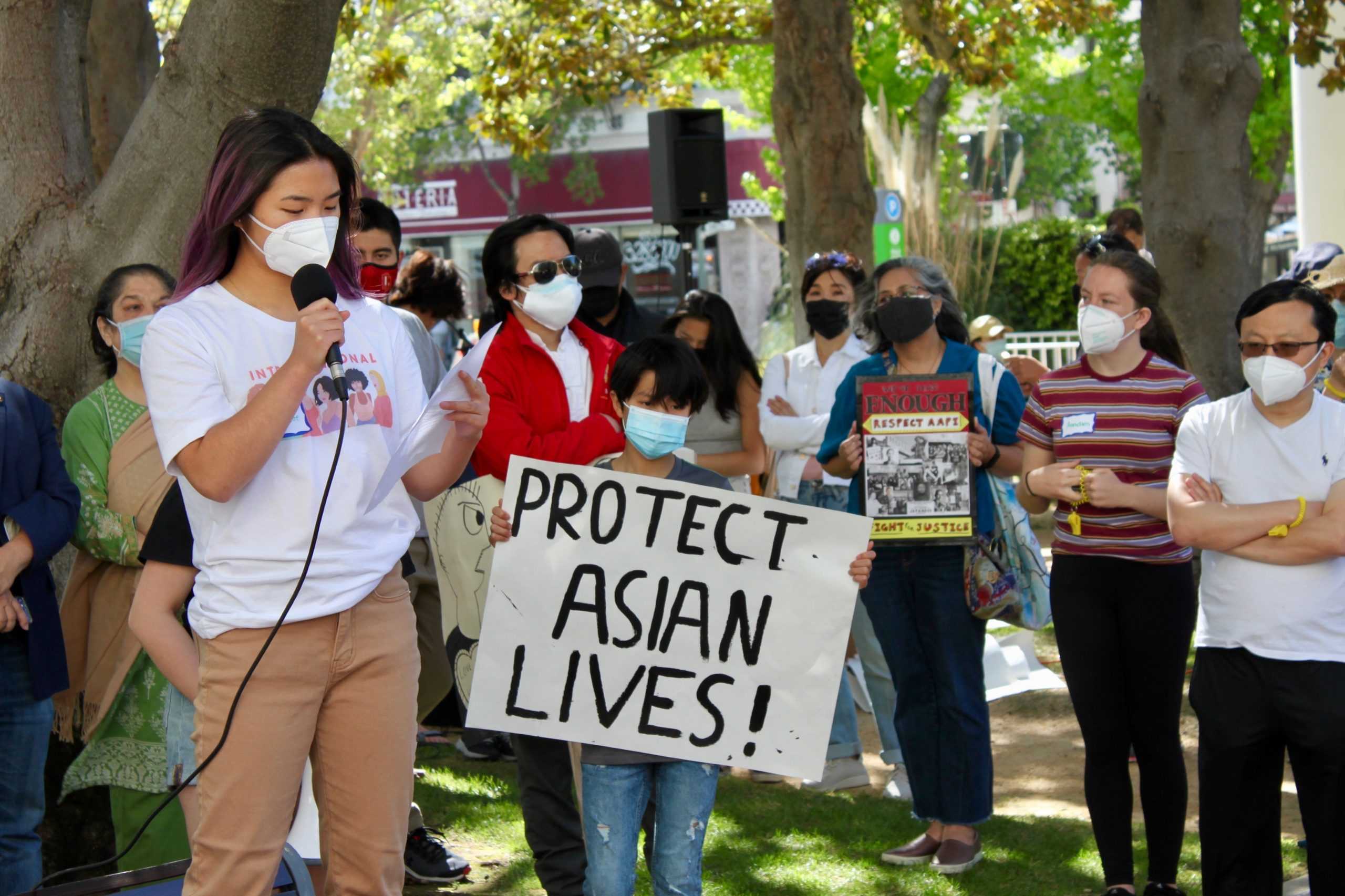 RALLYING FOR REFORM — Community members gather around speakers at City Hall and hold homemade posters to show solidarity with the AAPI community at the protest on May 3. Photos: Sebastian Bonnard