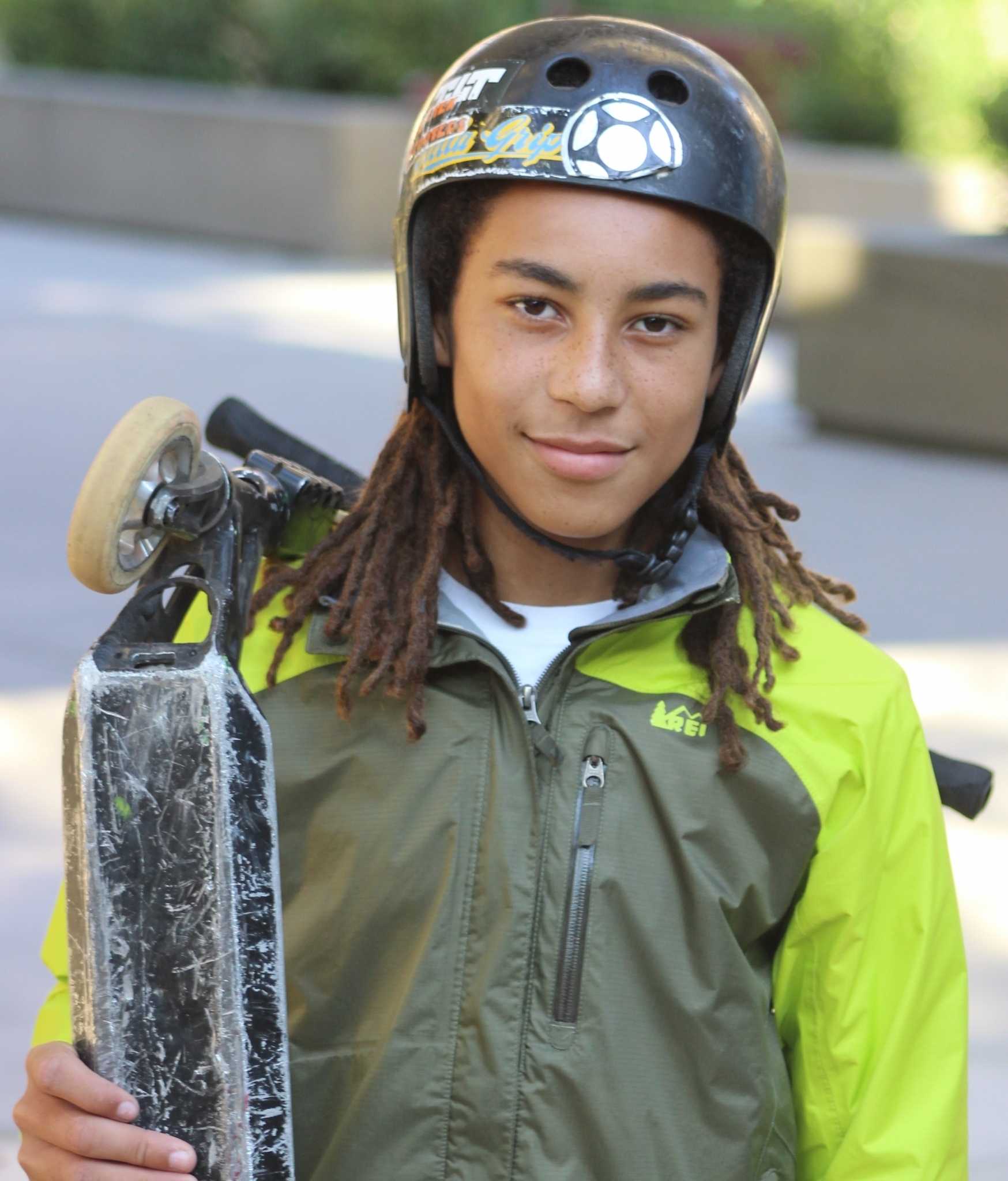 SCOOTER SENSATION Freshman Phela Durosinmi poses for a picture with his scooter. “What makes him so good is his creativity, in addition to the many hours that he has spent on his scooter,” freshman Reed Schulman says. Photos by Zoë Wong-VanHaren

Phela the phenom: The future of scootering

Standing at the top of a flight of stairs, Palo Alto High School freshman Phela Durosinmi looks down and considers his next trick. He takes a deep breath, his grip tightening on the handlebars of his scooter, and takes off, his sneakers pushing off the ground. Then he is in the air flying over the stairs while twisting his scooter beneath him in one swift motion before landing, wheels down on the hard cement once more.

At only 14, Durosinmi demonstrates the same kind of skill and energy as many pro scooter riders. This raw talent is what has allowed him to make a name for himself in the world of scootering, catching the eye of a company called Aztek Scooters, which decided to sponsor him.

“It’s like improvising.It’s not like you have to do something [specific], you can just do whatever you want.”

To Durosinmi, however, scootering means more than sponsorships and recognition. Through the sport, he was able to find a group of scooter riders that he connected with, creating friendships that surpassed a shared passion for scootering.

His start to scootering

When he was eight years old, Durosinmi was gifted his first scooter for Christmas. Since then, he has immersed himself in scootering, constantly trying out new tricks and expanding on his skill set.

“A lot of times I’ll be messing around doing old tricks, or I’ll see a certain obstacle and think of something I want to do on it, thinking I can do this and change that,” Durosinmi says.

At the time, he had no idea that the sport would be the spark for his future friendships and successes over the course of the next six years.

Durosinmi is seen by many as an exceptional and hard-working scooter rider. Reed Schulman, a Paly freshman and fellow scooter rider, thinks Durosinmi’s skills are a product of both raw talent and hard work.

“He has really become more of an inspiration to the younger generation in the sport.”

“I think that what makes him so good is his creativity in addition to the many hours that he has spent on his scooter,” Schulman says.

Durosinmi is a master at thinking creatively — new tricks comes naturally to him.

“It’s like improvising,” Durosinmi says. “It’s not like you have to do something [specific], you can just do whatever you want.”

“Phela is the future”

“A-1 trick selection.” “Great style.” “Take your notes kids.” “Real scootering.” “Phela is the future.” These are some of the many comments on a video Aztek Scooters posted in December 2018. The video features Durosinmi doing daring tricks off of obstacles like stairs and railings, his scooter consisting of Aztek Scooters parts. 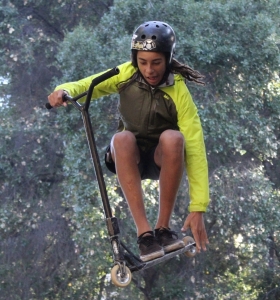 ONE OF A KIND Durosinmi jumps over a flight of stairs, performing a trick on his scooter. “At the age of eight he was already better than any of my friends who were two to three years older than him, purely because of his natural talent,” junior Alex Washburn says.

Dom Marconi, the owner of Aztek Scooters, explains what he believes makes Durosinmi so exceptional.

“Phela is one of the best riders of his age — he is riding at the same level of some of the guys on our team who are 24 years old,” Marconi says. “This is what really was amazing about him. We saw a lot of potential in him, and he’s only getting better.”

Besides being sponsored, Durosinmi is also part of a scootering crew called the Bling Boys, the members of which he met in Menlo Park. He created it with Alex Washburn, a Paly junior, and his brother Lucas Washburn, a Brown University student and Paly alumnus.

Although the majority of the Bling Boys do not scooter together anymore, scootering has helped form Durosinmi’s current friendships in high school.

“I still remember absolutely losing my mind watching Phela do some of the tricks he did — he was definitely at some point better than a great portion of professional scooter riders,” Alex Washburn says.

Durosinmi has had a raw talent for scootering since he started, but with the extra stresses of high school, it has become hard for him to find time to do it. Yet, his undying creativity, fearlessness and hard work is what has gotten him so far in the world of scootering.

“He has really become more of an inspiration to the younger generation in the sport,” Schulman says.

To Durosinmi, however, scootering has been, and always will be, a way for him to simply let go, relax and just have fun.

“[Scootering is] just fun, it is a way for me to gather all my energy and do something I like,” Durosinmi says. “It is really relaxing.” 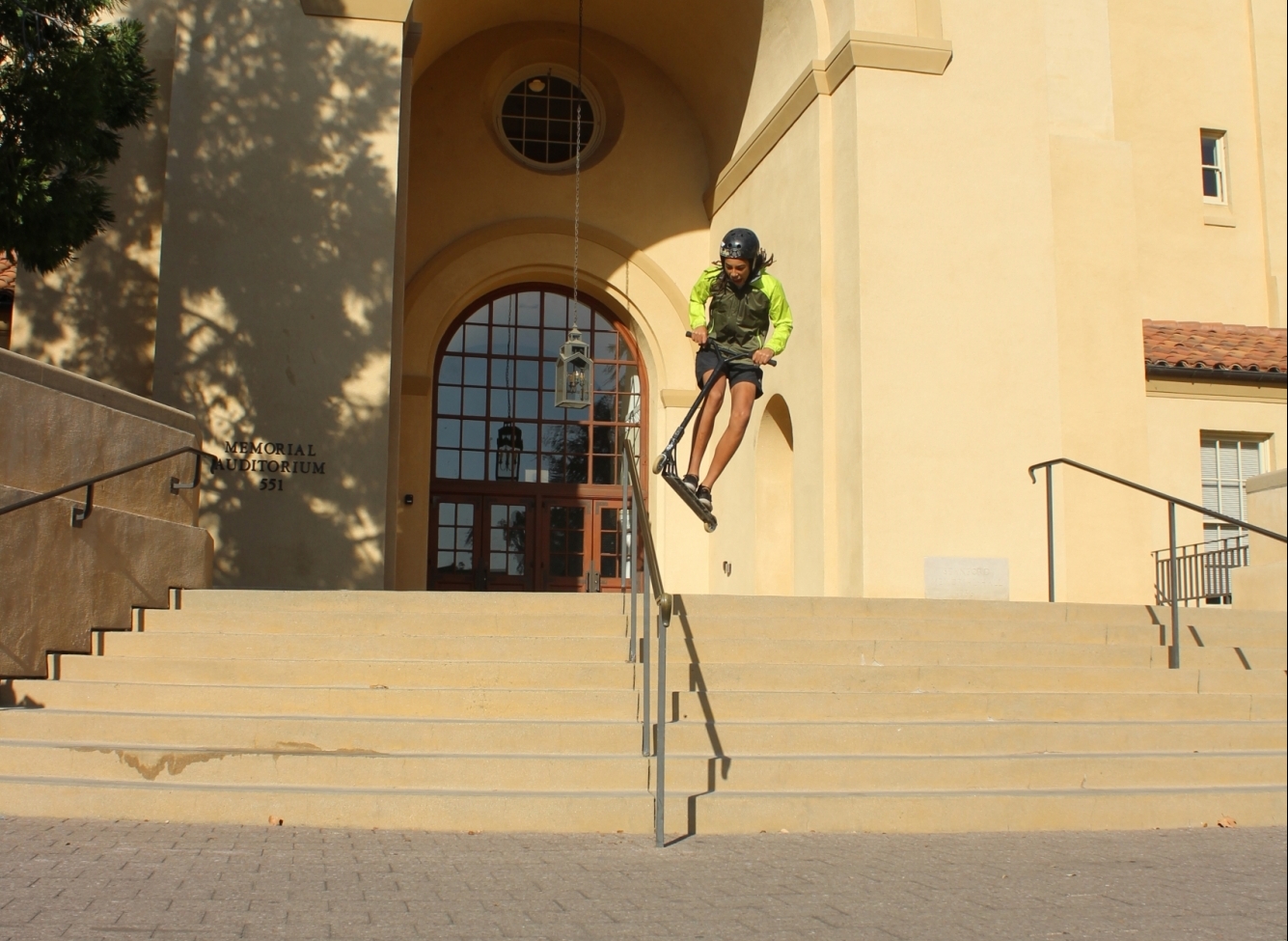 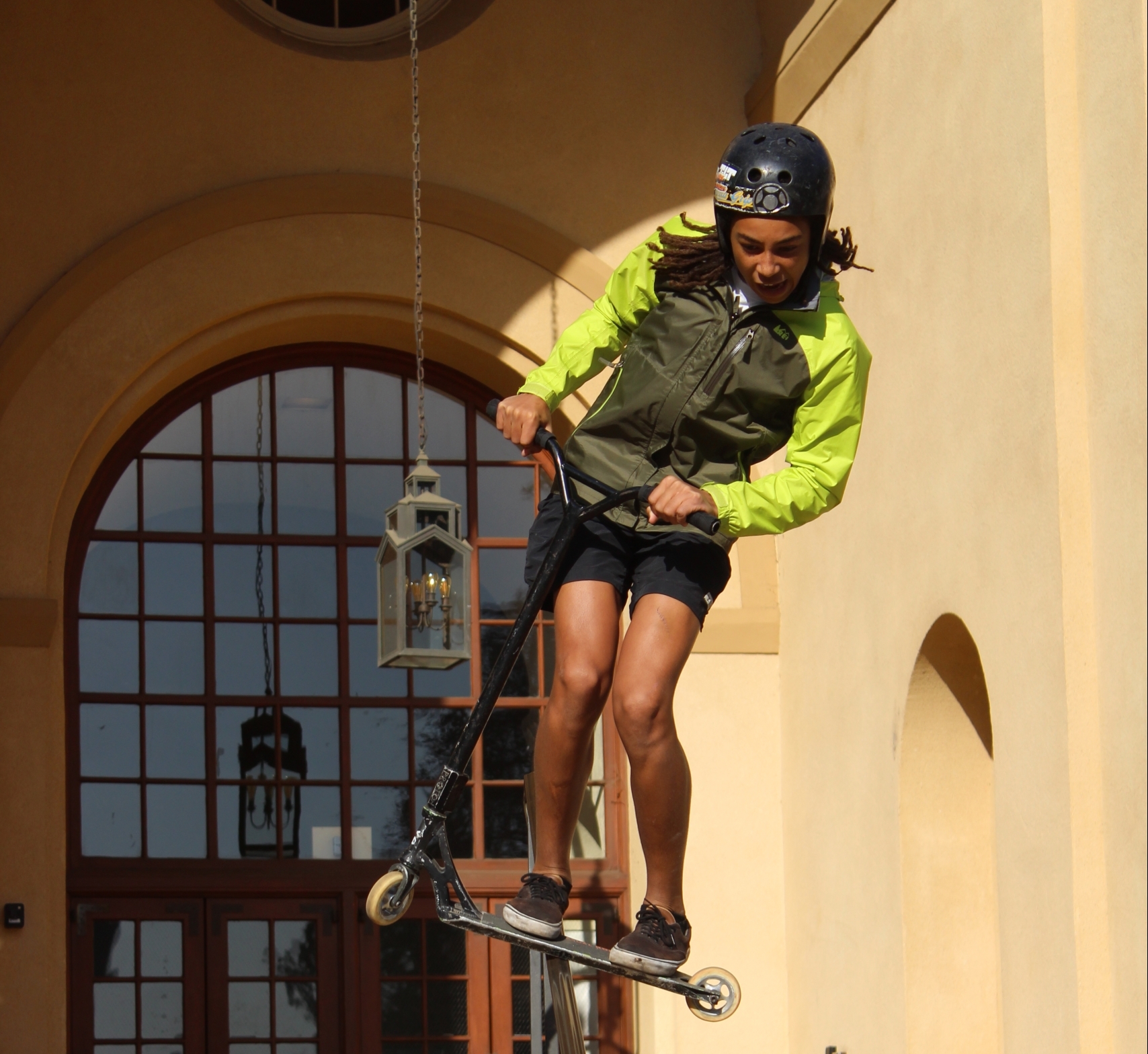 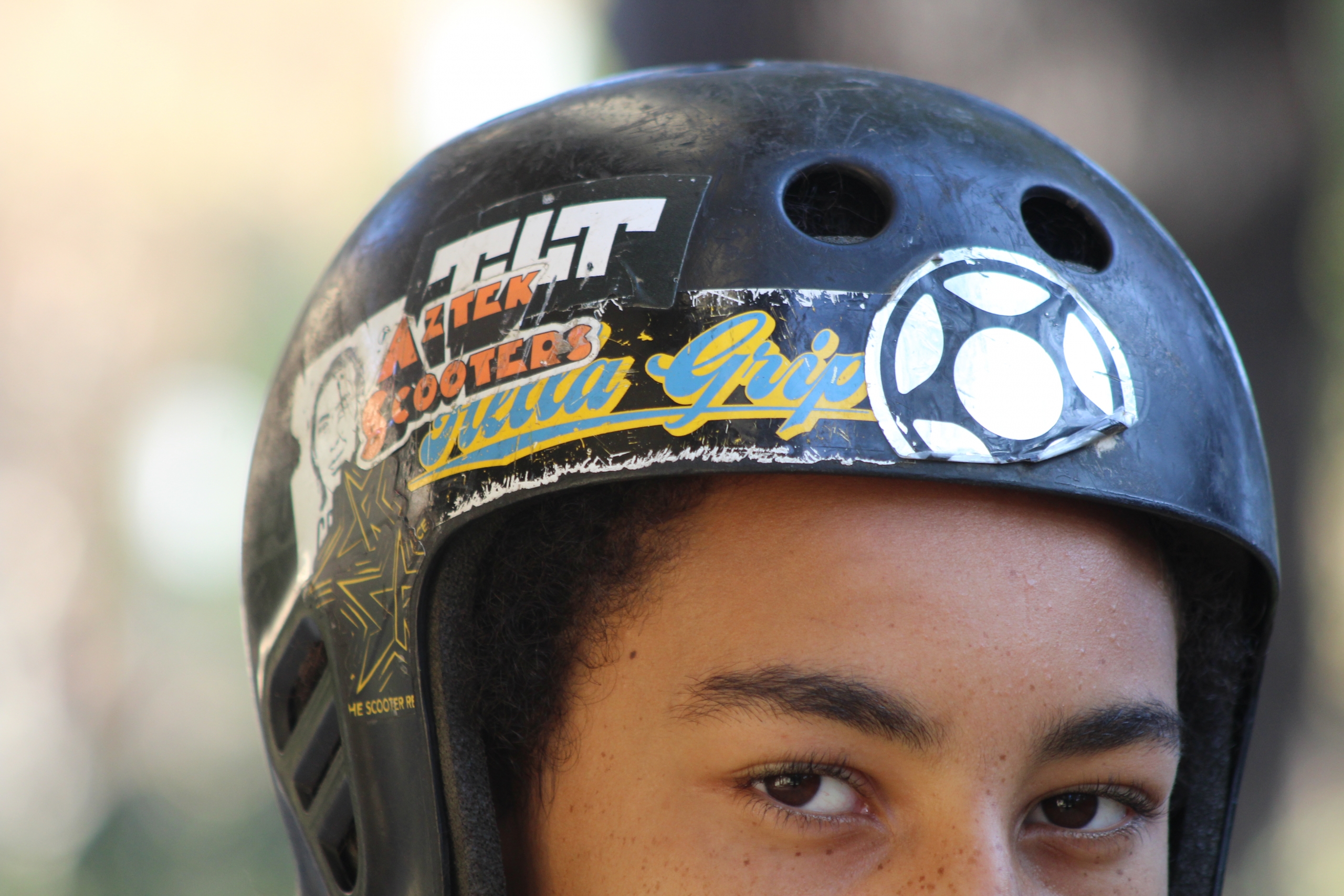 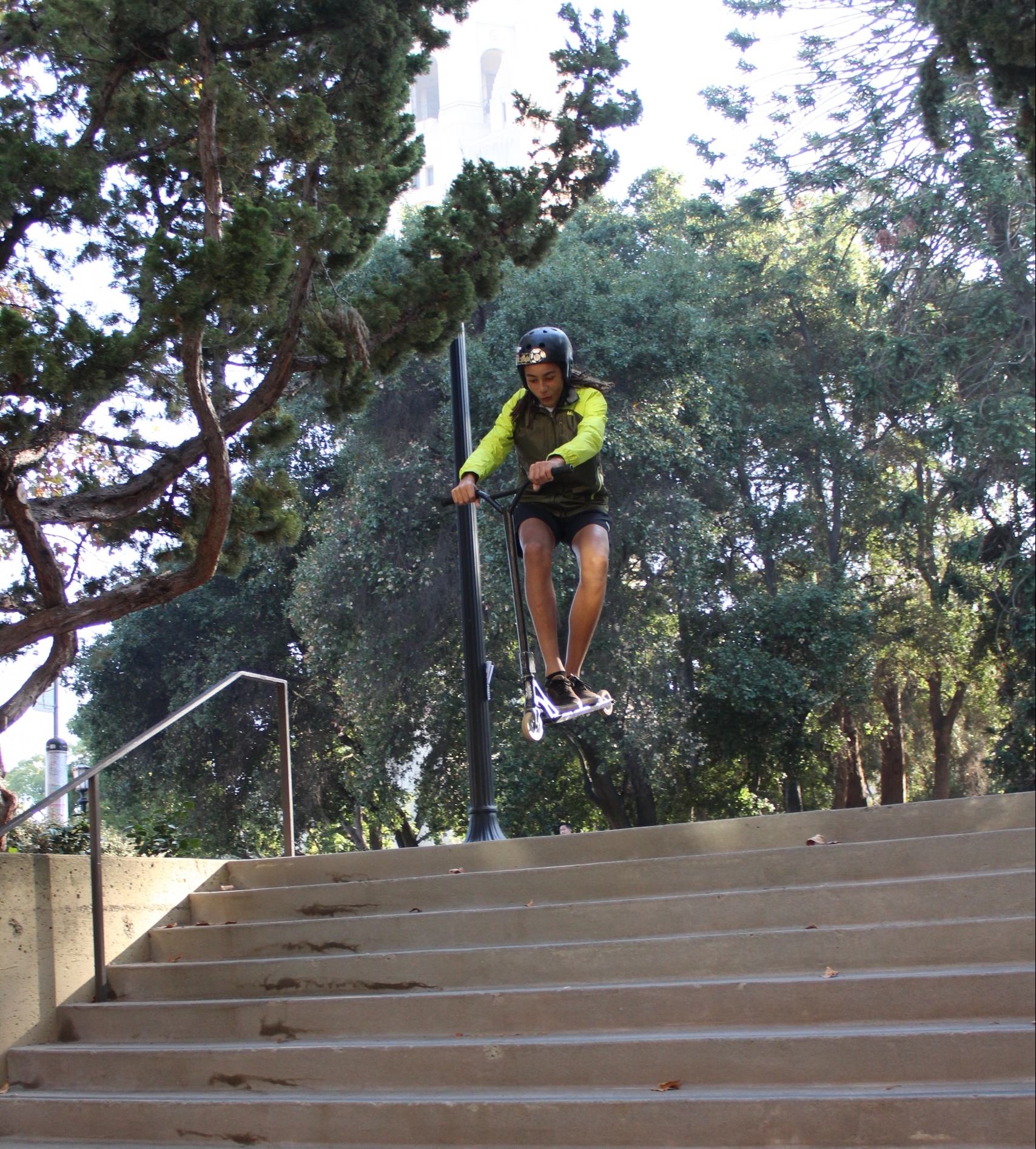 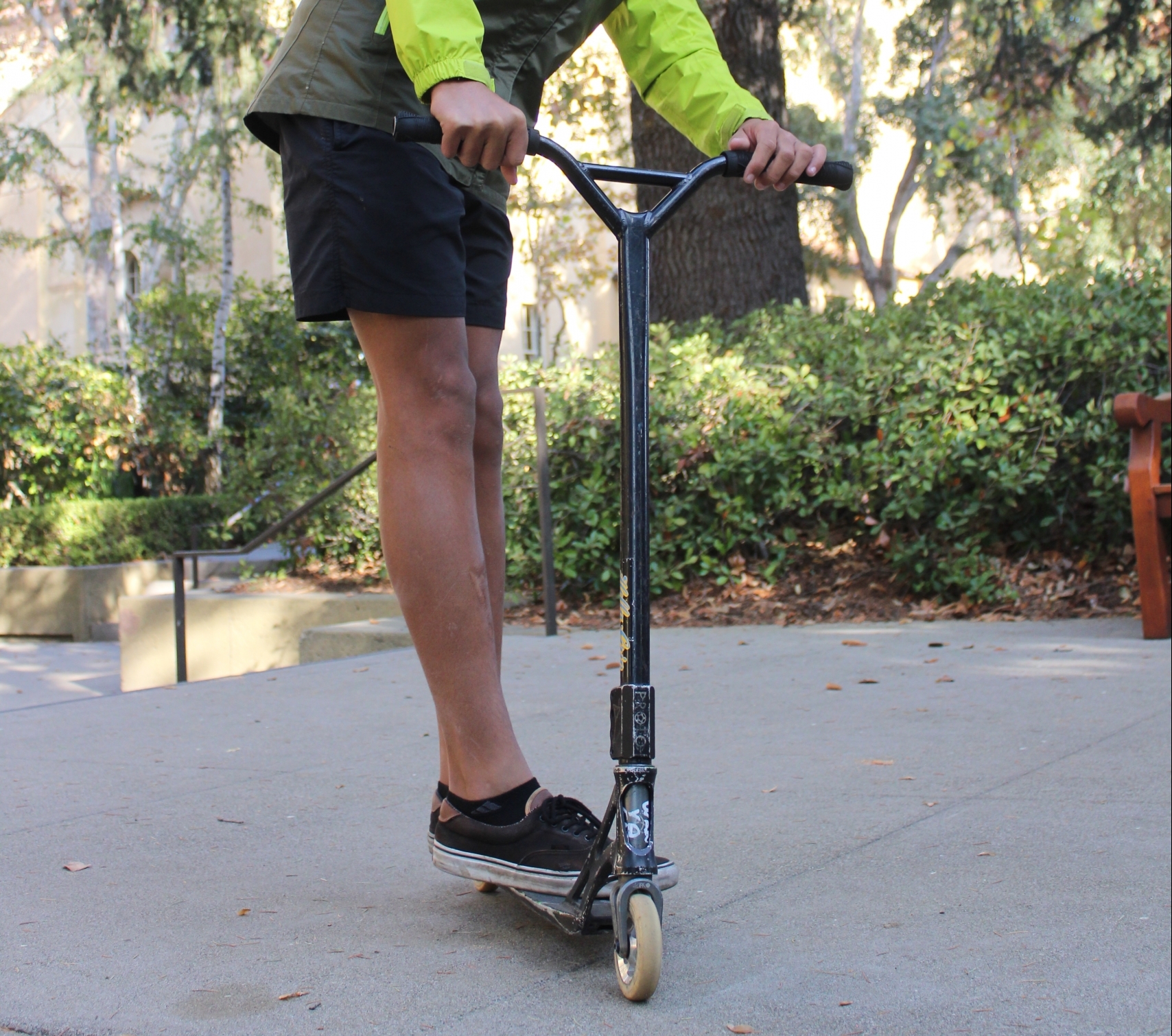 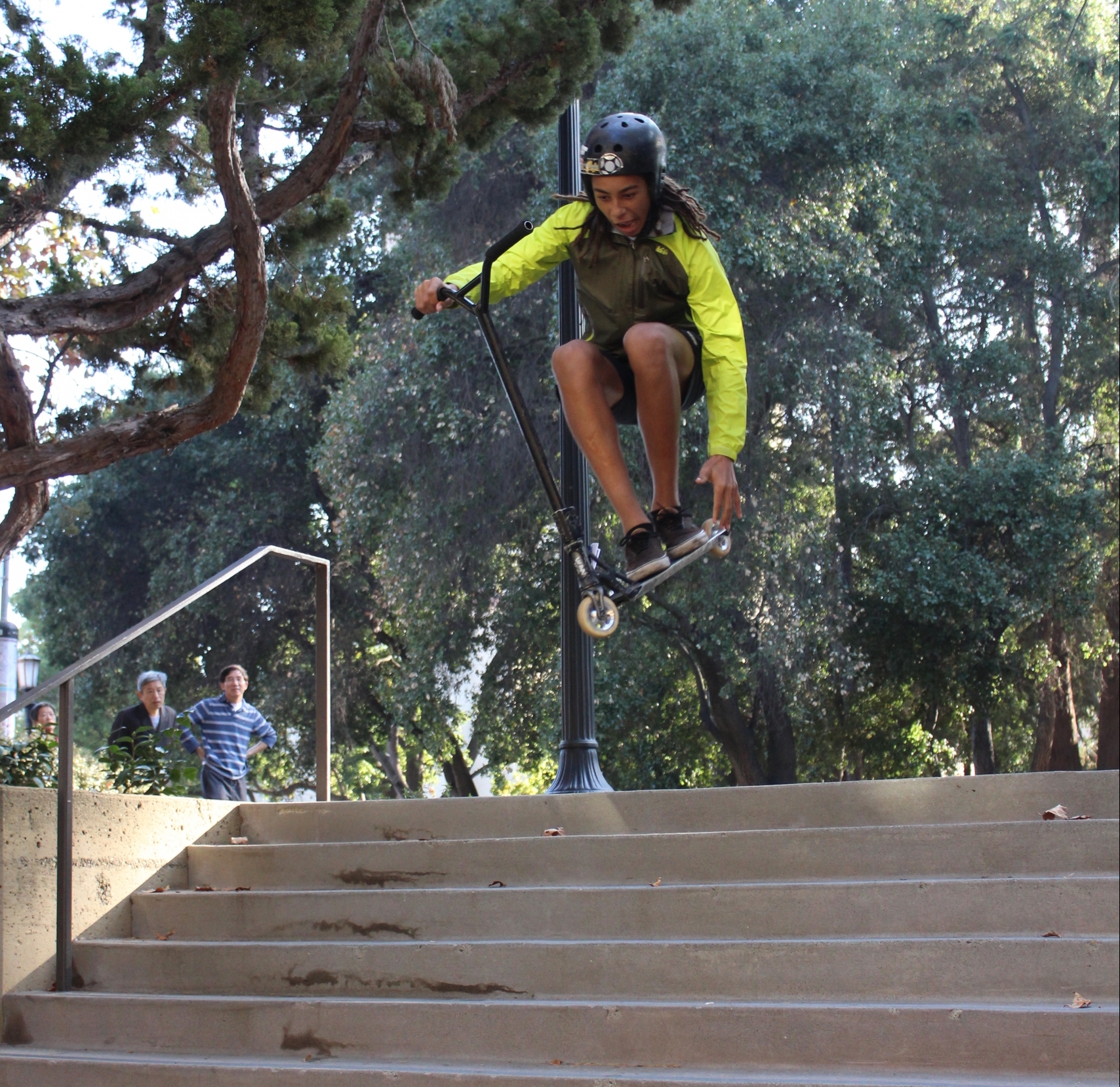 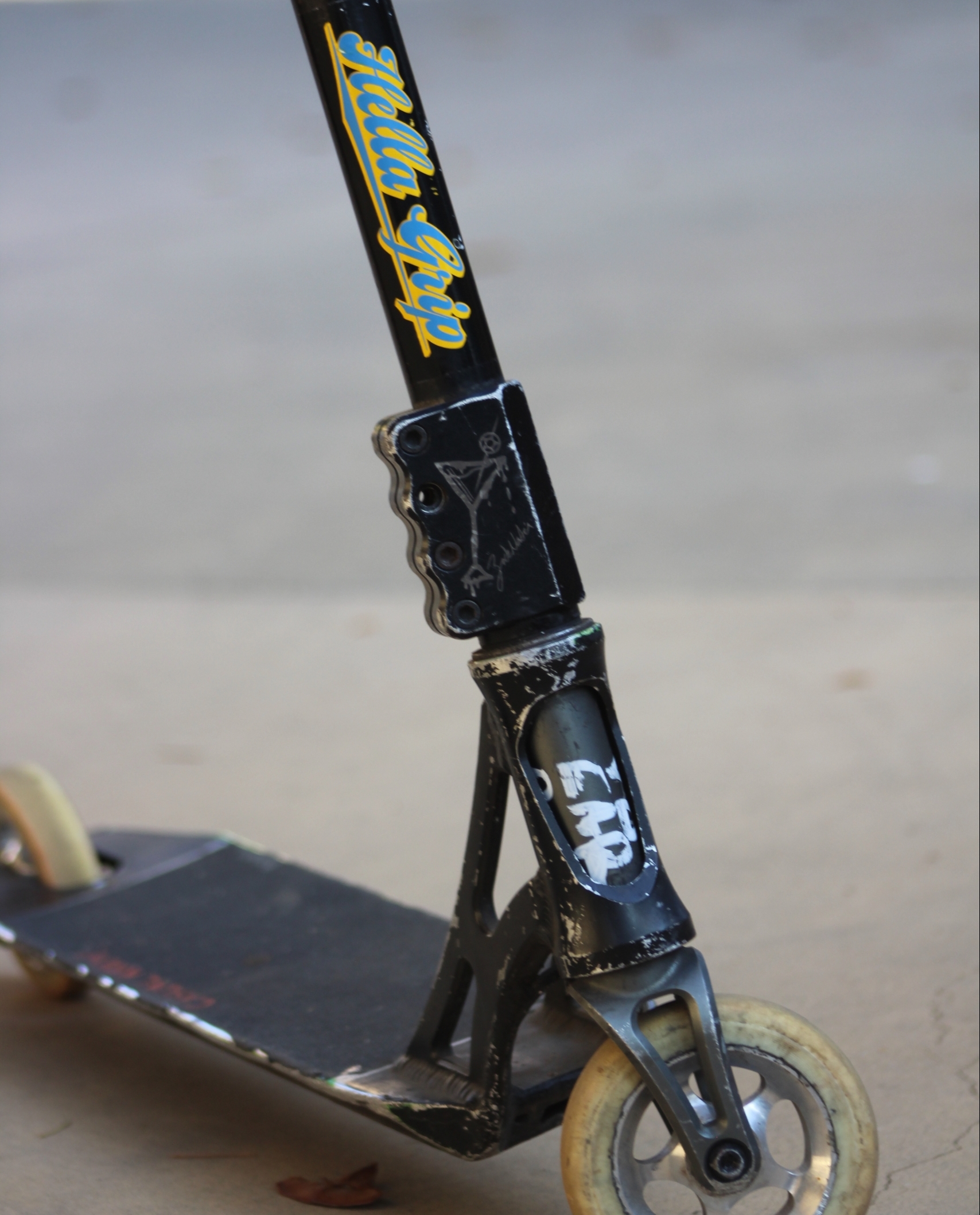 Turning the tables: From desk to transport