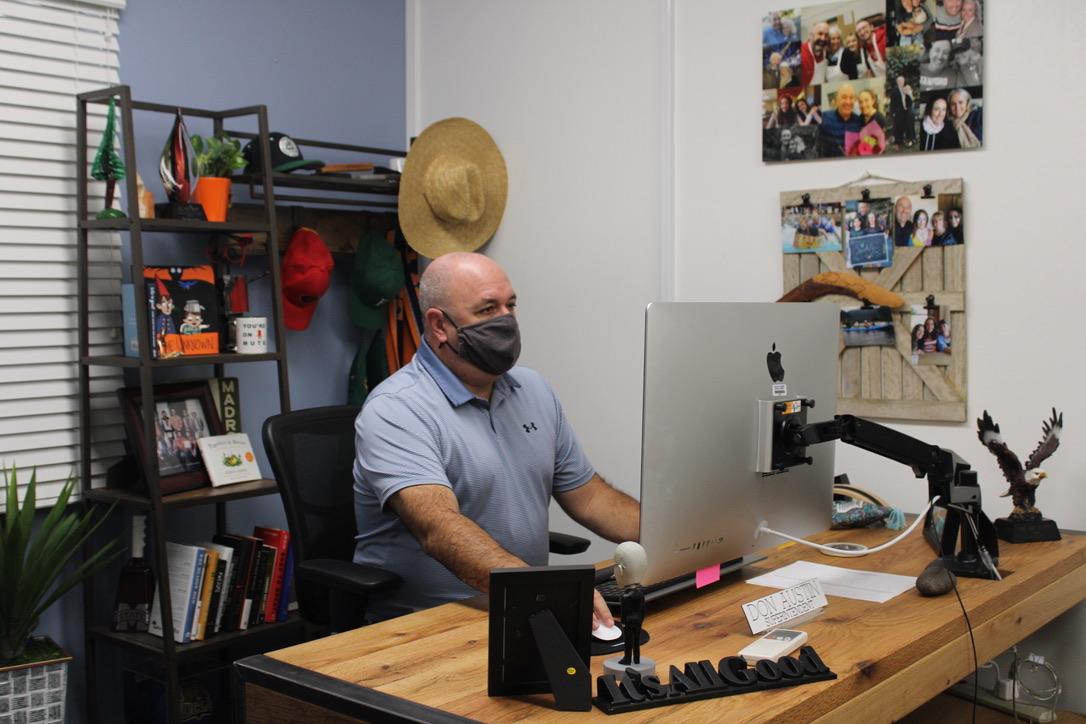 DISTRICT DUTIES –– Superintendent Don Austin gets to work at the PAUSD district office. “It wasn’t like the school district has never been on the list, we’ve been here a long time,” Austin said. “It’s been about ten years being in the top one or two in the state… and I think success is a predictor of future success.” Photo: Miya Whiteley

According to Niche, PAUSD also holds the title of best school district with 10,000 or more students; PAUSD’s stellar reputation was a primary factor in drawing Superintendent Don Austin to the district.

“I came here because there is only a handful of places in the entire country that can even have this kind of a conversation [about holding titles],” Austin said. “I like being at a place that is a model and is still looking for those next levels of improvement. In our case, we have tremendous depth and breadth of programs.”

“I’ve been to two board meetings and it’s very organized, they seem to be doing a good job of things,” Trach said. “There are a lot of good resources here, it’s cool to be in such a good academic space.”

“I like being at a place that is a model and is still looking for those next levels of improvement. In our case, we have tremendous depth and breadth of programs.”

“The Palo Alto community’s support of PAUSD, through donations and participation, has really allowed the district to flourish,” Kramer said.

According to Austin, PAUSD still has many aspects upon which it can improve.

“We still have an equity gap,” Austin said. “We still have some students here that are not experiencing the same success as the majority of our students, and that’s not okay. I think when you are a beacon, a place that people look to, any missed opportunity is unacceptable.”