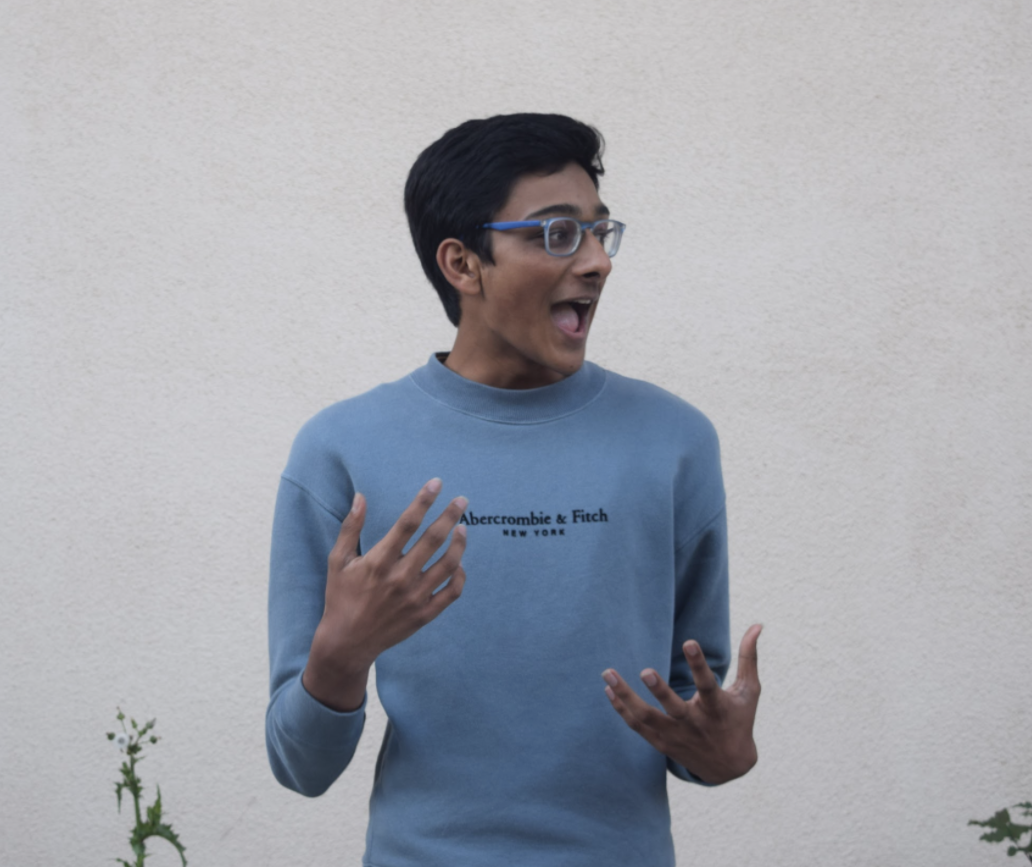 PALY’S POLYGLOT — Senior Neil Rathi, who placed 8th, earlier this week, in the Regeneron Science Talent Search 2022, talked with Verde Magazine about his work. “I've been doing research on this [linguistic research] for the past year and a half,” Rathi said. “I essentially found language universals, which are patterns that are true across human languages, using information theory and machine learning and statistics.” Photo: Yash Shetty

The Regeneron Science Talent Search, an 80-year-old science competition that looks for students who have done outstanding STEM research, generally gets 2,000 applications and awards $1.8 million to winners of the competition according to the competition’s press release.

“The Regeneron Science Talent Search winners give me hope for the future, and I congratulate them on their tremendous success,” said President and CEO of Society for Science Maya Ajmera in a press release. “For the first time in two years, we have been able to gather in-person to celebrate the next generation of scientific leaders who are motivated by curiosity and inspired to solve the world’s most intractable problems.”

Senior Neil Rathi analyzed similarities between languages using artificial intelligence — a project he has been working on for a year and a half.

“One very probable career path [for myself] is going into academia and being a professor, and so I want to continue doing this kind of work, especially bridging together humanities and STEM.”

“It was really exciting,” Rathi said. “I had never really considered applying for this competition because it’s very STEM-focused and I like doing a lot of humanities and STEM. One thing that’s really important to me is the fact that it shows that they’re able to recognize that there is a value in the humanities and STEM and their connection together and bridging that gap.”

Rathi, who speaks nine languages, started his love for languages when he learned Latin in freshman year and noticed similarities between Latin and Hindi. Since then, he worked with Ph.D. students and college professors to analyze these similarities.

“I’ve just been leading that project [using AI to analyze similarities in languages] for a while, and it was really nice because it was able to bring together both my interest in math with languages,” Rathi said.

While winning this award was a great milestone for Rathi, he said he is still looking forward.

“In the future, I’m considering doing more research in linguistics,” Rathi said. “One very probable career path [for myself] is going into academia and being a professor, and so I want to continue doing this kind of work, especially bridging together humanities and STEM.”