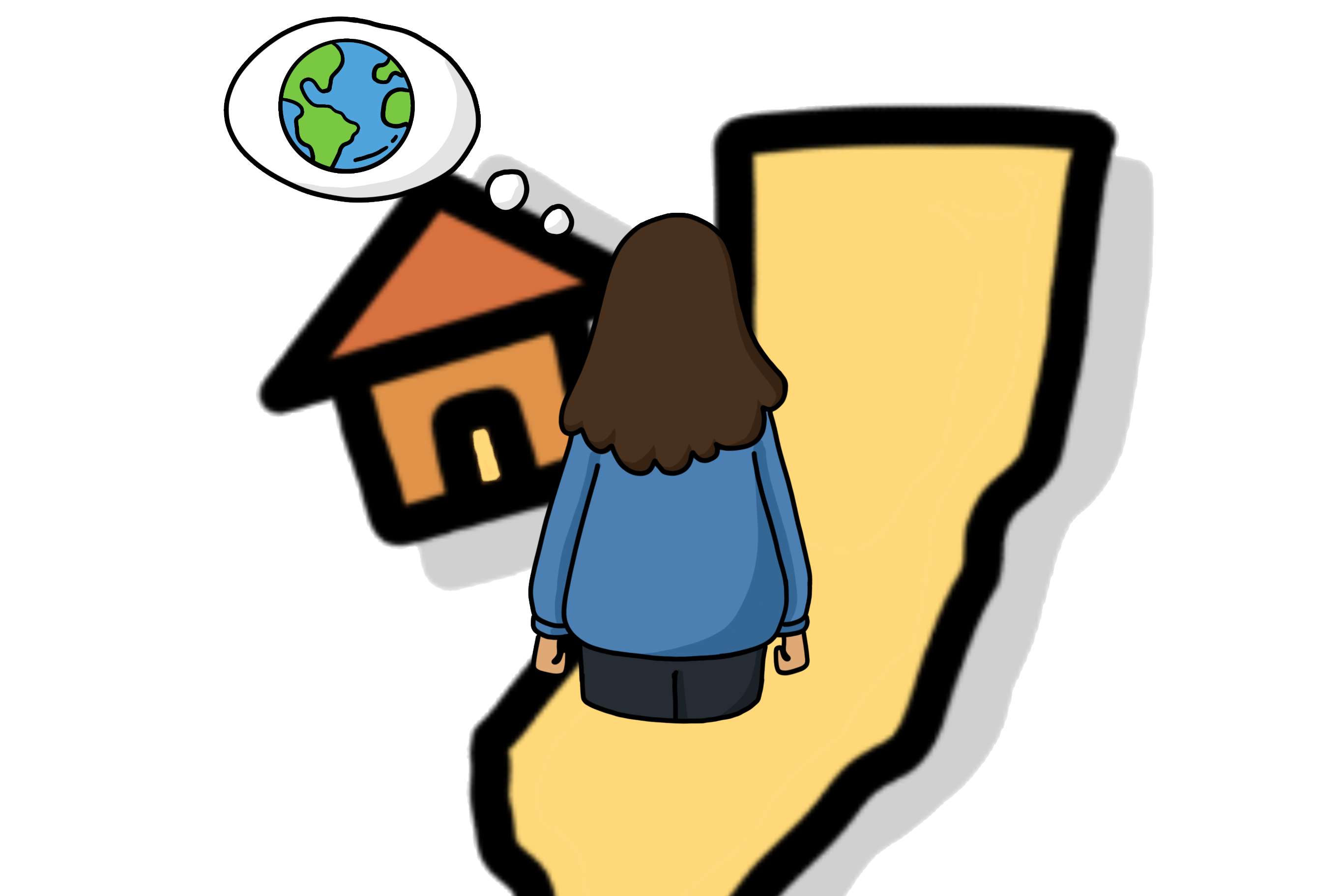 Opinion: A fleeting flight: Coming to terms with a local college experience

I was born in Palo Alto. I’ve never moved to another state, another city, or even another neighborhood. I’ve never even spent more than two weeks outside the Bay Area. Being a child of immigrants, I don’t often think of myself as a native, but I guess I really am a native Californian, and native Palo Altan.

Although I’m fond of this area, I have always longed to explore other places in the nation. I wanted to leave the bubble that was the Bay Area and see this “real world,” meeting different people while living with different weather, architecture and culture. With this desire in the back of my mind, I waited and waited for college, when I’d finally move away.

Yet a few months ago, I found myself committing to a college in Northern California, quite close to home — the exact opposite of what I had been dreaming of for so long.

In the first few days after committing, I acted as if disaster had struck. I talked about being “trapped” in NorCal, while my friends would be exploring other cities hundreds of miles away. I feared being the outsider among my future college classmates — they would all have the shared experience of having foreign surroundings. And most of all, I worried that I wouldn’t grow and learn to become truly independent if I didn’t migrate far, far away.

But as the days passed, my thoughts shifted to reflect on why I felt this way. My definition of growing and “adventure” had always been fixed on living outside of California, but it didn’t have to be. There are other ways I can feed my adventurous spirit while being close to home. Further, I felt that my desire to be somewhere else partly stemmed from unresolved feelings of missed teenage experiences — feelings that were directed towards this area where I grew up. Maybe it didn’t make sense to think I could resolve them anywhere but here.

I still have the opportunity to create my “home away from home” in college, despite it being different from my original dream.

My mom pointed out that even though my surroundings will look the same, I’m going to meet lots of new, different people from all around the country (and world). I still have the opportunity to create my “home away from home” in college, despite it being different from my original dream.

I also began to recognize the benefits of staying near my family for the next few years. My parents can take me to my favorite shops, and I can hang out with my younger siblings in-person rather than over FaceTime. After all the stress I had in high school, I realized it would be better for my own well-being to not force myself to adjust to a new place — all alone — quite yet. The outside world can wait a little longer for me.

To be honest, I’ve been a bit of a homebody as a teenager. And given how vast the NorCal is, there’s so many more places for me to explore, especially as an adult living away from home. Ultimately, there are still so many ways for me to grow right here in California, and I’ve become more and more excited to find them.

A few days after I committed to my future university, my mom asked me how a mama bird teaches her chicks to fly.

“The mother drops her babies from a branch,” I said. “They’re forced to use their wings or else they’ll get hurt.”

“But how does the mama bird prevent the chicks from falling too far?”

“Maybe she uses a lower branch, so there’s less chance of them being injured,” I had answered.

Later I realized that’s what my mom feels she’s doing as I make my transition to college close to home — dropping me from a lower branch, and knowing I’ll still learn to fly.