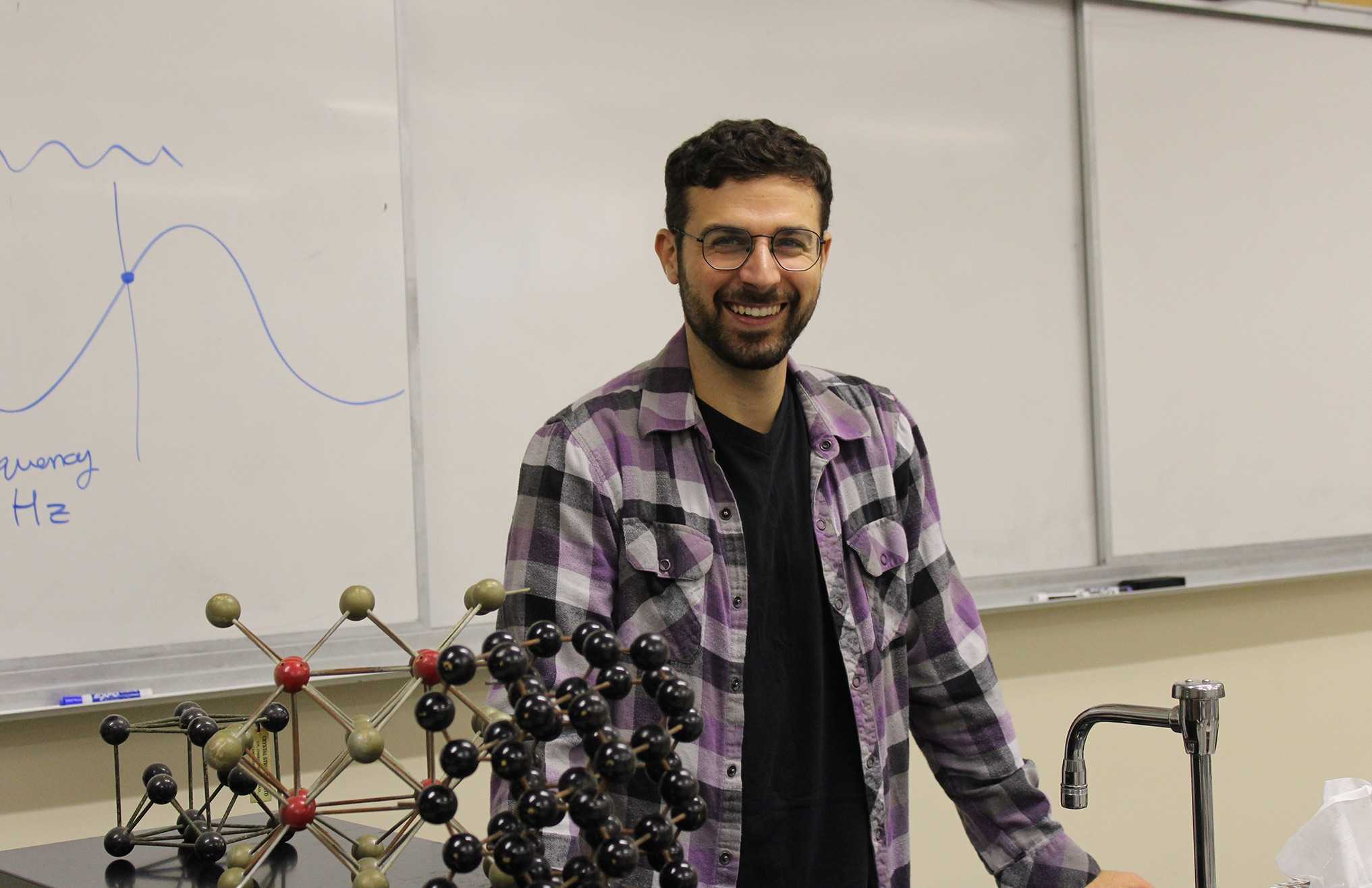 THE SALAD BOWL Past and present students of Mr. Mishali often refer to him as 'Salad,' a name coined to him by a former student. Not only did students give Mishali a nickname, but they also created a name for the classroom. "One of my students [told me] we should call the classroom the 'Salad Bowl,'" Mishali says. Photo by Zoë Wong-VanHaren

“I had a student who couldn’t say my name, and he called me ‘Mr. Marshali,’ Paly’s newest chemistry teacher, Michael Mishali, says. “Then one of his friends changed my name to ‘Sally’ and then ‘Salad.’ ‘Salad’ stuck because another student named my classroom the Salad Bowl.”

This is Mishali’s first year teaching at Palo Alto High School, but he is no stranger to the district. Before joining Paly’s staff, Mishali was a teacher at David Starr Jordan Middle School (now Frank S. Greene Jr. Middle School), where he taught eighth grade science for four years, before taking two years off to travel.

Mishali explains the story of his most common nickname amongst his new students as he sits at his table at the front of the classroom.

Mishali’s new nickname also brought about another term, one used to describe his students. He warmly refers to his students as “croutons,” arguably one of the best parts of a salad.

Next to Mishali is a small white water bottle with the face of Baymax, a character from the film “Big Hero 6.” The water bottle is smaller than his past students remember it to be, but holds the same iconic significance.

“Baymax was just this sweet cuddly thing … I like what [he] represents,” Mishali says. “But [the original] Baymax is in retirement. He’s done so much. [And] nobody needs to walk around with a liter of water in an air-conditioned building.”

In his time off from working at the Palo Alto Unified School District, Mishali was given the incredible opportunity to travel around the world. His two year break led him to several global destinations, from hiking up a volcano in Bali to working on a peach farm in Israel. Mishali also walked the Camino, a 500 mile trail across Spain with some of his friends: they backpacked across the country for three months, during which they stayed in hostels. He was also able to reunite with his family in Long Island, New York, and even traveled to various parts of the world with them by his side. Reflecting on his trip, Mishali recalls a quote from a former student.

“… I was able to … learn and respect him as a teacher but also connect with him.”

“When we were at Greene together, [the student] said ‘You find home in people, not places,’” Mishali says. “I really think that’s true because the best parts of my trip were the times … when I was with other people.”

After his adventures abroad, Mishali is back in the classroom, this time at the high school level. Not only does Mishali teach dozens of new students this year, but he is also able to reunite with some of his former Greene students, as they are now high schoolers at Paly. Many of his past students attribute their academic and emotional success to Mishali.

“Mr. Mishali was really down to earth and he knew how to communicate with his students and be honest with them,”  says junior Hailey Hwang, who was taught by Mr. Mishali in eighth grade.

His teaching style allows students to have fun while gaining knowledge by organizing interactive lectures and fun learning activities.

“He was really inspiring because I was able to learn and respect him as a teacher but also connect with him because he was able to have fun with us,” Hwang says.

Mr. Mishali served as a role model to many other students besides Hwang, who continue to look up to him to this day.

“I was doing really bad[ly] in middle school classes, and Mr. Mishali pulled me aside and talked to me about my grades and helped me succeed,” says David Evans, a junior and former student of Mr. Mishali. “He taught me that study habits are important and he was a good inspiration for me and that’s why I’m doing a lot better now.”

Many juniors and seniors from his eighth grade science class can still clearly remember many of the memories made in his classroom, from light-hearted pull-up contests to sitting through tearful precept lessons.

“At [Greene], once a month, I would do a lesson based on a quote … We would do some sort of activity and it would involve some sort of reflection about yourself,” he says.

Precept lessons ranged from fun activities, such as writing a letter to a friend, to more serious issues. 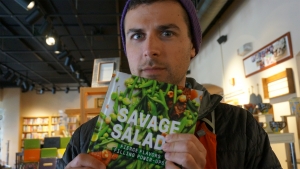 CHEMISTRY LESSONS After four years as an eighth grade science teacher, Michael Mishali reflects on the similarities between the topics he covered from his years as a middle school teacher and the lessons he teaches now. “All the kinds of teaching today I touched upon in middle school, but I just get to go more in depth,” Mishali says. Photo by Ayelet Gamliel

“I want the kids to be more in touch with their emotions, and also to make the class feel like a safe place,” Mishali says.

Though he is now at a different school, two years later, Mishali’s teaching style remains very similar. Riley Herron, a sophomore in his chemistry class, echoes the same sentiment as his former students.

“It’s really fun; he makes the lessons more upbeat and adds humor,” she says. “In his teaching, he includes the whole class.”

Similar to a student’s transition from middle to high school, a teacher’s role shifts as they are introduced to classes full of older pupils. Mishali emphasizes that teaching a high school chemistry course is very different from leading an eighth grade general science class.

“We go so much faster, and we go deeper. But … the content is similar. All the kinds of teaching today I touched upon in middle school, but I just get to go much deeper,” he says.

Just as the lessons are more concrete and in depth, students become more mature as they grow older, another difference Mishali has noticed in his new classroom environments.

Leaving the youthful behaviors of middle schoolers behind,  Mishali now sits at the front of one of Paly’s science rooms, answering questions from energetic and curious sophomores during tutorial. Although his time abroad was thrilling, he says he is excited to return to teaching. Seeing his old students again and creating bonds with new students was something he couldn’t do while traveling the world.

Honks for Yonks: Social Studies teacher outlines his plans for Europe in the 2019-2020 school year