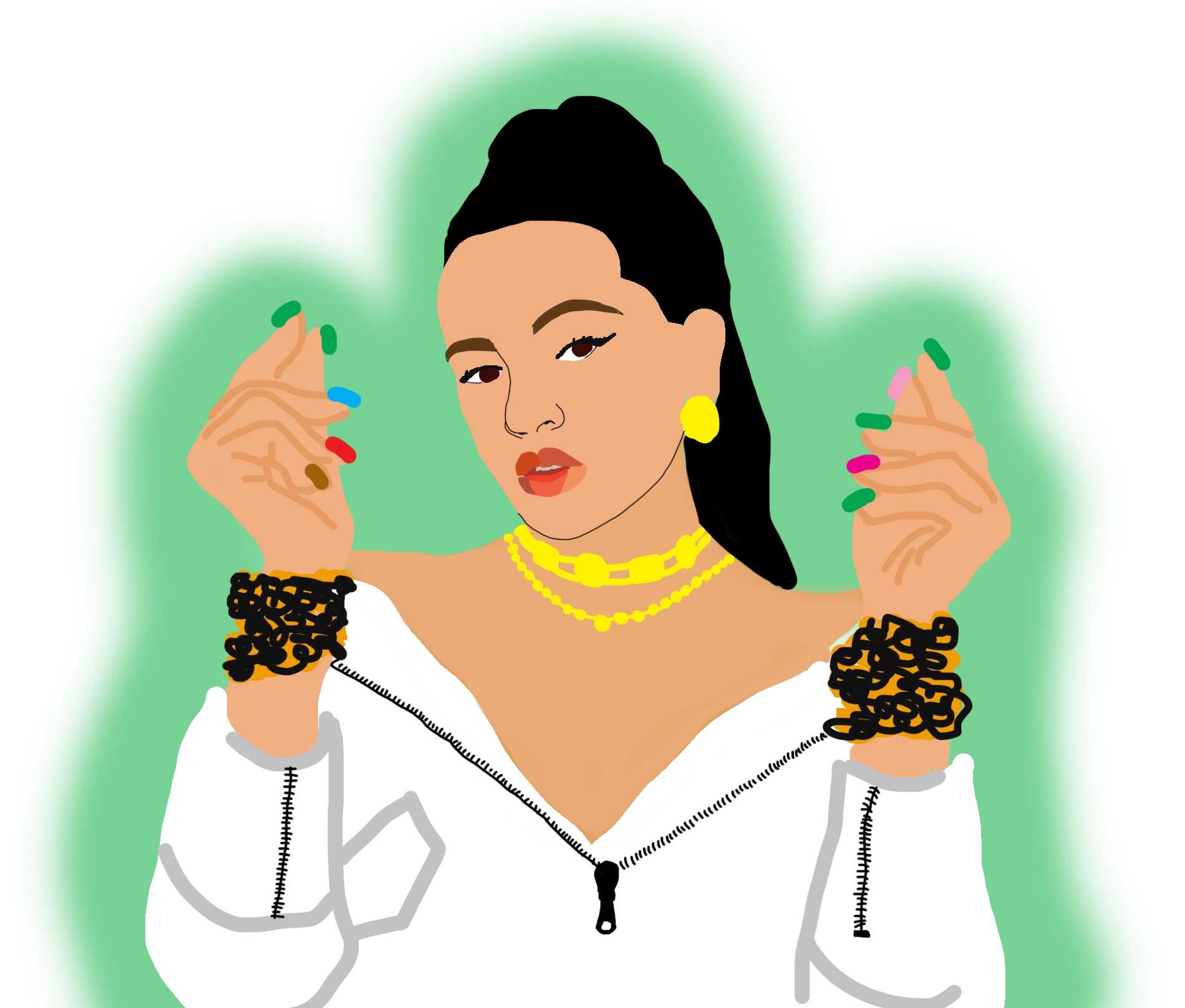 A rising pop star, Spain’s young Rosalía Vila Tobella has been topping charts all over the world. The singer, who goes mononymously by her first name, was first launched into stardom by her single “Malamente,” in May 2018.

Ever since I lived in Barcelona, I’ve loved Spanish-language music. I love the sound of the language, and the upbeat rhythms make for good dancing songs. I get most of my song recommendations from friends in Barcelona, and one day I was introduced to her music through her cousin’s family.

The Tobellas were the first people we met in Spain, and they were incredibly helpful in our adjusting to the new country.

Rosalía’s cousin, a family friend of mine, called me over one day while we were staying over at their house and pulled out his iPad, showed me Rosalía’s “Con Altura” music video and launched  into her life story.

Born in the little town of Sant Esteve Sesrovires, Catalonia, Spain, Rosalía has always been singing.

“Ever since she was a kid, she’s been singing around her house, sometimes at little festivals in the town,” Tobella said to me in Catalan. “She’s always been interested in music.”

Now having listened to Rosalía’s flamenco-pop mashup genre, I have a newfound appreciation for the traditional art form.

At the dinner table that night, a few family friends mentioned that they’d seen her the previous weekend at the supermarket, being followed by a camera crew.

At age 15, Rosalía dedicated herself solely to her passion, flamenco, studying it at the Escola Superior de Música de Catalunya (Catalan Superior School of Music).

At ESMUC, she produced “El mal querer,” her thesis project, for which she received the highest academic distinction in Spain, a Matrícula de Honor.

Combining the ever-traditional flamenco with the electric sounds of modern pop was a novel concept.

“I think Rosalía has created a pretty unique style,” her cousin said. “She’s made herself a place stemming off of this really classic style … I think her greatest hit is a ‘fusion of styles’.”

Before listening to her music, I didn’t really get flamenco. The strange unpredictable rhythm that was uncharacteristic of the other Spanish-language music I listened to threw me off, and the quavering vocals didn’t make any sense to me.

“I’d never liked traditional flamenco but this new twist that she puts on her songs I like a lot,” my friend Abel Tobella said.

I agree. Now having listened to Rosalía’s flamenco-pop mashup genre, I have a newfound appreciation for the traditional art form. The strange rhythms now make sense to me, and even though the lyrics are hard to understand, I now feel like I can recognize the emotions that they convey.

Paly Junior Hailey Hwang has also taken a liking to her music.

“I like Spanish music in general, because I like the way that the language flows,” she said. “I felt like her voice kind of enhanced that. And it sounded really nice and soothing and calming”

Rosalía’s single “Malamente” was what attracted attention from the greater public outside of Spanish-speaking countries. Celebrities such as Dua Lipa and Kris Jenner expressed their love for the song publicly, and with that exposure, her fanbase continued to grow.

At 26 years old, Rosalía has already gained a substantial fan base all while continuing to grow as an artist. She has recently crossed language barriers by singing in English on the song “Barefoot in the park” with James Blake and she has released a few songs in her native Catalan such as “Milionària.”

Having now topped the charts in several Spanish-speaking countries around the world, Rosalía’s music is quickly spreading to the rest of the world. Her experimentation can be an inspiration for other rising singers not only in pop but also in flamenco.