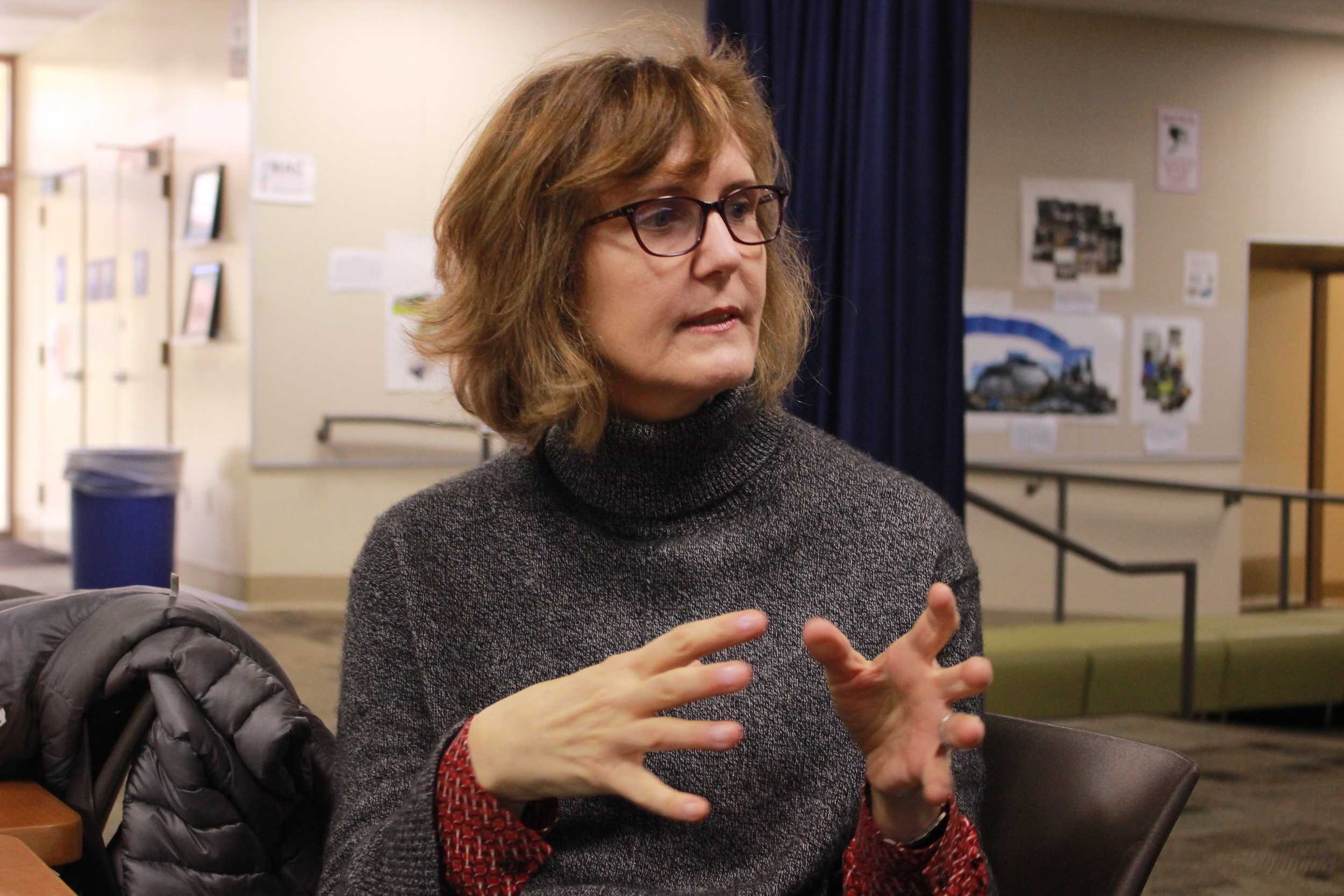 Two Palo Alto High School employees are to leave the school at the end of this school year, Palo Alto Unified School District Board of Education documents reveal.

Kellerman has been a librarian at Paly for the past 11 years and occupied various other positions within the district for the past 27 years. She played a significant role in the most recent renovation of the Paly library. Although this has been Kellerman’s third renovation, it has also been the one one that has taken the most time and energy.

“We visited a lot of libraries, we’ve talked to a lot of students and to try and make it work in the space we had,” she said. “We fought for really good furniture and we fought for all that square footage that we had and we’re still fighting cause we still don’t have heat and hot water. I’m just hoping that kids will continue to enjoy this [library] when you use it, so that’s a really nice legacy.”

According to Kellerman, Librarian Sima Thomas will take over full time as librarian.

“You’ll still see me around, but I’m thrilled that Ms. Thomas is going to be taking over. We’ve worked as … (a) job share for a few years and she went to Paly,” Kellerman said. “I really think that … it’s going to be a really easy fit for her, for the school.”

Despite no longer being a district employee, Kellerman intends to continue supporting the Paly Journalism Archives as a volunteer. She and her husband, who recently retired, also plan to travel and volunteer locally.

“It  [the journalism archive] is a never-ending project,” she said. “We’ll have to raise some more money because this was only the first step. I’m also very passionate about voting. I want to work with the League of women voters and help with that.”

As a parting message, Kellerman said she hopes students continue to read and to be responsible consumers of media.

“I think at two pieces of advice for students and the one is … to reclaim their inner life, and one way to do that is through reading,” she said. “If we don’t read, we don’t build empathy for others. We can’t travel and broaden our horizons. …. No. 2 is to be really, really, really smart consumers of information and don’t fall for hoaxes and don’t fall for conspiracy theories really as being in the news. …. Be part of that truth telling in fact finding, and just don’t give into hoaxes and social media that is meant to actually harm you. Just read and be good consumers of information.” 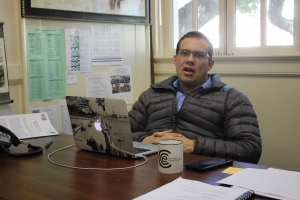 INTO THE FUTURE Christiansen discussed his resignation and future life plans. He said he will be moving to Southern California to start his family. “I am relocating with my family to southern California where we can settle down and start our family down there,” he said. Photo by Alex Feng

Christiansen said that he plans on working at Paly through July, after which he will relocate to Southern California to “settle down and start our [his] family” and work as an assistant principal at a high school in Southern California.

“I am not going anywhere anytime soon,” he wrote in an email. “I will work at Paly until July. I wanted to give our admin team enough notice to find another good candidate to replace me for the 2019-20 school year.”

Before taking the job as Paly assistant principal, Christiansen worked as a counselor at Henry M. Gunn High School for one year, before transfering to Paly. He says that his departure from Paly will be bittersweet, as he has formed so many positive memories at the school.

“I have absolutely loved my time here at Paly!” he wrote. “Paly is a very special place, full of great educators and amazing students. There are so many fond memories of Paly! I would have to say that Spirit week is my favorite. The most demanding and highest pressure, but also the most fun!”

Retrospectively, Christiansen said his successes as an administrator were due to out-of-the-box solutions, including a forward-thinking solution that has significantly improved student attendance since last year.

“I think one of my keys to success as an administrator at Paly has been to look at existing problems in innovative ways and find creative, win-win solutions,” he wrote. “I try to always look for the positive in things and to connect with each student I encounter in an honest and down-to-earth way … I also helped create a new discipline and attendance programs on campus, which has increased attendance significantly since last year.”