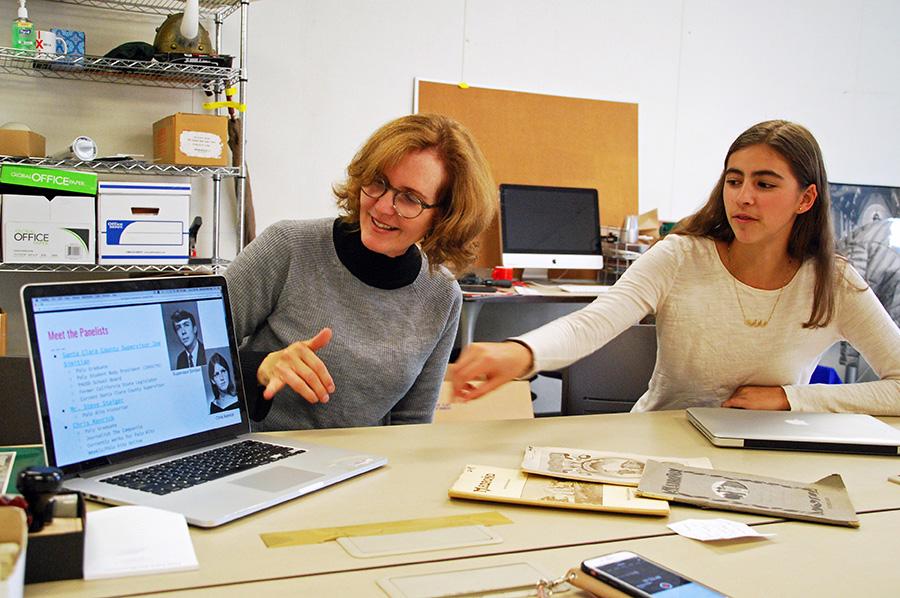 To mark the official opening of the Paly Journalism archives, Palo Alto High School will host a free speech panel during Flex on Tuesday, Nov. 28, in the Performing Arts Center.

The topic of discussion, student expression and activism, is closely tied to the unveiling of the archives, which illustrate the evolution of Paly student journalism since 1895.

Kadifa says she hopes students will “learn a little bit more about people who were here at the time.”

In her archiving work, Kadifa discovered a rich history of student speech within old issues of the Madrono — which once served as “all our [Paly] publications rolled… into one,” according to Kellerman — and The Campanile, which later took over as the school newspaper.

From The Campanile’s foundation by a female journalist, Dorothy Nichols, in 1918 — when women’s leadership in journalism was rare — to the alternative papers started by student journalists in the 1960s and 70s, Kellerman said, “Paly always had a progressive outlook.” She hopes that students who attend the panel and read through the archives will “challenge [the] present day — is [the student press] still as progressive as it was?”

Both Kellerman and Kadifa agree that the objective of the free speech panel is to demonstrate the power of student voices.

“People like Joe Simitian were important,” Kadifa said. “I want people to know that students do have a voice; we’re not limited because of our age.”

“We want [the panel] to be energizing,” Kellerman agrees. “This is not just about the past.”