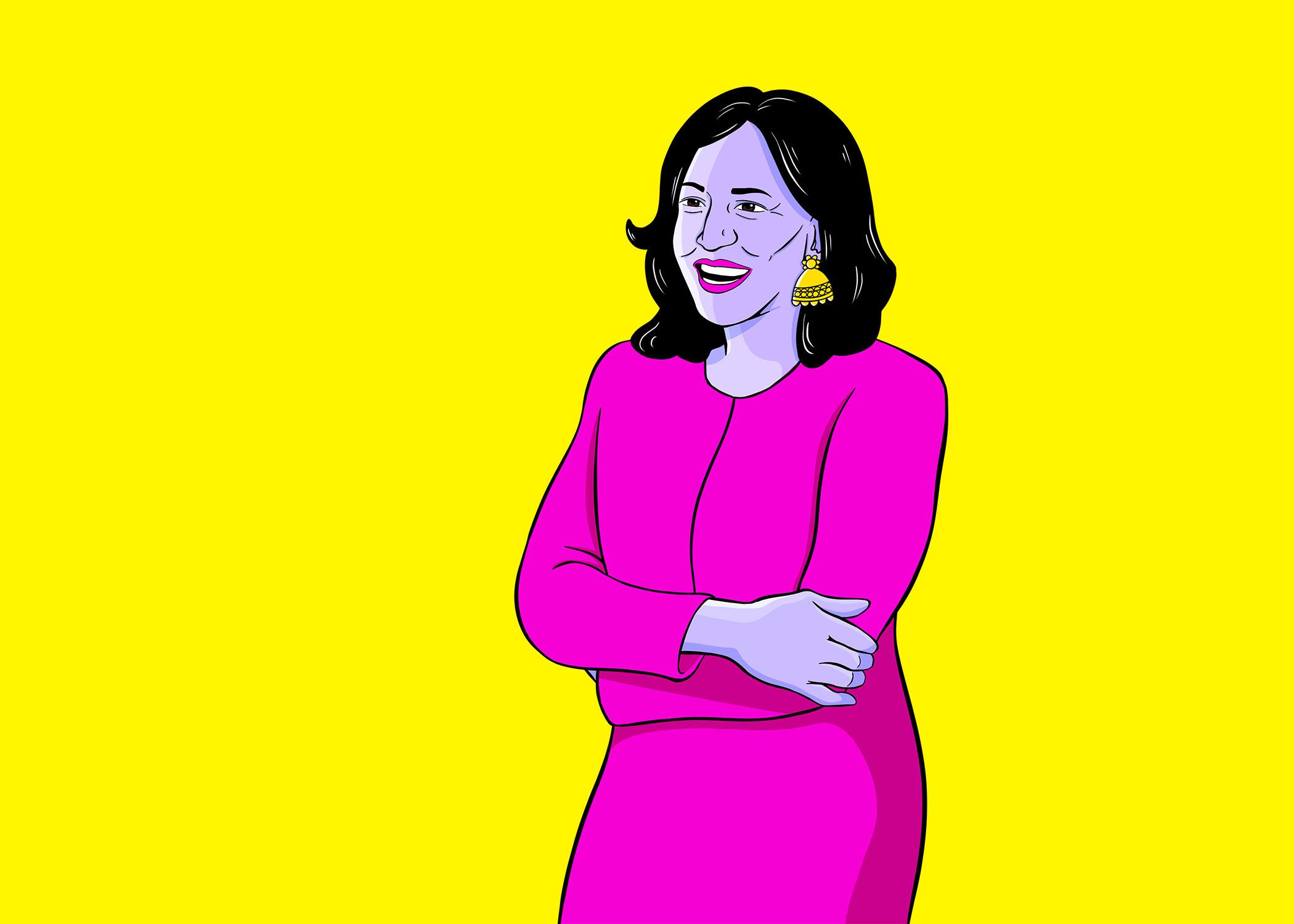 In a small Indian town, just hours before the first ballots are counted in the 2020 U.S. presidential election, a shirtless priest carries a plate filled with lighted candles to a temple altar. The video from NBC News shows the people of Thulasendrapuram, Tamil Nadu, India, gathered in a local shrine, surrounded by clamoring brass bells and fresh flowers, anxiously praying for the success of vice-presidential nominee Kamala Harris. Over 8,000 miles from Washington D.C., the echoes of Harris’ historic nomination — and now victory — can be heard loud and clear.

Harris’ historic career has struck a chord, particularly with the South Asian community, and her nomination and election as vice president have inspired Desis — those of South Asian descent — across America and around the world.

South Asians at the polls

“It’s really exciting to people,” former Palo Alto City Council candidate Ajit Varma said. “I know a lot of people in the South Asian community that have been more involved in politics than I’ve ever seen before.”

“My mother instilled in my sister Maya and me the values that would chart the course of our lives.”

According to the Los Angeles Times, Indian Americans alone donated over $1.2 million to the Biden campaign during the 20 days after he announced Harris as his running mate. In contrast, Indian Americans raised $3 million for all of the Democratic candidates combined during the entirety of the primary races.

On the campaign trail, Harris emphasized her Indian upbringing and how her Indian mother played a profound role in shaping her values and beliefs.

“My mother instilled in my sister Maya and me the values that would chart the course of our lives,” Harris said as she accepted the nomination for vice president in August.

In addition to her South Asian roots, Harris’ policies align with many of the values held by South Asians, especially in the Bay Area, further boosting her popularity among the community.

“I think a lot of her social policies align very well in terms of equality and representation,” Varma said.

Junior Anaya Bhatt discusses how while Harris may be flawed as a politician, her election as vice president symbolized progress for people of color.

While many South Asians have liberal views, a strong conservative Desi minority flourishes in America.

The vice president-elect’s stances on Indian politics have earned her harsh criticism within this community. Her objections to Indian anti-Muslim policies like the 2019 Citizenship Amendment Act have led some Hindu Americans to go as far as to label her as “anti-India” and a supporter of an “anti-Hindu brigade.”

The vice-president has highlighted her identity as a Black woman throughout her campaigns for both president and vice-president, leading some to feel as though Harris overemphasizes her Black roots while forgetting about her Indian ones.

“It just adds on that she’s mixed-race because she has a different perspective than us,” Bharat said. “I think that is really important to celebrate.”

Junior Rohini Bharat reflects on the novelty of having a woman of color on the ballot.

An inspiration to many

Despite objections to Harris in some niches of the South Asian community, seeing the vice president-elect embrace and emphasize her background has excited and inspired many young South Asian Americans.

Varma mentioned how seeing an Indian American at the forefront of politics, a very white-dominated field, is an important step towards diversity.

“There are very few South Asians represented in politics … so I think that it [the vice presidency] is really good,” Varma said.

“There is always hope. If she [Harris] can do it, our grandkids can do it too.”

Bharat also noted her excitement at seeing a vice president with similar values to herself.

“It’s really inspiring … to see someone with a similar upbringing or similar perspective in that position,” Bharat said.

Junior Anaya Bhatt described how seeing a South Asian woman at the political forefront has shown her that the possibility of being a politician in the future is very real.

“I would be interested in one day maybe running for office,” Bhatt said. “It was nice to see someone actually somewhat aligned with what I believe in. … I think she definitely is very inspiring in that sense.”

Palo Alto resident Sharmin Maharaj also felt the same, and discussed how she hopes future generations will have role models like Harris to follow.

“There is always hope,” Maharaj said. “If she [Harris] can do it, our grandkids can do it too.”

Founded in 2018 by four South Asian Bay Area residents, They See Blue is a grassroots organization aiming to mobilize South Asian voters for Democratic candidates. The founders, motivated by the election of Donald Trump and noticing the disengagement of many of their fellow South Asians from politics created the organization in an effort to combat both of these issues.

“We talk about ourselves as accidental activists,” co-founder Rajiv Bhateja said.

Since 2018, the organization has grown to over 4,000 members and led many successful campaigns and fundraisers.

In 2018, the organization directed its efforts toward three House seats in the Central Valley in an effort to flip them from Republican to Democrat. Due in part to the mobilization of South Asian voters by They See Blue, two of the three Democratic campaigns were successful and the third, while unsuccessful in flipping the seat, saw the margin between candidates narrow by 30 percentage points.

In 2020, They See Blue focused on the re-election campaigns of both of the candidates they helped elect to the House in 2018, as well as supporting Joe Biden in the presidential race. The organization also spent time campaigning in Georgia in November to raise support for Democrats John Ossof and Raphael Warnock in the runoff election, in an attempt to flip the Senate.

An oasis of culture: Inside the community of Indian culture

A century of women voting: 100th anniversary of the 19th amendment