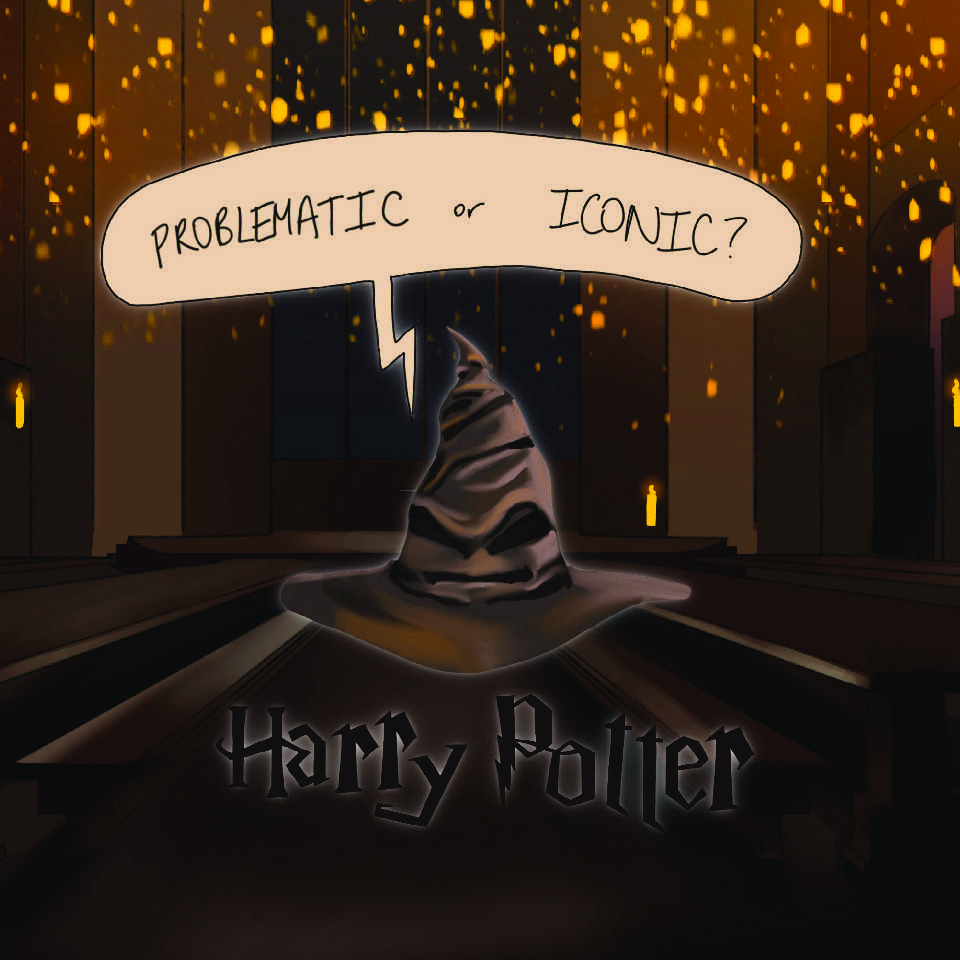 Eagerly opening her computer on New Year’s Day, junior Adelaide McCarter settled in for the moment she had been waiting weeks for — watching the newly released “Harry Potter” reunion special. As “Harry’s Wondrous World” played over a panning shot of Hogwarts in the opening minutes, a wave of nostalgia washed over McCarter as she remembered curling up in bed reading the original “Harry Potter” novels and staying up late watching the iconic movies with her friends.

Chronicling the adventures of a young wizard, the “Harry Potter” book and movie franchise has become an integral part of Generation Z and millennial childhoods since the first book was published in 1997, having sold 500 million copies worldwide and being translated into 80 different languages. The cinematic adaptations of the books have been just as popular, bringing in over $8.5 billion at the box office worldwide. After 20 years, many die-hard Harry Potter fanatics have retained their obsession with the series and its characters. However, recent controversy surrounding author J.K. Rowling has led others to reflect more critically on the series and its creation.

The “Harry Potter” movie franchise was an instant success, and to celebrate two decades since the first “Harry Potter” movie hit the screens, a special 20th-anniversary reunion was released on HBO Max on Jan. 1. Fans all over the globe eagerly awaited the release of the reunion and for a chance to relive the magic of the movies with its creators.

“Harry Potter 20th Anniversary: Return to Hogwarts” is nearly two hours long, featuring most of the main cast and movie executives. The special includes behind-the-scenes moments, commentary on artistic choices during the creation of the films and insight on what the young actors and actresses were experiencing during a time of growing pressure in the public eye.

“It made me really happy to hear that they [the young actors] were able to have fun on set as children because that unfortunately isn’t true in all productions, and it makes me happy that the directors, producers and older actors went out of their way to make sure the children on set were having fun,” McCarter said.

The young actors and actresses are what brought the series to life, but these children were forced to grow up in the limelight –– a lifestyle that placed a lot of pressure on them at a young age.

“It made me really happy to hear that they [the young actors] were able to have fun on set as children because that unfortunately isn’t true in all productions,”

In the reunion, Emma Watson, the actress who played Hermione Granger, recounted how at one point she felt so isolated that she considered not returning to the franchise.

Hearing about the struggles many young actors had to deal with was eye-opening for some viewers.

“It was very interesting to hear her [Watson] talk about the pressure she faced basically growing up in front of the cameras,” McCarter said. “I guess I had never really thought about what having so many people watching you come of age would be like and it honestly sounds like it would’ve been really hard.”

Watson ultimately chose to stay and finish out the remaining films.

“No one had to convince me to see it through,” Watson said. “The fans genuinely wanted you to succeed and we all genuinely have each other’s backs. How great is that?”

One notable figure missing from the reunion was author  J.K. Rowling. Instead of being physically included, clips from a 2019 interview were inserted sparsely. While the reason why Rowling was not included in the reunion was not specifically stated, it has been widely speculated that she was omitted due to her recent transphobic statements.

“I thought it was the right decision to only include clips of J.K. Rowling … I know the majority of the “Harry Potter” fanbase hates J.K. Rowling,” senior Natalie Chueh said. “It’s clear the franchise wants to distance themselves from her.”

“I feel like ‘Harry Potter’ was supposed to create a universe with the message that it’s OK to be different … and JKR statements have ruined this for me,”

In June of 2020, Rowling wrote a tweet mocking a news headline that included the phrase “people who menstruate” instead of “women,” which Rowling made clear she disapproved of. Fans immediately responded by pointing out the insensitivity of her comment, but a few days later Rowling defended her actions in an extensive blog post, further offending millions of fans worldwide. This was not the first or last time Rowling demonstrated transphobia, but it was the first time she received widespread attention and scrutiny for it.

“I have seen on social media that people in the LGBTQ+ community … specifically transgender people have talked about how they feel really betrayed by J.K. Rowling for having these opinions,” junior Erin Brady said.

Rowling’s transphobic comments are not the only issues fans have with the series — fans have cited a general lack of diversity in characters and even harmful stereotypes.

“This [the lack of character diversity] definitely can negatively affect the readers looking for representation of themselves in books and movies,” Chueh said.

With issues coming to light about the series and its author, the question that remains for some fans is whether they can continue to enjoy “Harry Potter” without supporting Rowling and her ideas. For some, the harmful comments have made it nearly impossible to enjoy the series.

“I feel like ‘Harry Potter’ was supposed to create a universe with the message that it’s OK to be different … and JKR statements have ruined this for me,” McCarter said. “It kills the sense of magic this series aims to create for children. This is heartbreaking because the children and people JKR has excluded through her insensitive comments and actions are arguably the people who need it most. That fact makes me very sad and it is hard for me to look past that.”

“I think that this franchise has brought so much joy to people that I think it would be a really big ask of them not to engage with it at all just because of the author,”

However, many fans don’t want Rowling to take away from any happiness and comfort the series brought them, and are finding ways to participate in the fanbase without directly supporting Rowling.

“I think that this franchise has brought so much joy to people that I think it would be a really big ask of them not to engage with it at all just because of the author,” Brady said. “They’re continuing to enjoy the franchise but are taking precautions to buy the books secondhand, or try to buy merchandise that isn’t directly from her [Rowling], just do everything they can.”