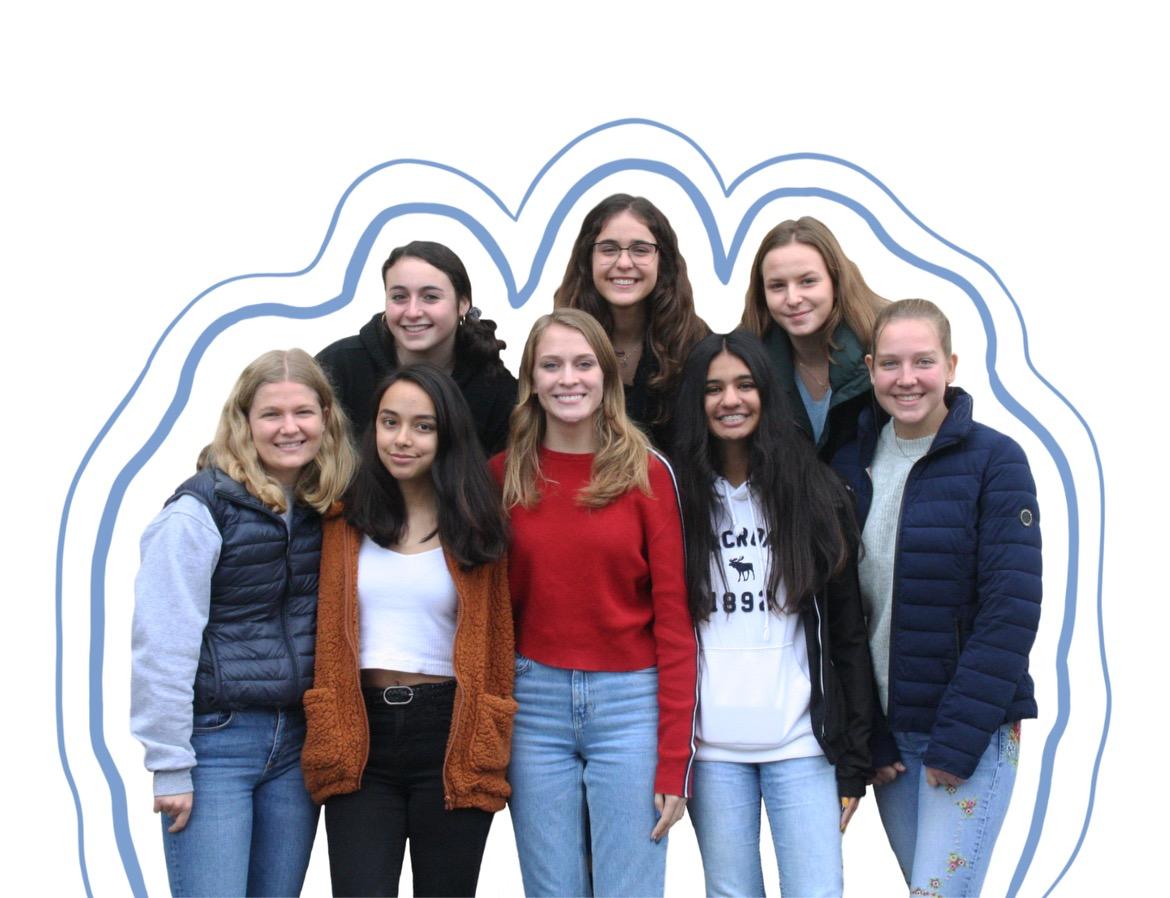 STAYING GROUNDED — Paly Middle Ground Club officers and members pose for their 2019 yearbook photo. The club works to engage students in healthy conversations on controversial topics. “You don’t want to be far away from people [that you disagree with],” Club President Giulia Santos said. “You have to be really strategic by talking to them. Blocking them and cutting them off — it’s not the way.” Photo: Emma Wu

“It was just really sad seeing how much people were dividing themselves and blocking people on social media,” senior Giulia Santos said. “I don’t think that’s how we convince people that they’re wrong — it’s not by fighting.”

Replicating this model on a smaller scale, Middle Ground Club meets every Thursday in two-week cycles. The first week, club leaders select a topic and members split up to research arguments; the next week, club members organize their research onto slides and present them to the rest of the club.

Unlike many debate groups, the core value of Middle Ground Club is to listen, share, discuss and find similarities between conflicting opinions rather than to prove each other wrong.

While the Jubilee series served as inspiration for the club, Santos says that being able to politely disagree with someone has been difficult growing up. This struggle of confrontation and discussion stems from her father’s highly conservative views, which often conflict with her own moderate and left-leaning views.

“Opening myself up to other people was a great opportunity to learn that we might agree with people that we think we disagree with on some points.”

“I think a lot of the girls [in the club] have had the same experience of having people at your house that you don’t agree with,” Santos said. “And it’s hard, at first, to have some conversations.”

However, after engaging in civil discourse, Santos says she has a better understanding of her father’s approach, and discourages others from cutting off people they initially clash with.

“I ended up finding way more middle ground between our conversations than I thought I would,” she said. “Opening myself up to other people was a great opportunity to learn that we might agree with people that we think we disagree with on some points.”

Senior and club member Stella Essenmacher has found that, unlike other Paly clubs who rely on in-person activities to function to their full extent, Middle Ground Club has actually become a more open and accepting community over Zoom.

“You feel like these are just people you want to learn from and you’re not as worried as [when] you’re actually with them all the time … having everybody there facing each other,” Essenmacher said. “It’s definitely encouraged me a lot to pipe up and talk about what I want to talk about.”

Though Essenmacher initially joined because her friends were active members, she says the research and debate sessions have made her more politically aware and motivated to participate.

“It has exposed me to a lot of debates that I didn’t necessarily think about before or really think to care about,” Essenmacher said. “I remember last year, we were talking about women’s pay. Obviously, you learn ‘women’s rights are different,’ but actually having a debate where people were giving evidence and giving stories or anecdotes about different women’s pays … I just didn’t know that it was that severe.”

In a year of particularly divisive disagreement nationwide, especially in conjunction with the contentious election, there has been increased awareness around having healthy discussions between people holding differing beliefs. Entering 2021, the Middle Ground Club hopes to increase diversity of viewpoint, race, gender identity and more in their membership.

“I think it would be fun to see people who do not live in the same skin talking about their experiences and how being who they are shaped their ideas and values,” Santos said.

The place for debate: It is time to argue in the classroom