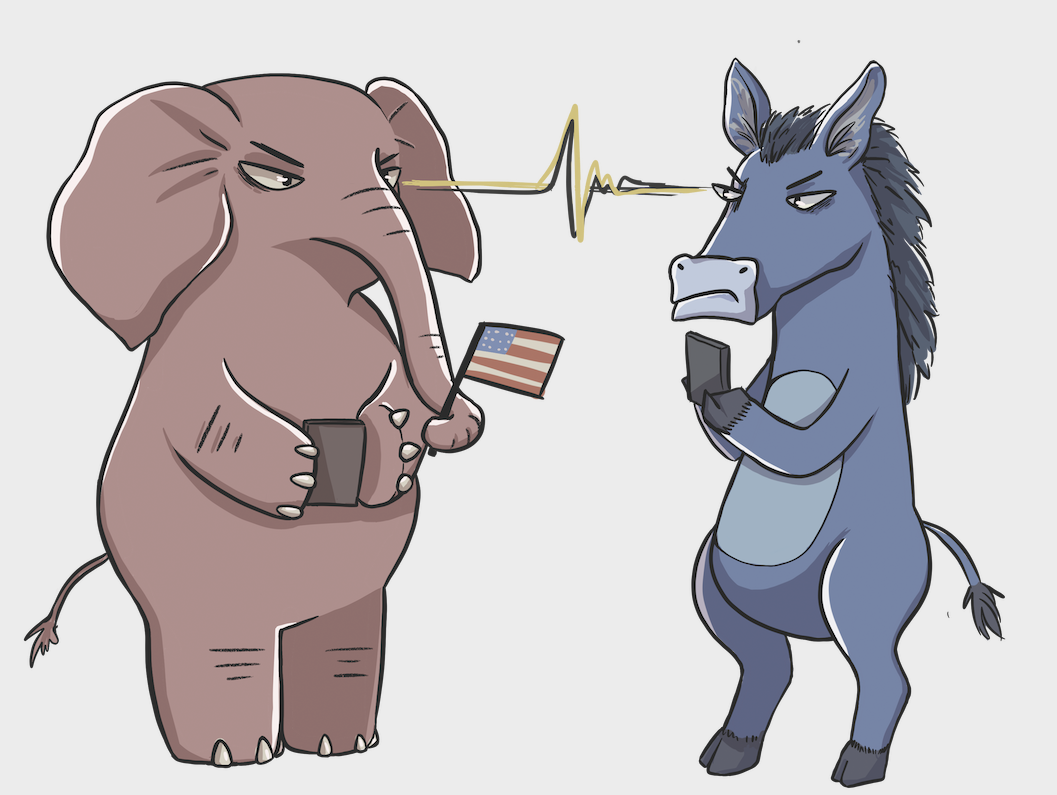 America was founded on the principle of freedom. However, in a political echo chamber like Palo Alto, our freedom of speech is under attack.

Students are ridiculed for having controversial opinions, especially conservative ones, and a large proponent of this mockery comes through social media.

As students, we should strive to create a safe environment where people are able to express themselves, no matter how controversial their opinions may be.

Senior Jackson Druker, one of the most outspoken conservatives at Palo Alto High School, has posted online multiple times about his views, which he says has led to him being targeted by others.

“Social media definitely gives me an outlet to voice what is important to me, but it doesn’t go anywhere, and is always met with more backlash and name calling than support or critical thinking,” Druker said.

A lot of students repost to spread awareness for issues they deem harmful to our country, but the issue remains that politics are extremely subjective. With subjectivity comes conflict, and social media can elevate that conflict through an unhealthy outlet that attacks others with opposing opinions.

Social media amplifies the mindset of attacking the opposition without thinking about the consequences: this stems from the ability to remain almost anonymous. It’s easy to be insensitive, indifferent and aggressive when you’re hiding behind a screen.

Carlos Diaz, Paly class of 2019 and junior Zoe McCrea, a self-described moderate and liberal, respectively, have faced major backlash over controversial posts they made about abortion laws.

While Diaz was ostracized for holding a conservative view, McCrea, despite being pro-choice and appealing to a left-leaning Palo Alto, was still confronted and accused of “supporting the murder of children.”

Many of the students who participate in cancel-culture, a way of pushing out members of a community who have opposing opinions, believe that their actions are justified because they view some opinions online as racist or sexist.

Druker, who has received lots of criticism for his views on feminism and immigration, knows first-hand what it’s like to be portrayed as the prejudice villain when most of his policies are not very far right.

“Some of it [criticism] is definitely justified: calling out someone who is legitimately racist isn’t a bad thing to do, but making uniform accusations is always silly” Druker said.

It’s important to focus on making the distinction between something that is prejudiced versus some thing that is an opinion based on policy. More often than not, students  don’t deserve the judgement they’re getting.

The goal should be thoughtful and respectful conversation, not bashing people’s beliefs. The best way to accomplish this goal is for students across the political spectrum to change their mindset about where to debate and to have an open mind to new ideas.