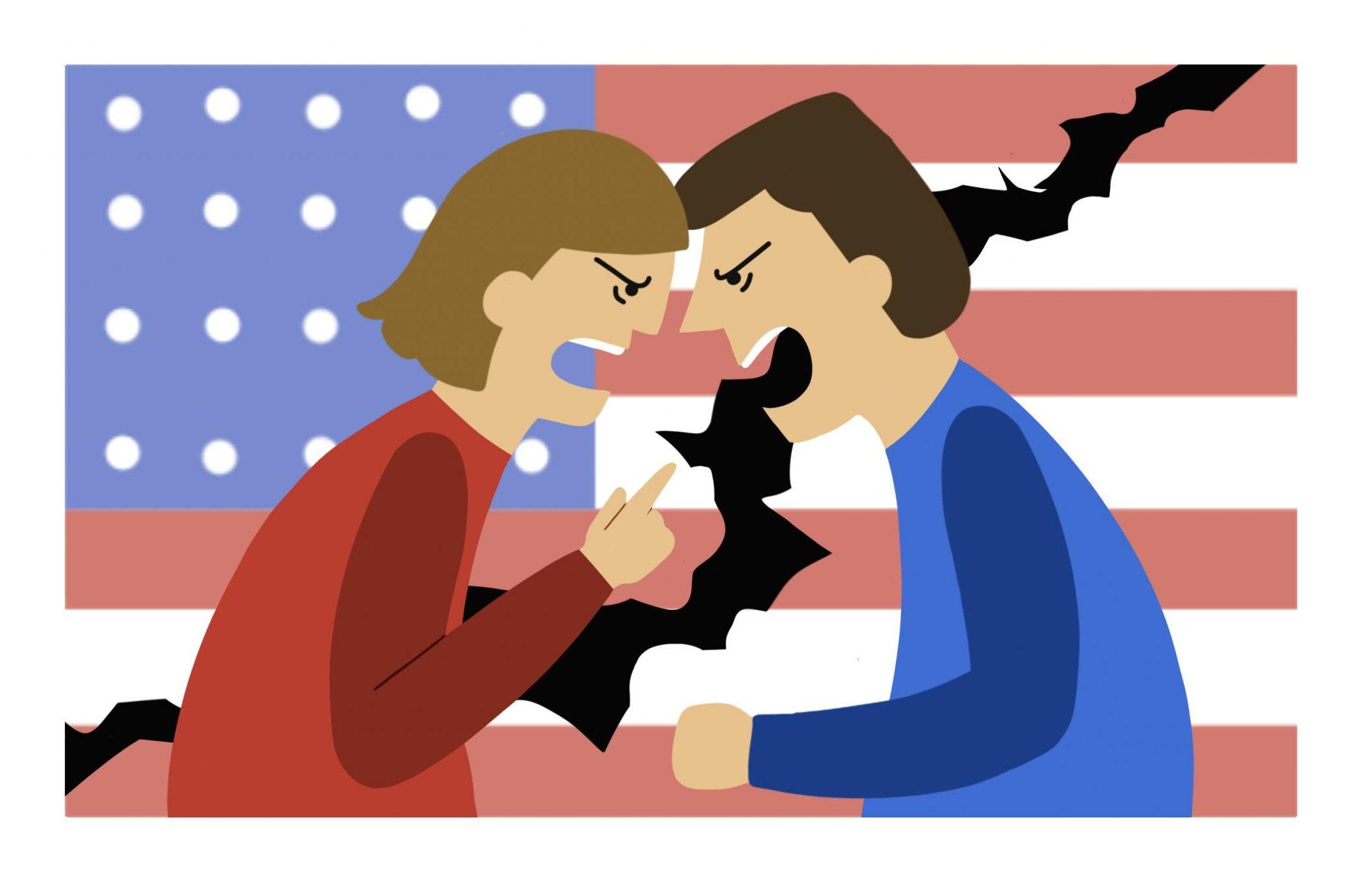 Family divisions: Students cope with political barriers among loved ones

Anxiously hunched over her computer screen, junior Vienna Liu watches the messages pile up, each one angrier than the last. Sparked by this year’s Black Lives Matter protests and social media explosion, her siblings and grandparents were involved in a heated email chain about racial injustice.

Liu is one of many Palo Alto High School students experiencing political divisions within her extended family. Stories like this are common in this time of extreme political polarization across the country and students report the tolls these divisions can take on their mental health and relationships.

As the country becomes increasingly divided, the current political climate has exacerbated the tension among families with different political views.

“I think what leads to a lot of problems and a lot of conflict, you know, friendships being torn to pieces, family relations being severed, is this feeling that people have that ‘my way is the right way,’” said Geoff Cohen, a professor of psychology at Stanford University.

Junior Danielle Pilpoul stresses the importance of maintaining healthy family relationships and respecting other viewpoints, but it can be challenging to stay true to one’s own opinions while preventing heated arguments.

“I have three younger brothers who are still learning more about the world … which can often mean that they are uneducated or have some very immature views,” Pilpoul said. “What’s important for me is to find the balance between explaining my beliefs clearly, while also trying to keep an open mind and trying to respect other people’s opinions.” Click the map to create your own at 270toWin.com

Palo Alto’s overwhelming demographic of liberal voters contributes to a widespread circulation of democratic ideas and ideals across the Bay Area. However, when many community members share similar beliefs on a wide range of issues, people who disagree with popular views can often feel ostracized.

“It’s important for us to listen to all points of view and not to shut them down just because what we’re used to is a very liberal point of view,” senior Sasha Lehrer said. “A lot of people feel like they can’t speak up or say what they believe because it’s frowned upon to not have the same beliefs as the majority.”

“It’s not just so much whether you disagree, it’s how you make sense of the disagreement.”

Oftentimes, when students have views that contradict their families’, the ensuing division can negatively impact students’ mental health and well-being.

“When you’re not on the same page as people you care about, it’s just really hard,” Lehrer said. “Especially when you feel like there’s nothing you can do, it can feel isolating and like you don’t have any control.”

Lehrer discusses the ongoing internal conflict between preserving strong relationships with loved ones and advocating for her own beliefs.

“There’s a really big dilemma, because [if] you choose not to talk about it, it maintains your relationship in a stronger way,” Lehrer said. “But you’re missing out on a really big part of everyone’s life.”

Although some families have clearly experienced tension as a result of political divisions, heated arguments and damaged relationships are avoidable when discussing differing viewpoints.

“It’s not just so much whether you disagree, it’s how you make sense of the disagreement,” Cohen said. “And it’s also how you talk about it that really matters.”

Cohen emphasizes that disagreements do not cause heated conflict on their own. Rather, the way opinions are communicated and how they cause people to perceive others is the more significant factor.

“A lot hinges on the meaning that we give to disagreement, and why do we think this other person feels this way,” Cohen said. “If we can steer our attribution for disagreement towards more charitable causes, like maybe this person has a point, or maybe this person just simply doesn’t see the situation as I see it, that can prevent a downward spiral.”

Even though political conflict over the upcoming holidays may seem unavoidable in these times of polarization, examining our own biases and engaging in more respectful communication can create healthier conversations and mold a world of better understanding.

Down the middle: The dying breed of moderate politicians