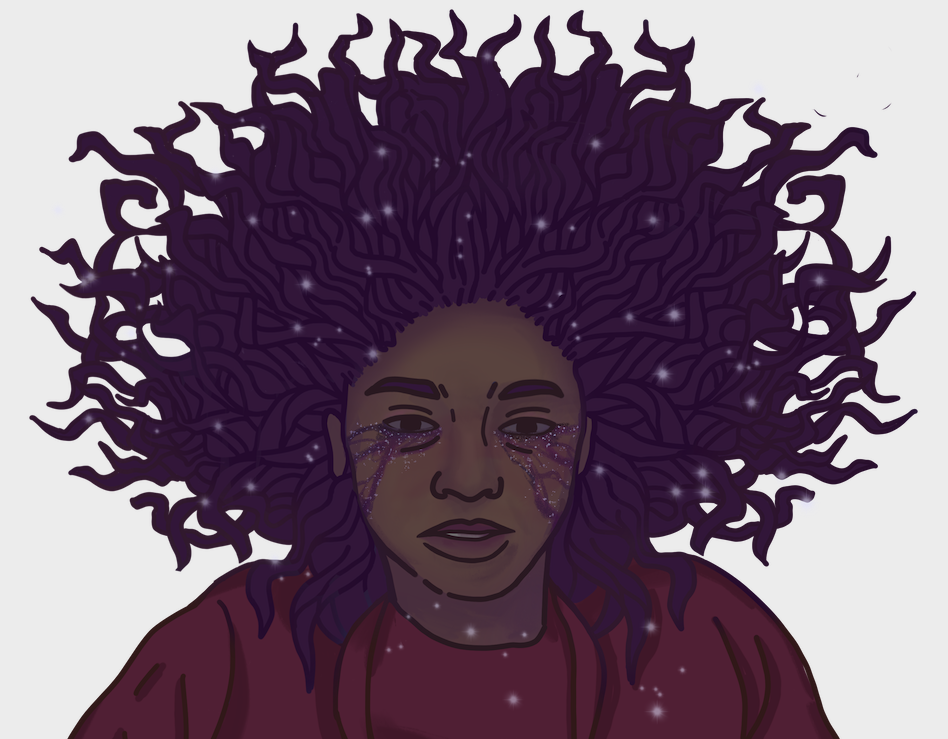 “The following contains violence, nudity and sexual content that may be disturbing to viewers. Viewer discretion is advised.” This stark message greets viewers as they begin to watch an episode of HBO’s “Euphoria”. The message is foreboding, but necessary, as each of the following 45-minute episodes unpack themes that are controversial and shocking. Accentuated by sparkly makeup and shrouded in electronic cigarette smoke, the show follows teens in a Los Angeles suburb exploring their personal character arcs as well as the chaos that ensues when they tangle together.

By holding up a mirror to the thornier aspects of youth culture, “Euphoria” creates a space that removes the stigma commonly attached to the topics covered. From drug abuse to exploring personal gender and sexual identity, to minors using technology to share and subsequently be threatened with their own intimate photos, “Euphoria”  brings awareness to a plethora of modern teenage trials and tribulations.

First aired in the beginning of the summer, “Euphoria” has garnered widespread attention from the very audience that it portrays: high schoolers. Themes and storylines that occur in “Euphoria,” such as addiction and struggles with mental health, were pulled from creator Sam Levinson’s own experiences as a teen. Those experiences assisted him in writing a believable depiction of the struggles that the main character Rue Bennet, played by Zendaya, goes through.

A high school junior, Rue uses drugs as a way to cope with her obsessive compulsive disorder, anxiety and bipolar disorder. As she goes through rehab and then relapses, “Euphoria” slowly explains Rue’s backstory and explores her struggles with mental illness.

Viewers can connect with and understand people who go through similar dark times in real life. The same goes for nearly all of the show’s characters — each person is complex and three dimensional, with each action clearly driven by their individual experiences.

“Sobriety has a way of allowing a person to begin to realize that the things that you do have consequences for the people that love you,” Levinson said in an interview on HBO.

At the beginning of each episode, a specific piece of an individual’s backstory is revealed. Each of the eight episodes show the main plot from each of the characters’ points of view. The nonlinear way each episode is filmed can cause temporary viewer confusion, but contribute heavily to the unique and breathtaking cinematography that has become the show’s signature style.

Over the course of the show, Rue’s relationship with Jules Vaughn, played by Hunter Schafer, is what inspires her to try her best to stay clean. Jules is a girl who recently moved to town, and she uses technology to participate in “hook-up culture.” However, things end up going awry and she has to deal with the threat of personal pictures being leaked.

The “Euphoria” script was also inclusive in terms of transgender character representation. This version of queer storytelling differs from the typical coming-out story arc to one where trans characters’ gender is not their only personality trait. The actress who plays Jules is trans, and the way Jules is written was refreshing to her.

“It was really cool to witness a young trans girl realizing that she does not have to be attached to this certain route of receiving affirmation,” Schafer said during an interview with MTV News. “Jules’ arc is also something that I haven’t really seen on TV before in the way that we’ve done it on ‘Euphoria.’”

After watching “Euphoria,” Paly students have varying opinions on the show and its accuracy to teenage life.

“There are parties and stuff but I don’t think a lot of people do hard drugs. I’m not sure about the online dating part — the people I’m friends with don’t really do that,” senior Sam Pao said.

Other students think that while certain activities portrayed in “Euphoria” do sometimes happen, they are overly dramatized for entertainment purposes.

“I feel like it did portray underlying ideas in high school life, but lots of aspects are also very exaggerated.”

Paly junior Helena Krstic says she felt as though the show walks the line between reality and fabrication.

“I feel like it did portray underlying ideas in high school life, but lots of aspects are also very exaggerated,” Krstic said.

While the show might not be extremely accurate when it comes to showcasing day-to-day high school life, “Euphoria” does help to dismantle the stigma around mental health and addiction by walking the audience through some of the less discussed aspects of mental illnesses.

“It [‘Euphoria’] doesn’t shame people going through things,” Jeon said. “Often, shows will either show drugs as a cool thing or something for aesthetics.”

While sometimes dramatized or blown out of proportion, the fact that a show like this exists provides solidarity for teens struggling through similar things today.

“I think it [“Euphoria”] does more good than harm because it can give a wake up call to people so they can be aware, because stuff like that is actually happening in the real world and they don’t have to go through these things,” Krstic said. “Also, it’s good because if you are going through these things because you can see that you’re not alone.”