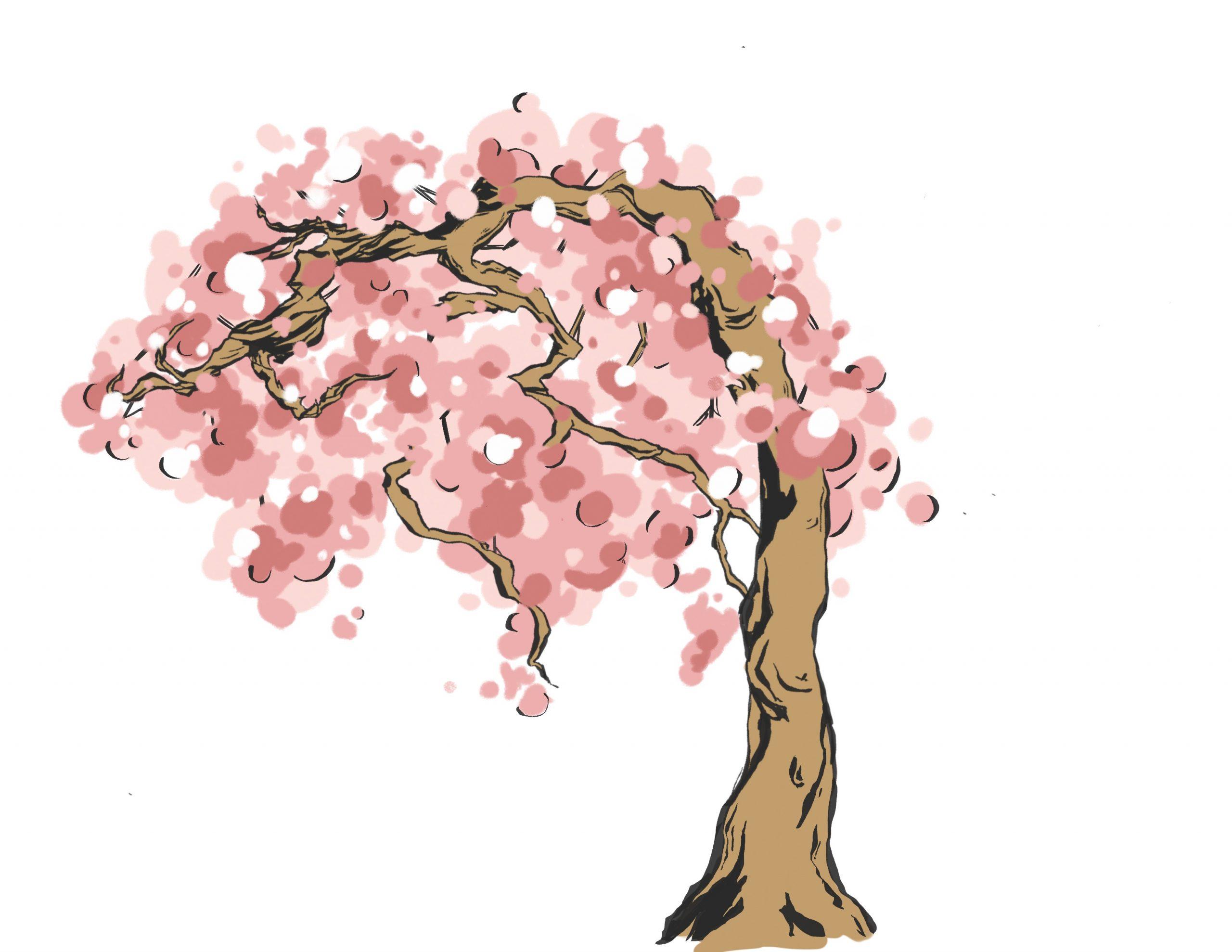 In middle school, when my mood was unpredictable and my insecurities were through the roof, I struggled with my identity more than anything else. When I entered sixth grade, it had only been a year since I moved to the United States from Tokyo. Although I was half Japanese and half white, I didn’t think I could fit in with the Palo Alto community.

After hearing the topic of Lake Tahoe circulate around my fifth grade classroom in the winter, I went home to ask my Japanese mom what it was. She replied, “I don’t know, an amusement park?”

I would hear the kids who have grown up their whole lives in Palo Alto talking about their weekend barbecues or their bike rides to the ice cream shop, and compare it to my sushi nights or Japanese shaved ice — known as kakigori — parties with my family.

As I settled into Palo Alto, I started watching anime. It replaced the connection I had lost with my life back in Japan, and it made me appreciate my culture immensely. It was the perfect balance of artistic expression and creative storylines. It was exciting and innovative compared to the repetitive live-action TV shows that dominated television. Anime led me to take interest in other forms of Asian culture, the predominant one being K-pop.

Throughout seventh grade, right when I got home, I caught up on the latest season of Sailor Moon and cheered when she defeated the evil kingdom. I watched concert stages of my favorite K-pop artists and utterly failed at copying their dance moves, or I tuned in on the latest gossip in the K-p

op media. I felt out of place and upset due to the fact that I couldn’t relate with my fellow classmates.

That all came to a screeching halt as I entered high school and left anime and K-pop behind. While it could have been me outgrowing a phase, upon reflection I would say the primary reason was my desire to be seen as fully white and to have interests that were traditionally “white.” I sacrificed my passions because I wanted to be someone who fit into the Palo Alto demographic — to be the girl who spends her weekends shopping at Stanford shopping center, going to the beach with family and watching classic TV shows like “Gossip Girl.”

Looking back, I realize how naive and disrespectful I was to drop my interests just because of my desire to fit in. Don’t get me wrong, I still love shopping and watching corny teen TV shows, but thinking that I couldn’t be a girl who spent time at the mall and also watch anime built a false dichotomy between my Japanese self and my American self.

Don’t get me wrong, I still love shopping and watching corny teen TV shows, but thinking that I couldn’t be a girl who spent time at the mall and also watch anime built a false dichotomy between my Japanese self and my American self.

The reality is that I am just as Japanese as I am American, and trying to push away my Japanese side was not only harmful to my mental health but also to my family members who pride themselves on being Asian.

Being both Japanese and American is a major part of who I am today and who I want to be. I love celebrating my Japanese heritage with my mother and still being able to have a classic American high school experience.

Looking at Western media today, K-pop music is climbing the charts. Most recently, the 7-member K-pop group BTS’s hit song “Dynamite,” topped the Billboard Hot 100. They were the first all South Korean act to have reached the spot, exemplifying the massive popularity of K-pop in the West. Additionally, the 4-member K-pop group Blackpink has gathered global attention because of their cool girl concept, catchy pop sound and their many collaborations with Western pop icons like Lady Gaga, Selena Gomez and Dua Lipa.

Anime has grown in popularity due to the realization that the genre’s shows cover many complex and mature topics. Much of this recognition can be accredited to Hayao Miyazaki, the founder of Studio Ghibli which created the movies “My Neighbor Totoro,” “Spirited Away” and “Howl’s Moving Castle.” With beautiful craftsmanship, these movies evoke deeper emotions and move us in ways that a live action movie cannot.

Seeing the massive amounts of attention that Asian culture has received in Western media has driven me to reconnect and rekindle my love for anime and K-pop. I wish that I never rejected my culture, but recognizing my mistake now gives me an even greater appreciation of my multiculturalism.

K-pop: Song, dance and a sense of community