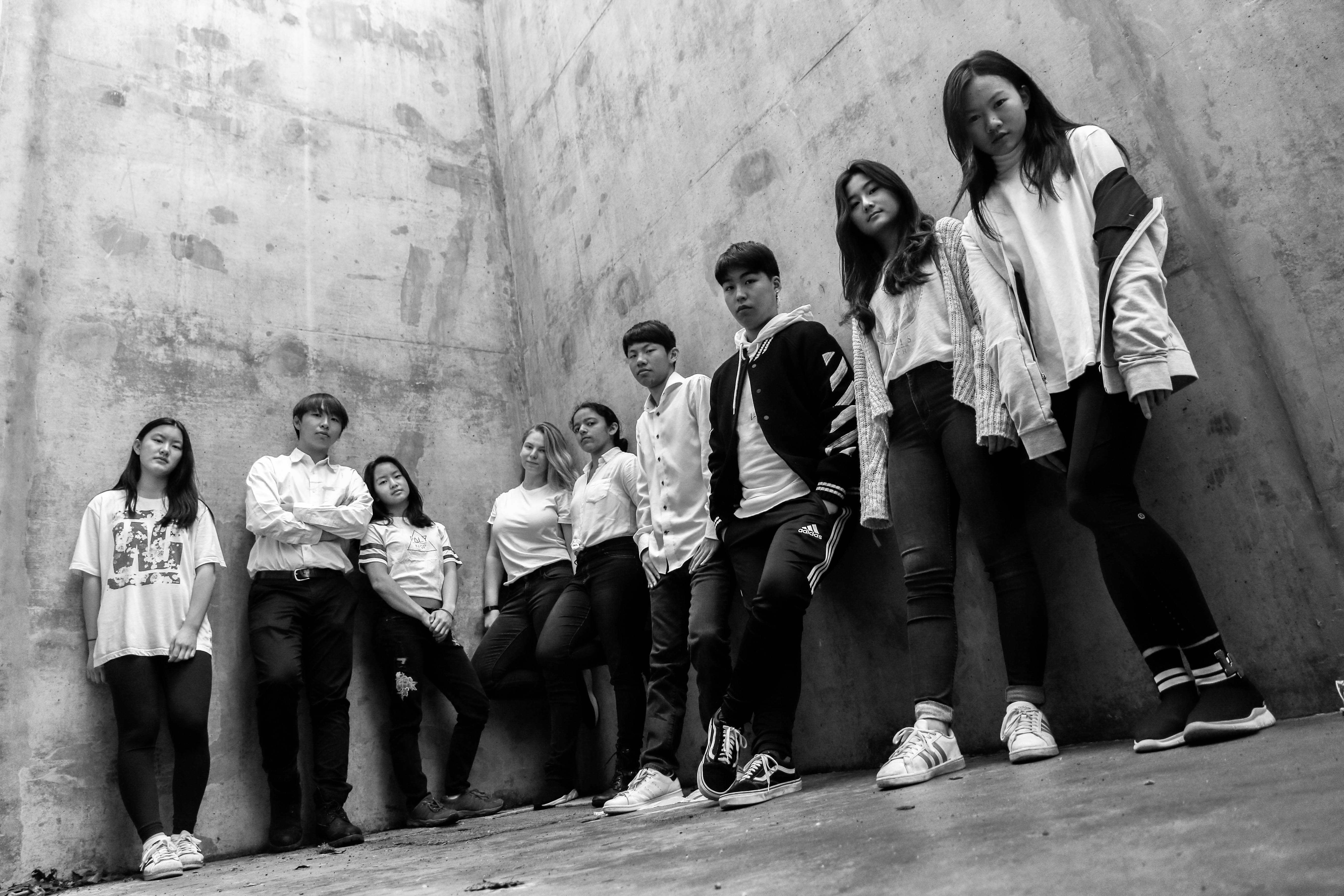 K-POP: Song, Dance and a Sense of Community

Mouthing Korean Lyrics, Palo Alto High School junior Harry Cha points to the crowd before seven more dancers pop up from their poses to join him in synchronized choreography. Completely immersed in the Korean pop music — or K-pop — blaring behind them, the ensemble pours their heart into fast-paced movements and strikes poses with attitude. Watching them perform their piece “Yes or Yes” by TWICE at Paly’s Skoglobe music festival, the crowd can not help but admire their confidence and cheer them on.

According to alumna and former member Chloe Hong (Class of 2018), the Paly K-pop Club started in 2014 as just a handful of friends with a common love for the genre of music, and only took off in popularity two years later.

After a year of advertising on social media and actively seeking performance opportunities, the club transitioned from an annual performance to regular gigs at Paly concerts and even outside venues.

“For me, performing, yeah, it’s nerve-racking, but at the same time it’s a good way for me to show everybody what I love, throw away my pride and just express myself in a different way.”

“It [K-pop Club] blew up because we had been putting all that work in,” Hong says. “But also we coincided with the massive wave of BTS [K-pop band] which kind of shook the U.S. and the world.”

This year, the club has around 20 members who meet every Thursday during lunch in the dance room. Each member of the club appreciates the complex nature of the genre.

“With Western music I can just listen to the audio and pretty much get the gist of it,” Hong says. “With K-pop you have to watch the music video to get the whole package because it’s got the visuals, the choreography, the song, everything together.”

After all, for Hong and all other members of the club, K-pop is more than a dance or type of music. It is about letting loose, having fun and performing boldly — whether in front of a crowd or not — all within a welcoming a community.

“For me, performing, yeah, it’s nerve-racking,” current K-pop club co-president and junior Ben Tsai says. “But at the same time it’s a good way for me to show everybody what I love, throw away my pride and just express myself in a different way.”