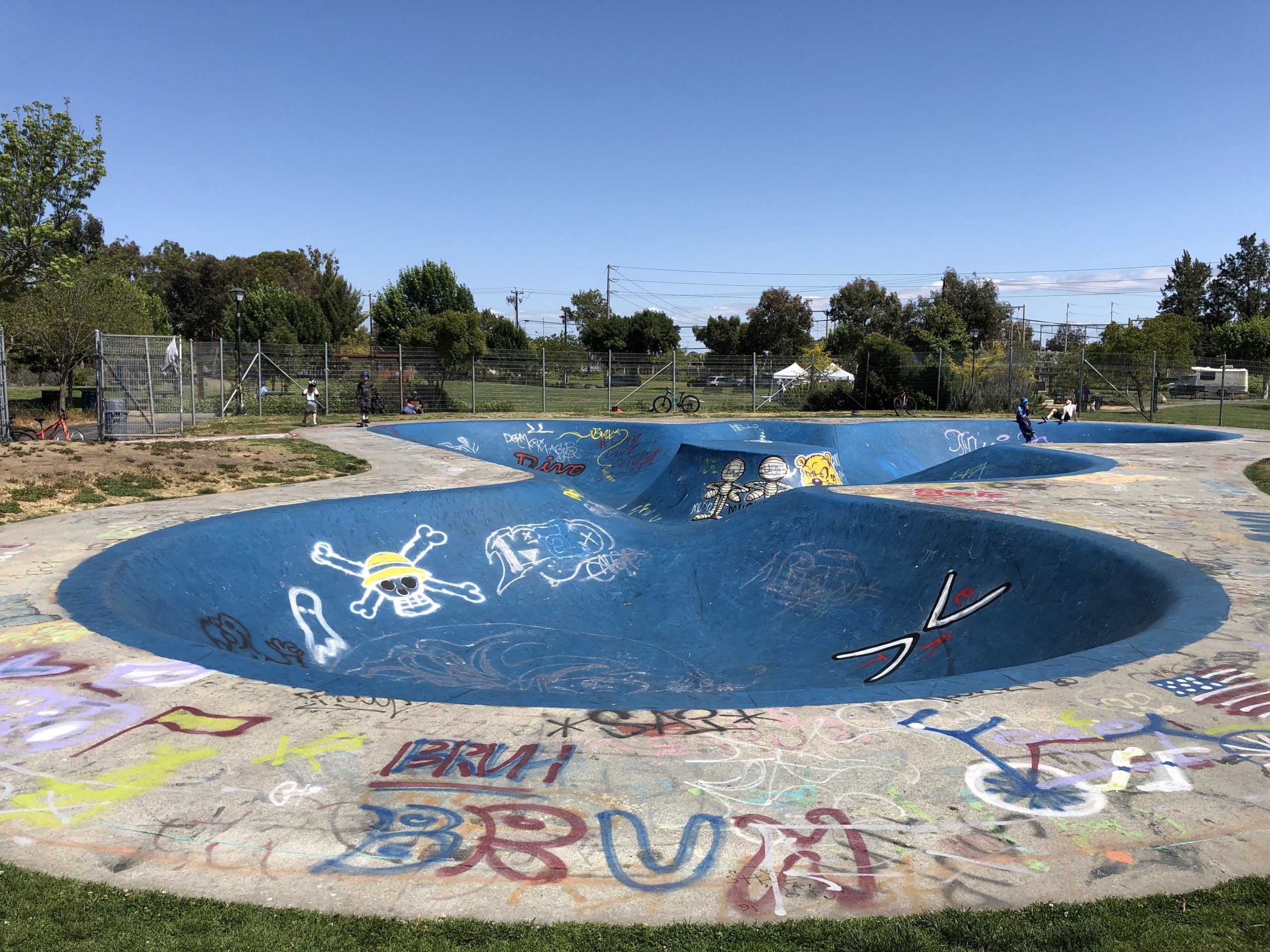 PLAN IN PROGRESS — The current skate park, pictured above, is not very beginner friendly, and only has one feature. The planned new park would have a variety of features and support skaters of different skill levels. “The next step in the process is going to be finding a location and then finding a design and then fundraising,” sophomore Sam Kaplinsky said. Photo: Jerry Fang

On April 12, the Palo Alto City Council unanimously voted to refer a colleague’s memo, a proposal to build a new skate park, to the Parks and Recreation Commission.

The Parks and Recreation Commission now has the responsibility “to evaluate the need for a skatepark, identify a suitable location, and prioritize a skatepark facility within the Parks, Trails, Natural Open Space and Recreation Master Plan,” according to the April 12 City Council action minutes.

The movement for the new skate park was started by Palo Alto High School sophomore Sam Kaplinsky last August and his petition for the goal has since gained over 2,000 supporters. Kaplinsky has been working with Council Members Alison Cormack and Greg Tanaka to build the colleague’s memo and this approval is a big step forward towards achieving his dream.

“Personally it just is really great to see the community that came together to support the project,” Kaplinsky said. “Every time there was a city council meeting, there were dozens of people, kids and adults, Paly students, people from all over, speaking in support of it [the proposal].”

The hardest part which is fundraising, Kaplinsky said, is still to come, but he remains optimistic. Community involvement is a big part of the project, he said.

“It’s pretty meaningful to see everybody come and support it [the proposal] and then also have the actual city support it.”