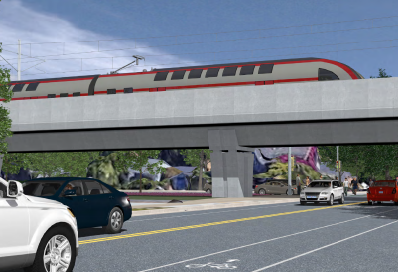 VIADUCT VIEW A digitally rendered street view of the potential Churchill viaduct shows one of the options under consideration to alleviate congestion. “Living next to the crossing the construction will be a very long process,” Palo Alto High School junior Will Thomas said. “It might also decrease my neighborhood’s home values.” Image courtesy of AECOM

The Palo Alto City Council is expected to decide on impending rail grade separations in May 2020, but many of the plans are receiving backlash from the community.

As more diesel locomotives are being replaced by electric ones, concerns have been raised over the resulting congestion on Churchill Avenue. According to the Expanded Community Advisory Panel, the intersection of Churchill and Alma Street is crossed by 9,000 commuters every day.

One option to relieve Churchill traffic is a viaduct: a bridge made up of arches that would simultaneously allow trains to cross and cars to pass underneath it.

“I feel it is going to be invasive,” Marianella Núñez, a resident living next to the proposed viaduct, said. “I’m sure there are other options to solve the issue that don’t compromise the privacy and home value of the trails’ neighbors.”

“I feel it is going to be invasive. I’m sure there are other options to solve the issue that don’t compromise the privacy and home value of the trails’ neighbors.”

Junior Heidi McIntosh drives to Paly everyday, sometimes taking Churchill. She is aware of the traffic resulting from the train and said that it will only get worse with these changes.

“Rerouting traffic or adding a bridge would make traffic even worse,” McIntosh said. “Especially with the long construction times.”

“We are replacing vehicle diesel locomotives with electric ones,” Tanaka said. “Diesel takes a long time for the train to get started and stop. But in electric cars, all the wheels are turning at the same time. They can start to softball faster. So they are going to increase the frequency of the trains.”

With a budget of $300–$400 million, a viaduct would cost less than half as much as the alternative of trenching and is environmentally safer. However, temporary tracks would have to be put in place during construction and would force the city to reduce Alma to two lanes — one lane in each direction — for approximately two years. 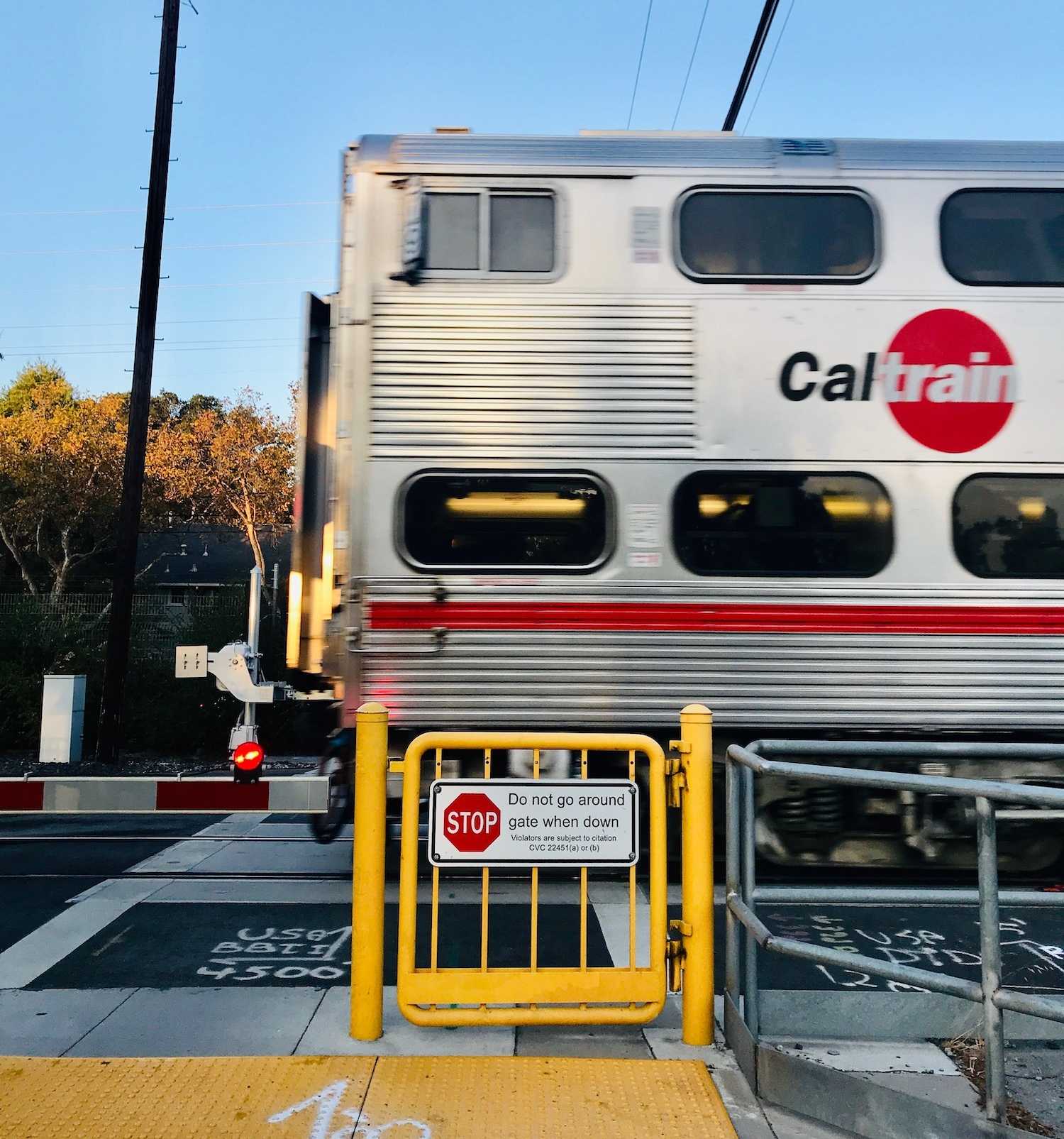 CHURCHILL CROSSING To address increased congestion at Churchill, the Palo Alto city council is considering construction plans. “If this process was occurring now it would complicate the way I get to school,” said Palo Alto High School junior Will Thomas. Photo by Myra Xu

Rail noise and vibrations would be mitigated with separate-grade crossing. However, some Palo Alto families have expressed concern over the potentially unsightly view — the viaduct would be 20 feet above ground and would tower over the fences of some homes.

A vehicle closure of Churchill would not require temporary tracks, but would result in the removal of Alma’s center left turn lane.

The closure would reduce danger for bikers and pedestrians who take Churchill, but would force commuters who drive to find an alternative route. To lessen the amount of traffic that would get rerouted to other streets, mainly Embarcadero Road, XCAP has proposed many changes to surrounding streets to mitigate traffic. According to a traffic study by XCAP, this would be enough to mitigate the traffic.