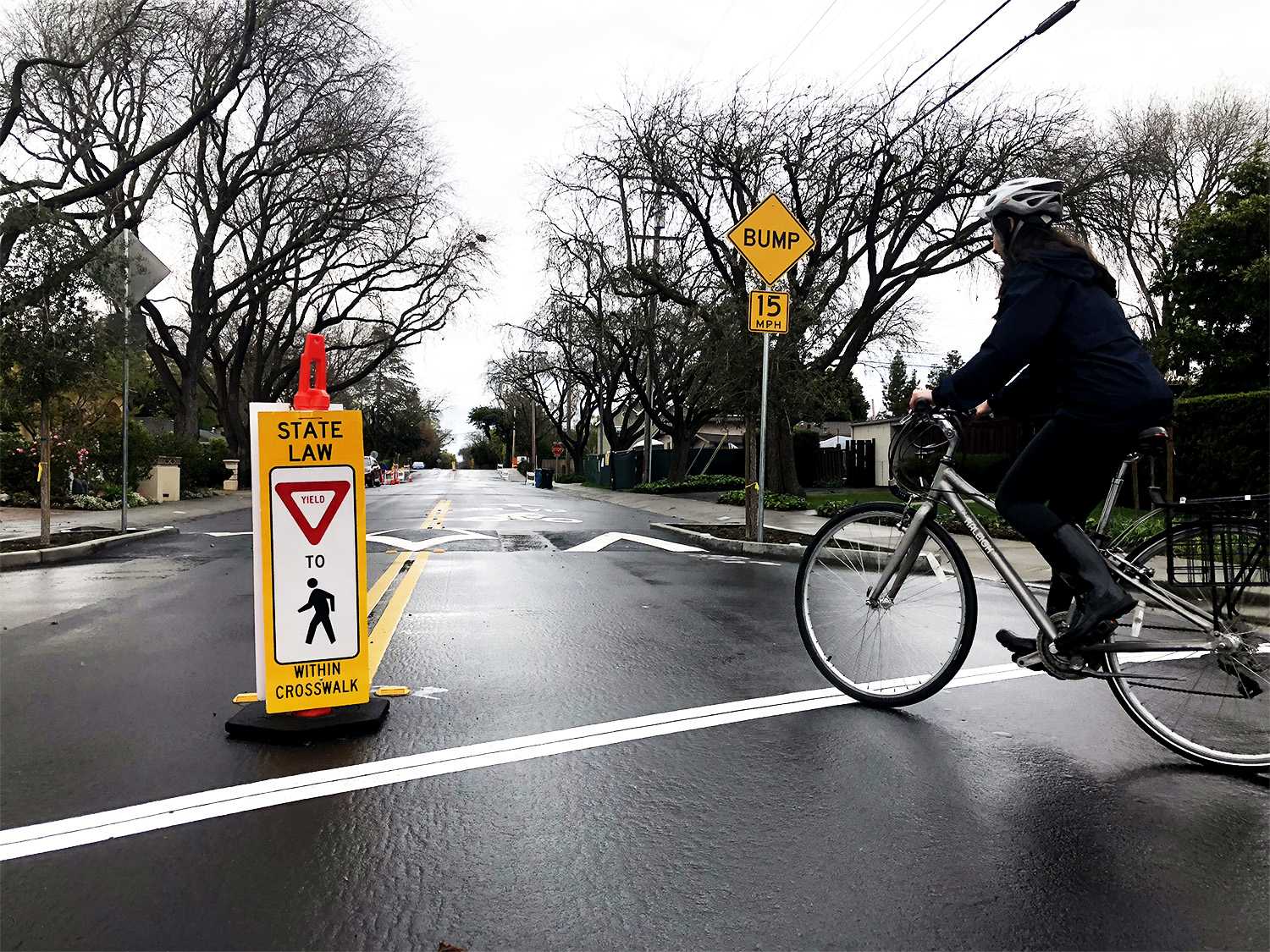 Months after the construction of traffic-slowing installations, residents are petitioning for their removal.

Since Fall 2017, bike boulevards along three streets were constructed with aims to control traffic. As part of the $8.6 million Neighborhood Traffic Safety and Bicycle Boulevard Project, the city planned to add speed bumps, traffic islands, crosswalks and raised intersections to 7.1 miles of city roads.

In March, Palo Alto resident George Duquette started a petition in  hopes of stopping construction and removing the roundabout at E. Meadow and Ross Road. As of press time, the petition gained over 750 signatures.

“In pursuit of traffic calming, the changes have created dangerous interactions between cars and bikes,” Duquette stated in the petition. “This is dozens of neighbors trying to raise the alarm.”

Lack of support for the traffic-calming measures is not exclusive to petition signers. Students living along the Ross Road route have been affected by the construction, according to junior Riya Kumar.

“The construction seems counterintuitive,” Kumar said. “It worries me that I won’t be safe and may have a higher chance of getting in an accident because the cars can now get a lot closer to me due to the narrower roads.”