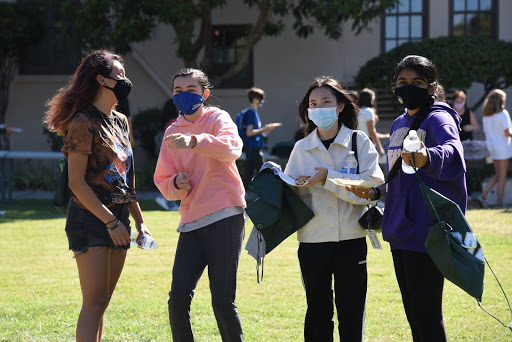 FRESHMAN FACES — A group of freshmen stand on the Quad with their complimentary Palo Alto High School merch after finishing the campus tour on Thursday as part of Freshman orientation. “If I didn't come here today, I would be really lost on the first day of school,” freshman Karen Baba said. Photo: Emily Yao

Rising freshmen and sophomores participated in Palo Alto High School’s orientation events today as they prepare to come on campus on Aug. 11.

“For a lot of sophomores, one important piece that they’re really missing from this online school year is what school life is like,” Associate Student Body president and junior Johannah Seah said. “First, because the construction definitely changed a lot of the campus. Second, it really gets [students] to know a lot more of the people in-person. Third, they [sophomores] really understand what it’s like to really be on Paly.”

The rising freshman and sophomores completed various icebreaker activities, took a tour of the campus, received their student IDs and were given general information about Paly.

“I think they liked learning about Spirit Week because they’re brand new to it,” senior and tour group leader Tony Jeon said. “Coming back they’re super anxious, so learning about something that’s super fun and just raising their spirits, I think it’s just a nice way to introduce them back into the campus.”

“I’m really happy that we were in person instead of online school because I get to make friends. Online learning was really hard for me, so I’m really glad.”

A few clubs and classes set up booths that allowed students to see what activities were available.

“It’s good for them [students] to get a taste of the school life, with the [Paly] Robotics and with the Verde [Magazine] table,” Seah said.

Despite ASB’s efforts to welcome the Class of 2024, many sophomores felt the orientation events were unnecessary after last year’s hybrid learning model.

“I came on campus last year when we re-opened and I also have an older sibling, so I was never really worried about knowing the campus,”sophomore Nadia Soberg said. “I didn’t really learn a lot on the tour. I already felt pretty prepared to go to school [before orientation].”

Other sophomores who did not have older siblings also felt the events were unhelpful However, Jeon said some sophomores who attended orientation might have needed this event before the start of school.

“A lot of the information that was in the handbook was directed towards freshmen, it was literally about ninth graders,” Jeon said. “At the end of the day, not everyone was here in person last year. So for some people it was important.”

Unlike sophomores, rising freshmen who did not have the opportunity to come to Paly campus during hybrid learning voiced appreciation for the orientation event.

“I feel like it was useful to get to know the campus more and know where the bike racks are,” freshman Ellie Donahue said.

This orientation marked the start of the fully in-person school experience for this year’s Paly students.

“I’m really happy that we were in person instead of online school because I get to make friends,” freshman Karen Baba said. “Online learning was really hard for me, so I’m really glad.” 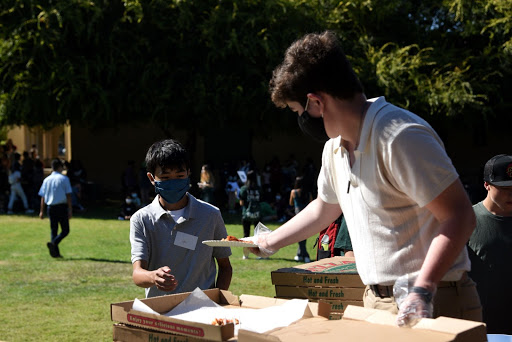 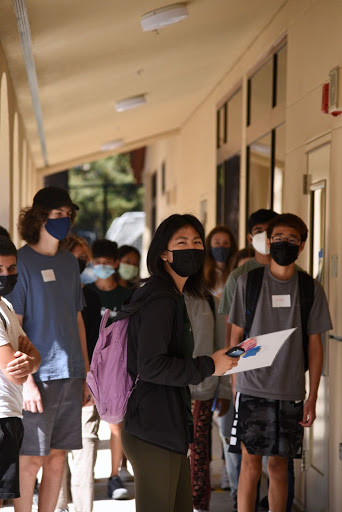 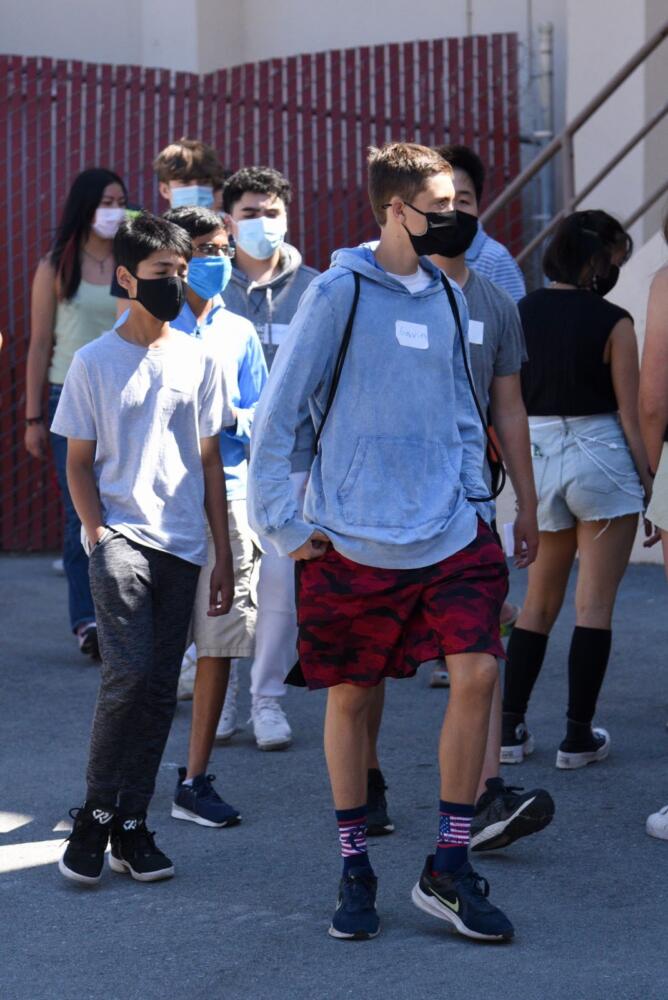 NEW ARRIVALS — Members of the class of 2024 and 2025 are led on tours around campus, many of whom are setting foot on Palo Alto High School's campus for the first time. Photos: Emily Yao