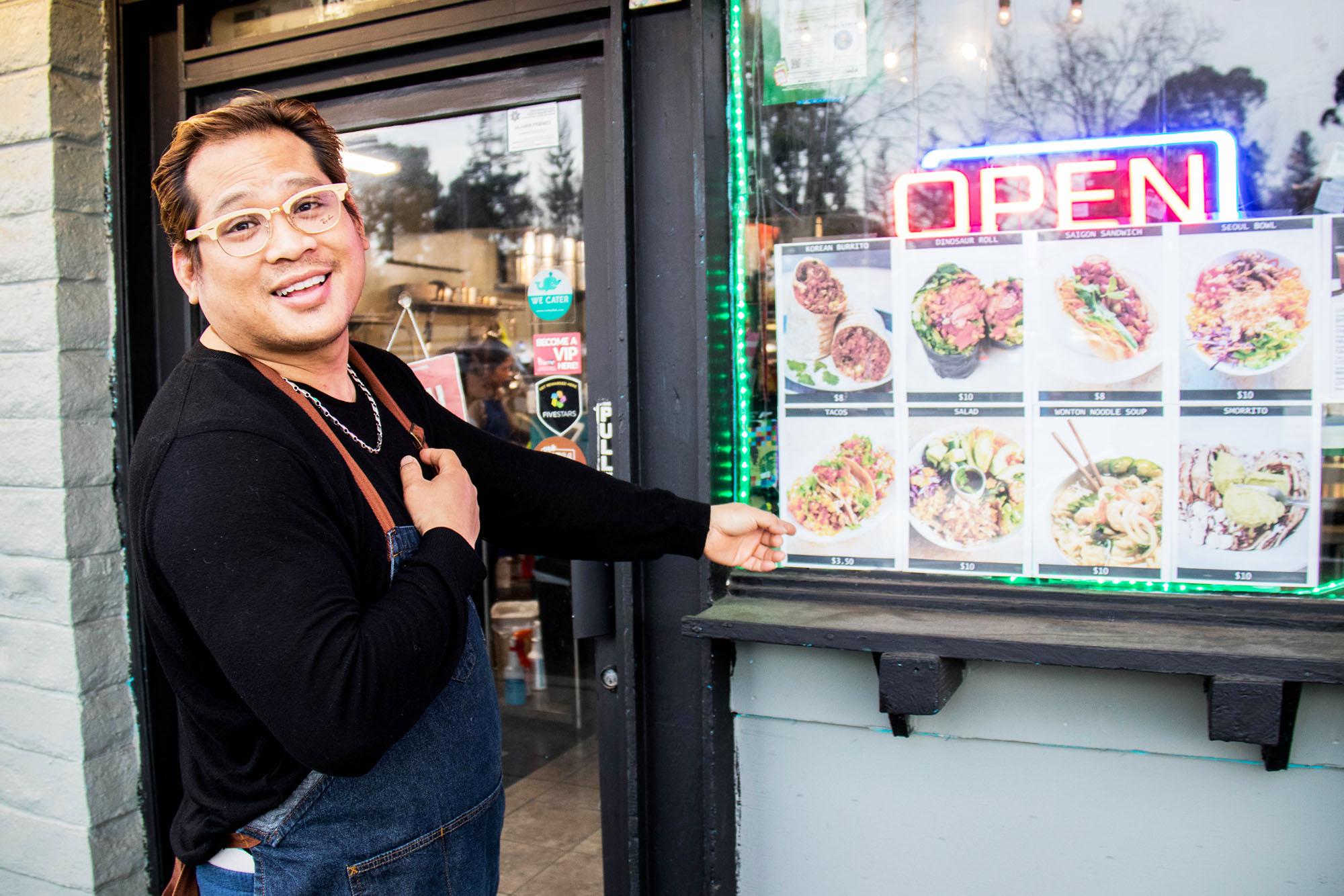 A Taste of Fusion

There’s a reason why Zen Bunchien comes to work everyday.  Besides making money, creating new and unique foods, and singing to customers, he comes to work on a mission to spread joy.

2015 was a difficult year for Palo Alto. With a wave of suicides, especially within the high school community, it was clear that something had to change.

“At that time I noticed that there were crazy negative vibes, so I felt like if I opened up this restaurant it would be a place for the kids to come to,” Bunchien says. “We had $1 tacos and $1 milk teas, so we had a lot of Gunn kids who came here. It also gave me the chance to talk to the kids, to mold the way they think into a positive way.”

As we entered through the door, casually dressed employees surrounded by brightly colored walls enthusiastically welcomed and directed us towards a paper menu taped to the wall.

Intrigued by the soft voice flowing from across the room, we noticed restaurant owner Zen Bunchien dressed in a light blue apron, edgy sunglasses and smile.  The songs — diverse in genre and language —  clearly reflect Bunchien’s accepting outlook on the world and his mission to spread joy through delicious food.

As a young child growing up in New York, Bunchien was inspired by cooking shows that he saw on television. Since then, he has lived in Houston, Shanghai, Los Angeles, Thailand and San Francisco. His  world travels have allowed him to develop a sense of passion for cultures and their different foods.

After already having opened three restaurants in Los Angeles, he thought of something new. His love for Mexican, Korean and Vietnamese cuisines led Bunchien to create something unique — a fusion of all three cuisines. Trial and error have led him to create VAM’s signature dishes — the Korean BBQ burrito and the Vietnamese Saigon sandwich.

One one side of the restaurant, a shelf displayed designer hats, a plastic jack-o-lantern filled with fortune cookies and board games for customers to play while waiting for their food to arrive.

On the other side, the kitchen was hidden behind metal shelves holding a miscellaneous selection of items: iPhone cases, packs of gum, shampoo and packaged noodles – each with a unique and colorful label in a different language.

“We pride ourself in getting things that are different and are hard to get,” Bunchien says. “I’m always in search of more strange and different things from other countries.”

Bunchien also created VAM to employ students and help them learn basic skills such as cooking and cleaning. “I’ve noticed that a lot of kids in Palo Alto don’t have working skills,” Bunchien says. “Once they graduate from high school, they still don’t know how to mop, how to wash dishes or even how to cook. So I’m here to teach them a few life skills.”

Besides singing, Bunchien also uses his ability to speak multiple languages to host exchange students from across the world.He speaks Chinese, Spanish, Thai and a host of other languages.

“We cook for them, we speak English with them and I bring them over here to work,” Bunchien says. “So we actually combine two businesses into one.” 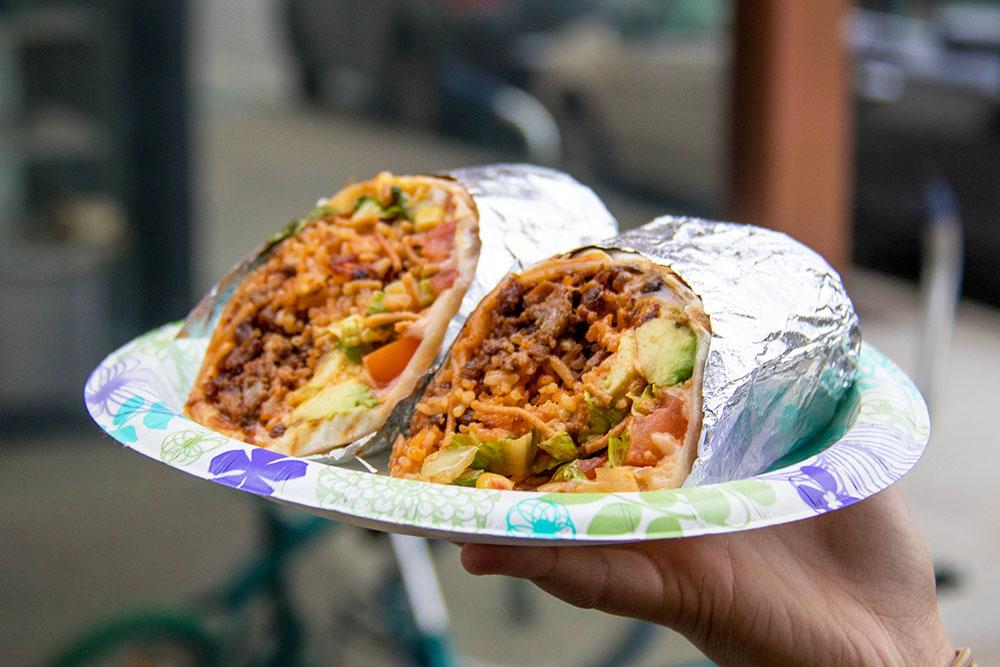 This filling twist on the typical burrito included a unique combination of cheese, avocado, kimchi rice, gochujang sauce, a sweet and spicy Korean sauce, and a choice of meat. We ordered the bulgogi beef after a worker recommended it, which was slightly dry and difficult to chew.

The rest of the ingredients were fresh and melded in perfect harmony, leaving us satsified and full. 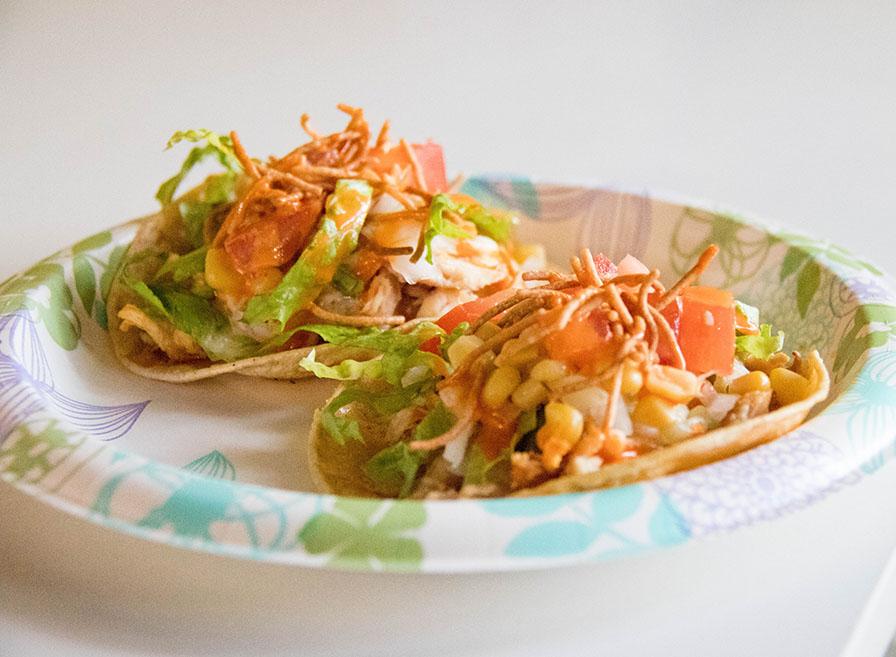 After a short wait of about five minutes, we were presented with a gluten-free taco piled high with flavorful chicken, fresh veggies, and oozing with melted cheese. A delicate layer of spicy Korean gochujang sauce was drizzled on top, giving the taco a perfect balance of spice and savory.

The pile of contents towered above the tortilla, which made it almost impossible to eat without spilling. Despite this, the flavorful and filling dish was quick to gain our approval. 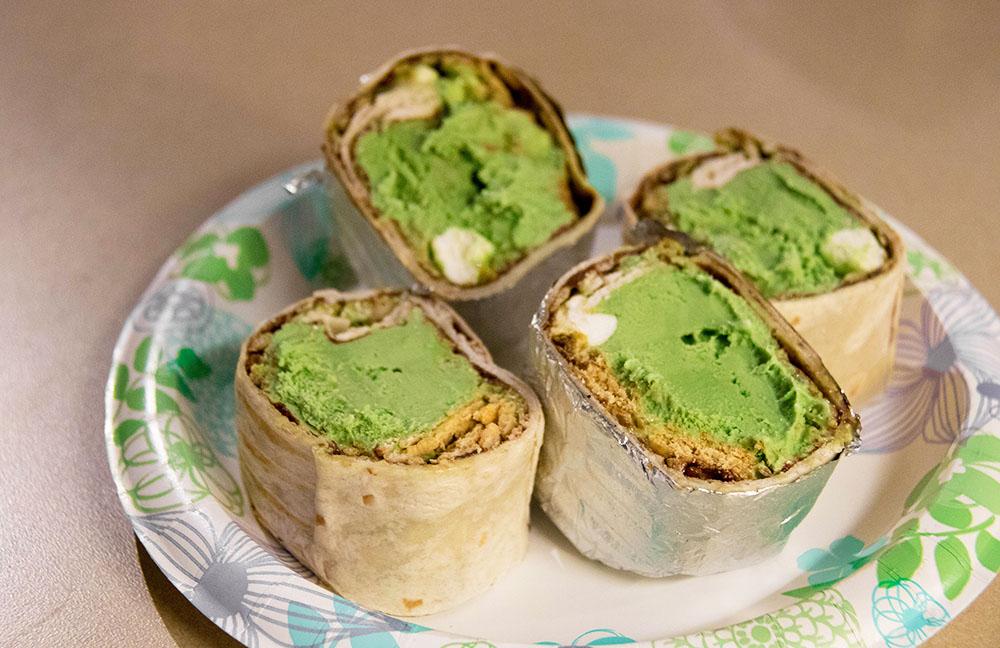 The S’morrito, Bunchien’s own creation, is exactly what it sounds like: a s’mores burrito. It is an exquisite blend of nutella, rice krispies, graham crackers, melted marshmallows and green tea ice cream layered inside a warm tortilla.  The green tea ice cream contributes an Asian twist to the otherwise traditional American camping treat. The contrast of textures, flavors and temperatures provided a unique and delicious dessert that was the perfect way to end our meal. 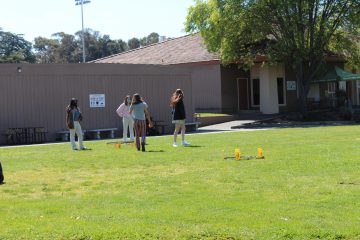 Students permitted to return to campus four days a week 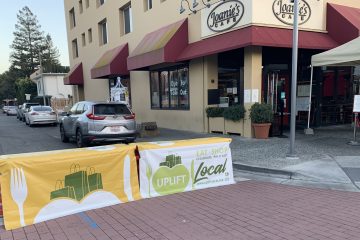 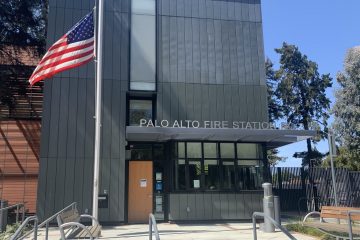