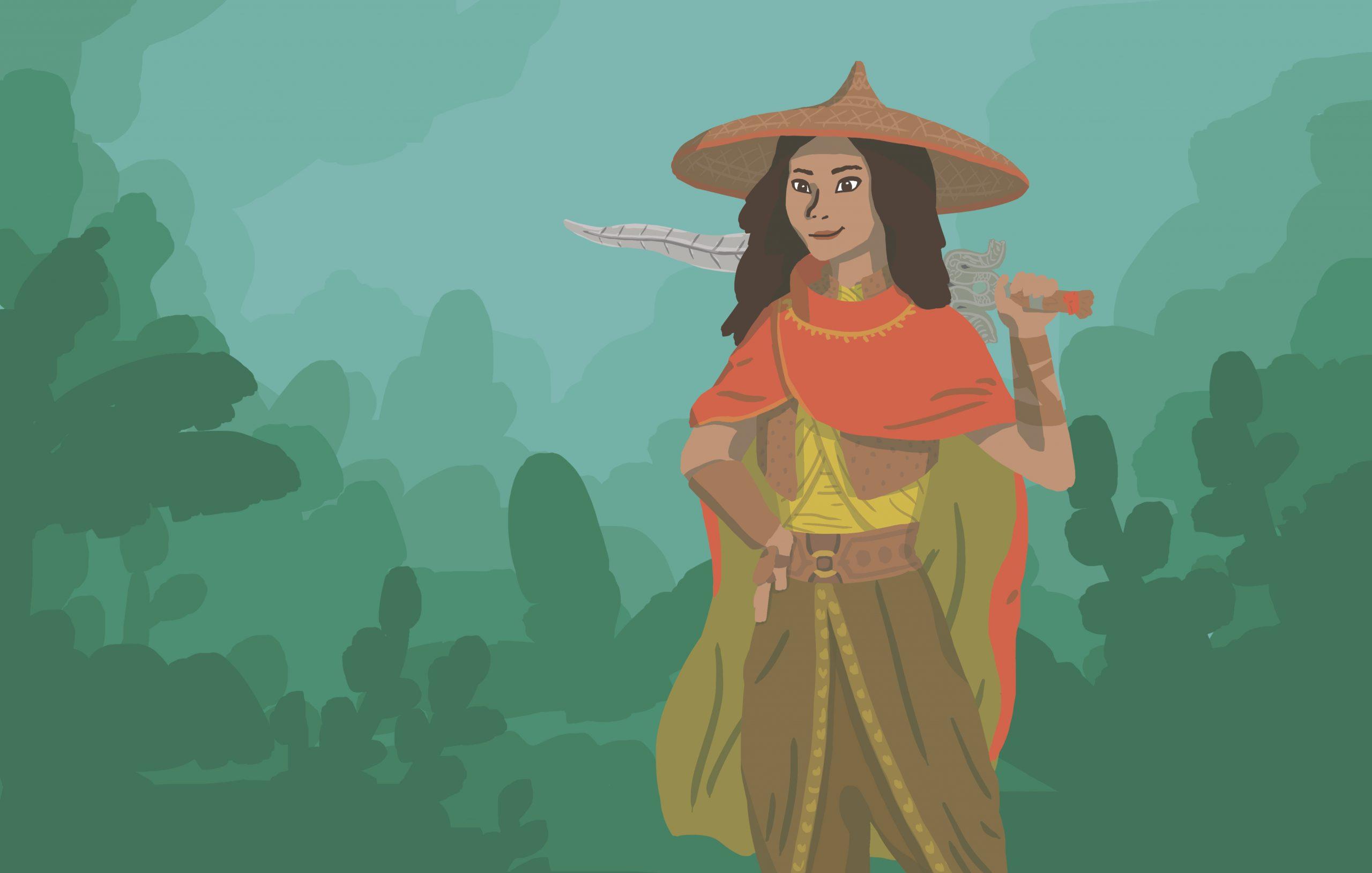 A powerful princess: ‘Raya and the Last Dragon’ represents

Within seconds of “Raya and the Last Dragon,” Disney’s latest animated movie, your jaw has dropped to the floor. There’s a forgotten fountain, a lush jungle, a red afternoon sun. A strong protagonist speaking forceful messages. And a beautiful backdrop of culture and representation that, while missing vital pieces, reaches new heights for Disney.

Released on March 5 in theaters and on Disney+ for an additional fee, the film follows Raya, a warrior who sets out to find the last remaining dragon in order to stop evil forces from destroying her Southeast Asian-inspired land called Kumandra. Featuring a cast of Asian voice actors including Kelly Marie Tran, Awkwafina and Daniel Dae Kim, the film is the first Disney movie to feature a Southeast Asian princess.

Beautiful in more than one way

Completed from homes during the pandemic, “Raya” presents a moving story through stunning visuals. Whether it’s dust rumbling off the desert floor or rain trickling down a stone statue, the movie is packed with beautiful details that add a jolt of life to the fictional world.

As fluid as the water it captures, the cinematography of “Raya” is smooth, sweeping and powerful. It tilts and turns with the landscape, jumps and jolts with the action. The filmmakers weren’t afraid to use unorthodox angles, adding movement and majesty to already-stunning scenes.

But it’s not only the visuals that add beauty to the film. The movie is filled with impactful messages, from the importance of family to breaking century-old gender stereotypes.

While Raya is a princess, that doesn’t mean she floats around in fancy clothes looking for love. Instead, she trains to be a warrior and guardian of a family artifact. And she’s not alone. The antagonist of the movie is Namari, the princess of a neighboring land. Like Raya, she’s a warrior who’s on the path to lead her people. The two collide when their goals clash, delivering a compelling message about responsibility and individuality.

“When you see a lot of Asians in the media, we’re either foreign, or we’re seen as hypersexualized.”

In many ways, Raya embodies a blend of strength, determination and empathy. She doesn’t sit around in despair when things go wrong, but confronts problems with a logical mind and sharp sword. She’s not afraid to be vulnerable either, and that makes her character much more real. Through Raya, Tran’s voice is strong, clear and filled with humanity. Every huff of exertion or breath between tears adds dimension to her character that pulls the audience deeper into her story.

“When you see a lot of Asians in the media, we’re either foreign, or we’re seen as hypersexualized,” sophomore Johannah Seah says. “Obviously Asian women aren’t some subhuman group — we’re still people. And I think representing that accurately and effectively is going to be so powerful for changing that disgusting narrative.”

The movie draws from Southeast Asian cultures and fantasy inspiration to weave an expansive world. One of the most prominent examples is Raya’s unique sword, with a curvy blade referencing the kris — an Indonesian spiritual object and weapon used in martial arts. Yet Raya’s sword also extends into a segmented whip, an element brought in from fantasy worlds.

Nguyen appreciates this fantasy twist on Southeast Asia, which she says provides the opportunity to see representation in diverse genres.

“Casting Asian American actors [and] actresses in just your normal action blockbuster or a movie that’s not just focused on the Asian American experience is a good step,” Nguyen says.

“A lot of what we see in the media impacts the norms that we hold ourselves to.”

Kumandra is divided into five lands with unique customs and cultures, yet a current of shared traditions runs through them all. To create this world, the directors visited Cambodia, Indonesia, Laos, Malaysia, Singapore, Thailand and Vietnam, according to an article by Disney. Similar to Disney’s “Moana,” the creators of “Raya” also formed the Southeast Asian Story Trust, a group of experts on Southeast Asian countries who advised the movie’s many cultural references, including architecture, fight choreography and language.

While culturally rich, it’s clear that viewers only see a drop of Kumandra’s customs through the movie. And Disney doesn’t over-explain, a touch that implies the depth of this fictional world.

“Growing up, everyone wanted to be a Disney princess for Halloween, and I kind of felt restrained like, ‘Oh, I have to be Mulan if I dress up for Halloween,’ just because she was the only notable Asian princess,” Nguyen says.

At Paly, 13.1% of students identify as Southeast Asian, according to an opt-in Verde Magazine survey of 138 students from all grades, which ran from March 18–22 on school-related social media and Schoology.

“A lot of what we see in the media impacts the norms that we hold ourselves to,” Nguyen says. “It really helps with people’s self esteem if we see other people who look like us in these notable positions.”

Yet while “Raya” visually features Southeast Asian characters, the movie has been criticized for its majority-East Asian cast; these ethnicities have commonalities, yet are distinct and should not be used to substitute each other. While still underrepresented, East Asia has generally seen more representation in Western media.

Seah, who is East Asian with family of Southeast Asian nationality, believes that Disney should have done better in this aspect.

“Disney needs to … still get better in terms of representation, besides just writers and Kelly Marie Tran,” Seah says, referencing the fact that Tran and several creators behind the film were the only main Southeast Asian cast and crew. “To be honest, it’s not that hard. I think really just having more [Southeast Asian] writers, more producers.”

Seah, along with many others, was also disappointed that Disney mixed the diverse cultures of Southeast Asian countries into one movie.

“It all kind of mushed together,” Seah says. “One thing that is lacking is that they did make it more into a monolith.”

With its flaws, “Raya” isn’t excluded from the media misrepresenting Southeast Asian countries. It’s a step, however, on the right path, marking Disney’s commitment to telling more diverse stories. Through powerful characters, a culture-based world and jaw-dropping visuals, “Raya and the Last Dragon” is the next in a line of movies that are redefining what it means to be a Disney classic.

“Raya and the Last Dragon” is available now in theaters and on Disney+ for an additional fee. The movie can be streamed for free on Disney+ starting June 4.