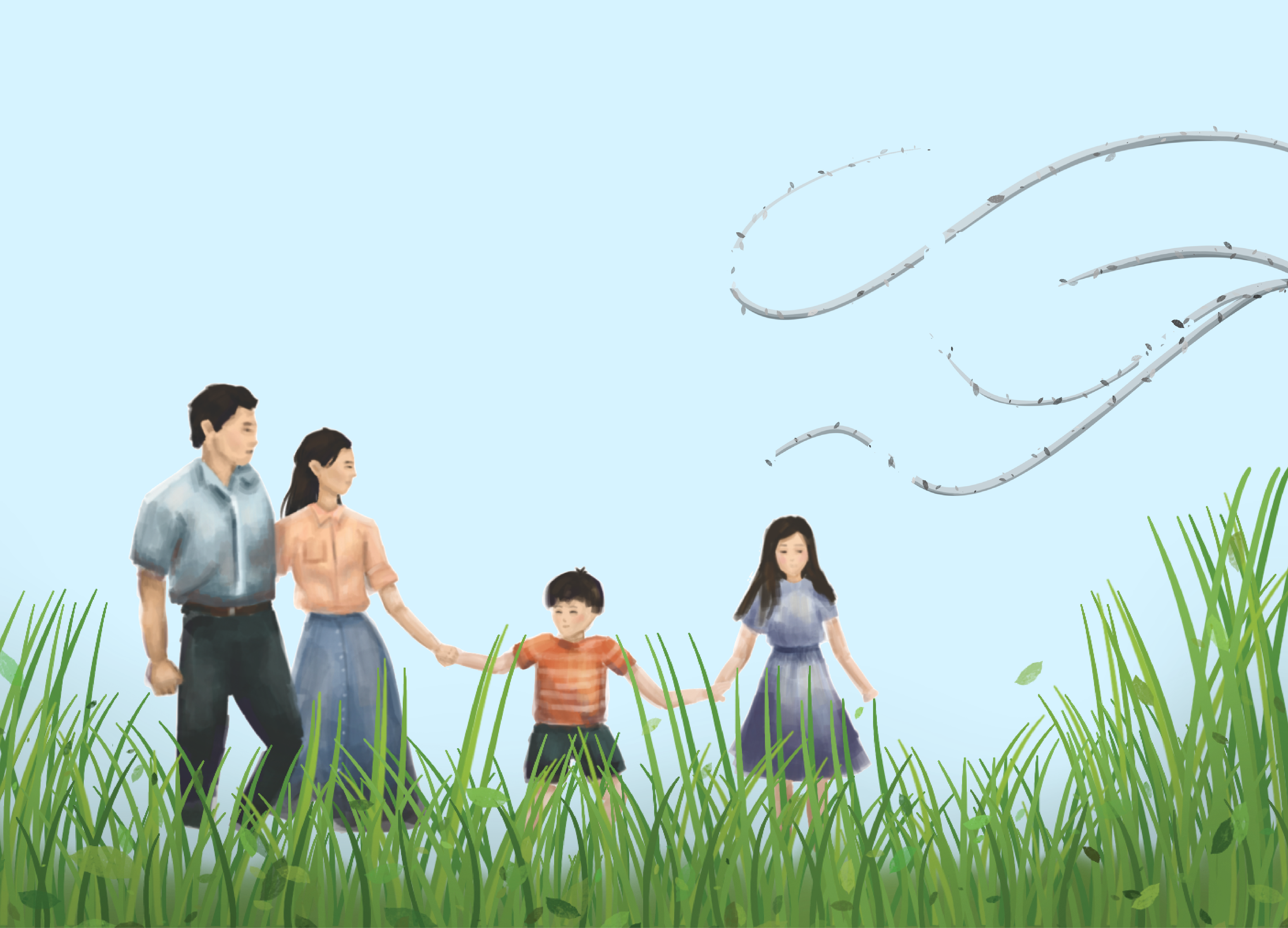 “What is this place?”

A man helps his wife up to the doorway of their trailer home, reminding her of the new beginning they promised to pursue. In accented English, he promises his two young children that he’ll grow them a big garden, referring to his dreams of making a living for his family through farming.

“Minari” follows a South Korean family’s immigration to Arkansas during the 1980s in the hopes of starting a new life, partially mirroring director Lee Isaac Chung’s own rural upbringing in the South.

These cultural differences are emphasized in a scene where David declares that Soonja is not a “real grandmother,” pointing out that she does not bake cookies or act like the elders he observes in his American community. Jacob and Monica are oblivious to the way their children are taking up new cultural roots, highlighting the grapple with cultural identity that many second-generation immigrants experience.

“Minari” is the Korean word for water celery, a leafy vegetable common in East Asian dishes. As explained by Soon-Ja in the film, it is resilient and symbolizes growth; like a plant finding new roots and flourishing in unexpected places, the movie’s name is derived from the family’s journey of growth and overcoming their hardships together.

The film debuted at the Sundance Film Festival in January of last year and was officially released in the United States on Feb. 12, quickly garnering praise for its powerful depiction of the significance of family and the struggles of adjusting in an unfamiliar community.

In December, the Hollywood Foreign Press Association designated “Minari” as a nominee for the Golden Globes’ Foreign Language Film category, sparking controversy across several social media platforms as users questioned why a truly American story was not marked as such.

The Golden Globes thus fails to live up to the “global” part of its name.

“Minari” was produced by an American director and the American company Plan B, distributed by American entertainment company A24, filmed in Oklahoma and cast predominantly American actors. The only component distinguishing “Minari” as a non-American film appears to be its Korean dialogue.

Though Minari fits the HFPA’s criteria for the Foreign Language category as over 50% of its dialogue is not in English, many took issue with the film being treated as a foreign entity solely based on language.

“[This is] the film equivalent of being told to go back to your country when that country is actually America,” actor Daniel Dae Kim said in a tweet last December.

According to the Center for Immigration Studies, roughly 67.3 million United States residents, or 20% of all Americans, speak a non-English language at home. In a country that values diversity and the freedom of individuals to immigrate, equating “speaking English” to “being American” is illogical and disrespectful.

The Golden Globes thus fails to live up to the “global” part of its name.

Contrast in other films

Senior Emma Wu closely followed the film preceding its release and felt the controversy over the category connects with larger issues in the film industry; while she acknowledges the improvement in Asian representation and decrease in stereotypes through movies including “Crazy Rich Asians” and “The Farewell,” there are hurdles that still need to be overcome.

“There’s still a big issue with Hollywood in general being very white,” Wu said. “Recently, ‘Mulan,’ with the entire directing and producing staff being white and telling an Asian story, really didn’t sit well with me. I wish there could be more Asian creators doing those sorts of big films.”

The recognition of a white cast and directorial staff as more acceptably American than their Asian counterparts is also reflected in previous nominations for movies such as Quentin Tarantino’s “Inglourious Basterds,” which contained around 70% non-English dialogue yet was nominated for Best Picture categories in 2010 instead of as a Foreign Language Film — contradicting the “Minari” classification.

In 2007, following nominations for Clint Eastwood’s “Letters from Iwo Jima” and Mel Gibson’s “Apocalypto” as Foreign Language Films, the HFPA ruled in favor of restricting category eligibility to films without significant funding or creative elements from the United States and with at least 51% non-English dialogue. Previously, movies from America were allowed to compete.

The rule change was intended to give foreign-produced movies a better chance to win in future awards shows by forcing American films to run in other categories. However, it was overturned after Cary Fukunaga’s “Sin Nombre,” a Spanish-language film that was popular with many HFPA members, failed to win any nominations in 2010. Now, though Foreign Language Film nominees must be released in their country of origin in the 15 months prior to the nomination period, American productions are eligible to compete once again as long as they meet the foreign dialogue requirement.

“[‘Minari’] tells a part of Asian history immigrating to America that is sort of skipped over, but is nonetheless valuable.”

The Golden Globes’ classification of “Minari” as a Foreign Language Film is just one example of the larger problem — that its rules reflect the implicit assumption that language alone determines a film’s “foreign” nature and that foreign films are not eligible for the Best Motion Picture Drama and Best Motion Picture in the Musical or Comedy subsection. In addition, creating and taking away the rules for eligibility in certain categories in favor of a single film but not others defeats the purpose of an awards show.

Though foreign films still deserve to have their own category, perhaps it is best to avoid the message that languages other than English do not deserve an equal level of attention; the category should be clearly reformatted to a “Foreign Film” award instead and receive eligibility for Best Picture at the Golden Globes. In a similar vein to the various awards for individual actors in American films, the Foreign Film category should expand to offer more awards as well.

The backlash towards the nomination of “Minari” connects to more widespread activism against Asian discrimination in Hollywood, but the problem still remains. Asian American discrimination that has historically been present in American films — such as the practice of casting white actors in Asian roles, playing on racist stereotypes and portraying Asians as outsiders infringing on American society — is no longer as visible on screen as it was decades ago, yet its subtleties remain in the separation of films by language that hurtfully denies America’s diverse cultural backgrounds. With its portrayal of perseverance and finding a multicultural community in the United States, “Minari” is distinctly an American story and deserves to be fairly celebrated for the narrative it illustrates.

“I really hope people go to see it [“Minari”],” Wu said. “It tells a part of Asian history immigrating to America that is sort of skipped over, but is nonetheless valuable.”