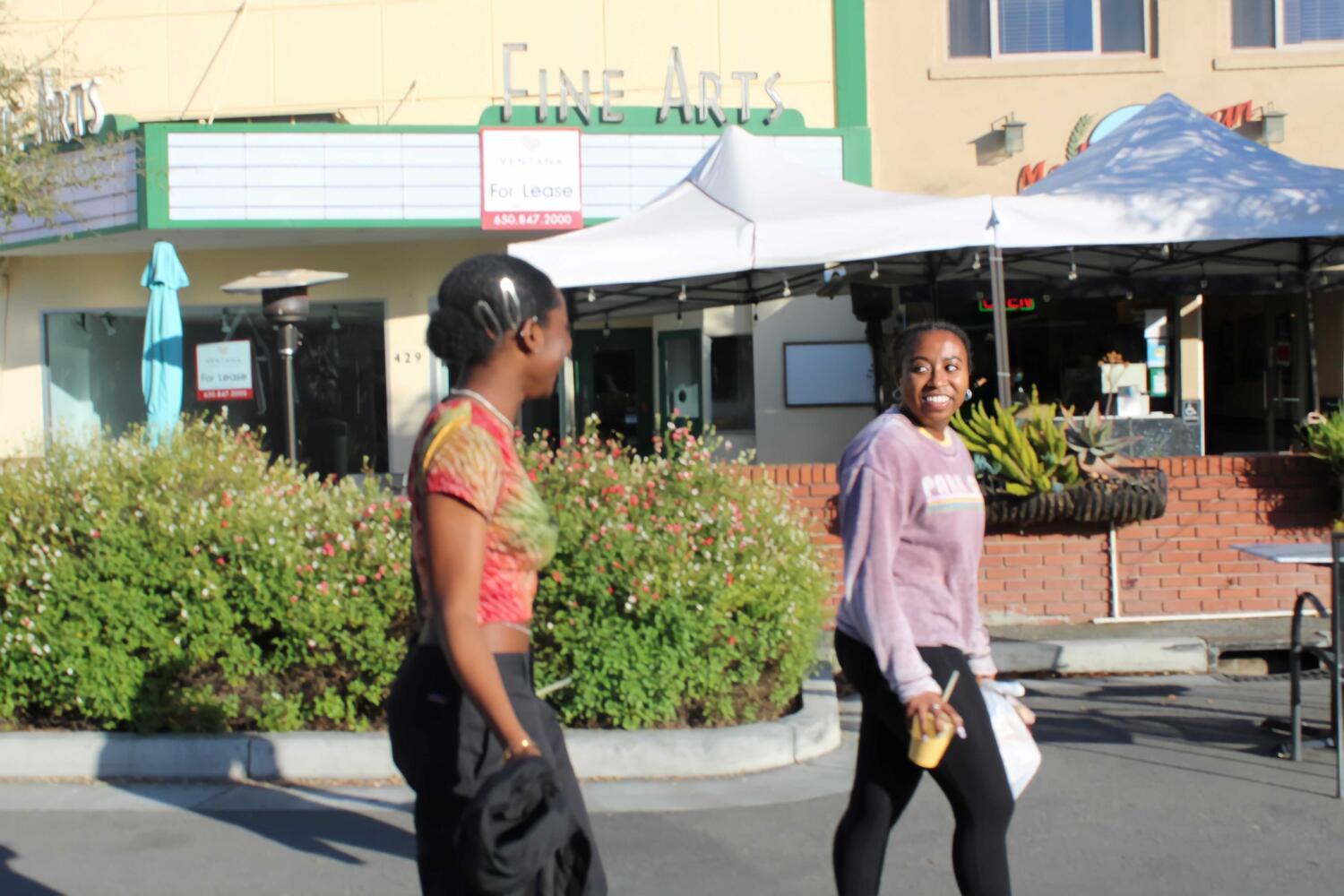 STREET STROLL — Stanford University freshmen Rose Griffin and Tife Awoleye walk down California Avenue. The street has been closed to cars since June 2020, and will remain so through December 2023. “It’s really nice to walk and feel like I’m in a little community, but I understand that they are logistical things that don’t make it [the closure] the best for everyone,” Awoleye said. Photo: Melody Xu

California Avenue will remain car-free until December 2023, the Palo Alto City Council concluded in a 5-2 vote in late February.

Having been closed to cars since the start of the pandemic, California Avenue’s future has since been a topic of debate in the community. Retailers, restaurant owners and patrons alike have formed opinions over whether or not it should stay car-free permanently.

“I’m really enjoying it [California Avenue] being closed down,” Stanford University freshman Rose Griffin said. “Getting to come down and walk down the street is really nice, but I can understand why a lot of small businesses would like cars to come through.”

Palo Alto visitor Brad Boeye echoed the sentiment along with emphasizing the benefits for restaurants.

“I love the ability to just be able to walk around the street and not have to worry about cars and so forth,” Boeye said. “I would think it’s a benefit to the restaurants given the additional seating that they don’t have to actually put up capital costs.”

“I’m really enjoying it [California Avenue] being closed down. Getting to come down and walk down the street is really nice, but I can understand why a lot of small businesses would like cars to come through.”

For the street’s multitude of restaurants, the outdoor seating made possible by California Avenue’s car closure can help boost business.

“I think it’s a great idea because it’s kind of like a European environment,” Kali Greek Kitchen employee Matt Hosur said. “Also, California Avenue is not needed for traffic; it’s a dead end if you continue.”

The council also voiced unanimous support for major improvements to the promenade, citing Santa Barbara’s innovative State Street as its main inspiration, but leaving details up to future discussions.

“I’d like them to clean up the streets a little bit neater; there’s a lot of garbage in the area and it just needs some attention,” Leaf & Petal owner Judy Ohki said. “I’d like some more lights on the streets, … and if they could give us some more parking for our customers right behind our store, that would be helpful.”

The Council will hold a future meeting to approve the decision formally.