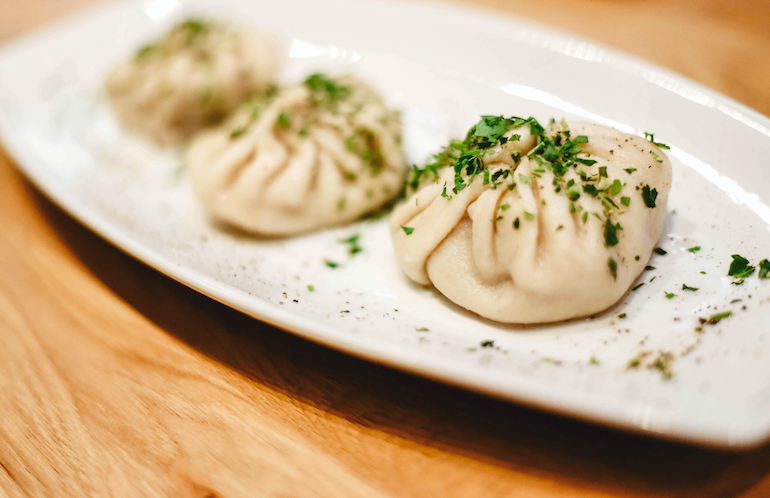 In the Caucasus country of Georgia, food and wine are vital to national identity. It’s not too difficult to understand why — the country is nestled at the crossroads of Asia and Europe, and is said to have attracted everyone from Iranians and Russians to Turks and Mongols in the days of the Silk Road. Combine such a convenient location with the sacred Georgian tradition of supra, or feasting, and you have yourself a cuisine that is as diverse as it is long-established.

At Bevri, which held its grand opening last month on Bryant St., such influences are clear. It’s not only the first, but also the only Georgian restaurant to have staked claim in Palo Alto.

The interior is charming, to say the least. Warm lighting casts muted shadows along the ceiling’s slanted panels, creating an effect that’s harmoniously elegant. The ambiance is only heightened by cool-toned brick walls, taupe-gray wooden flooring and inky espresso accents. It’s not quite modern, but rather a much more refined take on rustic. 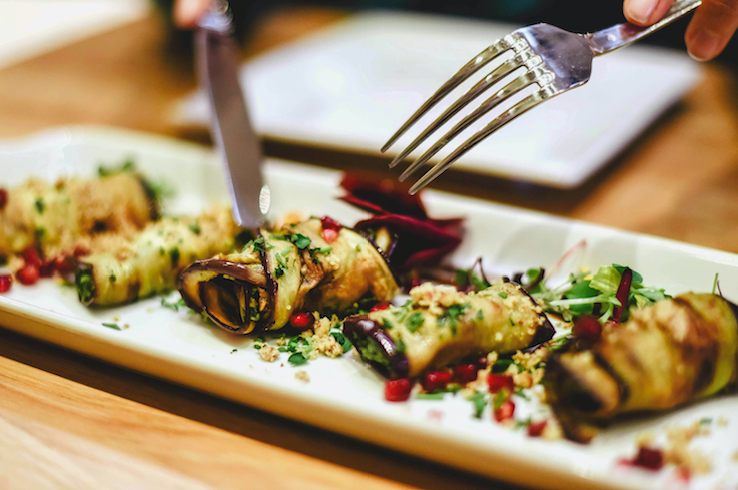 The meal is best started off with the beautifully garnished eggplant rolls ($12). Thin slices of eggplant wrap delicately around a bright yet warm filling of spinach, walnuts and garlic.

The pleasantness of the restaurant’s atmosphere, however, was disrupted by some minor challenges in the ordering experience. Almost half of the menu offerings were dishes written in Georgian, labeled with descriptions that were either vague or entirely nonexistent. Navigating the menu requires constant conversation with the waiters, as well as an attitude that’s on the more adventurous side. The service, fortunately, is warm enough to make up for any of the problems that inherently come with the language barrier.

As would be expected from the atmosphere, the chefs at Bevri present their dishes with a delicate elegance. The eggplant rolls, a classic Georgian appetizer, come artfully plated on a dish adorned with strands of yellow and purple wildflowers. The eggplant is sliced thin, giving every bite a tender introduction into its stuffing of finely ground spinach, walnuts and garlic. Hints of balsamic, as well as a liberal sprinkling of ripe pomegranate seeds, accentuate the dish’s sharpness, which eventually rounds out pleasantly into a warmer nuttiness. 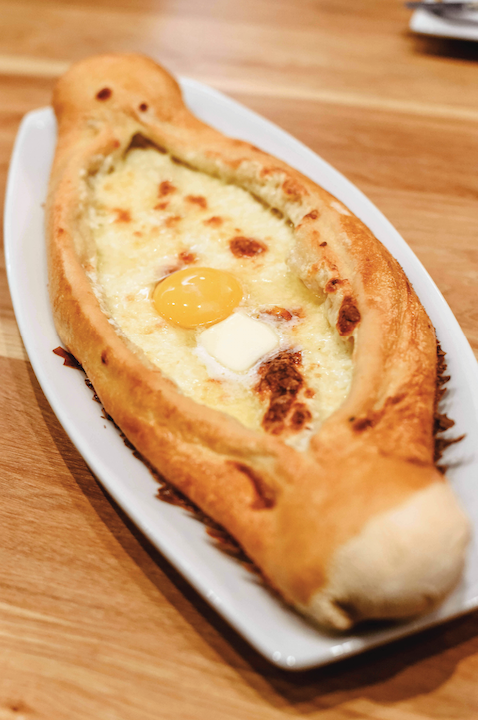 Khachapuri Adjaruli ($14), Georgia’s national dish, is a unique one. It’s a hearty, cheese-stuffed bread that’s topped with a partially-cooked egg as well as a pat of butter. Tradition calls for first swirling the buttery filling into cohesion and then dipping into it with hand-ripped pieces of bread.

The Georgian salad, in contrast, is underwhelmingly bland. While the dish is no doubt attractive, featuring vibrant tomatoes, spiraled red onion and coarsely chopped walnuts sitting atop a bed of leafy greens and cucumber, its flavoring is painfully one-dimensional. The simplistic vinaigrette is pleasant but unremarkable, and it failed to address the salad’s palpable lack of distinguishing “Georgian” characteristics.

Even those unfamiliar with Georgian food may recognize — or rather, think they recognize — khinkali. It’s a Georgian dumpling dish, but it looks almost identical to the more distinguished Chinese soup dumplings. They’re both loaded with a rich, meaty filling that’s sealed off with soft pleats. Bevri’s khinkali are sprinkled with flakes of mild cilantro and stuffed with a black-pepper-spiced blend of beef and pork. It tastes slightly gamey, but it’s enticing rather than off-putting. The skin is also doughier than its Asian counterpart, a result of it being boiled instead of steamed.

Khachapuri, Georgia’s national dish, is arguably the singular icon of the country’s cuisine. In fact, it’s regarded by so many as a staple food that the price of khachapuri is used as a measure of inflation in Georgian cities. Our server describes it as “cheesy bread,” but it’s a bit more complex than that. It’s a hearty bread baked into an eye-shaped boat, the rough, golden crust acting as a well for heaps of melted, tangy cheese. The whole dish is finished off with a generous pat of butter and a raw egg that’s cracked on top of the khachapuri after it comes out the oven. This way, the residual heat slightly sets the egg white while still preserving the yolk’s luscious, runny texture. 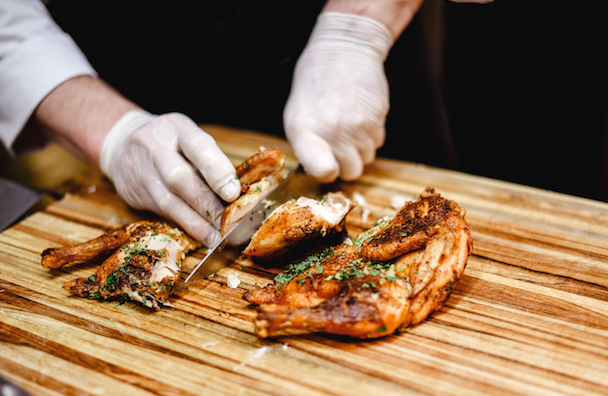 Tapaka ($26) is a traditional Georgian dish that comprises of an entire pressed chicken. Enjoy a palatable mix of crunchy skin and tender meat, accompanied perfectly with a sour plum sauce called tkemali.

After mixing together the khachapuri’s contents with a fork or knife, the best way to eat it is with your hands. The act of ripping off pieces of the freshly baked bread and dipping it into the buttery cheese mixture is not only an enlightening cultural experience, but simply just a delicious pleasure in itself.

A Georgian, pan-fried chicken called tapaka is all golden-brown, crackly goodness when it arrives at the table uncut and whole. It’s accompanied by tkemali, a sour plum sauce with an edge that’s both bitter and sharp. The two together yield a harmonious combination, the garlicky, tender richness of the chicken delightfully invigorated by the brighter tanginess of the sauce.

The experience of Bevri is one that’s surprisingly refreshing among the other more familiar tastes that dominate Palo Alto’s downtown scene. The restaurant is rustic and modern, delightfully impressing with carefully thought-out flavors and stunning presentation. However, it’s the excitement of experiencing a new culture that gives Bevri its raw elegance.