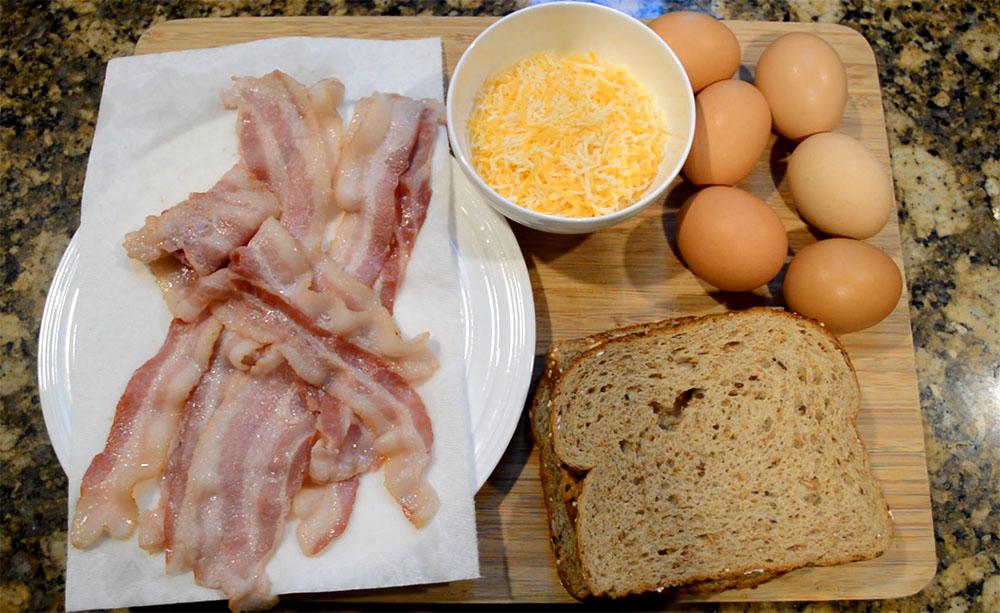 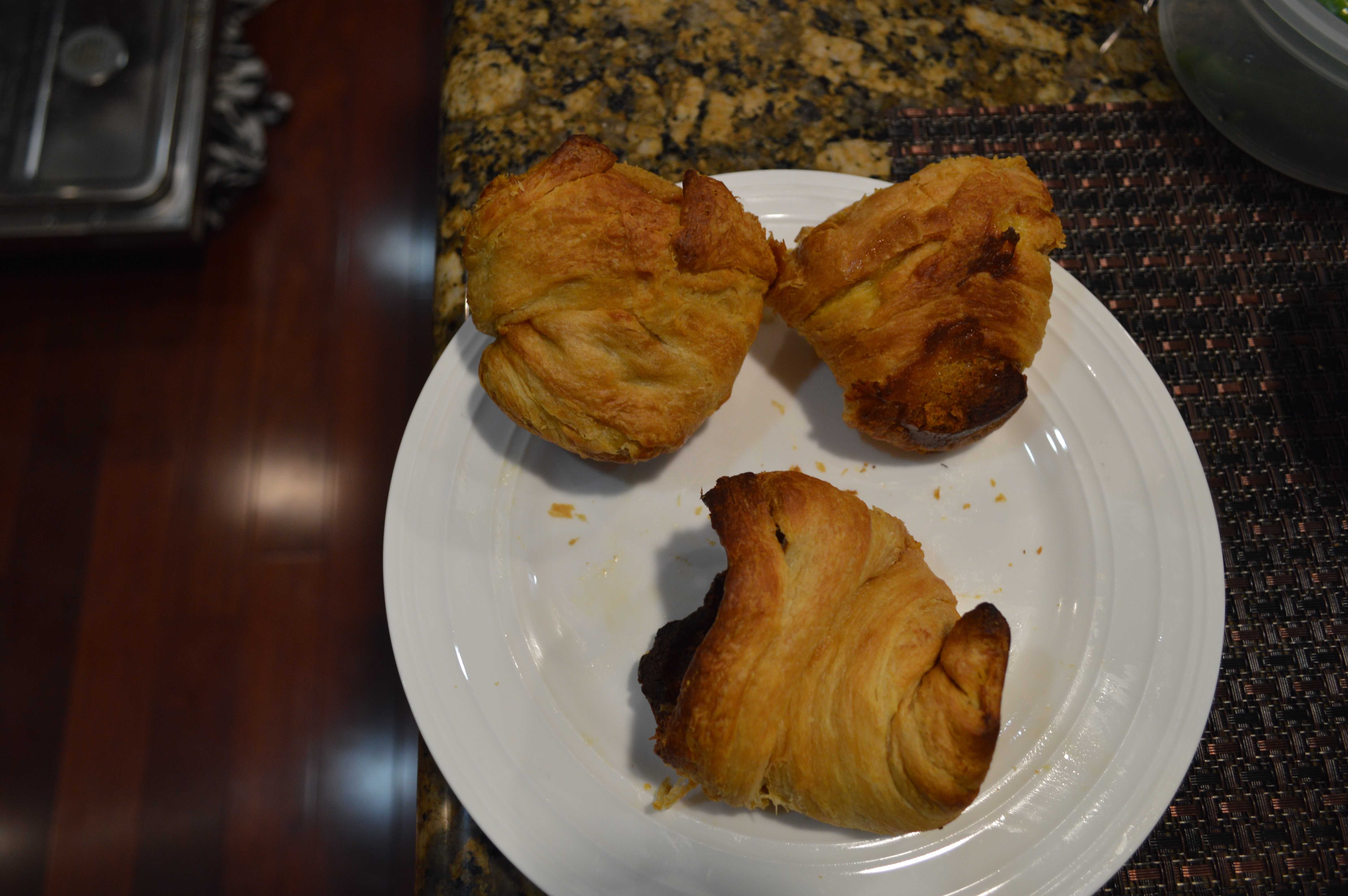 The pumpkin pie cones came out looking quite sad and misshapen.

2) Cover cones with oil, then get out puff pastry and roll it out.

3) After rolling pastry out, cut it into 1 inch strips and brush with water.

4) Begin rolling the pastry onto the cone molds.

7) Take the cones out, take out of mold,nd pipe pumpkin mixture into the cones.

The cones didn’t hold up — maybe I needed to make them thicker; also, I baked them for too long, so they looked burnt. Although, if I hadn’t baked them as long as I had, the pumpkin filling wouldn’t have set.

Flavor: The “cones” tasted fine, and were nice and buttery. However, I used store-bought dough, so that’s probably why they tasted so good. The pumpkin filling wasn’t very sweet, so I would recommend adding more sugar.

Level of difficulty: If not for the cones, they would’ve been pretty easy to make. Unfortunately, because the cones were the most important part of the whole recipe, I can’t say that these pumpkin cones were great.

These mashed potato balls were delicious hot out of the fryer.

3) Flatten a lump of mixture into a circle, then put a cheese square in the center.

4) Surround the cheese with the mixture.

5) Cover in flour, then beaten egg, then breadcrumbs, then egg again, then back in breadcrumbs before frying for 5 minutes in 350 degree fahrenheit oil.

6) Take out, drain excess oil on a paper towel, and sprinkle with salt.

These were fairly good! They were very messy to make, but were worth the effort.

Flavor: The crispy outer shell and mushy potatoes contrasted amazingly right after frying, but because the crust turned soggy once they were cold, they didn’t taste as great. The sharpness of the onion came through and gave the  otherwise heavy flavor a hint of freshness and the bacon gave a nice salty chew.

Level of difficulty: If you don’t know how to fry things, this was kind of hard. All the other steps, however, were easy to execute. 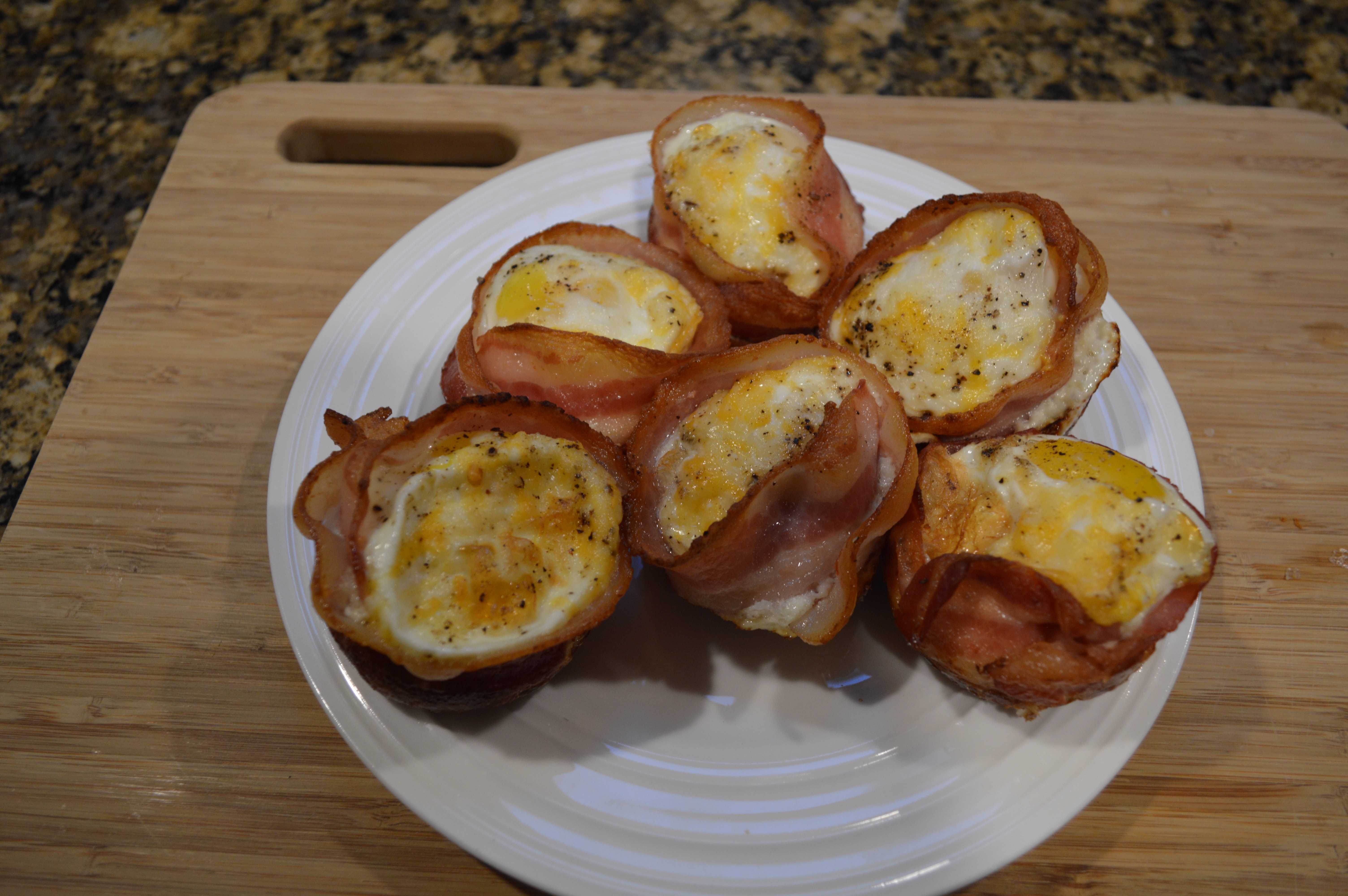 These bacon egg cups were extremely easy to make, and the different textures played with each other well.

3) Press the bread circles into a greased muffin tin.

4) Take slightly cooked bacon and line the side of the individual muffin tin with it.

5) Sprinkle the top of the bread with cheese.

7) Top each one with cheese.

These were the best! They were yummy, easy and a simple clean up. If you like a runny yolk, I’d bake these for less than 15 minutes.

Flavor: They tasted pretty good, though like the potato balls they should be eaten hot. The bacon wasn’t as crispy as I was expecting it to be. My egg was over-baked and wasn’t as runny as I would’ve liked it, but that was on me for baking them too long.

Level of difficulty: These were by far the easiest recipe to make; a 3 year old could make them.